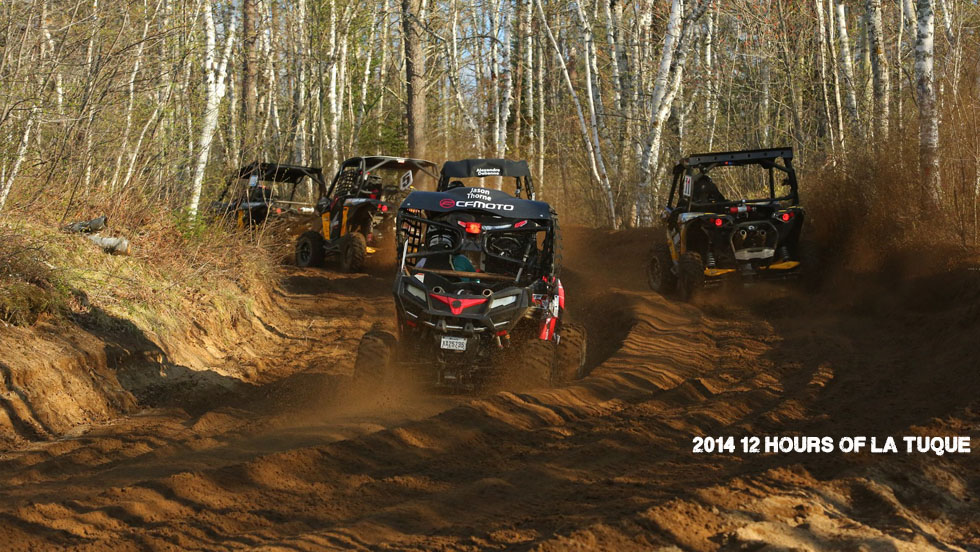 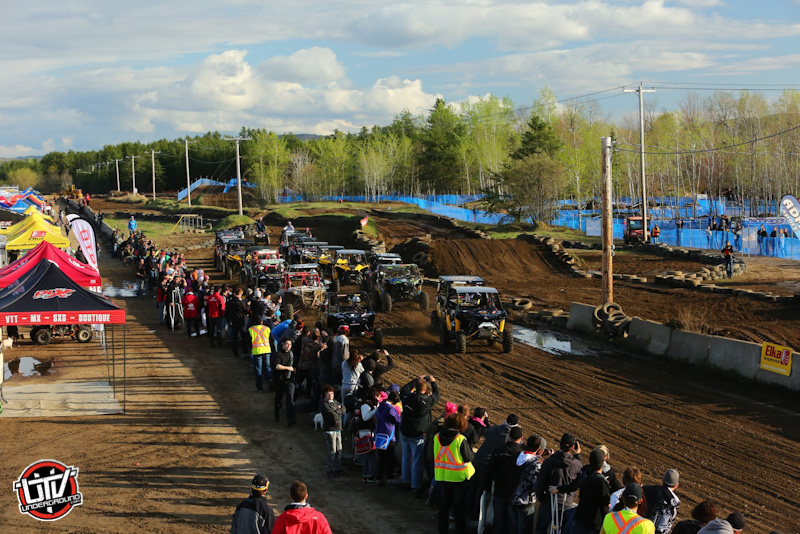 The 12 Hours of La Tuque Endurance Race is Canada’s premier off-road racing event that features vendors, live concerts and of course racing complete with ATV, Side X Side, Enduro, Trial and Pit Bike competitions. With a long standing, 12 year history, the town of La Tuque hosted the off-road community in a grand way May 16-19, 2014. Located 3 1/2 hours north of Montreal, this is one of the most scenic places you will ever travel too. Rivers run along the highway on one side as waterfalls cascade down the earth on the other.

Although not a very large town, what La Tuque lacks in size, they make up for in pure excitement and passion for off-roading. Can you blame them, with such beautiful country right in their back yards? La Tuque is a city located in north-central Quebec, on the Saint-Maurice River. The race is set up smack dab in the middle of town and as the weekend progressed, the tracks of mud entering and exiting the town were rolled out like a red carpet. Everywhere you looked there were vehicles hauling bikes, side X sides, and ATVs.

Myself and the UTV Canada crew arrived Thursday night and after a long day of flying and driving, nothing sounded better than a warm bed, which we found quickly! Friday started off with a bang as trailers, racers, and spectators were showing up in swarms! Our booth was a quick set up so we took advantage of the free time and enjoyed a traditional French cuisine down by the river reveling in the fresh air, lack of traffic, and solitude before the chaos ensued.

Saturday morning arrived as did some less than desirable weather; dark clouds rolled in through the sky like waves on the beach. Rain was soon to follow but if you think that stopped the race, you are dead wrong. The motorcycles roughed it through the obstacles, forest, and infield track covered in mud and grim and still wrapping that right hand back and competing to the maximum! As the UTVs began their first 1 hour leg of the 2 hour race, the rain cleared just long enough to enjoy some of the best racing that I have ever witnessed! Vying for the most laps around the very demanding course, all drivers competed fiercely and left all they had out on the track in the series of infield jumps, tight trail sections and steep inclines!

With the final day upon us, Sunday proved to step up with plenty of sunshine to cheer the mood from the rain on Saturday. The track was prepped and in pristine condition to get torn up as soon as the flags dropped. That is EXACTLY what happened! The UTV race was a full blown attack on the terrain with drivers pushing the limits of not only the units but themselves! David Ivichek in his Arctic Cat Wildcat ran a solid race both days in the stock class and took a first place for his team. Marin Horik managed to take his Can Am Maverick to the top of the podium for the unlimited class with a first place overall for the UTVs and was thrilled not only about the win but about the race itself.

Entries have doubled in the 12 Hours of La Tuque since last year and race promoters are confident that continued growth is in the future for this awesome race! The experience was priceless and we were proud to be a part of it.