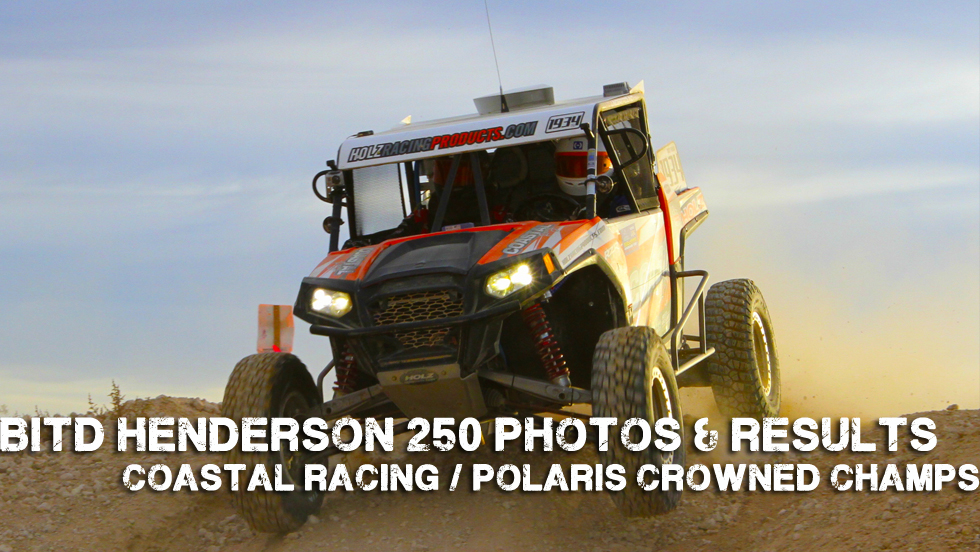 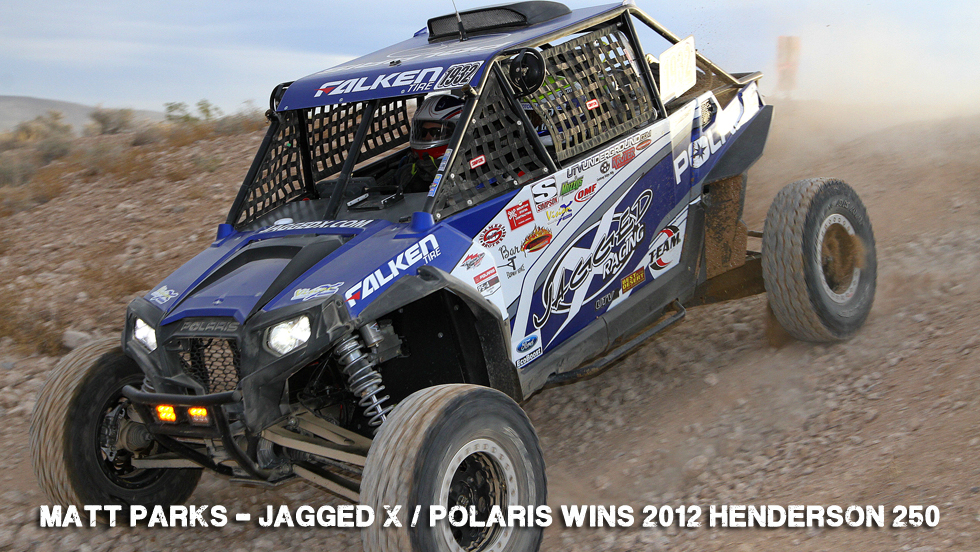 UTVUnderground.com was excited to attend and cover the final race of the 2012 BITD racing season from Jean, NV at the Henderson 250. After an extremely close battle all day long Jagged X racers Matt Parks and Brandon Schueler would finish 1 & 2 in the Pro UTV class with Bill Schueler in the 1991 Sportsman UTV finishing 1st in his class.  It was a solid performance for the Jagged X / Polaris team who has suffered numerous set backs this season.  To finish on a high note was solid for the team and the racers.

Not to be overshadowed was the 1934 Coastal Racing team of Scott Kiger and Mark Holz who after finishing 4th physical but 3rd overall on corrected time would clinch the 2012 Pro UTV season championship. It was a well deserved championship for the team who performed amazingly well all year long!  Congrats to the entire Coastal Racing / Polaris team on their championship season.

It has been a big race and year not only for the racers but also for a couple select sponsors as well such as Kroyer Racing Engines and Walker Evans Racing so congrats to those companies. Polaris Industries will surely be celebrating this win after their teams have battled fiercely with the Can-Am team of Murray Racing.  The Murray’s put up a strong battle all season long and well into this race finishing only one position physically behind Kiger and the Coastal Racing machine. Had these results held up the Murray’s would have walked away with the championship but due to corrected time moving Coastal in front of Cognito for 3rd place it gave them the points needed to just edge out the Can-Am team of Murray Racing.

We will post official times and results as they become available.  In the mean time, thank you to all of the racers, teams, and companies who continue to support UTVUnderground.com!