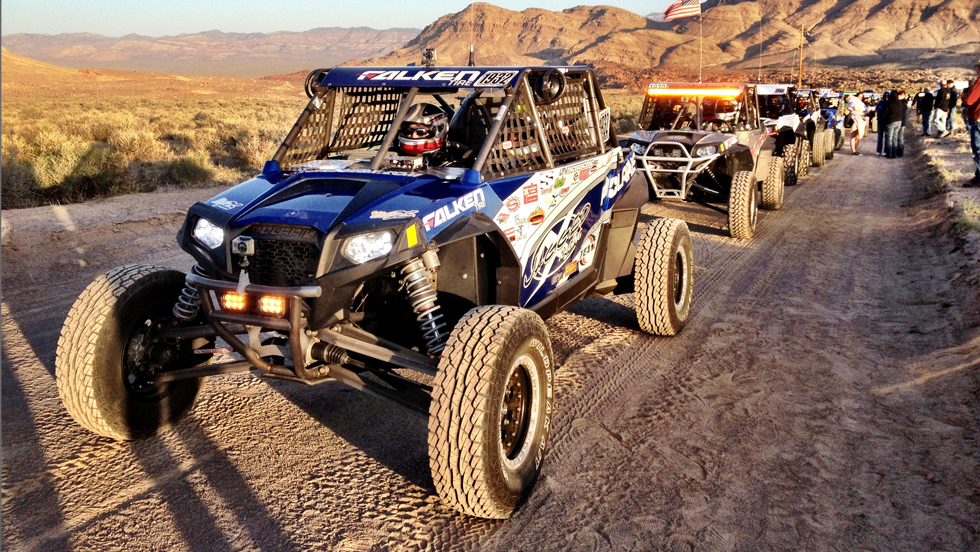 Another awesome BITD desert race is in the bag! 21 UTV’s in all lined up to take on this fast scenic course that started and finished in the Alamo, NV area. Brandon Schueler in the 1919 Jagged X Polaris RZR4 XP900 would lead most of the race as the first UTV on course but it would be a hard charging Mark Holz that would take the win by finishing just a little over :30 seconds ahead of Schueler on corrected time. The Can-Am Commander of Cory Sappington would round out the Unlimited UTV podium with yet another podium finish for the Dezert Toyz race team!

Worth mentioning was the win in sportsman UTV by none other than Jagged X team captain Bill Schueler and first time race driver Craig Scanlon. Scanlon who is in charge of the Polaris Industries Off-Road Division took his place behind the wheel and turned off an impressive first place finish in sportsman and a 9th place overall finish. Not bad for a couple of guys out to have fun!

The race as previously mentioned was a fast one. Lots of high speed mountain roads made up this 300 mile course but don’t be fooled, there was some serious obstacles to contend with including water crossings and silt! UTV’s continue to prove themselves and as each race goes on they make a few more heads turn, and even a few heads roll as some in the sport complain that they now belong at the back of the Car and Truck field.

UTVUnderground.com would like to thank as always each and every racer who supports the site by running the UTVUG colors on their cars! Nothing makes us more proud then to see those stickers on your race cars and for that we thank you! Its always a blast to come out to these races and return the support by taking pics, shaking hands, and having a few laughs. See you all at V2R!!

Click Here for MORE from UTVUnderground.com and the SS300 Race