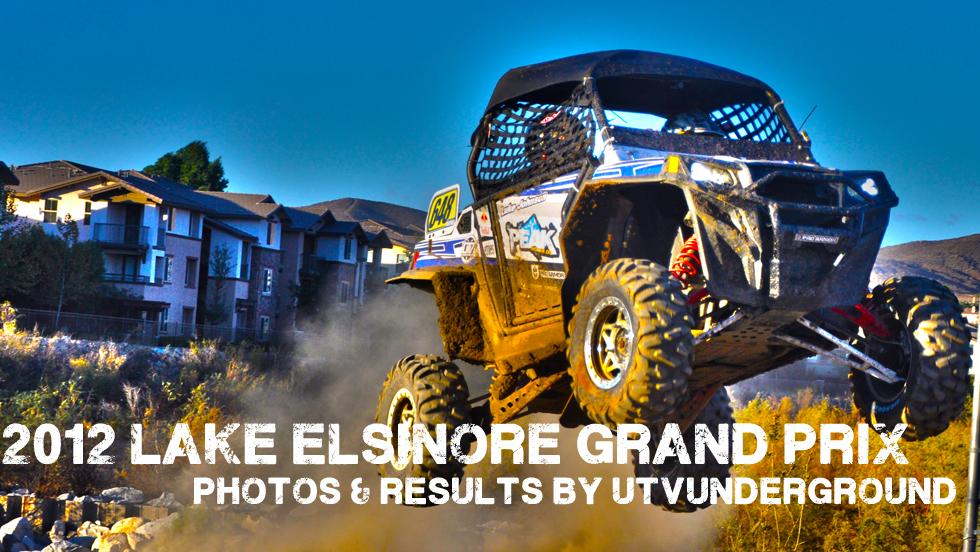 Story & Photos by: Rusty Baptist // UTVUnderground.com
The 2012 Lake Elsinore Grand Prix once again invaded the Lake Elsinore Storm Baseball Stadium this past weekend in the popular MX town of Lake Elsinore, CA. The cool and crisp weather had rolled into Southern California along with almost a 1000 racers for the weekends long awaited 44th annual event. The allure of this race brings around 1000 Pro’s, Amateur’s and weekend warriors together to compete at the same level on a course that runs through the streets and back roads of Lake Elsinore. The last of a dying breed of events in California where an off-road race actually takes over the cities streets. 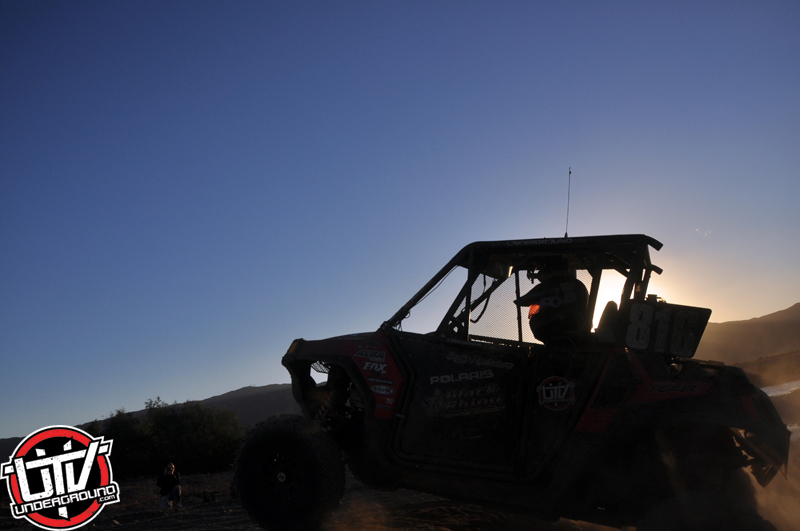 While the MX race is the flagship race at the LEGP, the ever growing UTV race is always a fan favorite. With the speed of the machines increasing and the dependability improving, more and more people want to get behind the wheel and take on this popular event in their very own UTV’s. With 3 UTV classes (UTVcross Modified – UTVcross Stock – UTVcross Super Stock) and 40 plus cars competing on 7 mile’s of rocks, water crossing’s, mountain trails, sand washes and MX style jumps there was no shortage of action. Each class would need to complete as many laps as they could in a 45minute moto. As is the case with almost all major UTV events, UTVUnderground.com was on the scene to take in the weekends events and racing action! 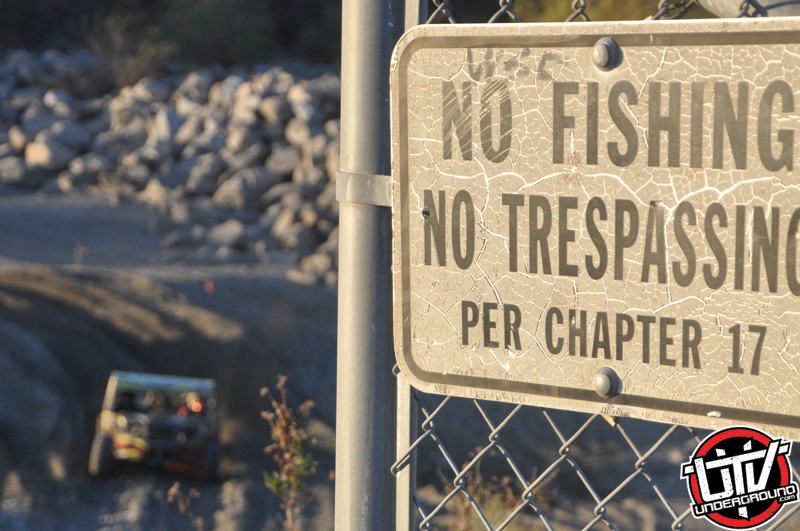 UTVcross Modified is the official unlimited UTV class at the LEGP. This class has everything from full custom factory race UTV’s to one-off street bike powered UTV’s. 14 UTV’s in all would take the green flag in what would be the fastest class in the LEGP UTV race. UTVUnderground.com racer and Lake Elsinore local, James Hill of IMG MOTORSPORTS, would end up being the class winner in a fairly stock Polaris XP900. James Hill took the hole shot and the early lead. He was able to extend his lead by nearly 15 seconds by the end of the 1st lap and he never looked back. He completed 3 laps within the 45 min time limit. Luke Johnson (the son of famed MX/SX racer Ricky Johnson) and another UTVUnderground.com racer took 2nd place in his Polaris RZR XP900. Luke was debuting his new XP900 that UTVUnderground.com helped get dialed in for him the week leading up to the race. Joseph Bitto would round out the podium and take 3rd in his Polaris RZR XP900. Luke and Joseph ran a good race battling each other the entire time but just couldn’t reel in the checked out James Hill. Professional off-road racer and 2012 Lucas Oil Off Road Racing Pro-4 champion and Monster Energy athlete Kyle LeDuc would bring out his RZR XP900 to also compete. He ran fast and hard all day long but a flat tire would end his day and his chance at reeling in the top spot.  The Polaris RZR XP is still the car to beat when it comes to UTV racing and the LEGP proved that once again. 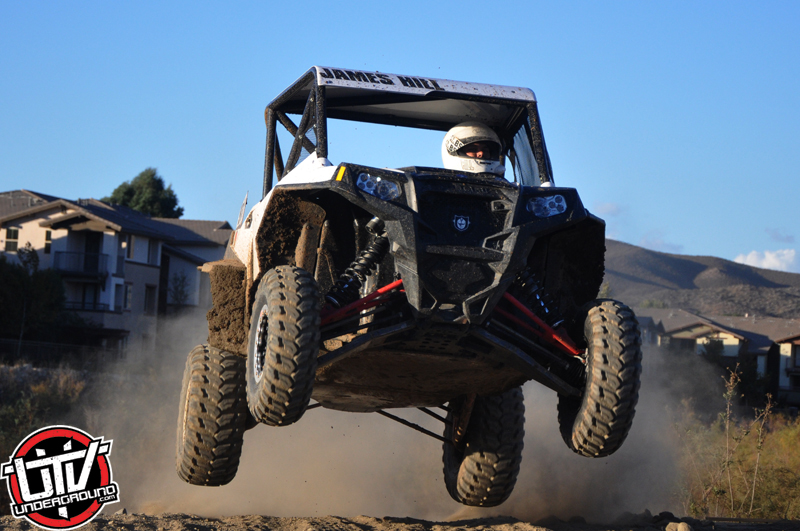 UTVcross Super Stock is a limited class allowing some modification including suspension and exhaust. UTVUnderground.com racer Cody Rahders (2012 WORCS Production 700 Champ) showed up early with his UTVUnderground.com/Cognito/Polaris RZR570 to take on this fun and exciting event. 11 cars would line up to take the green flag in this class that also included Ronnie Anderson with co-dog and big brother RJ Anderson in their Walker Evans Racing/Holz Racing/Polaris RZR570. The Superstock class had to deal with some serious dust due to all the UTV’s ripping up the track in front of them. When the dust settled it would be Cody Rahders in his RZR570 taking home 1st in class and 5th overall. 2nd place would be Dan Harris with Brain Pevehouse in his Rotax motor swapped Rhino taking home 3rd. 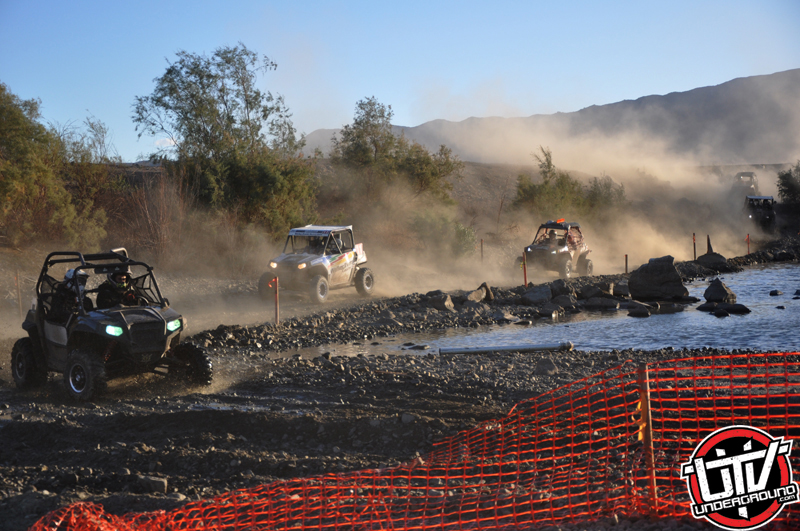 UTVcross Stock is intended for the showroom floor stock units with the required safety features added. This is a very popular class at the GP Level because almost anyone can race using their weekend toy. 15 machines of every make and model would line up in the Stock class to take on the LEGP with Jared Pope taking home the 1st place trophy! Chris Gonzales would take home 2nd and Jim Cirivello 3rd. 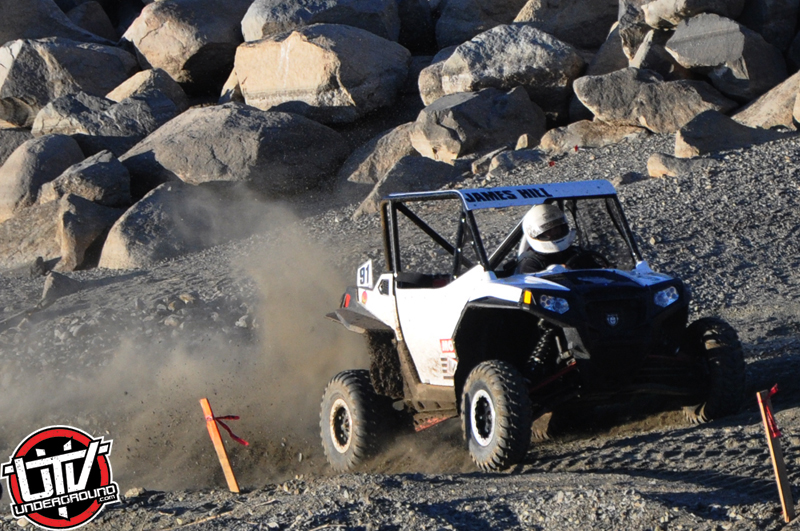 The finishing rate was very high for this race which always makes it fun. UTV racing is growing faster than ever and events like the LEGP give people who are thinking about racing a chance to enter on a limited budget, with limited modifications to their machine and find out what UTV racing is all about. Without a doubt the LEGP is a one of a kind event not only here in California but also across this ever growing sport of UTV racing. Where else do you get a chance to rip your UTV, Bike, or Quad around streets legally that normally you would be getting arrested for!? The LEGP once again reminded us of just how tight the UTV family still is. After the race a group of racers gathered to share stories and a few cold ones. The beauty of UTV racing is if you want to be part of the action, all you got to do is just visit your local dealership and pick up a UTV. You too could be the one next year telling stories at the finish line! 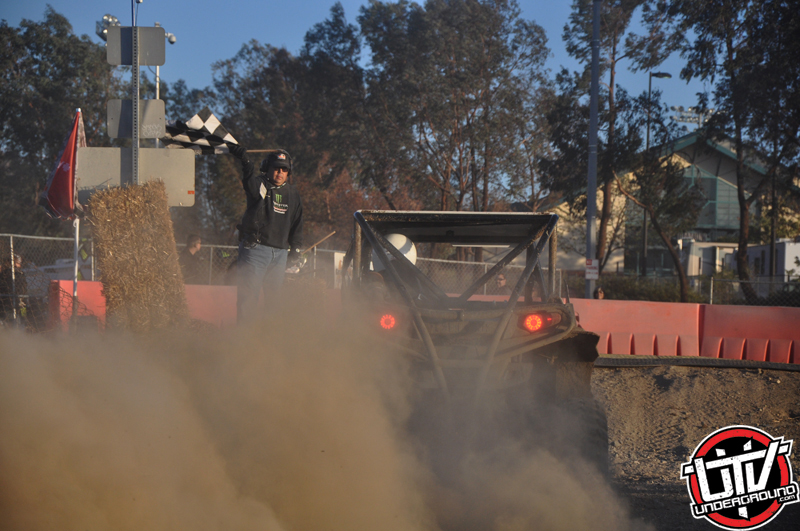 UTVUnderground.com as always wants to thank the fine people who put on the Lake Elsinore Grand Prix.  44 years and running is quite the accomplishment.  We also want to thank all of the racers, fans, and sponsors who continue to support UTVUnderground.com on and off the track.  Its always a solid feeling seeing you guys and girls shredding the dirt and rocking our colors!
Until the next green flag………..