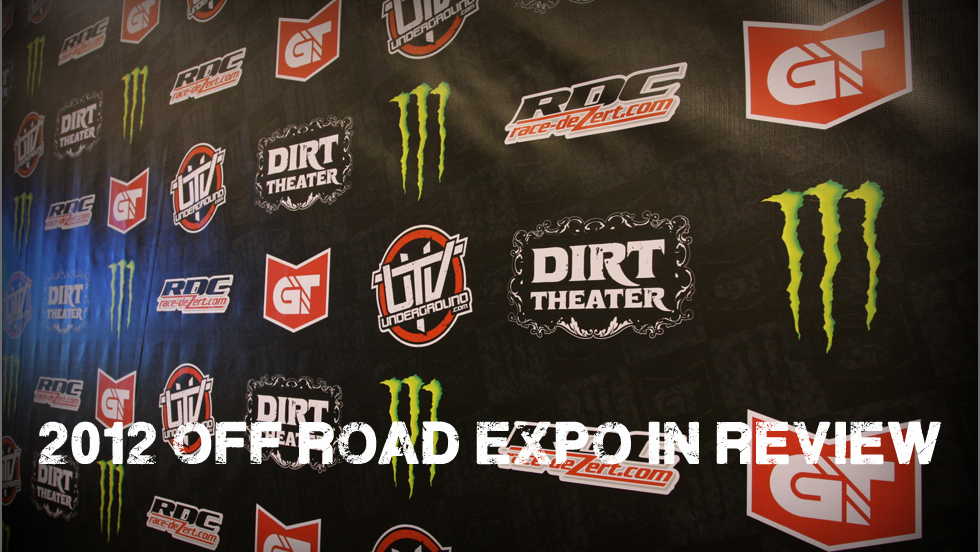 Another Off Road Expo is in the bag and here at UTVUnderground.com & Race-Dezert.com we feel it was the best Off Road Expo to date. Many factors leave us with this opinion, the vehicles were on point as expected, the people were fantastic, new products were introduced and on top of all of that we gained a sense that off-road and off-road racing was once again growing. Last year’s event hosted a community still grieving from the tragic California 200 accident. Not without remembrance, this year’s show was all about the positive and future of off-road.

While attendance numbers have yet to have been released we spoke to many who thought that attendance was up over the last year. We tend to agree, as it seemed that our booth was rarely without a crowd. Race-Dezert has been in attendance at the Off Road Expo for over 10 years and UTVUnderground.com made this year the 4th in a row so we feel we have a pretty good pulse on the show. In addition, it’s always a show we look forward too! 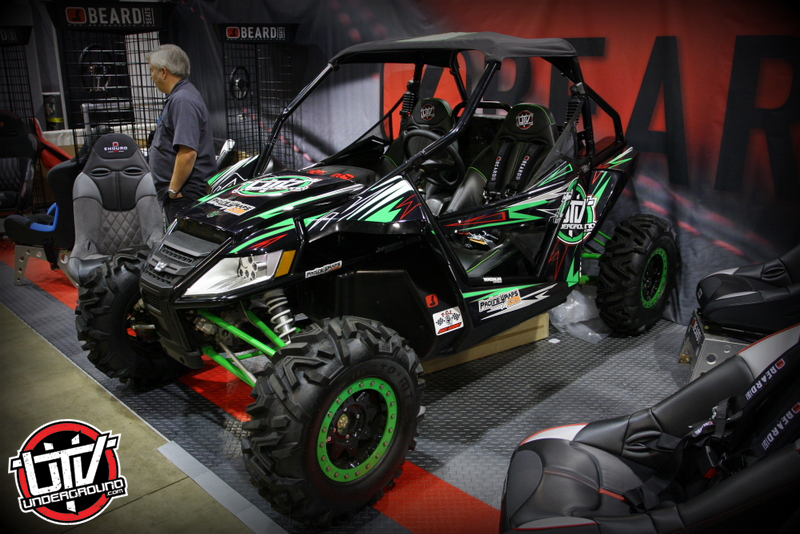 This year we at UTVUnderground.com and Race-Dezert.com did something we had never done before in that we partnered together and also linked up with Mad Media’s Dirt Theater to produce one of, if not the largest indoor booth’s in the show. Together our 100ft monster booth featured all of the awesome products our readers, members, and fans have come to expect and some they may not have been expecting. The booth which featured apparel from The Mint 400, UTVUG, RDC as well as videos from Dezert People and Tuba Art Films never had a dull moment.

Without a doubt the most exciting moment was the Dirt Theater premiers of the 2012 General Tire Mint 400 show produced by Mad Media and the all-new Dezert People Money Shots DVD. Both premiers forced the booth to standing room only status as attendees looked on as the giant LED movie screen sponsored by General Tire and Monster Energy displayed some of the industries hottest off-road racing footage. The New Mint was more than a show, it was a full feature movie and somehow Mad Media found a way to once again one up themselves in this production. The same could be said for Curtis Guise, creator of the famed Dezert People series who took all of the “Money Shots” from his previous 9 DP videos to create the ultimate desert racing highlight video. In between airings of the 2 premiered videos were showings of Tuba Art Films 2012 creation “Braggin’ Rights” which had attendees and off-road racing fans ohhhhhin’ and ahhhhhhin’ the whole time. Monster Energy short course highlight videos from Mad Media rounded out the on-screen entertainment making the booth the most entertaining of the show. 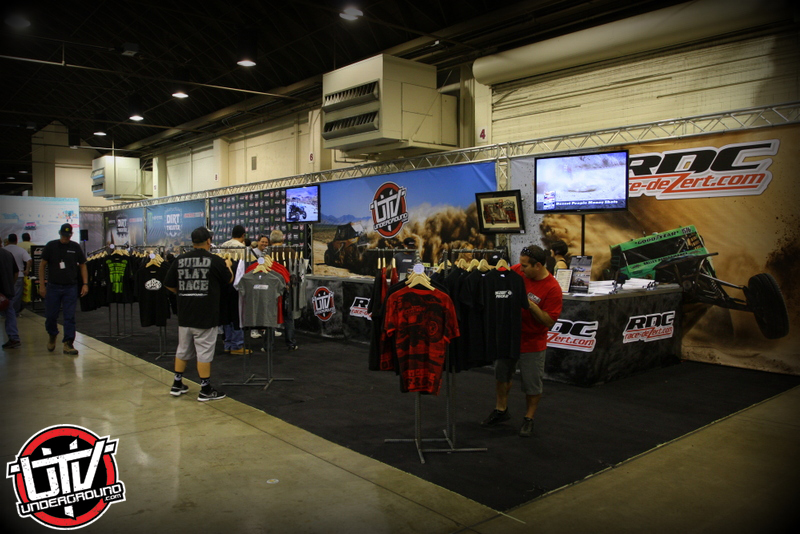 Adding to the excitement at the Race-Dezert.com / UTVUnderground.com / Dirt Theater booth were the celebrity signings that were hosted. The sports hottest racers signed autographs on posters, hero cards, and other forms of swag and took pictures while the Monster Girls entertained the attendees by taking photos with and interacting all weekend long. Racing stars included Garrick Freitas, RJ Anderson, TJ Flores, Carl Renezeder, BJ Baldwin, Justin “Bean” Smith, Chad George, Larry Roeseler, Brian Deegan, Kyle LeDuc, Josh Daniels, Adam Householder, Mikey Childress, Harley Letner, Jerry Welchel, Jerry Zaiden, and Rodrigo Ampudia. We want to thank each and every one of these guys for spending time doing what they did at the booth. It is always great to see them interact with their fans, especially the youth!

Believe it or not there was some excitement outside of our RDC / UTVUG / Dirt Theater booth as well! Lucas Oil hosted a demo on Sunday that featured many of the off-road nations racing stars on a dirt track on the shows grounds where they turned off donuts and jumped their machines putting the crowd into frenzy. The annual bikini contest was hosted outside as well and as usual some lucky hottie got crowned and was awarded a prize pack while the men looking on were given an award of their own! SCORE International hosted their Baja 1000 drawing on Saturday that drew a crowd to their “SCOREVille” booth. On Friday night the Off Road Hall Of Fame hosted their annual induction ceremony where BITD ringleader Casey Folks and off-road racing legend Larry Roeseler were inducted and celebrated. 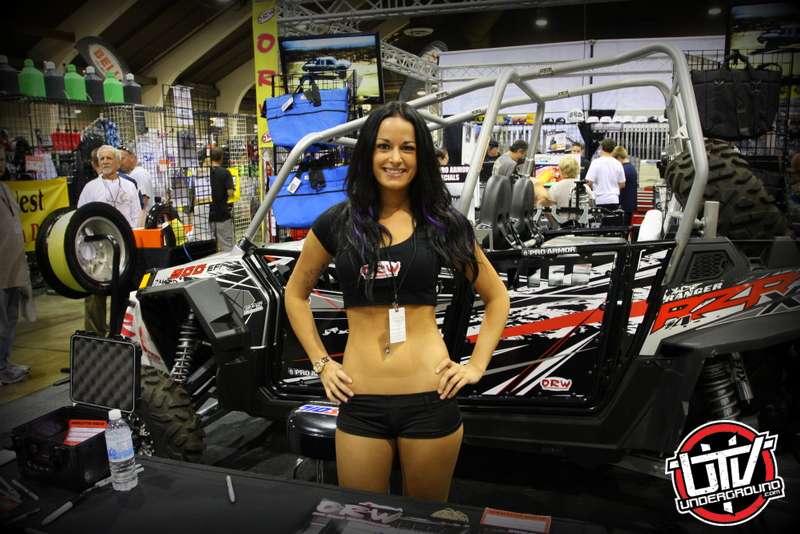 It seemed as if every booth had something cool to giveaway or offer in addition to showing off some of the industries newest and most exciting products.  In all, the 2012 Off Road Expo once again gave off-road fans and enthusiasts a place to come together and check out the latest and greatest in products and custom race and play machines. Plans for 2013’s show are already in place and as was the case this year we are sure next year will be bigger and better.

UTVUnderground.com wants to thank each and every member, reader, and fan that stopped by our booth this year to pick up a shirt, sticker, video, or just say hello and hang out. We also want to thank our partners Race-Dezert.com and Dirt Theater for helping make this years show the best we have had. It’s also important that we extend a special thank you to sponsors Monster Energy and General Tire as well as Mad Media for making Dirt Theater the best it has ever been. If you missed our booth this year, or the show in general then make sure to mark it on your calendar for next year. We promise you, you don’t want to miss it!