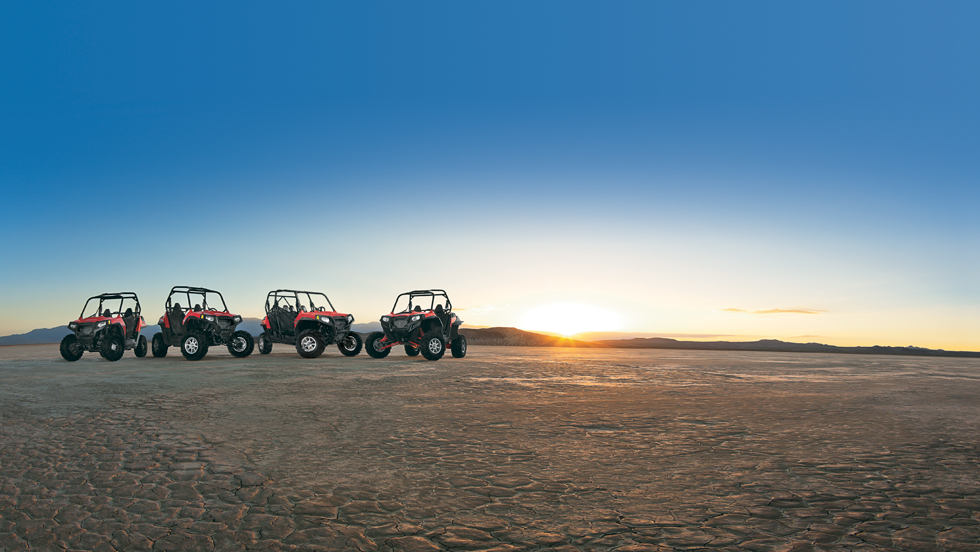 Since the introduction of the RANGER RZR 800 in 2008, Polaris has continued to evolve its RANGER RZR line by aggressively launching new models for every
recreational segment. Model year 2009 saw the only-sport RANGER RZR S 800 and 2010 the only 4-seat performance sport Side-by-Side, the RANGER RZR 4 800.

The newest member of the RANGER RZR family, the RANGER RZR XP 900, introduced the industry to a whole new class of Side x Side that took the ultimate combination of power, suspension and agility to the extreme. The RANGER RZR XP 900 will continue to offer all of the aspects that make it the most extreme performing Side-by-Side on the market; 900 Twin DOHC Electronic Fuel Injected (EFI) engine, 3-Link Trailing Arm Independent Rear Suspension (IRS) with 13-inches of ground clearance and 14-inches of travel, and a light vehicle weight with a low center of gravity for unmatched cornering with the addition of few upgrades for 2012 to give the unit even more extreme performance. For quick suspension adjustments, the Fox 2.0 shocks feature new, convenient compression adjustment knobs for tool-less tuning. To reduce driveline noise, the unit has a new, rubber isolated prop shaft. For less steering effort and increased maneuverability at slow speeds, Polaris redesigned the front suspension geometry. In the cab, all units feature a new passenger grab bar tube with an anti-rattle bushing for reduced noise.