Home All Stories News 2013 Ford Raptor Round Up Recap 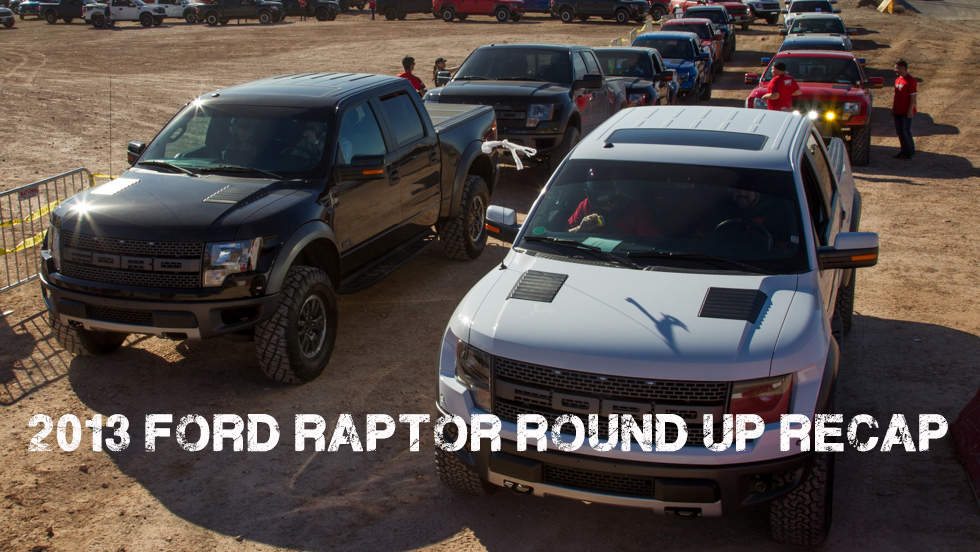 This past Saturday, hundreds of Ford Raptors gathered at the Vegas Off Road Experience (VORE) compound for the 2013 Ford Raptor Round Up. It was an event unlike any other with a remarkable turnout that showed that Raptors are more than just trucks, they’re a community. VORE hosted dozens of vendors and sponsors to add to the experience that was open to the public at no cost. Both Raptor owners and thousands of newcomers got to come test drive a fleet of brand new 2013 Ford SVT Raptors on VORE’s short course track. 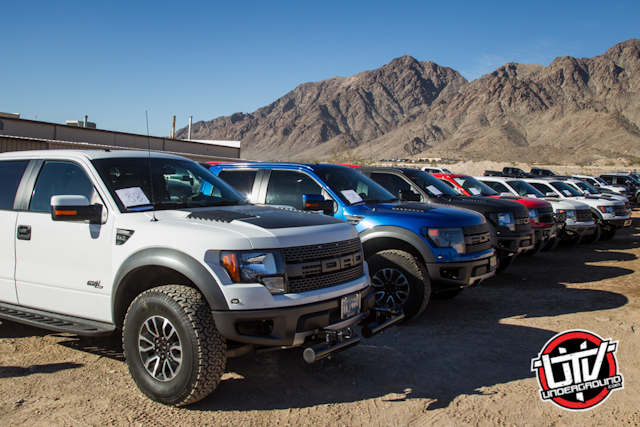 The opening events welcomed current raptor owners to take their trucks to the course. Stock trucks and custom builds alike were let loose on the course to put their Raptors to the test. We met one guy who traveled all the way from Idaho in his truck that was purchased just days before the event. ”This is my first Raptor Round Up event. I bought the truck two days ago and drove the 10 hour drive to be here today,” he said. Mothers Polishes, Waxes & Cleaners were on site to detail all the Raptor owners’ trucks after the session on the dirt, sending them home cleaner then they came. 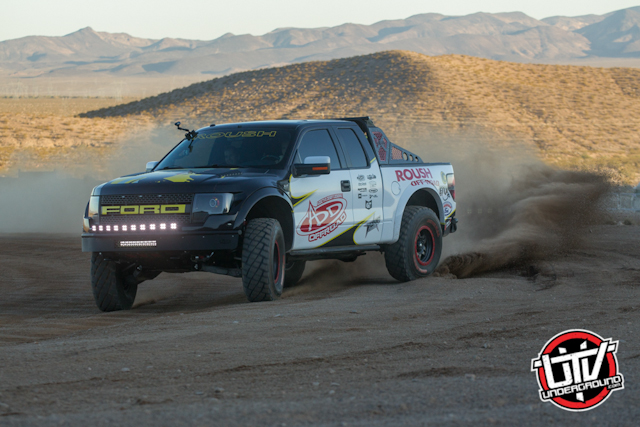 One of the most impressive Raptors at the event was ROUSH Performance’s 2013 F-150 SVT Raptor. The 2013 ROUSH OFF-ROAD Raptor features the new Phase 2 Supercharger Kit for the 6.2L engine that produces a whopping 590HP and 590lb-ft of torque. That’s a gain of 179hp and 156 lb-ft of torque over the factory base performance. 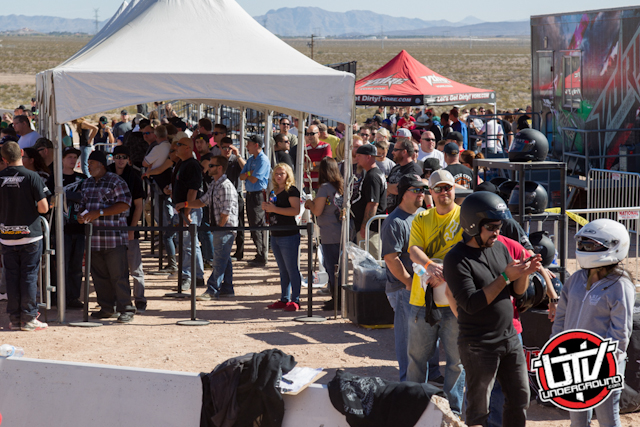 A massive line began to form from the thousands of people who came out to test drive the vehicle. The ride was set up so that each person could take two laps around the closed course. Off-road enthusiasts from all over came to check out the event, including a journalist from England who was in town for the SEMA Show. He was blown away that a company like Ford would bring out their vehicles and let anyone drive them. 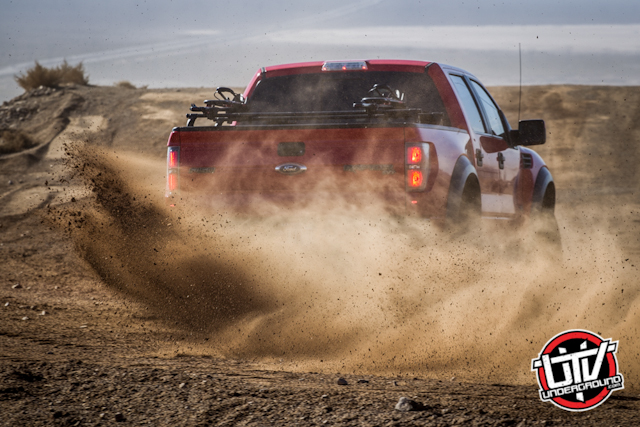 “My flight doesn’t take off until tomorrow. I heard about this event and thought I’d come check it out. In England we have Land Rovers. They’ll let you drive 15 mph and slap you on the hands with a stick if you go faster. Here, I can’t believe that they’ve brought out all these trucks and let anyone drive them. That is crazy,” he said. 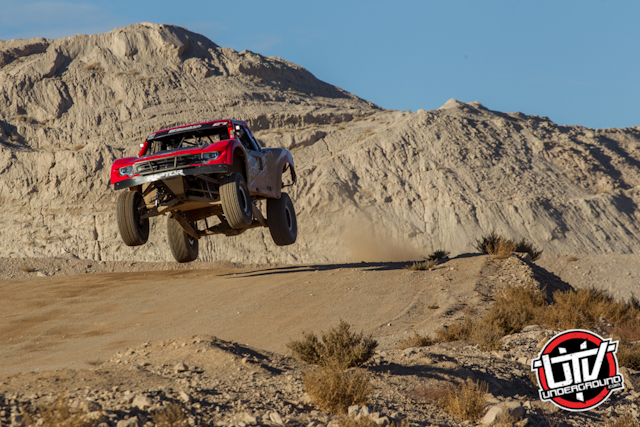 Steve Olliges brought out his Geiser built BFG FOX Ford Raptor and took to the track closed for a Trophy Truck show. He ripped around and hit the jumps to impress the fans waiting in line to test Ford’s Raptor. 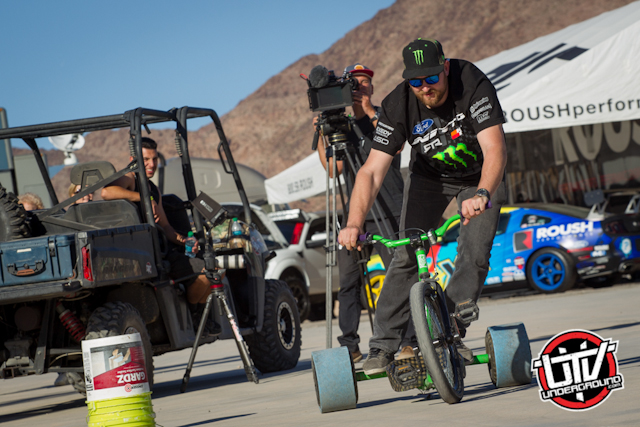 Vaughn Gittin Jr. was also invited out to rage in the dirt. ”It’s a pretty rad event. I got to come out and take the Raptors out on the short course and also jump in the VORE trucks,” Vaughn said. ”The one thing that’s really cool about this event is being out here and hanging out with my people. All the enthusiast, everybody that enjoys motor sports, enjoys playing in the dirt – it’s a good time. Obviously the jumping trucks, getting crazy in the dirt and going door to door was a good time but I’m really just enjoying myself hanging out with everyone.” 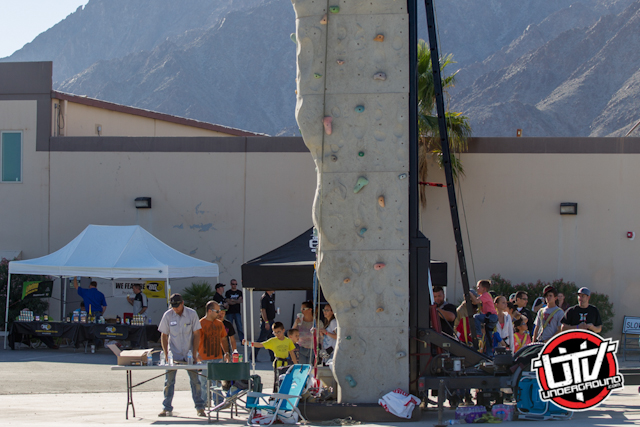 There were many activities at the event that added to the excitement of driving. The VORE helicopter was onsite allowing people to see the event from the air. Gourmet food trucks were be on hand to satisfy everyone’s appetites. The RaptAwards were judged by a blue-ribbon panel, where Raptor owners will competed for a number of prizes. The KidZONE will featured a monster truck bounce house, Raptor simulator, and a rock climbing wall. 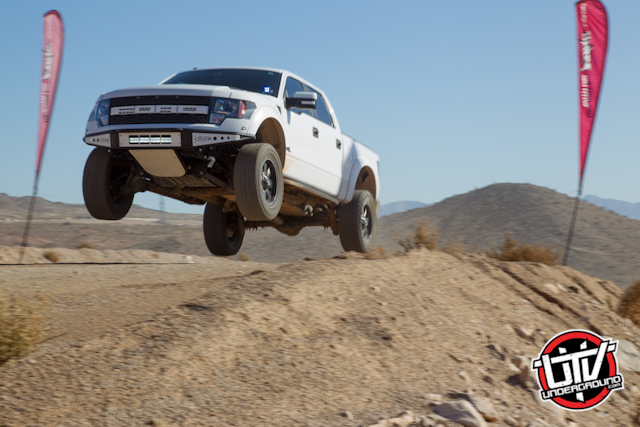 Their raffle to benefit the Nevada PTA featured after-market parts and accessories from all of their partner sponsors, as well as many Las Vegas adventure packages including VORE tours, zip lines, sky diving, gun ranges, golfing and Grand Canyon Helicopter tours. VORE gave away a half day off-road experience through Race-Dezert that included 60 miles of drive time on the same tracks raced at Best in the Desert’s Mint 400. The winner was Patrick Michel of Las Vegas, NV.

The 2013 Ford Raptor Round Up was all about having fun. At the days end, not one person left disappointed. It was a great event that we can not wait for next year. Stay close for a video to drop recapping the days events.