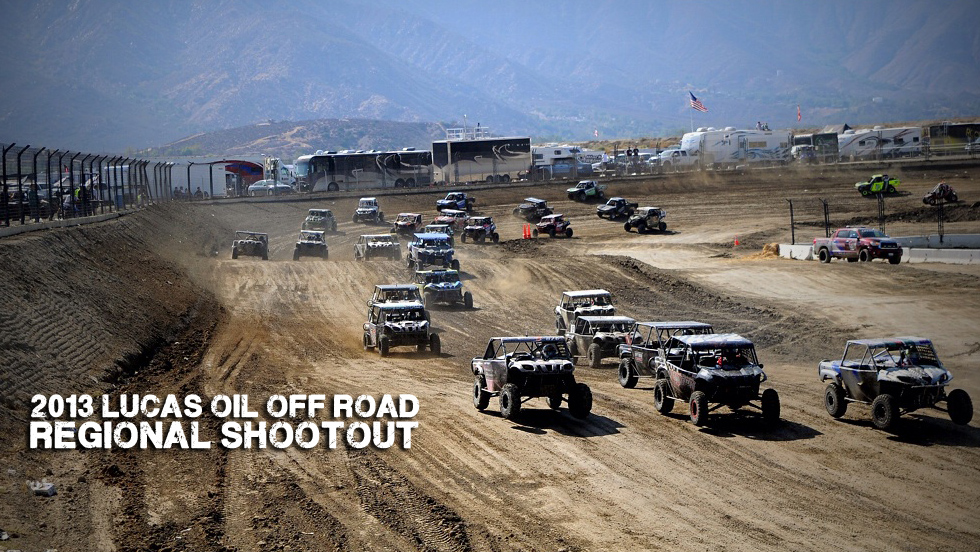 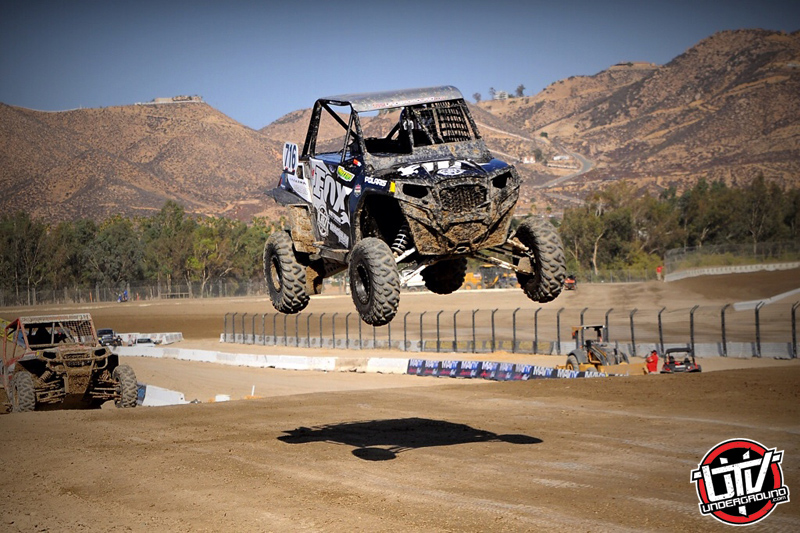 The 2013 Lucas Oil regional series would wrap up in Lake Elsinore CA. The last round has been labeled by Lucas Oil as “The Shoot Out”. This round brings racers from all 3 of the regional series (CA, AZ, UT) and pits them against each other for bragging rights.  With almost 20 SR1’s and 20 Polaris RZR XP900’s this is the biggest weekend of UTV racing all season at the Lucas OIl Off-Road Racing Series.

Racers from Utah, Arizona and California would converge on Lake Elsinore motorsports park on Saturday the 12th. Qualifying was action packed in both classes. In the SR1 class Jason Weller would take the top spot with a 54.09 and a top speed of 66.58mph. Brandon Kilgore and Robert Wilson would round out the top qualifiers in SR1. In the Unlimited UTV Class a name that has graced the pages of UTVUnderground.com for years, Winbury was back on top. This time it was not Tyler but his younger brother Dylan who would be representing the Wagon Burners in the 694 Kawasaki Teryx. Dylan Winbury is stepping up from trophy kart into a UTV for 2014. Dylan looked at home behind the wheel of his Kawasaki Teryx laying down a 58.23 time at 61.81mph. The Walker Evans Racing spec RZR XP900 class had 15 utvs line up. When the dust settled Cody Rahders who has competed all season in UTVUnderground’s very own machine would set the fastest lap with a 59.68 at 60.31mph. He was the only RZR to break the 1 minute mark per lap. Jeremiah Staggs and Bryan Carr would round out the top 3. 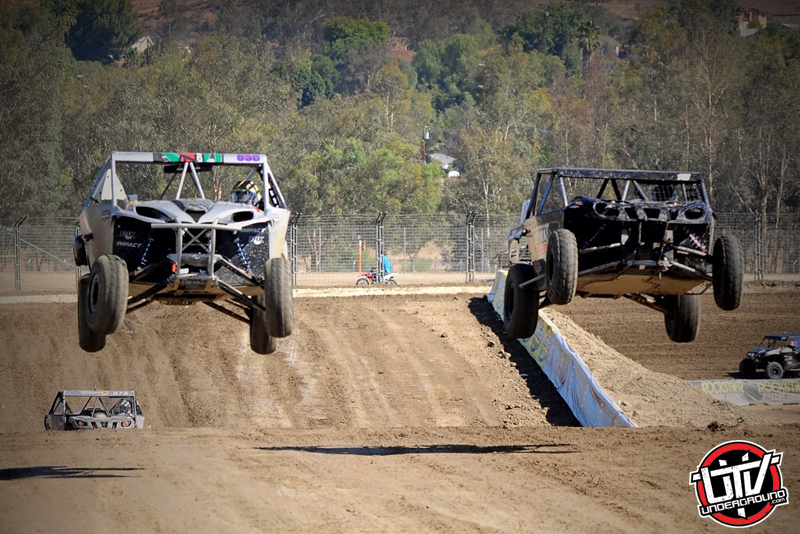 The stands filled up for the main events. The sound of 18 SR1’s powering around the 1 mile track can be heard for miles. Jason Weller and Dustin Nelson would battle for first until a broken chain would end Jason’s day and hand the win to Dustin. Dylan Winbury would hold onto first in Unlimited UTV giving Kawasaki a return to the winners circle in short course UTV racing and show that the old Teryx still has a little left in her! Brandon Hong and Ken Benson would also make the podium. The unlimited UTV class is slowly making a comeback and with the emergence of the new Polaris RZR XP1000 its going to be interesting to see which class has the most growth next year.

With championship points on the line this last race was a make or break for many in the Walker Evans Racing spec RZR XP900 class. Cody Rahders and Jerimiah Staggs were only separated by 4 points coming into the shootout so all eyes were on them. The 2 have battled it out since round 1 and for us at UTVUnderground.com it was a little like watching your kids box. You loved to see both win since both are racing as teammates under the UTVUnderground.com umbrella. Unfortunately for Staggs he would suffer mechanical troubles thus allowing Cody in the UTVUnderground.com / FOX / Magnum Offroad Polaris RZR to do his thing and not only win the final round of racing but clinch the 2013 season championship. His presence on the track is felt by all and its hard to argue that Cody is the fastest driver to make his way around the track. Years of racing Lucas Oil has certainly paid off for Cody and we couldn’t be more thrilled to have Cody bring home another championship for UTVUnderground.com, Polaris and all his other sponsors! Jake Greco and Brandon Altmann would round out the podium respectively. 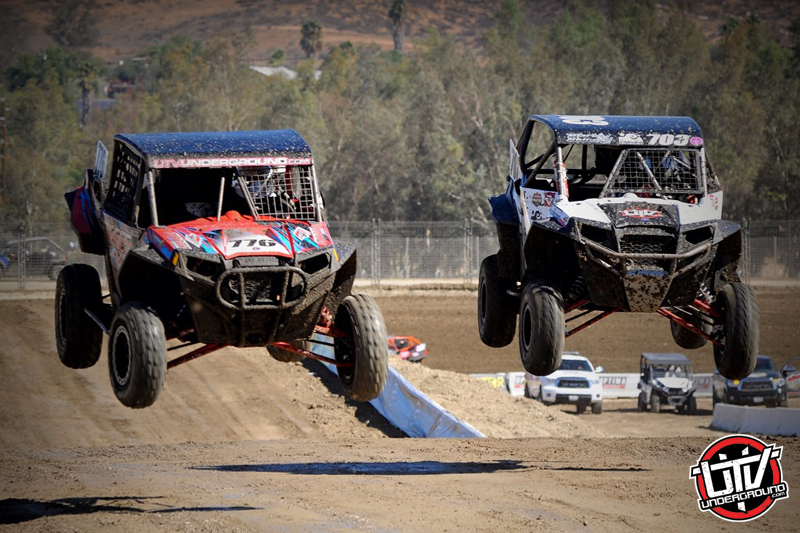 This season was great for UTV racing. There was rumors floating around the pits that the Walker Evans Racing RZR 900 class may be invited into the national series for 2014. We have also heard rumors of an arrive-n-drive or spec Xp1000 class for the big series as well, something to replace the retired Super Lite class. This would be great news for our sport but we know not to put too much into rumors. No matter what, we are just thankful to Lee Perfect, Ken Johnson and all of the others working hard behind the scenes at Lucas Oil Off-Road to make sure that UTVs have a place to run in their series. These guys / girls have gone above and beyond to create a solid short course racing series thats fun and affordable for all. Would we like to see UTVs back in the big show? HELL YEAH! But we like the growth UTVs are experiencing in the regional series. We were there from day 1 when UTVs were running in the big series and we saw what caused the demise of the class. I am not sure we as a UTV race community are ready for the costs associated with running the big series at Lucas Oil but if they (Lucas) gives us the opportunity you better believe UTVUnderground.com will be there in full force to represent our community and make sure those competing get the love they deserve!

To close we at UTVUnderground.com want to extend a HUGE thank you to each and every single racer and team who represents UTVUnderground.com on and off the track. While we try to make it to every single round of racing at all series’ its very tough for our small crew to do so, so to still see so much love and return respect from you guys racing by running our stickers it means a ton to us! Thank you to all of you, and special congrats to those who found a way to run each and every round this year! Lastly we want to extend props to the Merrell brothers, otherwise known as the UTV Wolfpack. Many don’t realize this but these 2 guys have worked tirelessly for 2 years to not only get this spec 900 class off the ground at Lucas Oil but to also race and represent our sport in a huge way. These guys are the epitomy of what a race team is all about and represent themselves and their sponsors to the fullest both on and off the track. If you as a racer want to know what you should do to get more sponsors or to get more exposure for the sponsors you have then take a look at what Jeremy and Jason do. They are first class friends of UTVUnderground.com and more than that, they are first class reps for our sport of UTV racing! 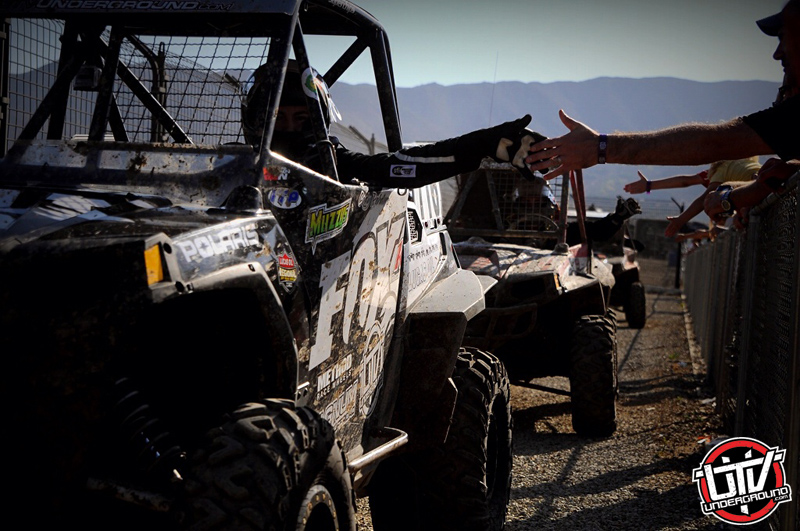 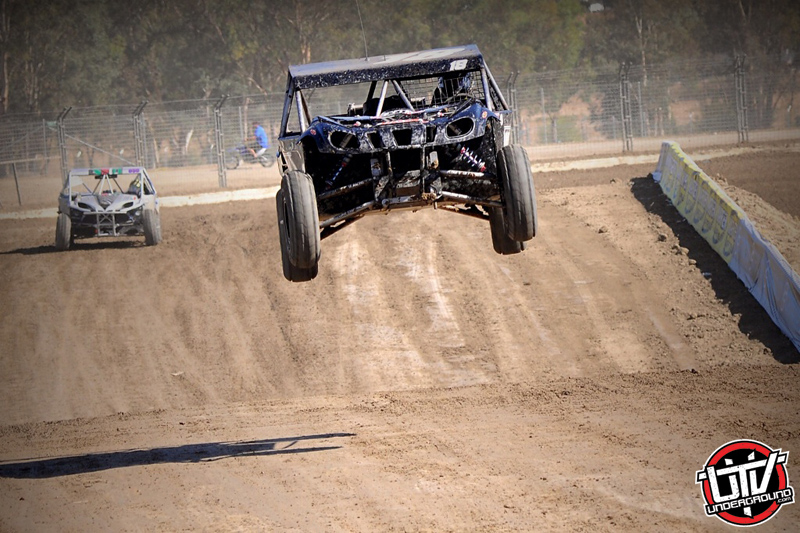