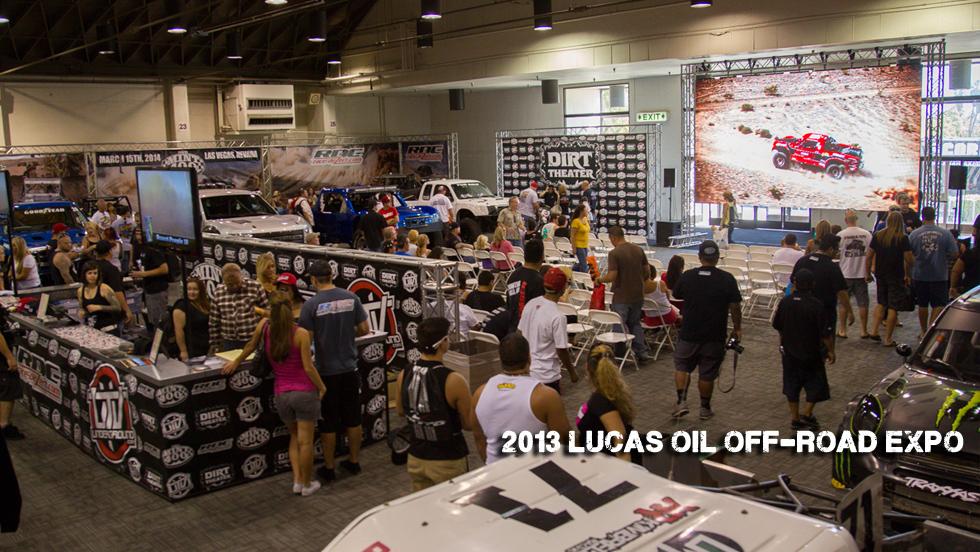 This was the 5th year in a row that UTVUnderground.com set up at the Lucas Oil Off-Road Expo. This was year 2 that we partnered with DIRT THEATER to showcase some of the industries BEST off-road related videos including our widely popular XP1K. The show was without a doubt a HUGE success as we dominated building 5 with an amazing booth, massive screen, tons of merchandise from UTVUG, RDC and The Mint 400. The sports biggest names signed autographs in the booth and some of the sports baddest off-road machines were posted up on display!

We had a great time at the show, we thank everyone at the Lucas Oil Off-Road Expo for allowing us to be a part of the show in such a major way! We also thank all of the staff who worked tirelessly to help us set up, tear down and staff the booth. We are already making plans for next year but now its time to gear up for SEMA where UTVUnderground.com and DIRT THEATER will be at it again!!