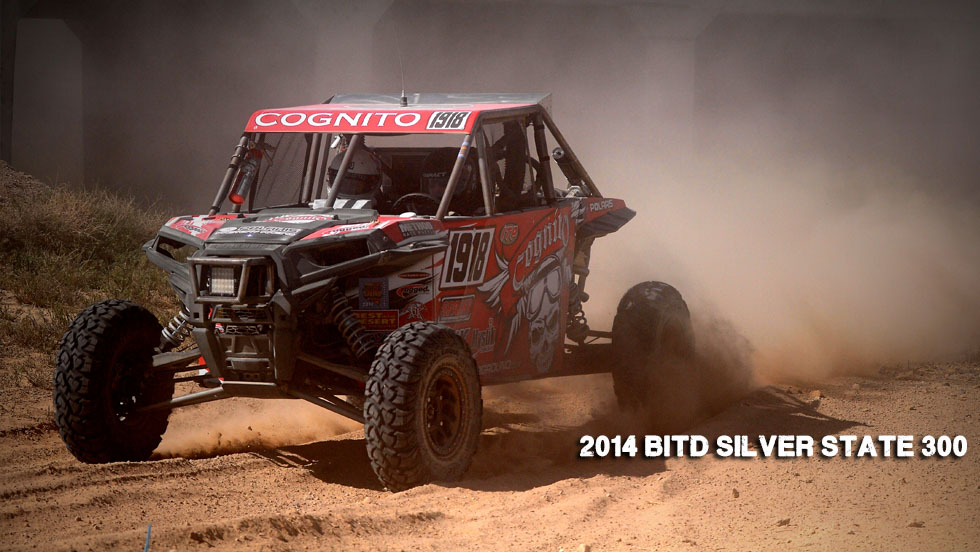 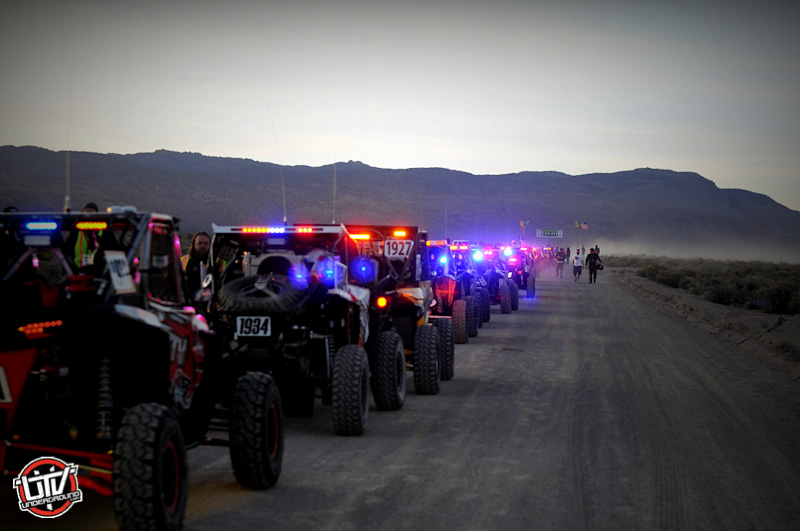 34 UTVs would enter the 2014 BITD Silver State 300. Known for its scenic yet high speed graded roads, the SS300 is the closest thing to a rally race these racers will see all year. Jagged X’s Brandon Schueler in the 1919 Polaris RZR would enter the race on a 4 race win streak and with a #1 starting position everyone knew he would be hard to catch.

Racers would take off 1 by 1 in :30 intervals, barreling their way into some of the thickest dust we have ever witnessed. I was fortunate enough to be in the Blue Torch Fabworks helicopter getting a birds eye view at the early battles of the race. Thick silt and dust would be the only real challenge that the terrain would inflict. This dust makes passing even more difficult so when racers would receive a little crosswind support they would make their moves.

We followed along during the mid way point to watch Johnny Angal in his virgin UTV Inc. Polaris RZR as he made his way to the front of the pack to challenge Brandon Schueler for the overall physical position. Johnny would close but just as he would reach striking distance Schueler would jack rabbit and put time and dust between the first time BITD racer and himself. Johnny impressed many with his innovative new Polaris RZR XP1000 which utilizes many titanium components to help save weight.

Its easy to keep focused on overall positions while watching or participating in the race. But in fact, the only thing that really matters when being out front is that you have clean air because with 34 machines leaving the line at different times, the real leader could be far behind you physically but way out in front on corrected time. Schueler fought hard to retain his position but somewhere in the later half of the race Cognito Motorsports Justin Lambert in his brand new 1918 Polaris RZR would make his move to overtake Schueler on time and gain the physical lead. Another hard charger, and always a class favorite to win was the 1934 of Scott Kiger and Mark Holz. They too would move the Coastal Racing Polaris RZR through the pack to put time on everyone and despite their running order of being the 4th or 5th car on course, would be challenging for the lead on corrected time. Another one everyone had eyes on was the 1913 of Branden Sims in the LOneStar Racing Polaris RZR. Sims has made a name for himself this year gaining lots of attention and this race proved he is no flavor of the month, he is here for the long haul. 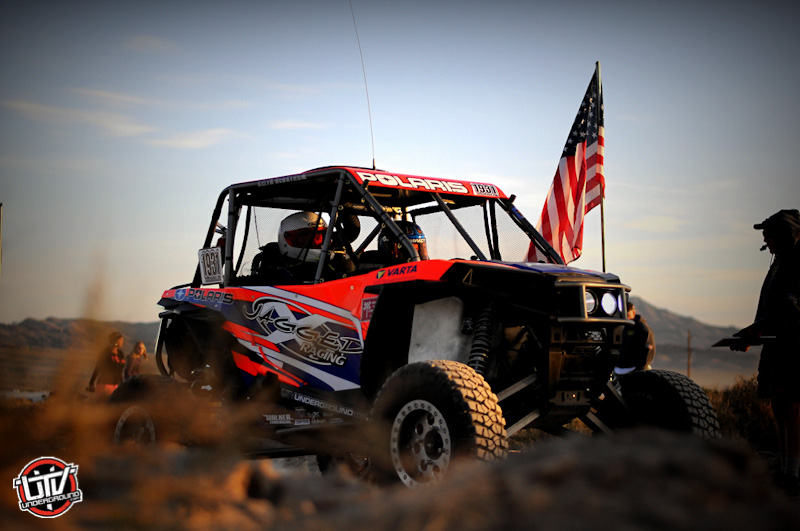 In the end it would be those 3 in that order to take home the Silver State 300 podium. Lambert would pilot his virgin Cognito Motorsports Polaris RZR strait to the top overcoming any new car blues and winning his first race of the season keeping his championship hopes alive. Kiger & Holz in the 1934 Coastal Racing Polaris RZR would capture the 2nd place position with Sims in the 1913 rounding out the podium. Schueler despite finishing in the top 3 physically would be bumped to 4th proving that being out front isn’t always whats its cracked up to be. 4th place doesn’t sting to bad when you have the first 2 races of the season under your hat as wins. He is very much in the championship discussion at this point. Jeff Obering in the 1902 Kolob Air Racing Polaris RZR would finish in the 5th position keeping people on their toes and reminding them that anyone can battle for the overall on any given day. Obering is no slouch and proved that with a top 5!

It was a fantastic outing for the Polaris brand at Silver State. After Can-Am swept the podium at the SCORE IV250 a week ago (mind you with only a quarter of the entries) Polaris racers mentioned many times on Friday during tech that they had something to prove. Polaris would make up 9 of the top 10 finishers at Silver State with only Dean Bulloch in his D&P Performance Arctic Cat Wildcat keeping Polaris from sweeping the top 10. Say what you want, but this battle between OEM’s is only beginning and the racers themselves are fueling this fire for supremacy. The Baja 500 is the next big race for the desert race community, will we see anywhere near 34 entires in Mexico? Probably not, but lets hope so! No matter what, its going to be a fun battle to follow all year!! 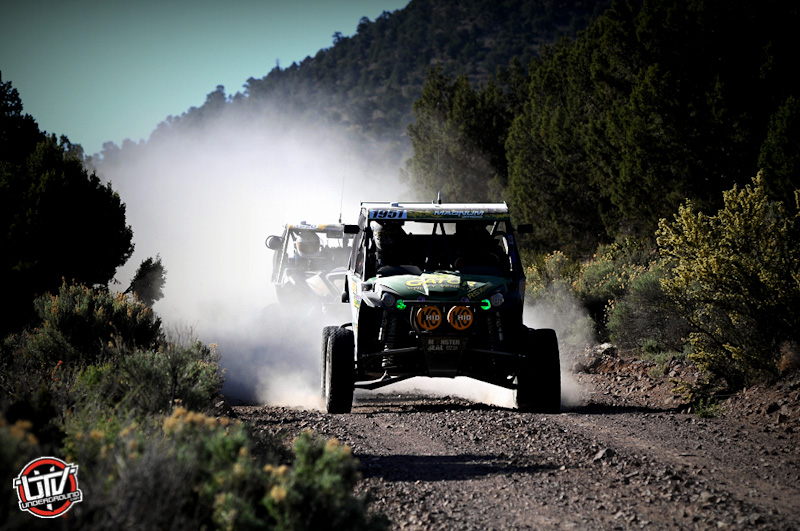