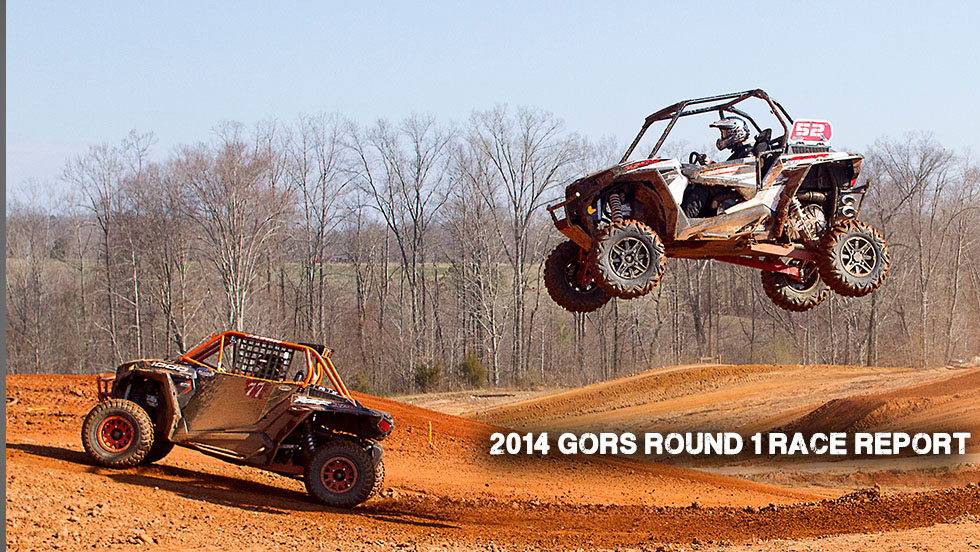 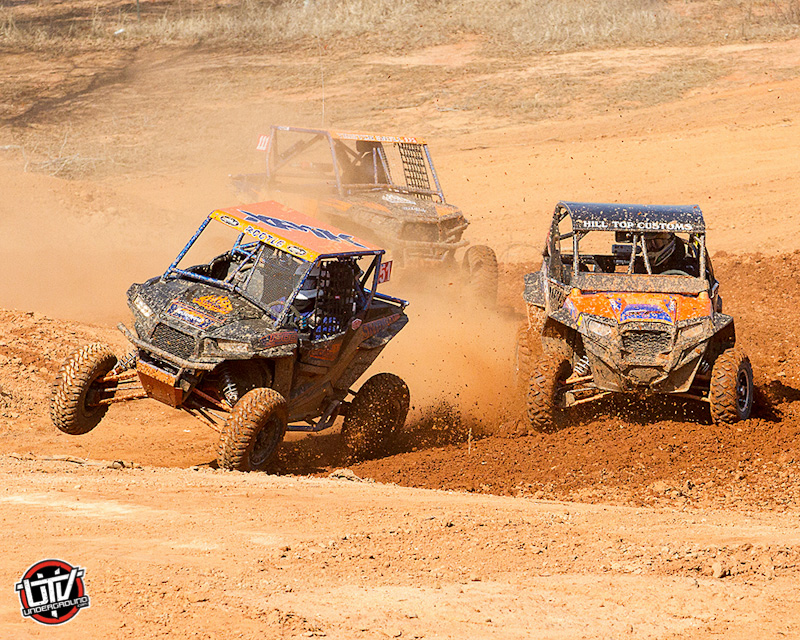 The 2014 GORS racing season kicked off on a cold morning Saturday March 1 at Compound MX 101 in Gray Court, SC.

Drivers were slow getting to the track. The course had been well prepped in anticipation of the conditions. Once drivers began working in the track, the race grooves began to form. Because Compound MX 101 is a highly advanced and challenging track, initially some were uncertain and intimidated by a track many GORS racers had not previously encountered. As soon as the racers gained confidence, they were soaring over the huge jumps. At the completion of the practice session, the SXS racers had a good feel for the track and were excited to put on a show and the fans in attendance received a great show.

In addition to being an advanced track, Compound MX 101 is a spectator-friendly track and fans lined the fence to cheer on their driver.

A total of 13 1000-class drivers lined up for the race with one vision: win. At stake was an $800 cash purse and a chance to qualify for The National Terracross Race with Saturday’s race being the first round of the five-round qualifier. 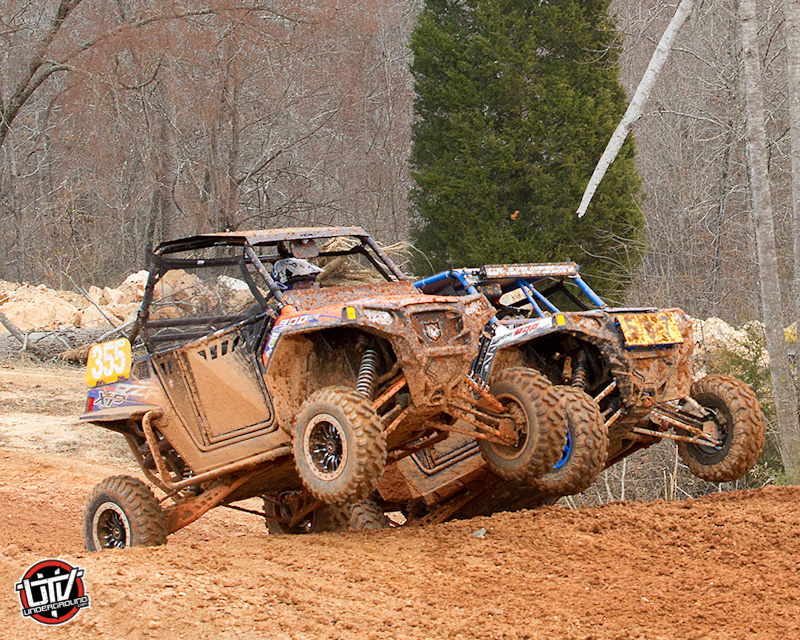 In Moto One, 1000-class driver No.51 Bootle and No.44 Thomas battled it out for the win with Bootle finishing on top and Stewart rounding out the top three with his XP 900.

The 1000-class had high-flying, door-to-door battles at every spot of the track throughout both motos. Hans Ada grabbed the holeshot and led the field through an amazing race track. No.796 Ada relinquished his lead to No.52 Jamie Annony after breaking his seat. No.51 Bootle worked his way to the front by lap four, with he and Annony battling for the lead the next half of the race. Annony ran into trouble when he broke a rear axle, opening the door for young driver, No.111 Tristin Snell, who had been lurking close behind. Despite facing problems when an axle popped out, forcing him to the pits for repairs, No.7 Scott Kiger finished the race in fifth place in Moto Two. 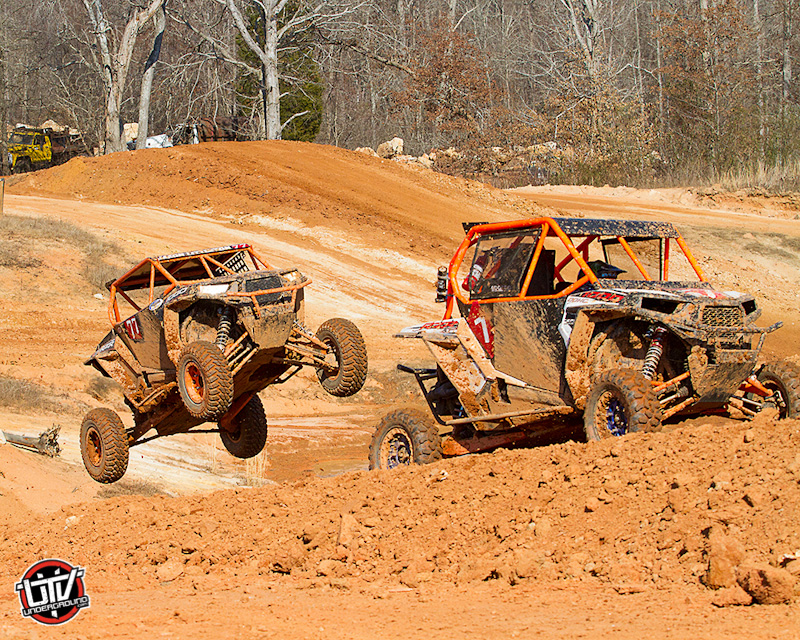 GORS added a restructured 900-class this year loaded with competitive drivers. In Moto One, No.355 Robbie Horton took the holeshot and never looked back, leaving No.257 Shealy and No.507 Harper to battle back and forth for second place. In the end, Shealy came out on top. In Moto Two, Horton once again grabbed the holeshot and dominated the race. Shealy and Harper would battle again, but this time Shealy suffered a CV failure, giving Harper second place, at least for a while. Harper ran into trouble with loose lug nuts, allowing No.112 Santana Snell to sneak in and capture second in Moto Two.

The 850 class has experienced recent growth, making it an exciting racing experience.

The reigning 850-class champion, No.35 Steven Herrell, crushed the field in both motos. Making the jump from the 750-class, young Haley Bootle, young Eli Kiger and newcomer Jeff Peters all put on a great show. 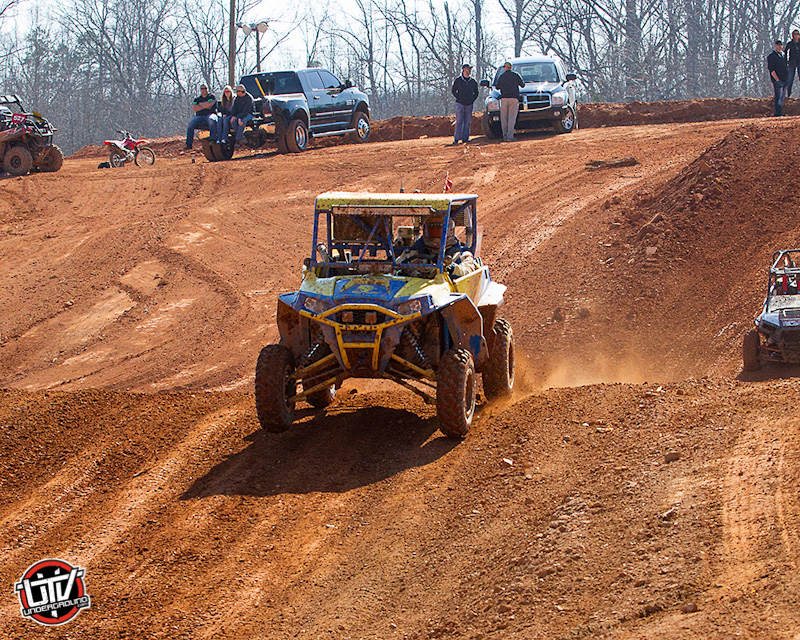 Join the GORS racing series for round two at HRD Motorsports Complex in Gaston, SC on April 5th  for more high-flying UTV racing. 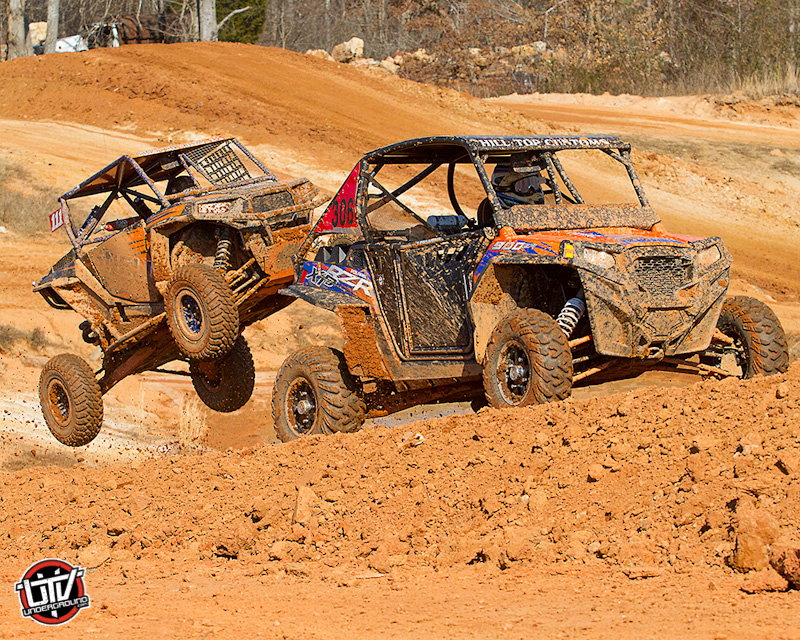