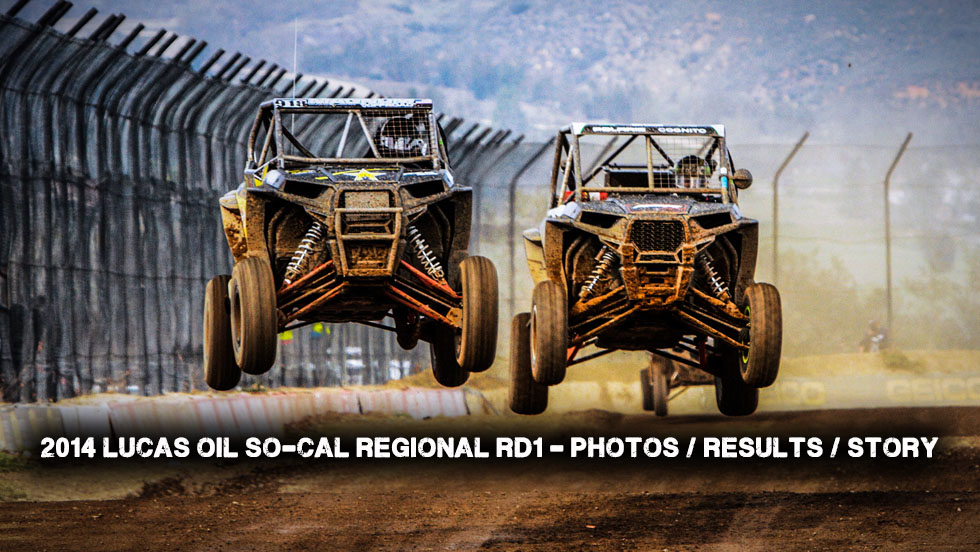 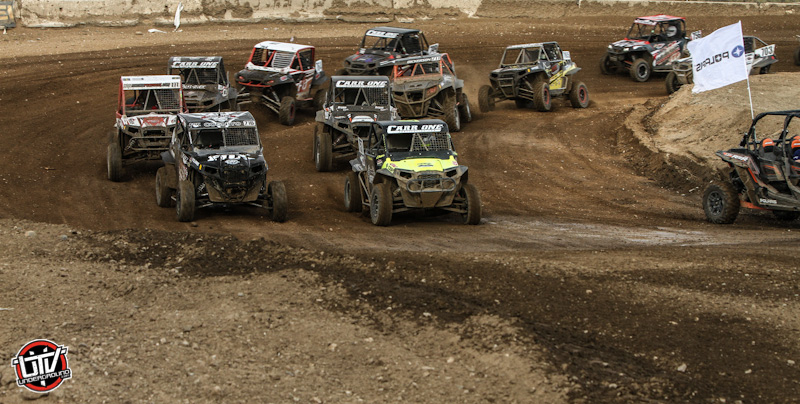 Round 1 of the Lucas Oil Off-Road Racing So-Cal Regional Series kicked off at Glean Helen Raceway on February 15th, 2014. The UTV classes were stacked with tons of talented racers and machines ready for the brutal season ahead. The events that took place over the weekend were action packed and full of crashes, passes, and pure adrenaline. For 2014 the series has brought back the Walker Evans Racing Polaris RZR XP900 spec class, The Weller Racing SR1 Championship and the Unlimited UTV Class. But NEW for 2014 is the Production 1000 class. Finally a race season where the top OEM’s all have a 1000cc engine making it fair for Can-Am’s, Polaris’ and even Arctic Cat’s to run in! Now if we can get Kawasaki and Yamaha and maybe even Honda to step it up, we can start taking UTVs to even greater heights!

Racing was exciting as to be expected and there was good turnouts in most of the classes. Lucas Oil put the SR1, Unlimited’s, and Production 1000’s into one race. While we understand the time limitations, we think as the Production 1000 class grows we will want to see those classes broken into their own races. The faster SR1 guys we know will want it and the faster Production 1000 guys certainly want it. Cody Rahders representing factory Polaris and UTVUnderground will now be competing in both the RZR XP900 class and the Production 1000 class this year. Coming off a 2013 Championship in the RZR Xp900 class, Cody looks to add a little more hardware to his collection by bringing out 2 new machines for 2014. Round 1 would be a good showing for Rahders who took the overall win for the XP900 class, Just minutes after jumping out of his XP1000 from the previous race where he placed 3rd. Cody told us that it was his first time ever running his Cognito Motorsports built XP1000, but quickly proving he was comfortable enough to battle despite limited seat time. 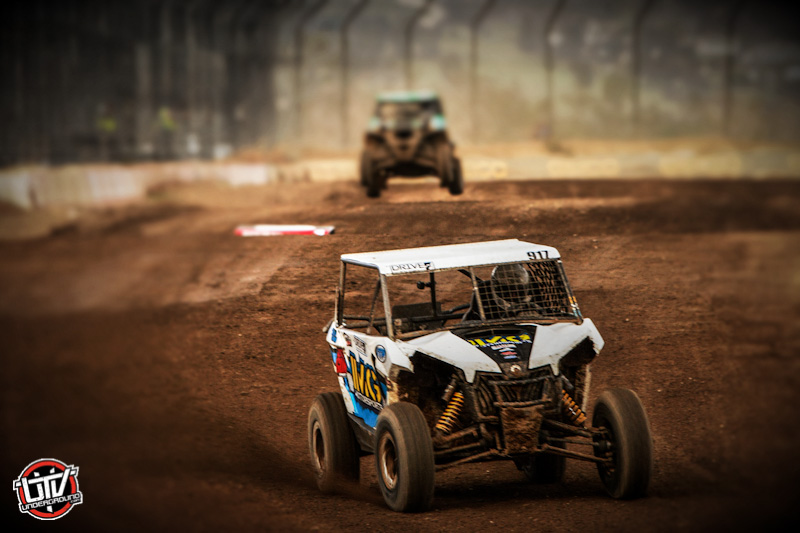 Production 1000 will soon become the premier class at the series, if it isn’t already! 15 machines came out to the first round making it the biggest class in its debut race. Only 4 of the 11 high powered SR1’s would best the top Prod.1000 times laid down by Ryan Piplic, Tommy Scranton and Cody Rahders who would finish in that order in the class results. These 1000’s and their drivers are fast and it was easy to see that they are only going to get faster as the rounds go on. LOTS of body roll coming out of those machines and a ton of wheel travel dropping out as the racers hit the air. This is something we are not used to seeing in Lucas Oil race series. These UTVs have more travel then a Pro-Lite truck and more body roll then a Pro-2! Once the racers start to adapt their machines for these tracks, they are really going to start producing some serious lap times! Combine in the fact that these machines are selling faster then ever, we won’t be surprised to see some rounds where 20+ 1000’s are running around the track!

SR1, what can we say? The only class and vehicles that remain from the old guard of UTV racing at the Lucas Oil Off-Road Racing Series. Weller Racing were the founders of the class and to this day Jason, Jeff, and Corry continue to put their money where their mouth is not only competing in the class but also sponsoring and promoting the class. While the SR1’s don’t always get the love or exposure they deserve, they hold their own at the track demanding attention with every 12,000 RPM rev! Jason Weller himself arrived with an all new machine but unfortunately for him, in practice on Friday he would have a run in due to a bonehead move by a racer in another class. He would make repairs but his car would succumb to the damage in the race on Saturday. SR1 regulars, Brandon Kilgore and Gary Thompson would go 1-2 in their machines while newcomer to the class, but LOORRS young veteran Trenton Briley would round out the podium. 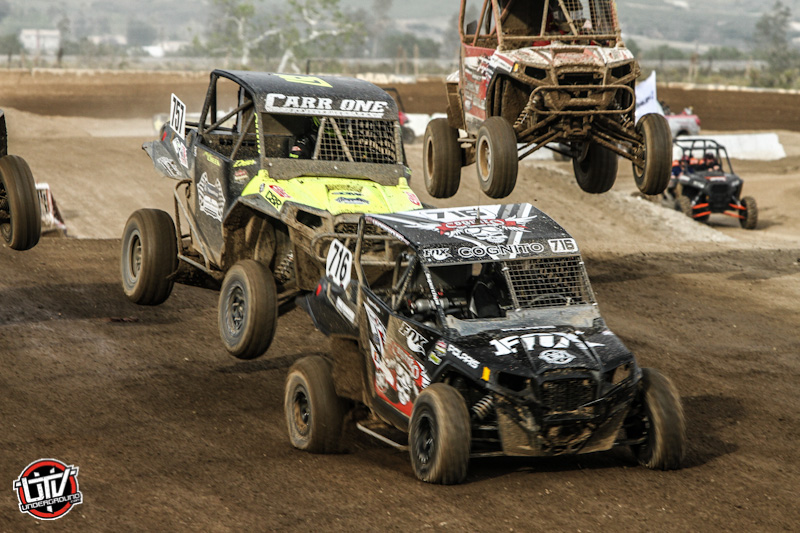 Overall 41 highly talented UTV drivers came out to battle at round 1. We watched Ryan Piplic, Cody Rahders and Tommy Scranton battle it out in the production 1000 class, cheered for Cody Raiders and Brandon Carr as they raced neck to neck in the 900 class, and watched Brandon Altmann roll and get right back on the gas in spectacular fashion to finish the race. The Crowd came in full force and so did the support for UTVUnderground.com. It felt good to be back at Lucas Oil and it was obvious that UTVs are alive and well at the So-Cal Regional Series! We would like to congratulate all those who made it on podium this weekend and of course we always want to extend a HUGE thank you to each and every racer, team, fan and company that supports UTVUnderground both on and off the track. Nothing makes our day more than to receive the love we get from all of you! See you April 5th for Round 2 at the Lake Elsinore Motorsports Park in Lake Elsinore, CA.

As a side note: UTVUnderground.com wants to thank Kenny Osborn of Black Rhino / Racer-X for introducing a new feature to the series this year. Kenny provided our staff with a race radio for us to listen in to race ops. This allowed us to know what was going on at all times. This was huge for our guys on the track shooting photos. This would not only be helpful for us, but for the race fan looking to stay in the know with whats going on, who is getting penalized, what the status is on a delay or when the next race is kicking off. In addition, as a member of a team you can rent these radios and have your teams frequency put in so you too can listen in to spotter / driver communications! Make sure to check this out next round! 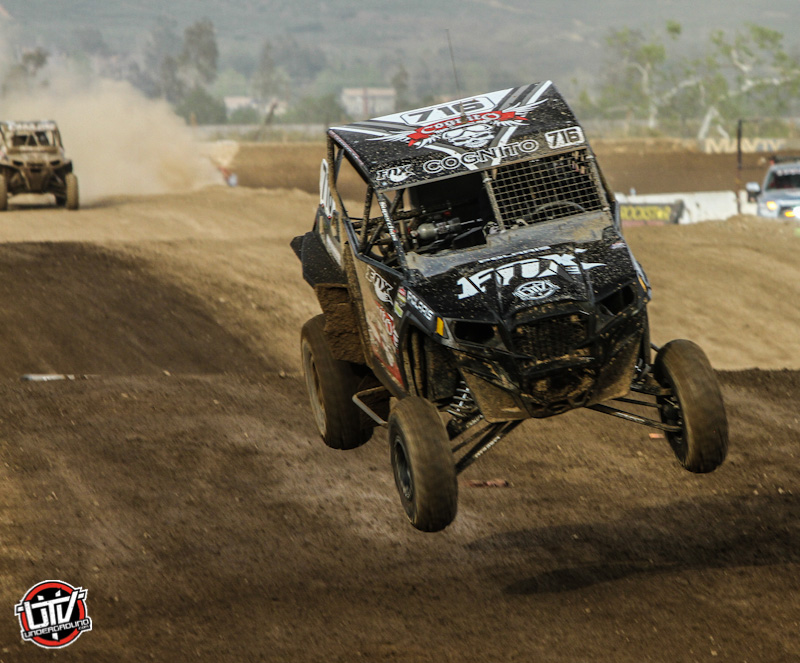 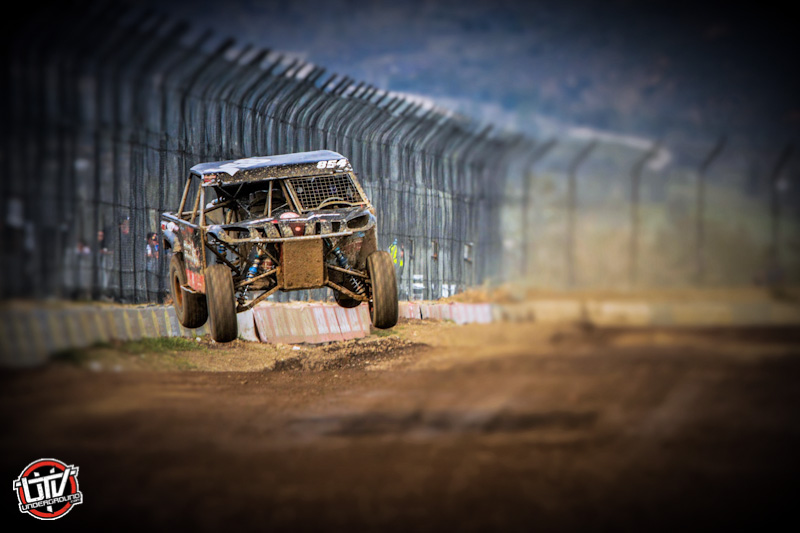 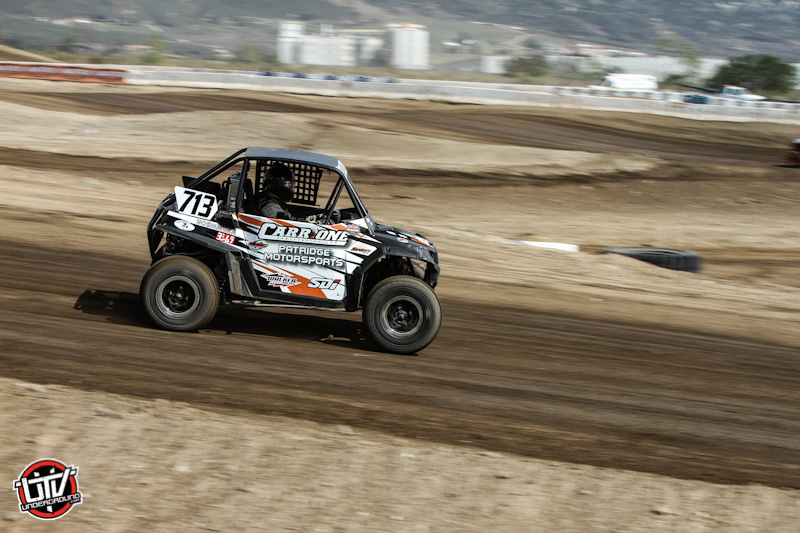 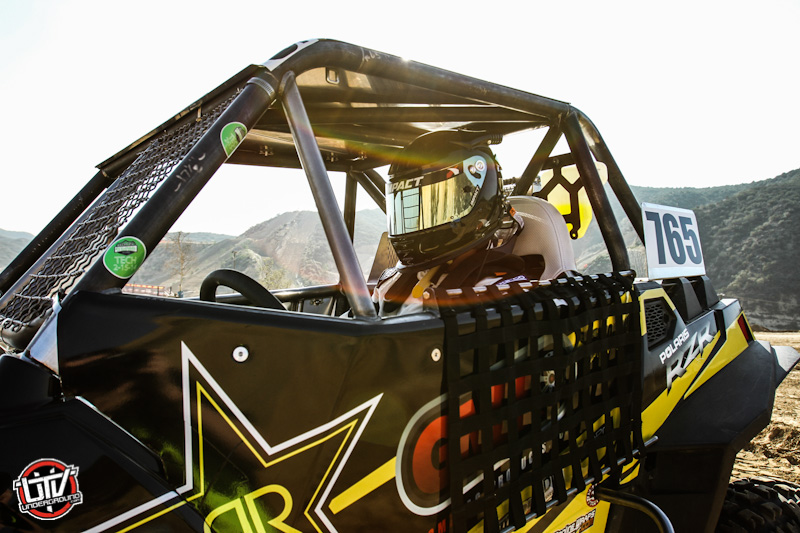 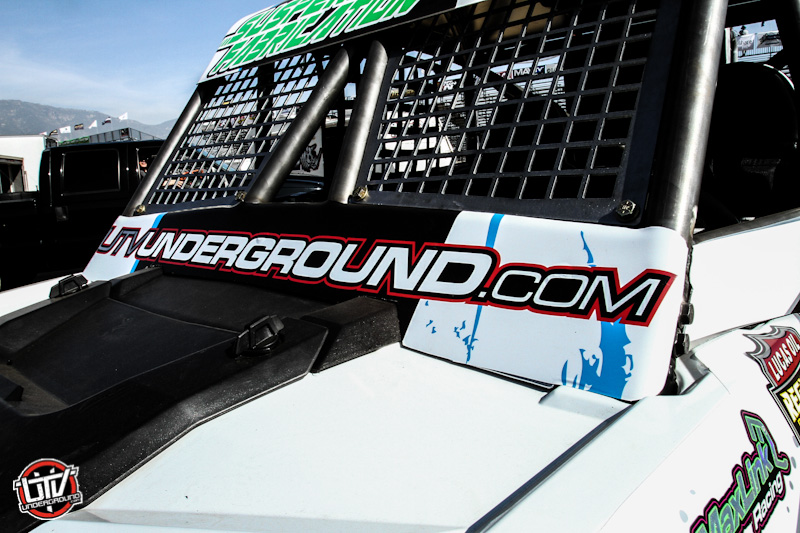