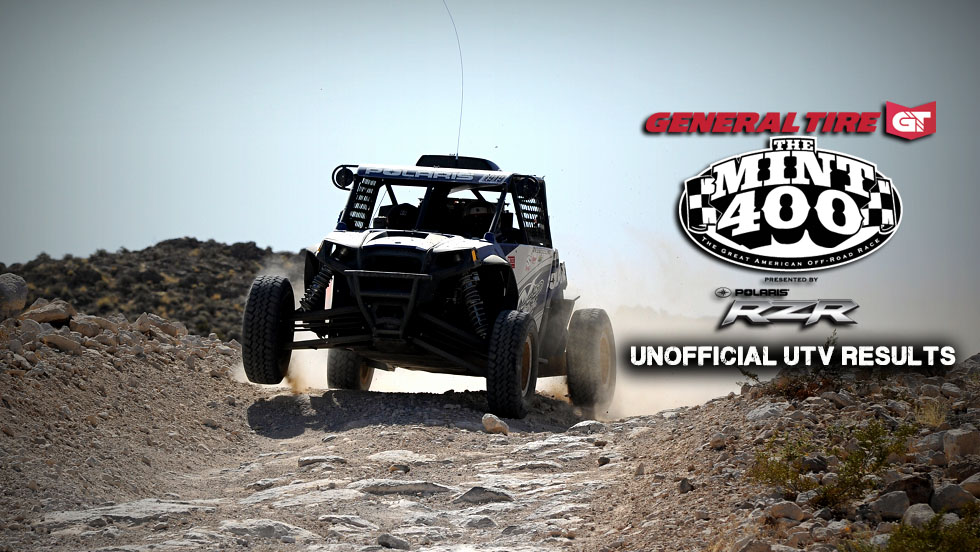 Racers shot off into the early morning sunrise to take on the famed Mint 400 race course here in Jean, NV. Over 50 UTVs would stage, some breaking as they lined up, others not even making it to turn 1 before they fell victim to mechanical failure. The course would take its toll on much of the field. Fire, roll overs, broken parts, and general racing failures would take out many in just the first lap.

These results are UNOFFICIAL as of now!

We will post a full race recap, but here are a few images and a run down of the top 5 finishers. Our next story will also have OFFICIAL results once BITD releases them!