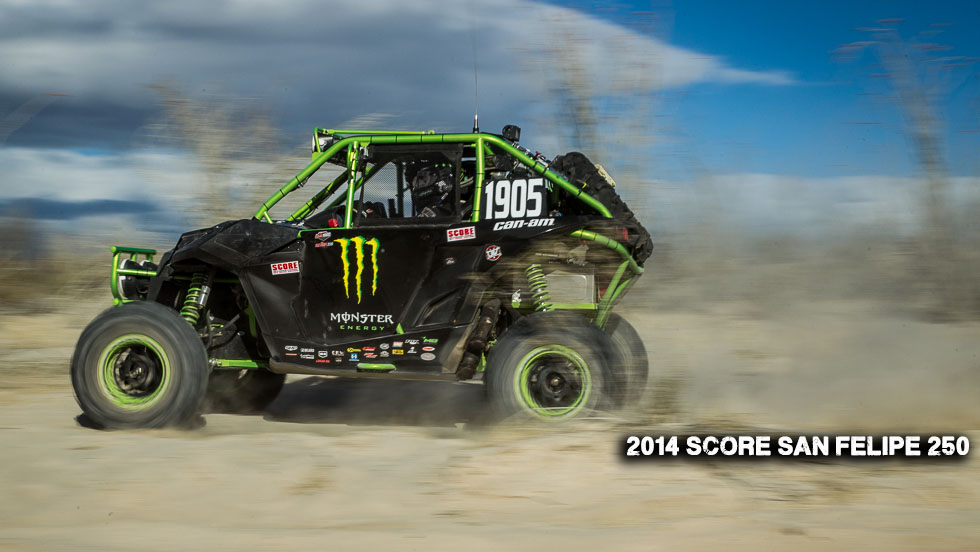 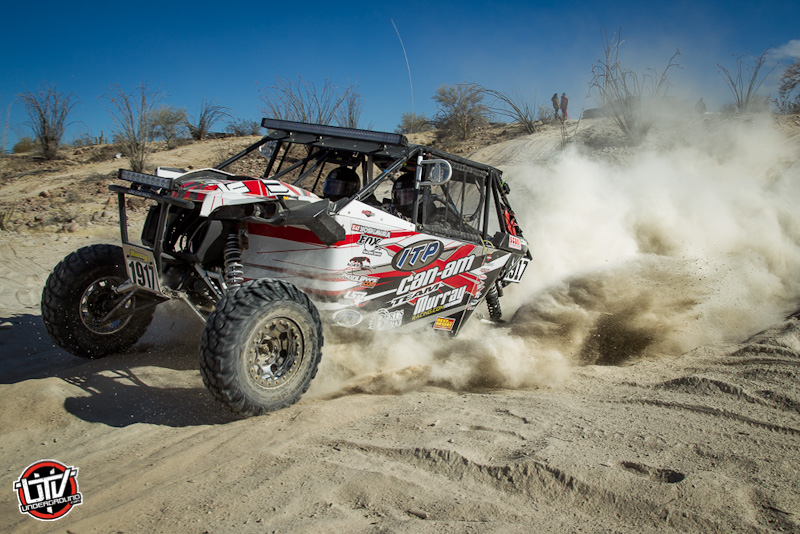 The 2014 SCORE San Felipe 250 kicked off the 2014 SCORE season this past weekend. With a 270+ mile course, which was mostly new for the San Felipe race, SCORE had racers excited to run a new course. But with this new change in course came an unexpected change in the weather and Friday’s storms forced SCORE officials to act quick and change the race course in the 11th hour, shortening it to 219 miles. A bulldozer stuck on the “summit” portion of the course would be the primary cause to the change, a change that most were ok with but certainly had not planned for. In the end, SCORE did what they had to do to keep the race in tact.

The UTV class would see 14 machines line up to take on the first of 3 SCORE Baja races. The field had machines from 5 different manufacturers including Kawasaki, Yamaha, Can-Am, Polaris, and Arctic Cat. The reining 2013 Pro UTV SCORE champion, Matt Parks of Jagged X / Polaris would be arriving in San Felipe with a brand new RZR XP1000 while Marc Burnett and Derek Murray would be showing up to San Felipe in their now dialed Can-Am Maverick’s. The stage was set for yet another spectacular race south of the border. 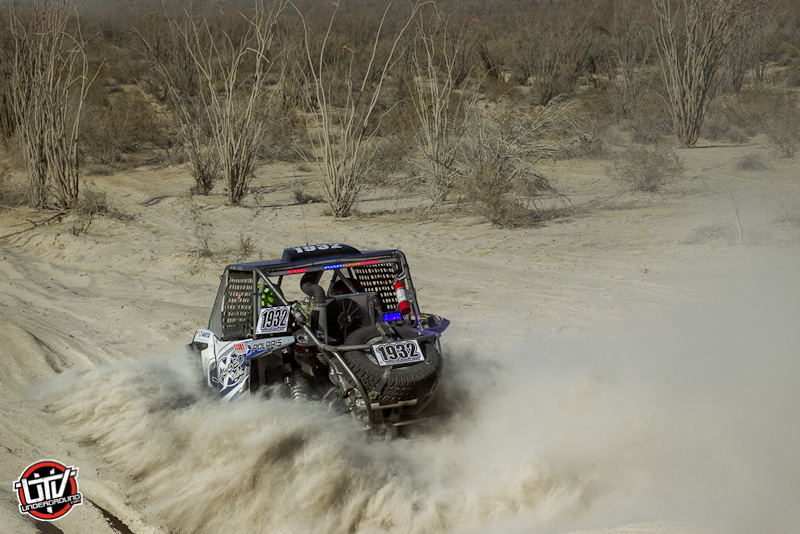 It would take just under 6 hours for the winning UTV to complete the 219 mile course which took drivers through fast dust free desert to cold and wet higher elevation mountains. First to cross the line would be Marc Burnett in his MB Motorsports factory Can-Am Maverick. It would be more than just a first place finish for Burnett. It was the first race finish he has had since joining the UTV ranks, it would be the first time a Can-Am UTV has won a Baja race in San Felipe and it would be the first time  a Can-Am UTV has won in a SCORE race since they first started racing UTVs back in 2005/6. This win was a huge accomplishment for Marc, his team and his factory Can-Am sponsors. Burnett experienced a lot of bad luck in his rookie season last year, but he never gave up on his machine or his team. Instead they kept their cool, kept on testing and now have proven that they are a team to be respected.

Finishing in 2nd, 30 minutes behind Burnett would be his Factory Can-Am teammate of Murray Motorsports. Derek Murray would be in Baja competing without his brother Jason who is still recovering from a severe hand injury he suffered during last months King Og The Hammers race. The team raced with Jason there in spirit and also proved that their new Can-Am Maverick Max is ready for the 2014 season. Murray Motorsports is a team that no matter what is thrown at them they continue to overcome. Just when you think they are out, they are back in and they never can be counted out as it pertains to putting together a championship run. In the end, Murray Motorsports will be right there battling! 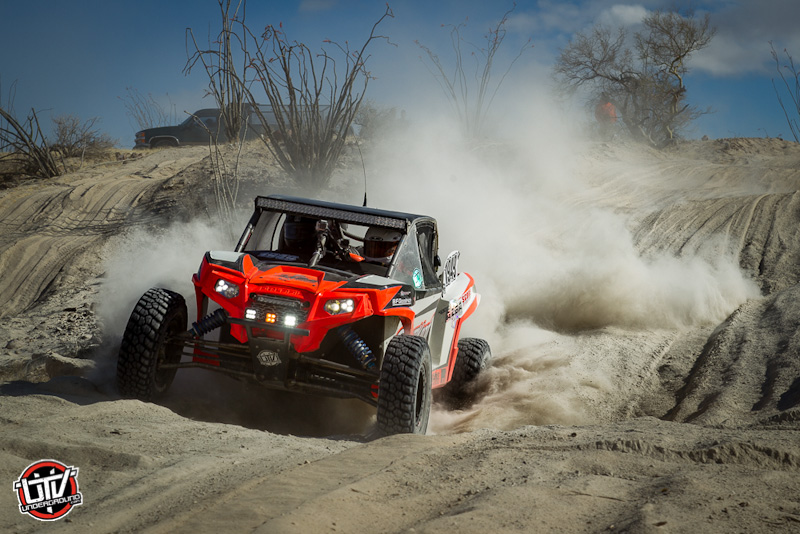 Finishing only 2 minutes behing the Murray’s on time was the reining SCORE Pro UTV Champion, Matt Parks in his new Jagged X Polaris RZR XP1000. Just finishing a Baja race is an accomplishment, whether its 200 miles or 1000. But finishing on the podium is a huge accomplishment and one that Parks knows will keep him in the Championship conversation as they head into the Baja 500 in June. Baja is a marathon, not a sprint and Parks knows how to pace himself and his machines to always ensure he is within striking distance of a win and a championship.

Seeing Can-Am go 1-2 in the opening round of SCORE is a clear sign that Polaris isn’t the only OEM capable of producing wins and a championship. Grant it, its only 1 race and Polaris has been extremely dominant over the past few years. But its exciting to know that the competition level is rising amongst all competitors in multiple brand UTVs. We are looking forward to the biggest year of UTV racing ever in Baja and we can’t wait to see how things shake out in November during the big point to point run to La Paz at the SCORE Baja 1000! 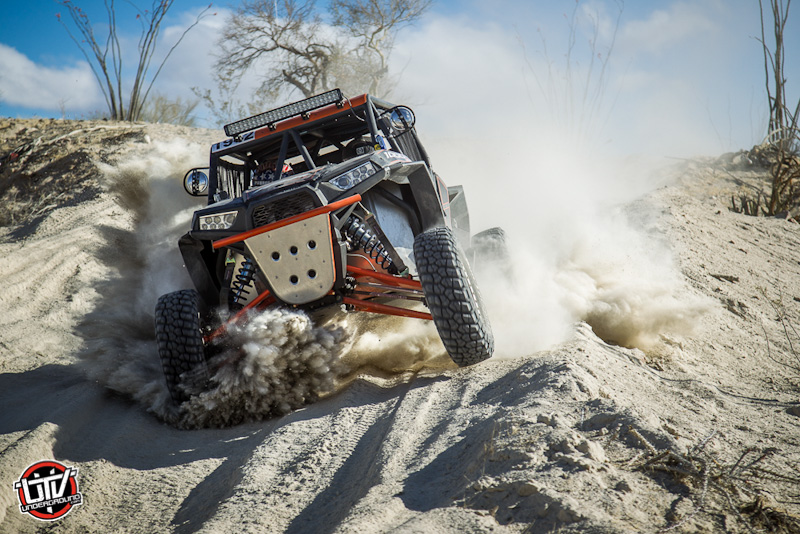