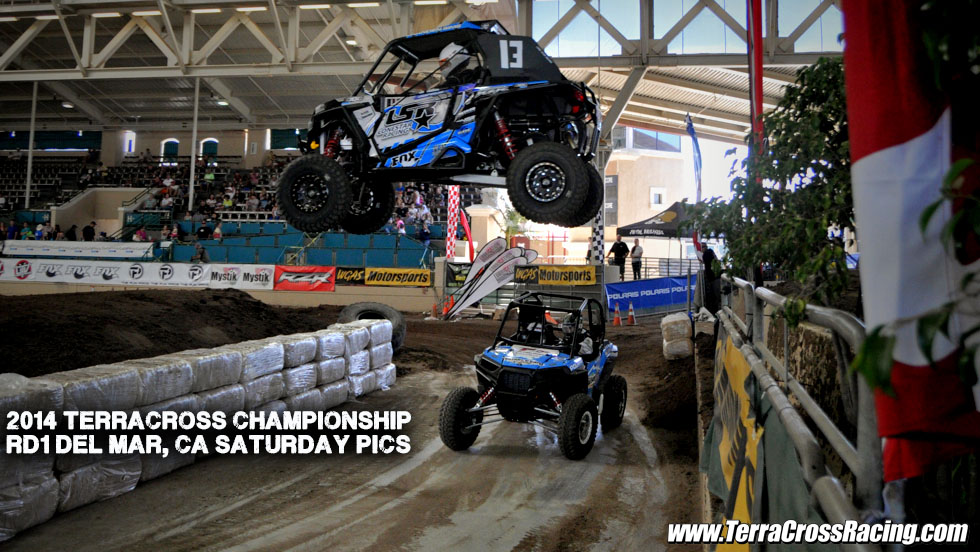 The 2014 Terracross Championship kicked off in a big way yesterday (Saturday 6/28/14) at the San Diego County Fair in Del Mar, CA. 30 racers showed up to compete in the one of a kind race series which puts racers all in spec, factory based Polaris RZR XP1000’s. Terracross has partnered with aftermarket manufacturers allowing racers specific mods such as wheels, tires, doors, radius rods and graphics.

Each round is spread over a 2 day race format. Day 1 consists of practice, seeding and qualifying. Sunday hosts Last Chance Qualifiers (LCQ) and 2 Finals which air on CBS Sports at a later date. The 2 finals represent a Saturday round of racing and a Sunday round of racing. The course which was built by Terracross competitor Dana Creech is super cool. Big jumps, big gaps, pounding whoops, and challenging concrete hairpin turns, not to mention Terracross’ signature tractor tire obstacles, make these courses the ultimate for displaying the Polaris RZRs versatility.

UTVUnderground.com entered the series in 2013 by fielding our own #23 vehicle which was piloted by Trophy Truck driver Chad Ragland. This year UTVUnderground.com has stepped up!! Chad Ragland once again is piloting his own machine co-sponsored by CageWRX and his father, off-road racing icon, Lightning Larry Ragland is also racing an identical looking orange and white XP1K sponsored by UTVUnderground.com and CageWRX! Having Chad and Larry as part of our dream is really special for us. 2 off-road racers that are not only held in such high regard by our sport but they can DRIVE!! How cool is that to see Larry Ragland racing UTVs??? Don’t know who Larry is, do a google search! The #23 is also back this year. UTVUnderground.com partnered with Walker Evans Racing and SuperATV to put up and coming off-road racer Mitch Guthrie Jr. behind the wheel of our sponsored machine. Guthrie Jr. is also competing for a championship in Pro UTV at WORCS, arguably the most competitive UTV racing in the world!

RJ Anderson, you all know who he is, one of the most popular #utvugraceteam members. Star of UTVUnderground’s most epic viral video to date, XP1K, TheRJ37 is back to protect his 2013 Terracross Championship for 2014 representing Walker Evans Racing in that iconic powder blue #37 race machine. RJ picked right up where he left off last year by qualifying 1st and laying down the days fastest times in the opening of round 1. While RJ did win all of his qualifiers, he did also lose a race, but it wasn’t no ordinary race. The Legend himself, Walker Evans came out to play at Terracross also! Walker suited up in that rainbow colored lightning bolt fire suit, strapped into his custom Walker Evans Racing XP1000 and not only laid down a pass on RJ, he out ran him for 4 more laps! It was a special moment for many of us in attendance. Seeing the past, present, and future all in one head to head battle was just awesome and to see Walker Evans wheel a RZR like a BOSS against the biggest name in UTV racing, the prodigy RJ Anderson proved just why Walker Evans is such a bad ass!

Day 1 wrapped up with qualifiers and we are happy to say that Chad Ragland, Mitch Guthrie Jr. and RJ Anderson all won their first qualifiers! Chad and RJ also won their second qualifier for the other main while Mitchie suffered a busted ball joint after leading so he will go to one of the LCQs. Either way, the #utvugraceteam is in full affect at Terracross and is coming to win! Other #utvugraceteam member Branden Sims put in some great runs as well!

Well, thats it for now. Enjoy the photos that Rusty Baptist and Ernesto Araiza snapped for us. We are headed back in full force for the finals today. If you are in so-cal don’t miss this!! Its only here once this year and its well worth the price of admission. The SD County Fair is amazing venue full of food and fun for the whole family. The stands are in the shade, the racing is action packed and exciting!! Where else do you get to see Jeremy McGrath bang doors in a UTV with Larry Ragland???

Get down to the fair and join us in some fun! 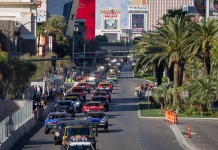