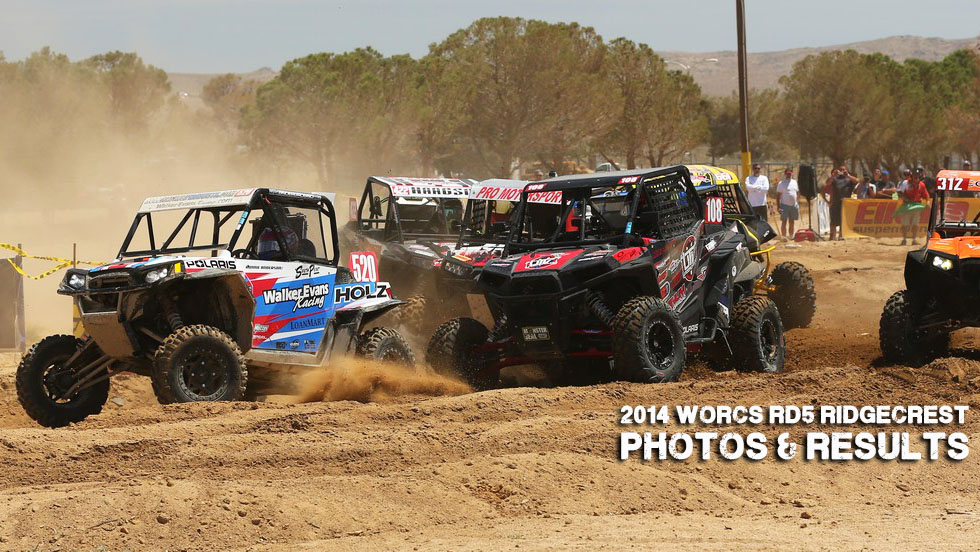 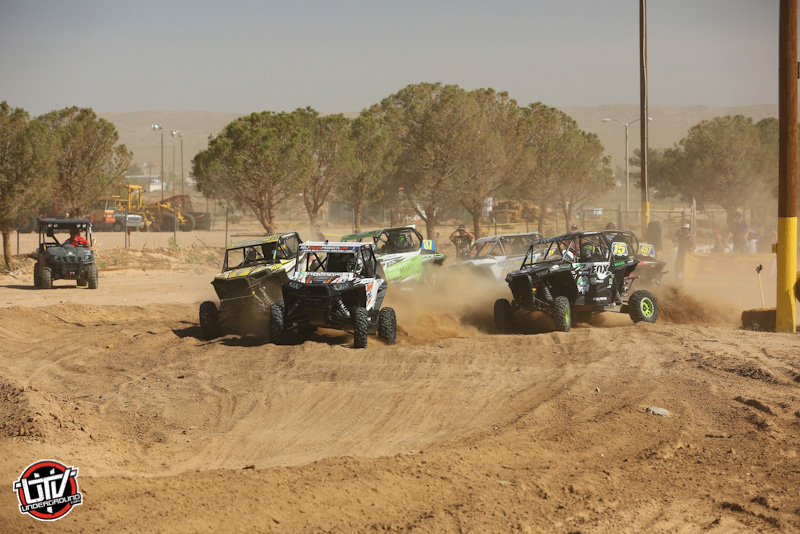 We also want to congratulate all the racers who competed and especially those who won and got their machines on the podium! The battle in the Pro Class is really heating up with the usual suspects battling for the top 3 spots at Ridgecrest. Beau Baron would once again take the top honors with Mitch Guthrie Jr. hot on his tail in second and the always fast RJ Anderson rounding out the podium. The 2013 Champion Ryan Piplic was within striking distance and would finish 4th but maybe the biggest surprise was in the 5th position! Nolan Remlinger in his Kawasaki Teryx would fight for the top 5 against the always dominant Polaris RZR XP1000’s. Well done Nolan!

The Production 1000 class is full of talent, many of which could easily be competing in the pro class. We are thrilled to announce that UTVUnderground.com’s own Mike Gardner would pull in his first victory ever at WORCS in the #108 UTVUnderground / GMH Motorsports Polaris RZR XP1K. Mike has worked hard to remain consistent this year and this podium now puts him atop the points standing in the Production 1000 class. David Haagsma who is always fast fell just short of beating Gardner and would settle for second while Casey Wallace would find his way to the podium finishing his weekend in a respectable 3rd! 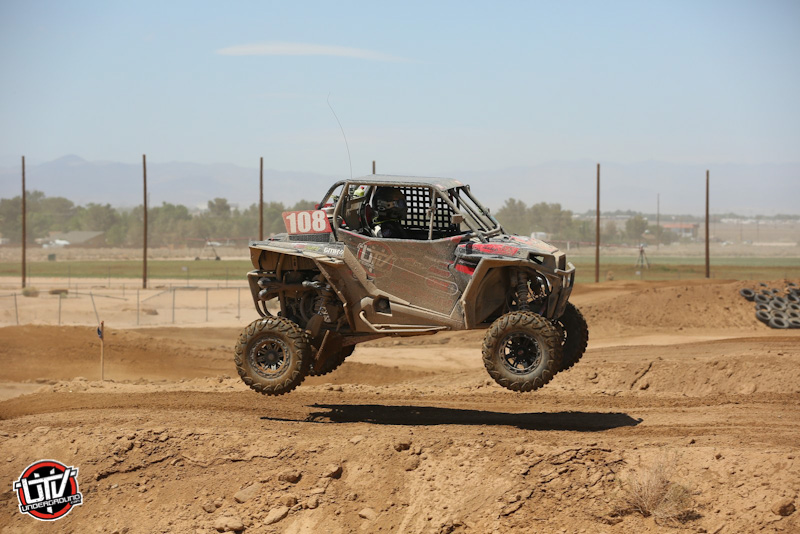 In the Production 850 class it was all Danny Rosenzweig in the #138 Magnum Offroad John Deere RSX 850i. Magnum Dan has battled all year fighting to give John Deere their first ever off-road points championship. Chris Willing would take home the second spot with class points leader Jim Berry rounding out the podium!

It was an exciting weekend, lots of wind made for an interesting change of pace weather wise. The WORCS staff once again built a fun and challenging course and the racers once again came to battle in droves. Needless to say, WORCS is where the best of the best compete in UTV racing. To win you must be fast and your equipment must be able to withstand not only some of the most brutal track conditions but it has to be able to hold up to the pace you must drive to be competitive. Those who choose to stick it out through a whole season win or lose deserve credit. We have all seen racers come and go at WORCS, complaining its too hard on a machine, the courses are too tight, the dust is to thick, the jumps are too gnarly and the competition is too rough. In the end to be the best you must beat the best and right now the best UTV racers are duking it out in the 2014 WORCS racing season. 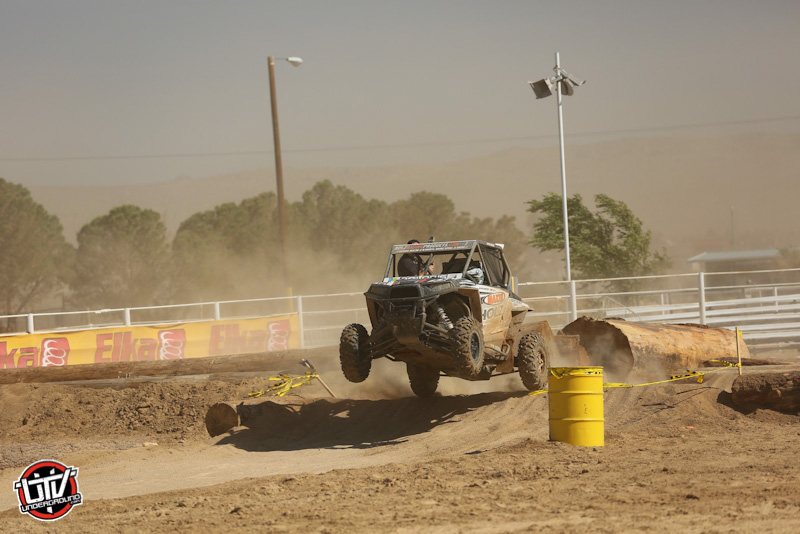 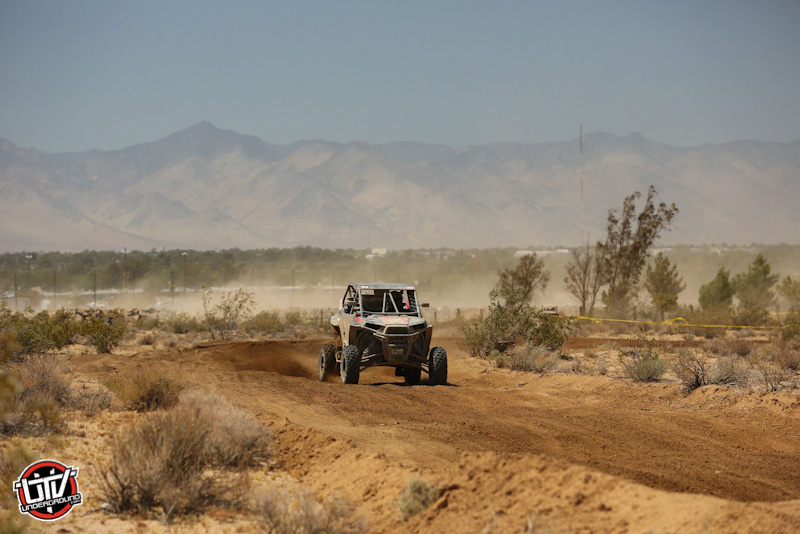 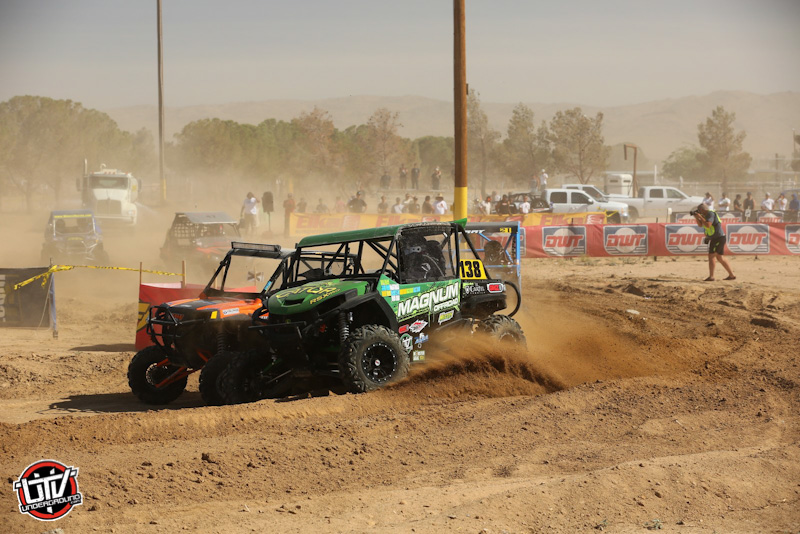 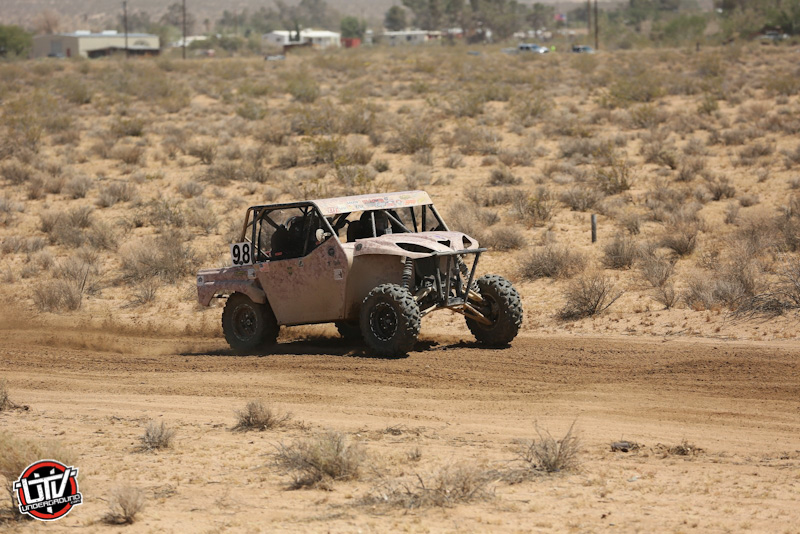