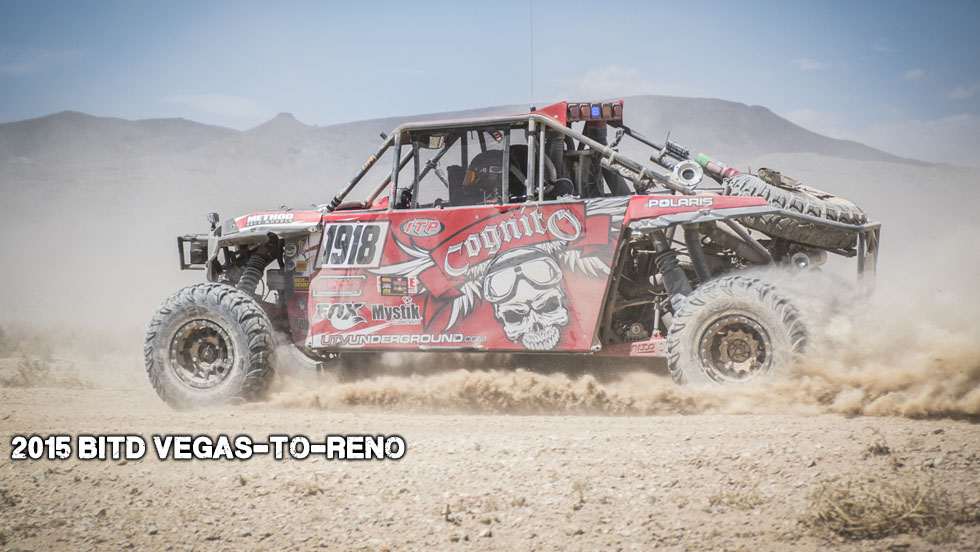 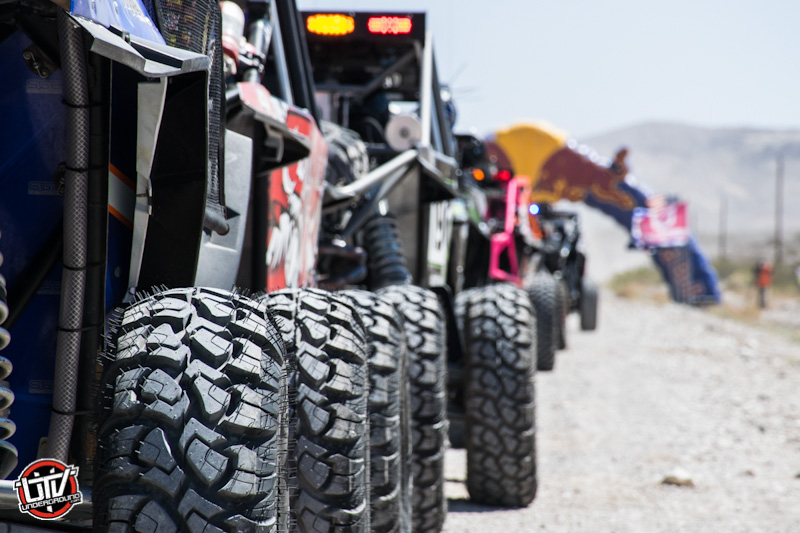 The longest off-road race in the United States has once again come and gone. 43 Pro UTVs, 5 Unlimited and 3 Sportsman racers once again made the UTV class the largest in the field of off-road racers. For the first time in Vegas To Reno (V2R) history, UTVs would start with all the 4-wheel vehicles in the race vs. starting early in the morning with bikes & ATVs. This would be a true test for the class to see how they would manage getting around slower, larger vehicles and deal with the deteriorated course, larger ruts and dust. This is a huge step in obtaining the respect the class desires from the rest of the racing community which has always discredited the UTVs finishing times due to competing amongst the bikes & ATVs.

The 545 mile V2R race course started in Beatty, NV and ended in Dayton, NV. It took just over 13 hours for the #1918 Polaris RZR of Justin Lambert and Cognito Motorsports to complete the rough and dusty course, a time that would be good enough for the teams first Vegas To Reno race win! It would not be an easy race for the Cognito team. Early on they would battle to make their way through the massive field of UTVs, trucks and buggies. At one point c0-driver Justin Sheakley, who drove the early half of the race, ran up behind the #1916 RZR of Cody Nygren, who in his eyes and despite multiple attempts with their horn was refusing to move over. An anxious Sheakley drove the #1918 in for a ‘nerf’ with their aptly named “War Hammer” front bumper but as the #1918 impacted the #1916 their tires would touch sending the Cognito RZR up the back of Nygren’s rear end and causing the two vehicles to latch together via the bumpers. This would result in up to 20 minutes of down time as the two vehicles worked to get untangled. Soon after Nygren would run out of fuel only miles from the next pit thus ending any chance of a podium finish for the team. The collision would result in a damaged skid plate for the Cognito RZR and the team would lose massive amounts of time as they worked in the pits to repair. Despite being cycled to the middle of the pack physically Cognito pushed hard once Lambert got into the RZR at Pit 7, roughly the halfway point. From there it was foot to the floor driving and with a little bit of luck Cognito Motorsports would cross the line first and hold off Murray Motorsports on corrected time to secure their win.

Finishing only minutes behind them was the #1917 Can-Am Turbo Maverick of Murray Motorsports. Jason & Derek Murray did what they do best, set a pace and knock down the miles with minimal mechanicals. The team is one of the most consistent in the class and while it was their Factory Can-Am teammate Dustin Jones of S3 Powersports in the #1978 who garnered the most attention during the race, it would be the #1917 who represented Can-Am on the podium. The Murray’s not only are one of the most competitive teams in the class, they are also one of the most respectful teams in off-road. They go about their business with class and because of that we are always happy to see them do well!

Behind them in 3rd place was the always hard charging, multi-V2R race winning #1919 Polaris RZR of Brandon Schueler / Jagged X. Brandon Schueler and his factory Polaris Jagged X team is no slouch. He has 6 championships at Best In The Desert (BITD) and has won the Vegas To Reno multiple times finishing only seconds behind the Coastal Racing RZR in 2014 while holding onto 2nd place. Schueler who started near the rear of the field also did what he and his team do best and thats remain smart in regards to pace and pit strategy. Despite multiple broken wheels resulting in flat tires, Schueler and the #1919 RZR clicked off the miles and late in the race put a hard charge on to shoot to the front of the pack. Jagged X teammate Craig Scanlon in the #1931 RZR ran up front most of the day battling neck and neck with the #1978 Turbo Maverick of Dustin Jones. It was shaping up to be Scanlon’s day who competed despite a torn pectoral muscle he suffered a month or so ago during a fitness workout. The #1931 would finish a respectable 6th place.

Finishing all alone and in first place in the Pro Unlimited class was Lacretia Buerrier in the #2909 Rockstar / Dragonfire Polaris RZR. Buerrier continues her points lead for the season championship. While often overlooked as a competitor in the much smaller Unlimited class, it goes without saying that the #2909 RZR is one of the most consistent vehicles in the UTV racing field. 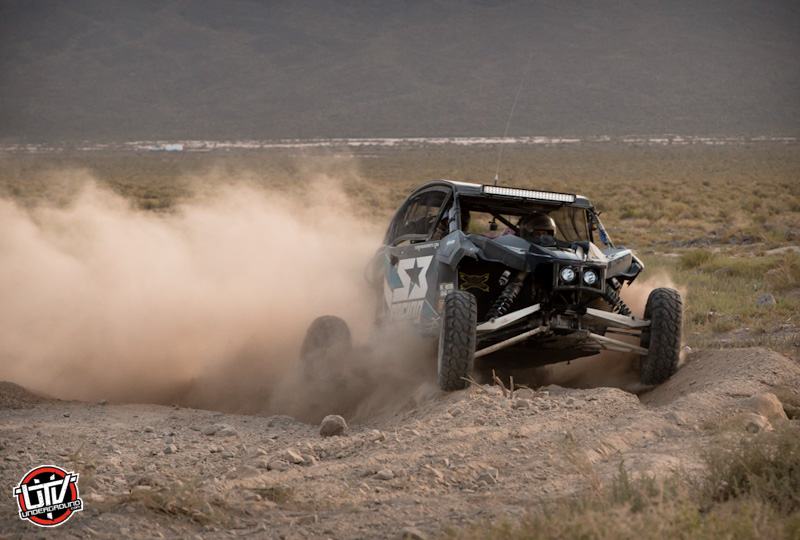 One of the bigger stories of the race was surrounding Johnny Angal and the NEW #1921 UTV Inc Polaris RZR Turbo. Angal who is in a heated points battle for the season championship threw caution to the wind and decided to abandon his already proven RZR XP1000 and try his luck with his all new 2016 Polaris XP Turbo which his team built in 12 days time. Early on Angal suffered the new car blues and was over an hour behind the lead UTV through race mile 64. Everyone was curious to see how the new Turbo platform would hold up in its first real test. Overall it appeared to do well once Angal was able to settle into his groove. The #1921 got faster as the race went on and put on a hard charge late in the day to finish in 5th place. While this was the first Polaris Turbo RZR to enter, we know it will not be the last as many teams have begun their own builds on a machine that is sure to change the face of UTV racing.

545 miles is a serious test for any vehicle and its drivers. Many race for the front immediately and in most cases the desert absorbs those vehicles and its drivers well before the finish line. As is the case in any desert race, attrition plays a role and of the 51 UTVs that started only 23 would finish the race. One of the DNFs stood out. The #1978 Can-Am Maverick Turbo of S3 Powersports won the Mint 400 this year not because of pure speed but because of outlasting the vehicles who raced before them. They took the same approach at V2R and when they came by me at RM64 I almost thought something was wrong with the machine as they raced by at a very moderate pace somewhere near the middle of the pack. But by the mid-way point Dustin Jones had driven past a banged and battered field of UTVs and found himself sitting up front on corrected time and running in the top 3 physically. At one point late in the race, Jones enjoyed a 20+ mile gap over the second vehicle on course and looked to be turning it on and heading towards his second win of the season. Unfortunately for him his fast Maverick Turbo would succumb to transmission failure only miles from the finish. To add insult to injury, the team who looked to be on their way to an easy first place finish had to sit and watch every single race vehicle on course behind them pass and go on to finish until BITD would allow their chase team to recover them early Saturday morning. For us it brought back memories of 2013 when Mark Holz had checked out in the Coastal Racing Polaris RZR before suffering a similar failure. They were able to get the machine back to the pits for repair and later finish the race. Unfortunately for S3, they had to take an unfortunate DNF.

While the race has concluded the chatter amongst teams and competitors is still wide open following this years V2R. Racers and teams are in hot debate over many issues that seem to evolve around class race director and competitor Cory Sappington who races the factory backed #1904 Can-Am Maverick Turbo. Once again Sappington has found himself being placed in a position to defend his usefulness as the class’ sole representative. This is nothing new for UTV desert racing. It seems to be a yearly tradition to question why a competitor who enjoys a factory backed sponsorship is able to create rules, enforce rules and solely dictate how the class (and his competitors) and structure is laid out and shaped. The topic for questioning this year is surrounding the decision prior to the start of this season to allow factory Turbo UTVs into what was then a Naturally Aspirated ONLY Pro UTV class. The decision opened the door for multiple factory backed Can-Am teams, including Sappington to race their now forced induction UTVs in a class made up entirely of naturally aspirated vehicles.It also allowed Johnny Angal to race the new RZR XP Turbo in this weekends race.

The rule which was temporarily swept under the rug by racers early on is now being brought back to the forefront of discussion as Polaris has now introduced their own Turbo RZR. Much of the class that we have spoken too is afraid that by allowing Turbo UTVs into the fastest growing and largest class in off-road racing will now force competitive racers to either 1. build new machines to remain competitive or 2. find a new place to race. It is nothing new to have to build new machines in the UTV class every couple of seasons to remain in the latest and greatest equipment as the machines continue to evolve, but the Turbo definitely brings in a new dynamic that should have been easily introduced into UTV racing by being placed first into the existing UNLIMITED UTV class.

The Pro UTV class is in turmoil as it seeks to decide what its fate will be for 2016 with many in the class threatening to either sell their 1000cc N/A UTVs and move to other classes in off-road or move their team to another series in 2016. So while Sappington’s obvious conflict of interest as director and competitor is the largest ongoing issue in the class and maybe our sport, its how the class will unite and decide its own future that has many wondering if we are nearing the plateau of class growth. 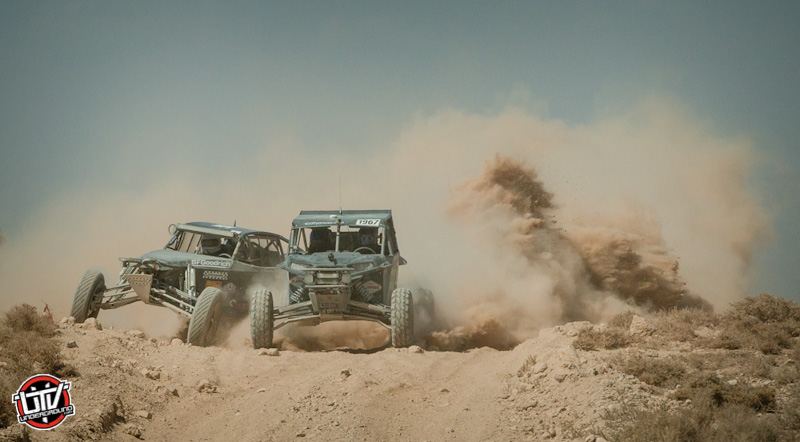 As always, we want to thank every single team and racer who represents UTVUnderground.com on and off the track. You know nothing stokes us out more than to see our colors on your machines while we chase you through the desert to bring industry leading coverage to you live and post race. I also want to extend a huge than you to the entire UTVUnderground.com who helped provide coverage for this years race. Big thank you to Mad Media for coordinating the efforts to capture photos and video trackside as well as our boy Rusty Baptist who led the charge from home constantly updating our fans and our boots on the ground in Nevada!

See you all in Parker! 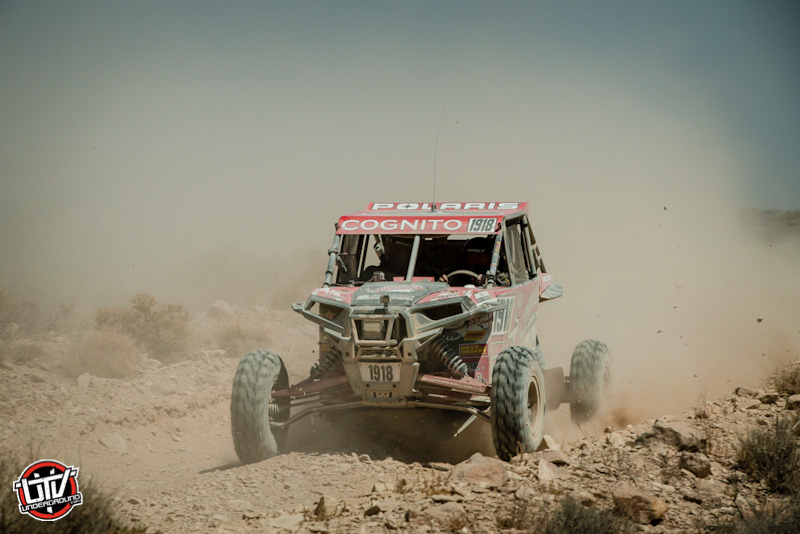 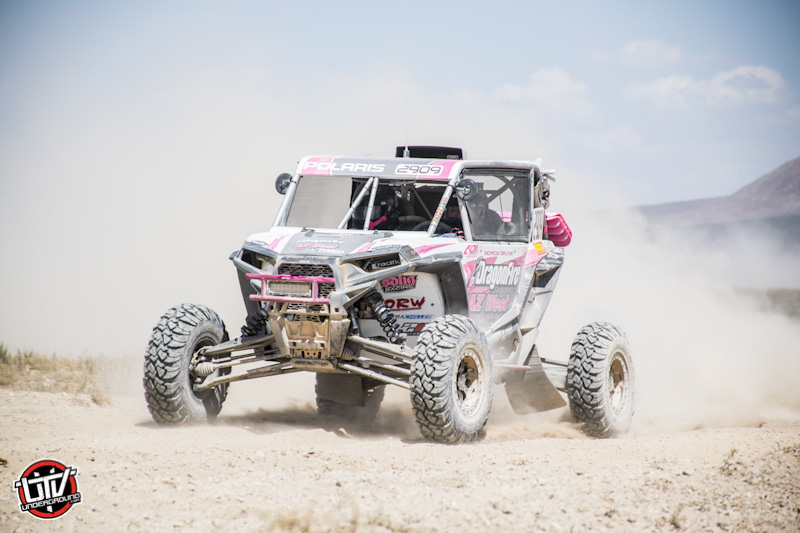