Home All Stories News 2015 RMURA Round 5 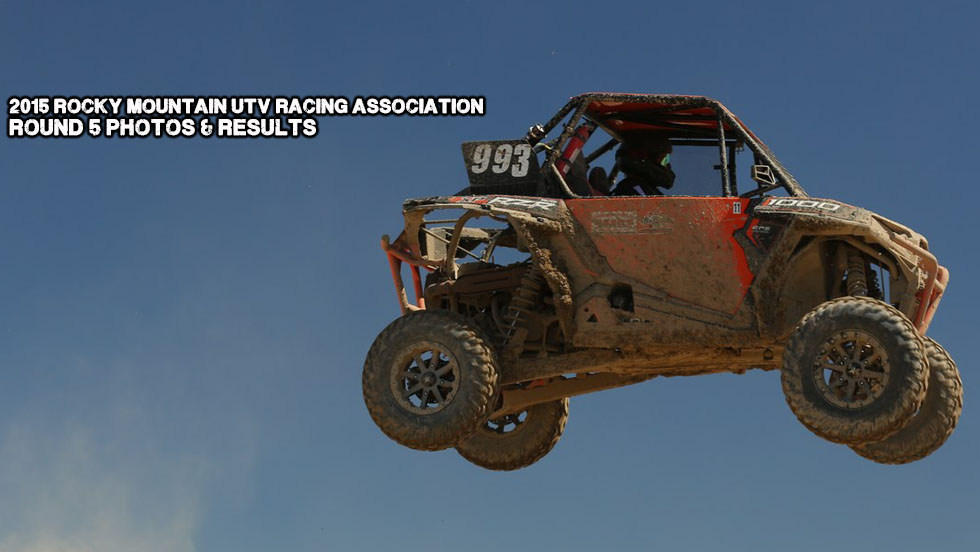 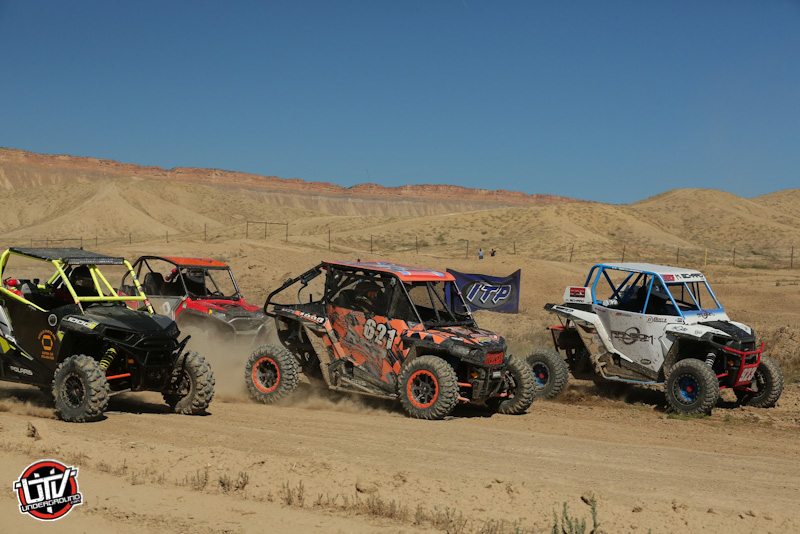 The fifth round of the RMURA series made its return to Grand Junction Motor Speedway in Colorado, and Eric Snemyr won in his debut race in the Rocky Mountain UTV Racing Association Expert Class followed by Mike Schaad and Josh Tatman to round out the Expert UTV podium.

Expert SxS Points leader, Chris Deshon, led the field at the start, but bicycled his Polaris RZR into the first turn, handing the lead over Eric Snemyr. Deshon charged back through the field and was challenging Snemyr for the lead, which caused him to clog his radiator from the dust, which over heated his RZR and sent it into limp mode and out of the race, which allowed Snemyr to run away with the win.

“Chris Deshon is a quick guy, but apparently I overheated him with the dust behind me,” said Snemyr. “The course was awesome. I’m invested in the series now. I definitely plan to run some more. I’m surprised at how well I did.

Mike Schaad ran his own race, running alone in second for much of the race. “I pulled the holeshot, gave it up and then took it back,” explained Schaad. “I broke away from the pack pretty quickly and then ran by myself. This is my fifth race this season. I love racing. The course was awesome. It was pretty brutal when the shocks faded, but it was gnarly and it was fun.”

Josh Tatman broke an A-Arm in practice and figured his weekend was over. That is until Deshon helped him get back on track. “He grabbed an A-Arm for me, and he even helped me put it on,” said Tatman. “Chris is a true competitor. It was pretty dusty and I got rear ended, but we’re happy with the podium. I waited until the end to put in my best lap times. I didn’t expect to be on the podium, and I can’t wait to do it again.” 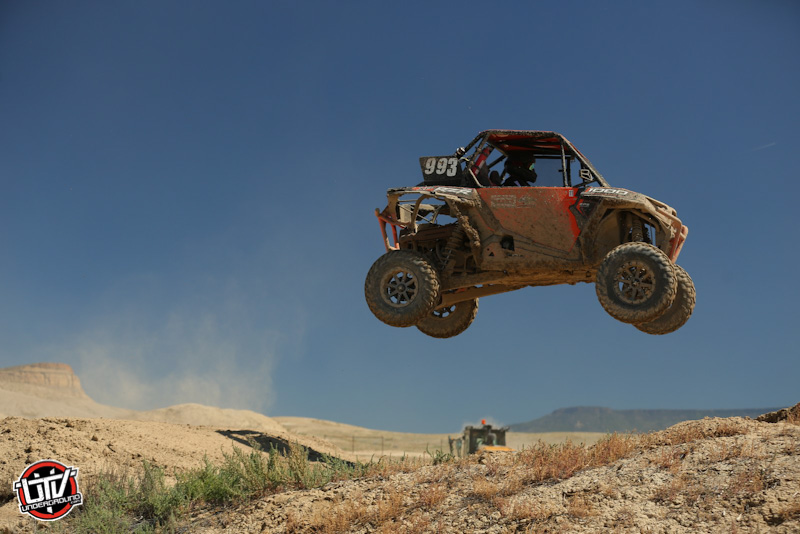 Deshon leaves Round 5 with the championship lead, but it has gotten much tighter going into the season finale with a 44 point lead over Mike Schaad moving up into the second spot ahead of Kyle Raley

In the Women’s Powder Puff class, Chelsea Cisneros drove through the entire field to take the win race, ahead of Jenny Meeker and Rebecca Rector. “My engine died at the start and I had a time getting through the field,” said Cisneros. “Starting at the back seemed like a good idea today. This is my third race and my first win. This is awesome; just amazing. I loved the jumps here.”

In the Sportsman SxS 1000 class, Evan Gallegos finished first, followed by Chase Slaugh and Mike Slaugh. It marked his first RMURA victory. “We race Rocky Mountain UTV and this is part of the sport; we love it,” said Gallegos. “We get to see a lot of different tracks with jumps and obstacles. This is a great crowd. I came out of the holeshot and had to hold it out of the dust. We didn’t feel like eating anyone’s dust today.”

“I was dying to ride today,” said an exuberant Galaviz. “I gave it my all and did pretty well. It was super exciting to get this win.”

Round 6 and the season finale of the Rocky Mountain UTV Racing Association is scheduled for October 10 at IMI in Dacono, CO. 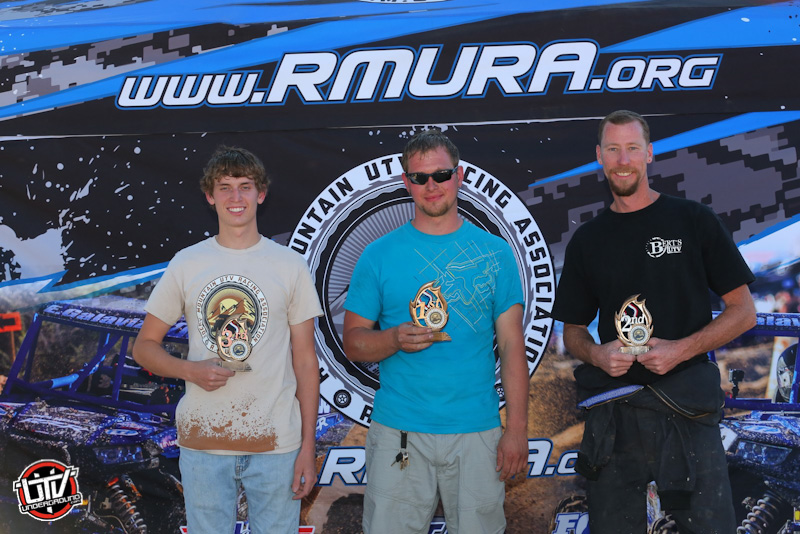 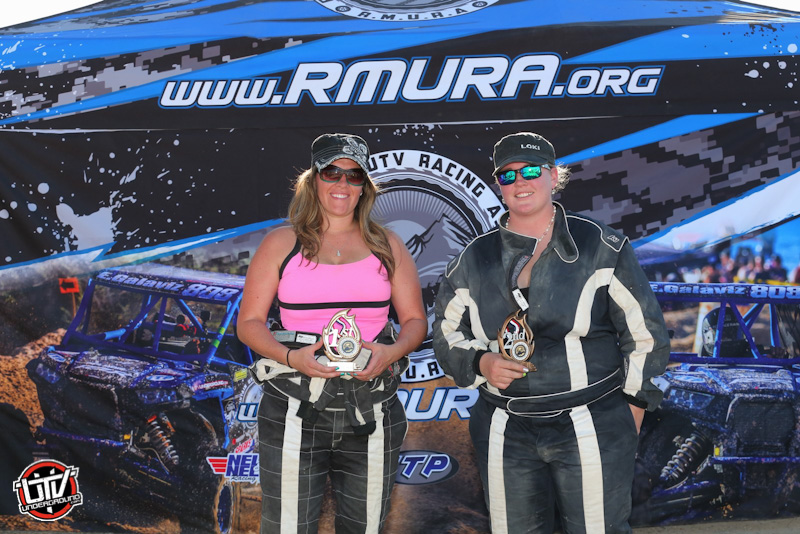