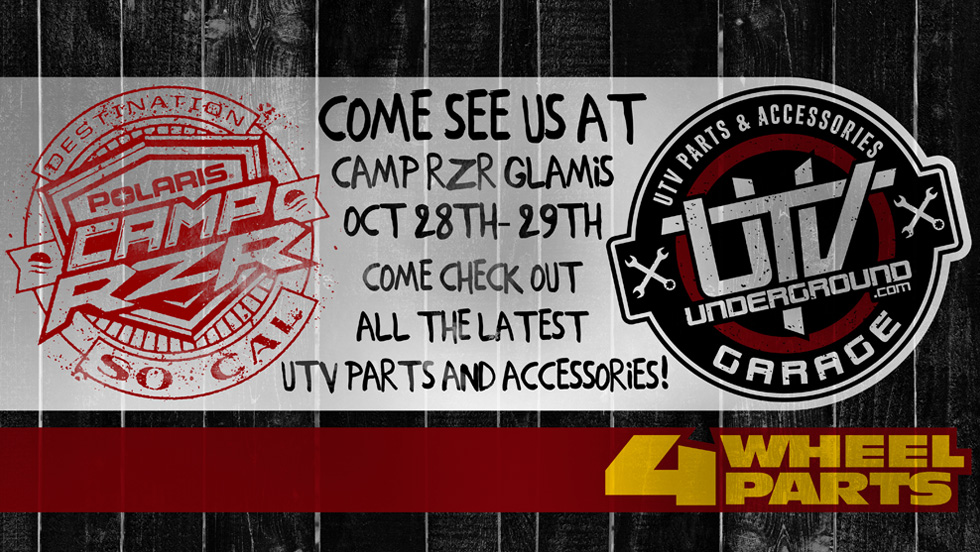 For the 4th year in a row, Polaris RZR is bringing the industries biggest enthusiast party back to Glamis for the 2016 Camp RZR! Camp RZR started in Glamis back in 2013 and UTVUnderground.com has played a role in the event since its inception and this year we plan to go bigger than ever!

For 2016 UTVUnderground.com will team up with 4 Wheel Parts and bring the new UTVUnderground Garage to the party grounds inside Camp RZR. We will be locked and stocked with parts and accessories and will also be giving away over $10K in prizes as part of Camp RZRs prize wheel giveaways. Make sure to take time to also come check out the awesome RZRs we will have on display in front of the UTVUnderground Garage semi truck. In addition to our new UTVUG Garage builds, Joey D. will unveil his brand new 2016 Polaris RZR XP Turbo he is calling the FatRod V2 (version 2). The build will pay homage to the first UTV he and the UTVUnderground ever built, the FatRod rhino, and will sport a hand painted body in the same hot rod themed paint scheme. Other custom vehicles including the famous KONG Polaris RZR owned by Bart “Govacho” Chielens. This high horse powered RZR is one of the fastest purpose built drag RZRs ever constructed.

Polaris has gone above and beyond for this years event. Back is the highly anticipated UTVUnderground.com Show & Shine Presented by ProLineWraps. Multiple categories will be available for enthusiasts and industry professionals to enter their RZRs in and fight for a chance to win some amazing prizes! Polaris has also brought back the fan favorite Prize Wheel which allows everyone in attendance to spin the wheel for a chance to win one of thousands of prizes. Of course the Polaris RZR Experience Tour will be on hand giving attendees a chance to test out the all-new 2017 Polaris RZR XP Turbo which features a massive 168hp power plant. 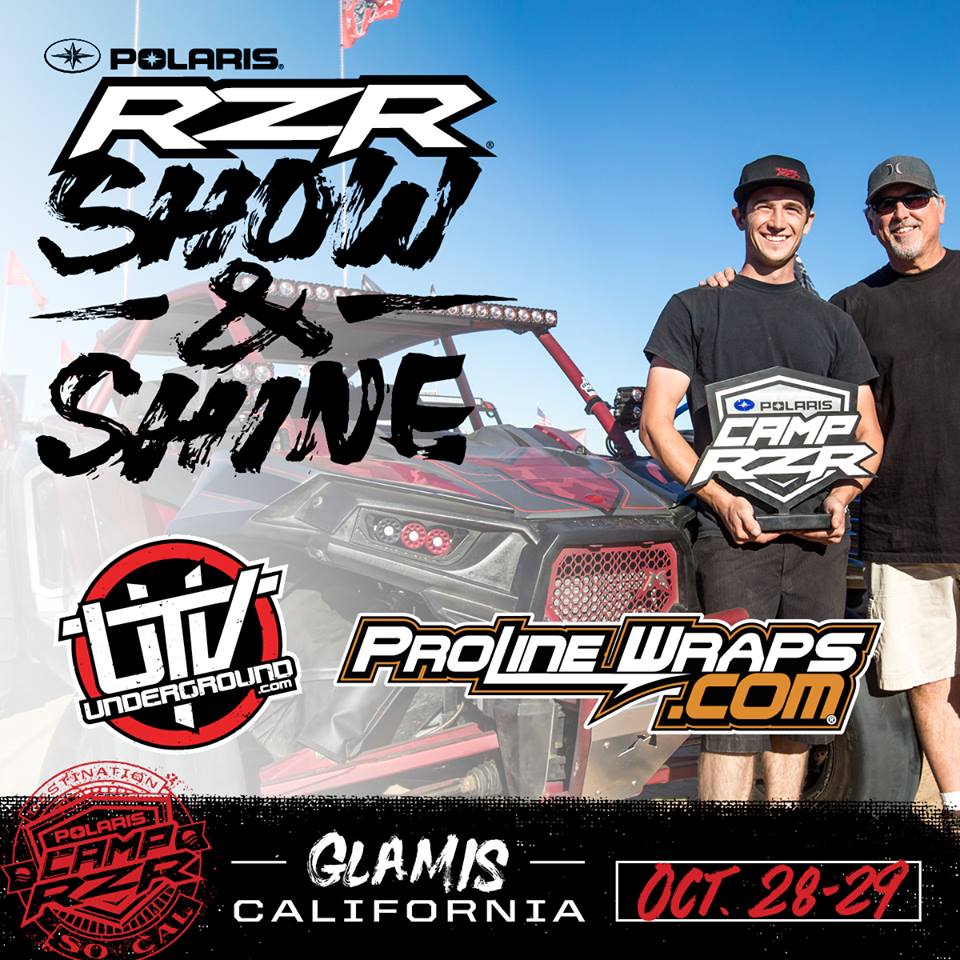 NEW for 2016 is the Celebrity Dunk Tank which will give attendees chances to sink their favorite Polaris RZR athletes. RedBull Trials Athlete, Geoff Aaron will be on hand giving trials bike demos both days. One of the biggest new additions to this years event is the Jake Owen concert which will take place on Saturday night following the giveaway of not 1, but 4 new 2017 Polaris RZR XP Turbo’s! Attendees will all have a chance to win 1 of 4 Turbo’s prior to enjoying one of country musics hottest acts.

Not one to disappoint, RJ Anderson will also have a little XP1K4 surprise up his sleeve for Saturday night. You won’t want to miss this!!

Its been a rough year for many RZR owners. Polaris has issued recalls that have affected many of their southwest customers so Polaris staff will be on hand to offer full recall work on affected users and will be performing these repairs on a first-come, first-serve basis on Thursday – Saturday. 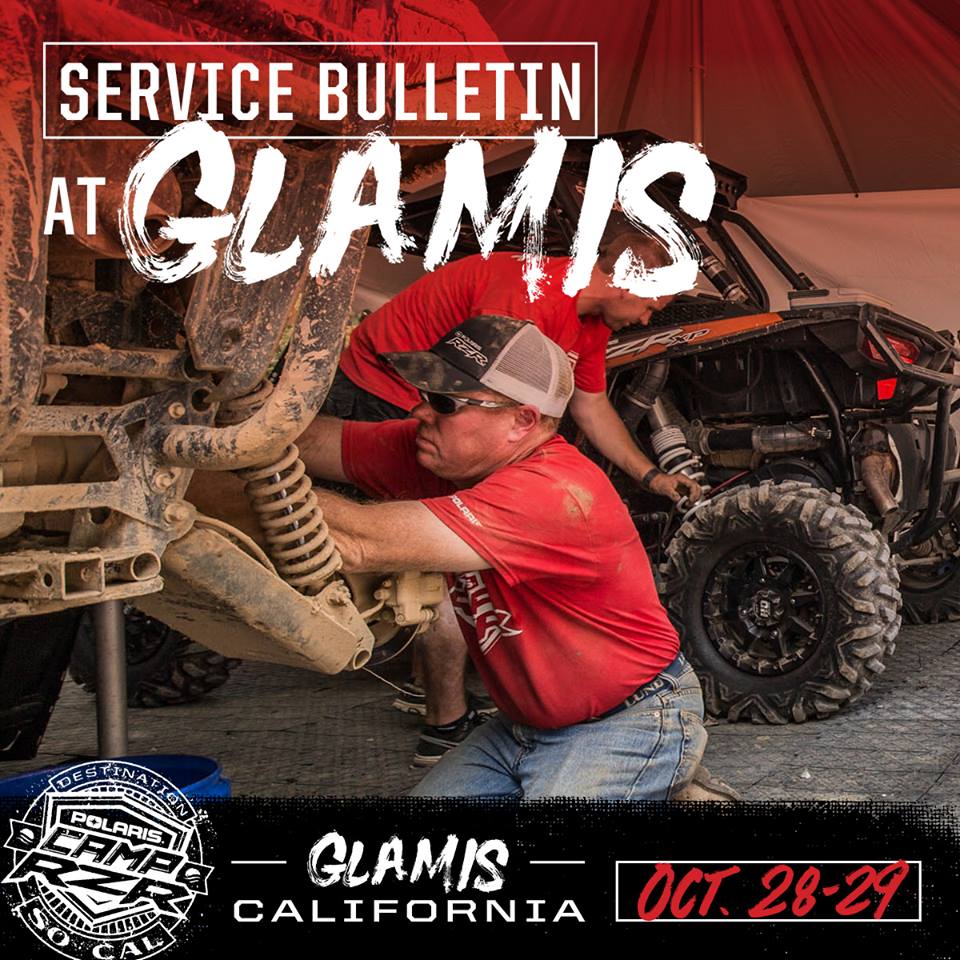 Its going to be a jam packed weekend full of fun, riding, and of course enjoying the party vibe of Camp RZR. Polaris partners, athletes and companies will all be on hand making this years event one of the biggest to date!

Stay tuned all weekend long for constant Camp RZR, UTVUnderground videos, photo and social media posts strait from Glamis! We will post daily recap videos and share all of the action with those of you who are unable to make it to Glamis.

See you all in the Glamis Dunes for the 2016 Camp RZR! 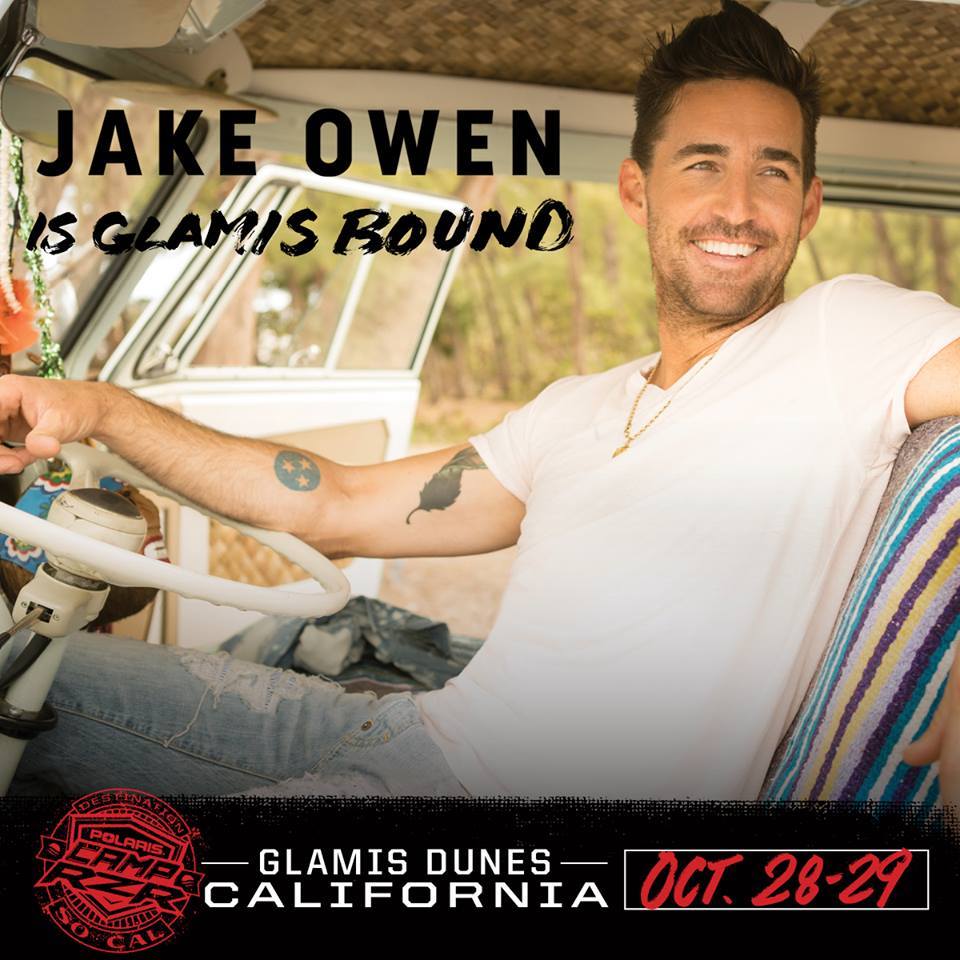