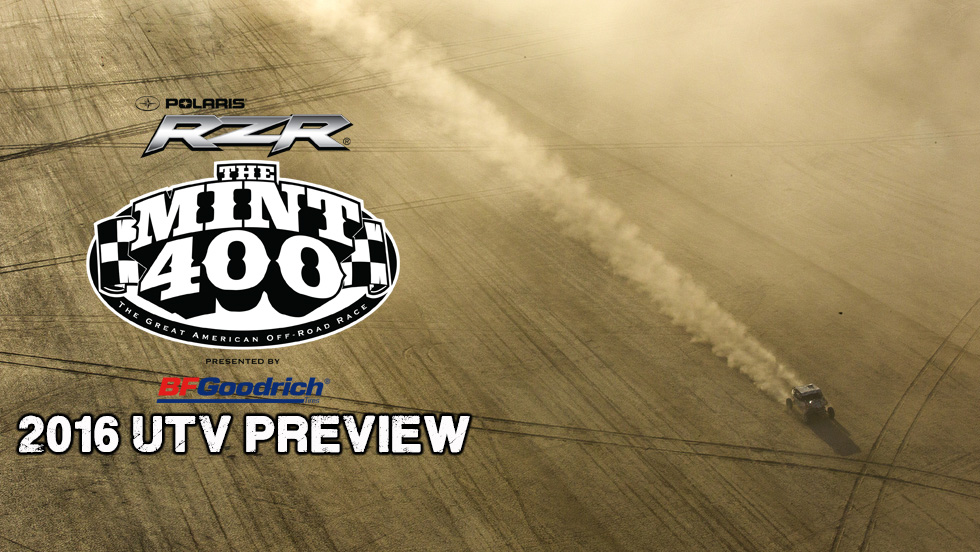 The Mint 400 is the race everyone wants to win. Ask any UTV desert racer which race they would want the top spot at and I guarantee The Mint 400 will be listed with the Baja 1000 and UTV World Championship. The Mint is a historic race, it’s also the biggest and baddest off-road race event in the United States. To win the Mint is to etch your name in off-road racing history and this year the biggest field of UTVs to ever head to Las Vegas are set to chase down their share of the glory. 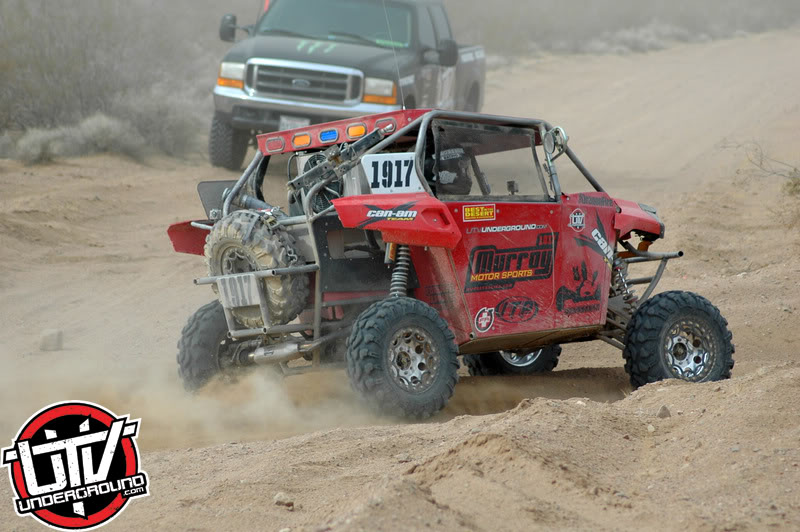 In 2012, The Mint 400 welcomed UTVs to the famed event for the first time ever. 50 UTVs would sign up that year and make a statement to the rest of the off-road racing community that the UTV class was the fastest growing class in all of off-road racing. UTV competitors were in awe, for many this was the first time competing on a stage this large. The Murray Motorsports Can-Am team of Derek & Jason Murray would leave the 2012 event as winners putting them and Can-Am on the famed list of Mint 400 race winners.
Read more from the 2012 event here: https://www.utvunderground.com/2014-mint-400-12198.html
See the full 2012 results here: http://themint400.com/wp-content/uploads/2015/12/2012Mint4002LapClassesRes.pdf 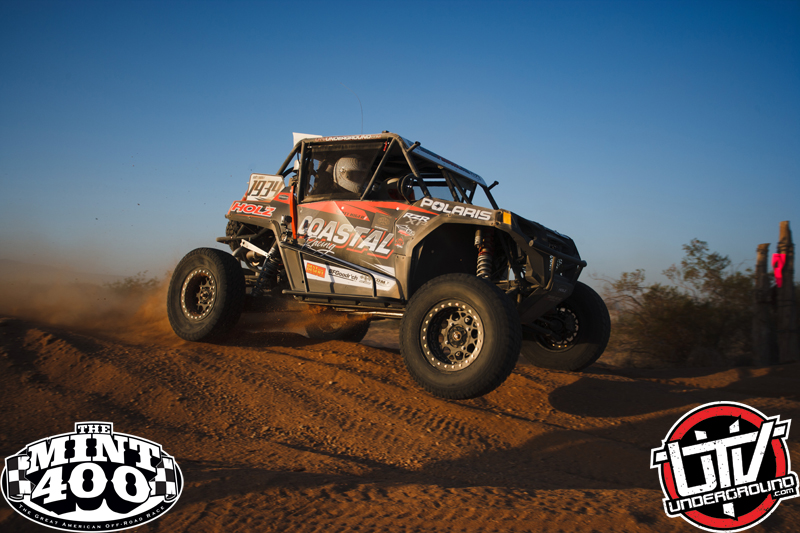 2013 was another breakout year for the UTV class with The Mint 400 bringing out the largest UTV car count ever for a desert race. With the increase in car count also came in the increase in vehicle speed! No one was faster that year than the #1934 Polaris RZR of Scott Kiger and Mark Holz. They put on a clinic and would give Polaris their first Mint 400 race win!
Read more from the 2013 event here: https://www.utvunderground.com/2013-mint-400-utv-race-4509.html
See the full 2013 results here: http://themint400.com/wp-content/uploads/2015/12/2013Mint400OfficialResults2LapClasses.pdf 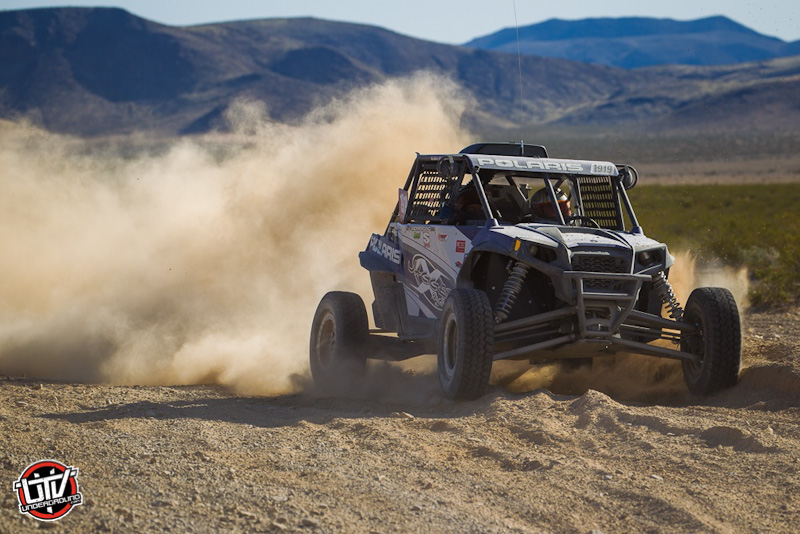 The 2014 Mint 400 once again saw an increase in UTVs, but more than that was the increase in UTV exposure and notoriety. Over 50 UTVs once again flocked to Las Vegas to take part in the famed event and for the first time ever a UTV OEM became presenting sponsor of a major off-road race. Polaris RZR jumped on board to support the expanding event and brought with them a full fleet of factory backed racers. In the end, Brandon Schueler of Jagged X Racing would come away the big winner giving Polaris a 2-1 lead in the Mint 400 lifetime standings. Scheuler would also go on to win the season title.
Read more from the 2014 event here: https://www.utvunderground.com/2014-mint-400-12198.html
See the full 2014 results here: http://themint400.com/wp-content/uploads/2014/05/2014-mint-400-results-2lap.pdf 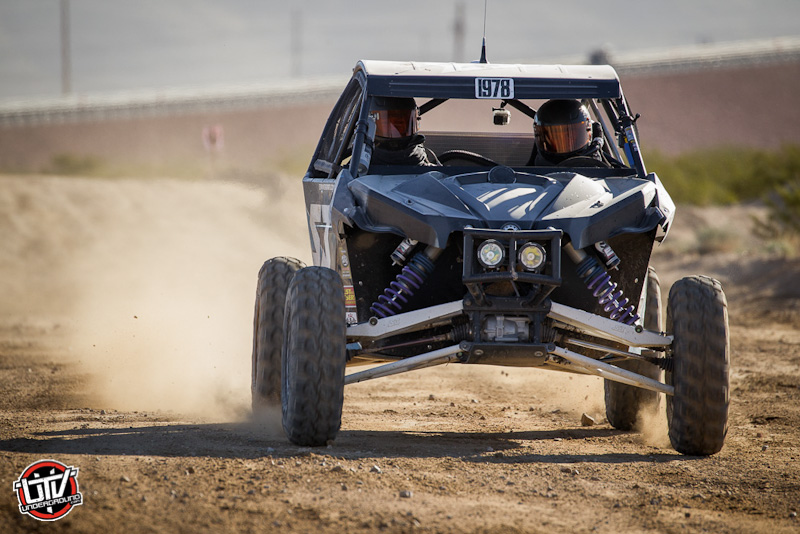 Nearly 60 UTVs would show up to take on the 2015 Mint 400. For the first time ever, the UTV class would make up the largest class in the race and Polaris RZR would title sponsor The Great American Off-Road Race! This would mark the largest Mint 400 ever and the biggest UTV desert race up to that point. Never has the competition been stronger and never have UTVs garnered as much respect and attention. Rookie off-road racer Dustin Jones in his S3 Powersports Can-Am Maverick would take advantage of extreme attrition and pilot his machine to his first major desert race win of his career. The win would even the score between Can-Am and Polaris in the Mint 400 OEM battle. Can Dustin Jones repeat in 2016? I guess we will find out later this week at the Polaris RZR Mint 400 Presented by BFGoodrich!
Read more from the 2015 event here: https://www.utvunderground.com/2015-mint-400-photos-story-results-25922.html
See the full 2015 results here: http://themint400.com/wp-content/uploads/2015/03/2015_1stRace_3Lap_Finishers_Only.pdf

This year once again shows that UTVs are not just a flash in the pan. Over 65 UTVs are slated to take on this year’s Mint 400 race with all the biggest of hitters in the class staging and challenging for their share of Mint 400 glory. Murray, Holz, Schueler and Jones are back to take on the Mint and to regain their titles as Mint 400 champions. Newcomers and podium finishers alike are also coming to Las Vegas and are set to take down the defending champions and add their name to the list of winners. This will be the biggest Mint 400 race yet and we can’t wait to see how the event plays out. Will Polaris regain their dominance or will Can-Am continue to play spoiler? Only time will tell! We will see you in Las Vegas, but here is everything you need to know about this weeks 2016 Polaris RZR Mint 400 Presented by BFGoodrich!