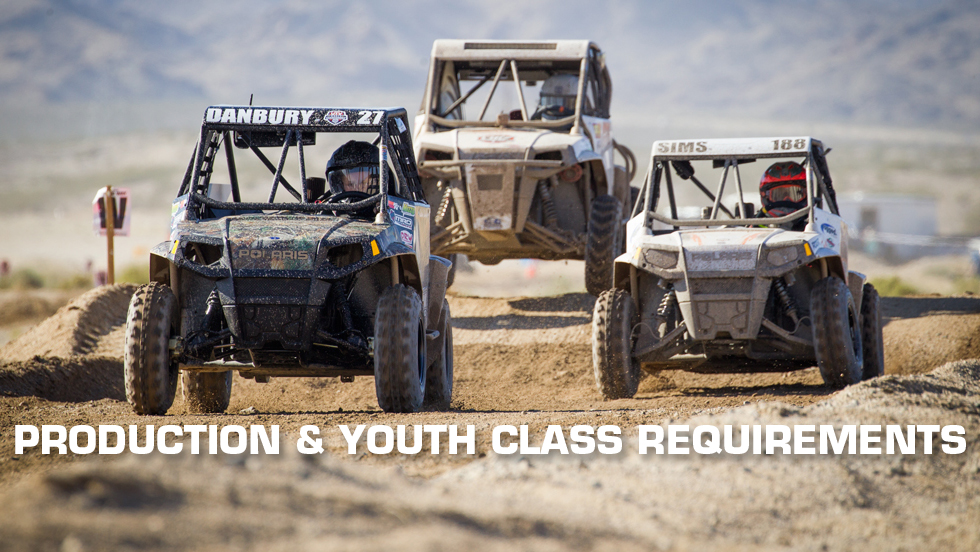 UTVUnderground.com announced today that the 2016 Polaris RZR UTV World Championship (UTVWC) will include a separate class for new Turbo models in the Production race and will also add a Youth Unlimited 250cc class for modified Polaris RZR 170 racers. In addition, this year’s UTVWC will eliminate the existing Production 850cc class due to limited entries last year, but will retain the 700cc & 900cc Production classes. The desert racing classes will remain based off of the current Best In The Desert (BITD) class structure. 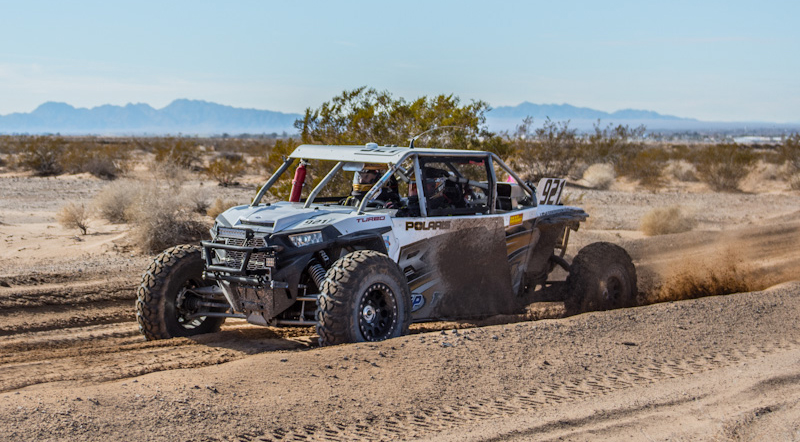 “With the addition of the new Polaris RZR XP Turbo and existing Can-Am Maverick Turbo, we felt it necessary to add a turbo specific class for this year’s Production race. In doing this we now not only add another class for racers to compete for a podium in but also add a new overall race winner knowing that the existing Production 1000 race class is still extremely fast and competitive,” stated Joey DiGiovanni, CEO / Founder of UTVUnderground.com. 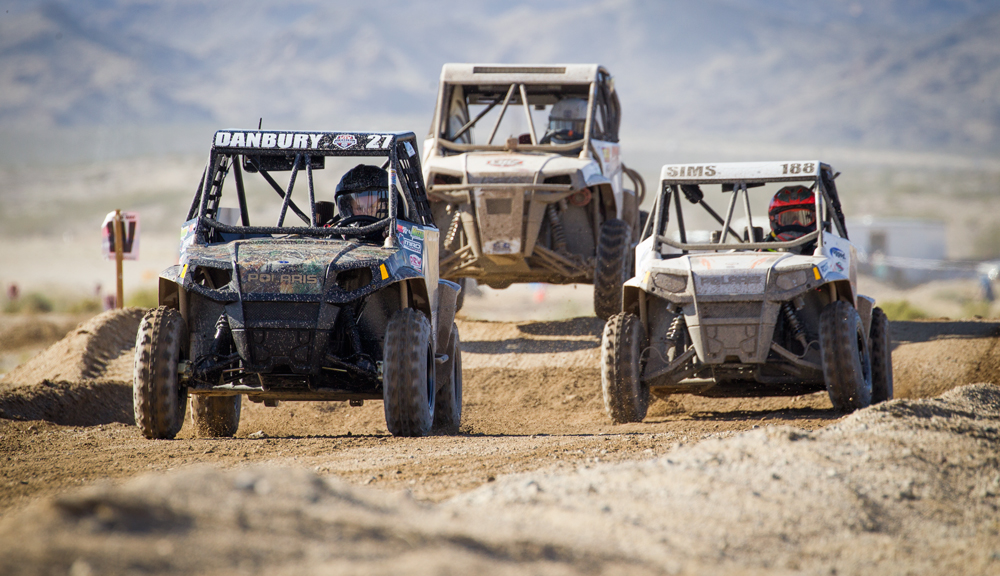 The Youth RZR 170 Championship race in the 2015 UTVWC sparked a new interest in youth SXS racing. Last year, boys and girls between ages 6 & 12 stole the show at the UTV World Championship competing in their Polaris RZR 170 machines prompting organizers to look at ways to not only increase Youth participation but also include those teams who are adapting their youth SXS’s to compete at higher levels.

For this year’s UTVWC the Youth Championship will now feature a new Unlimited 250cc youth class which will feature amatuer drivers from numerous race leagues across the United States. This new class will allow for teams to compete in highly modified Polaris RZR 170 vehicles with engine cc’s up to 250cc. The Youth Championship will also retain the existing Production RZR 170 class where those competing in more stock vehicles can still compete. 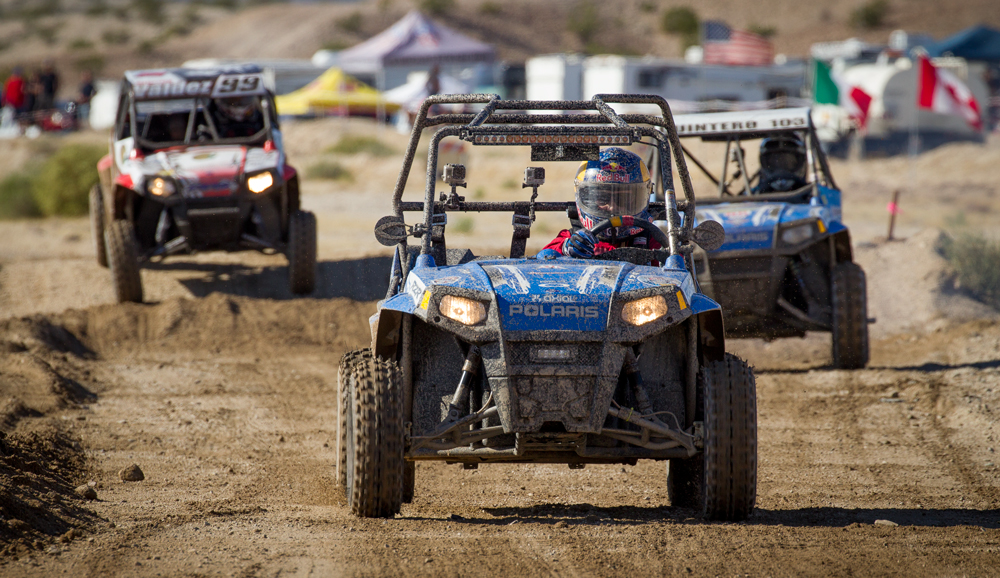 “We knew in 2015 that the Youth Championship race was going to be fun. What we didn’t expect was the subsequent hype that race would bring and how that race would light a fire amongst youth RZR 170 racers and their teams to want to take racing their RZR 170s to a much more serious level. We are thrilled to add the new Unlimited 250cc Youth class to this years World Championship, but we are equally excited to see the growth at the production level with new and returning competitors racing their more stock based RZR 170s.” stated Joey DiGiovanni, CEO / Founder of UTVUnderground.com

Information surrounding prize structure and title event sponsorships will be announced in the coming weeks at www.UTVWorldChampionship.com and on www.UTVUnderground.com 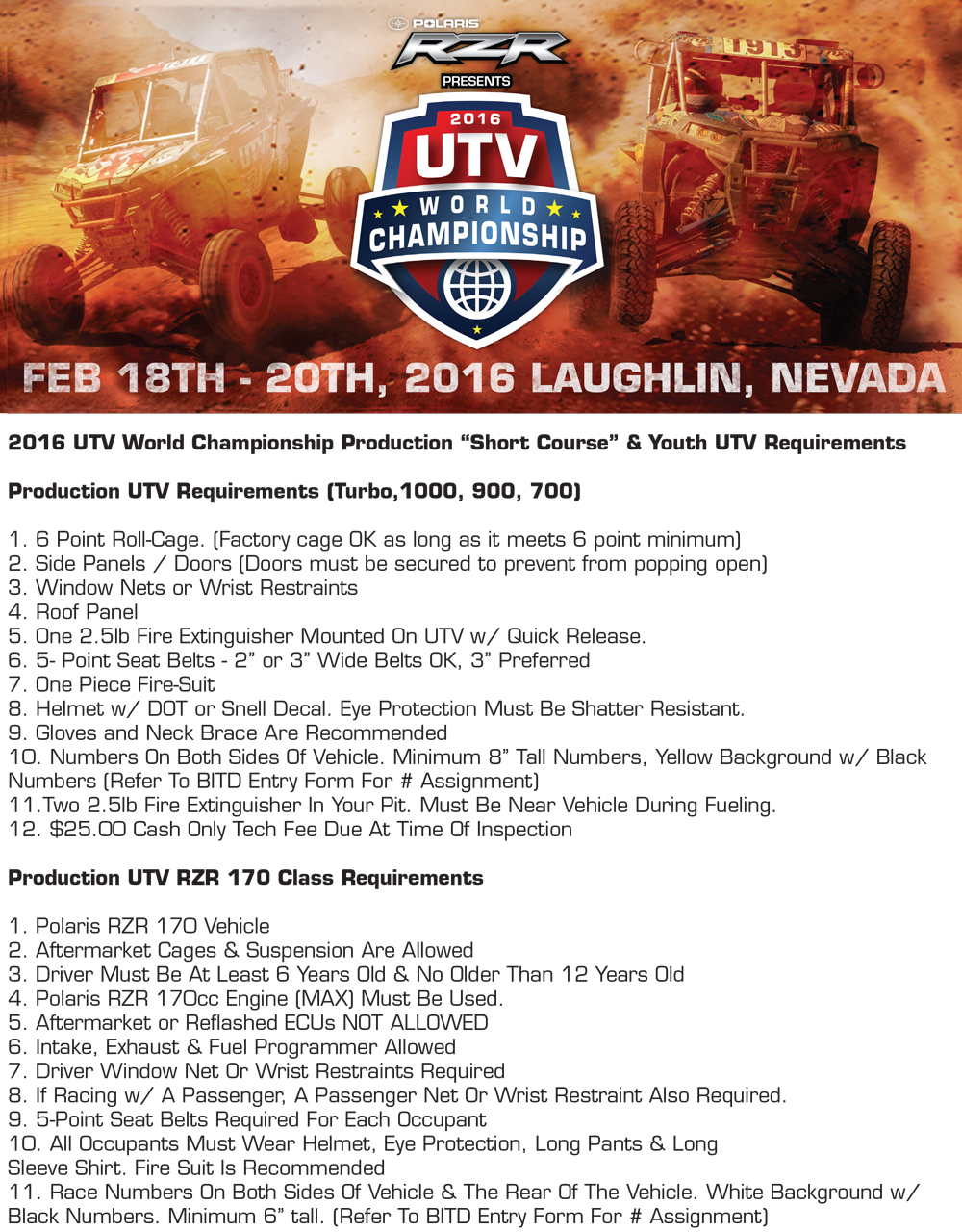 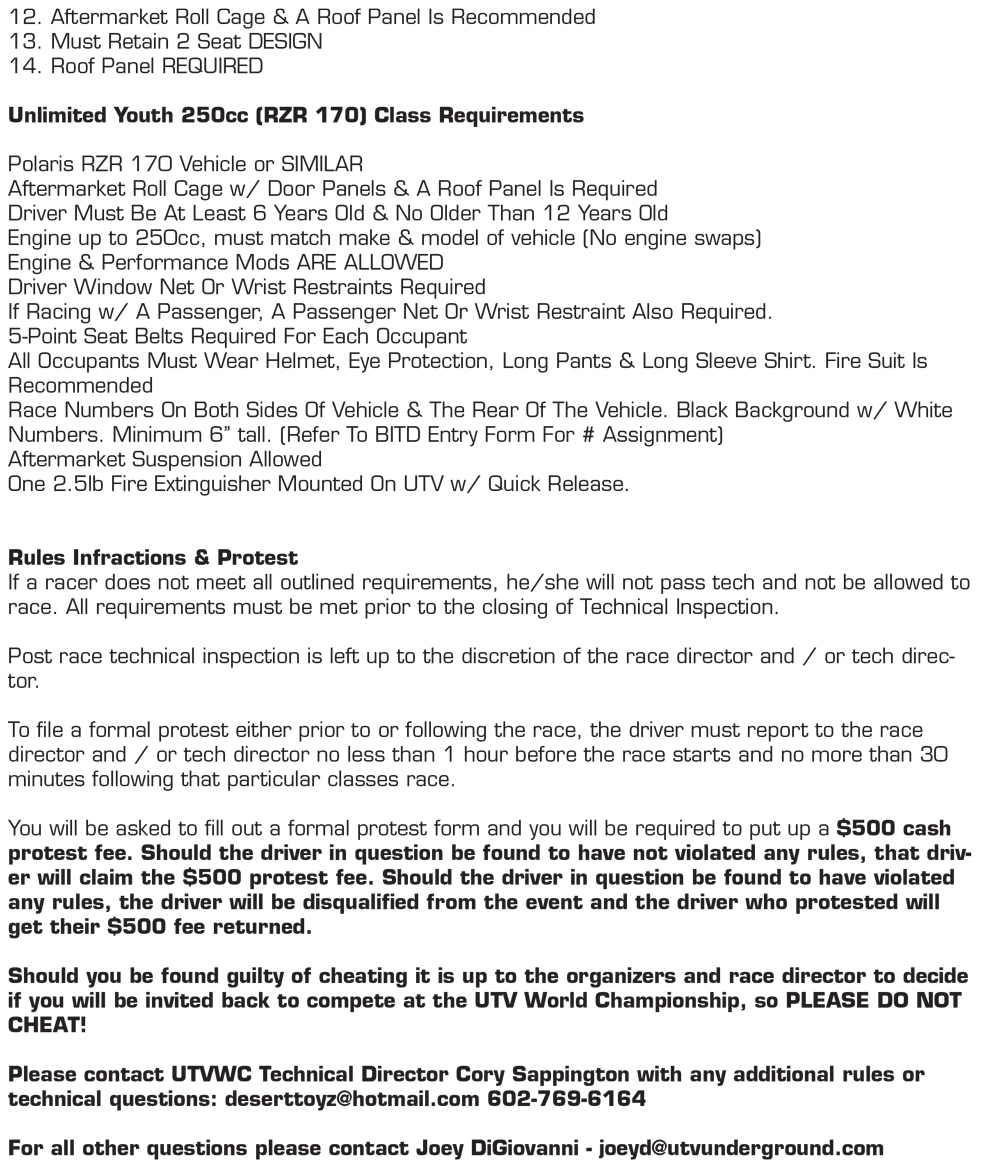