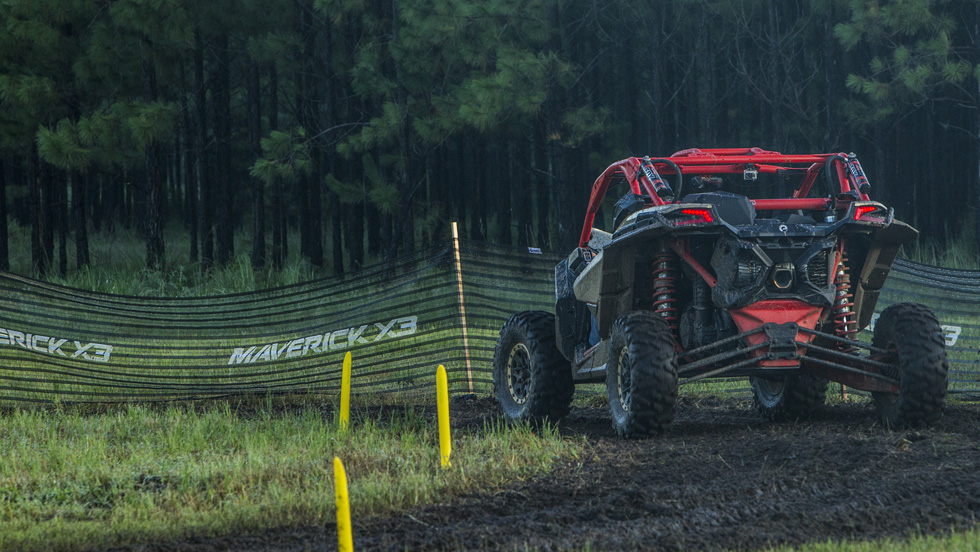 With the heavy weights at Can-Am dropping a bombshell on the anxiously awaiting consumer last week they may have just built what could be classified as more of a Class-1 buggy in the world of UTV. Revealed at the Club BRP dealer show in Orlando the newest high horsepower, “super” long travel suspension machines are here. It was not long ago that a turbo car came rolling out from Can-Am for eager buyers and now power is the biggest it has ever been in a factory produced machine. We had a short yet fun filled chance to twist the key and rip the new treads off the 2017 Maverick X3 and here is how it went down. 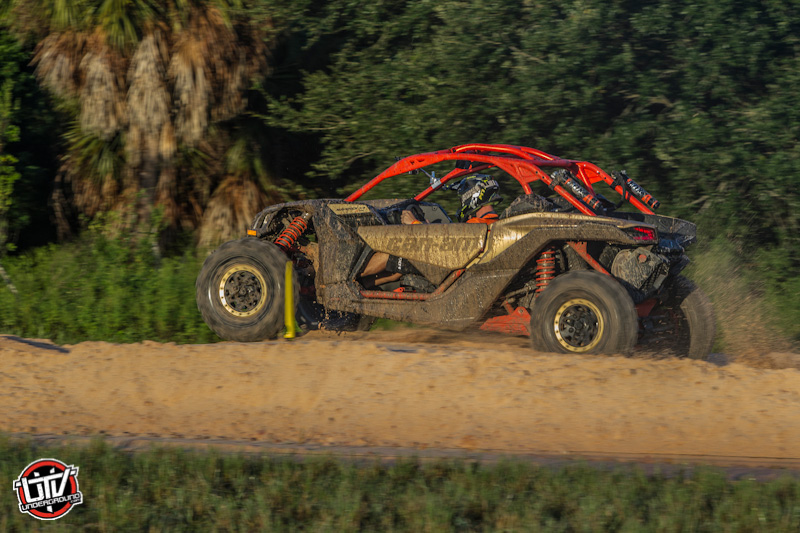 Set up in the unused muddy lot behind the Convention center in Orlando Florida Can-Am made a small test track for their dealers as well as select media to get some brief experience in the Maverick X3 series of dessert assassins. The ride would not only give a short look into the comfort of the machine but it also allowed riders to see just how far the traveling suspension show could go. Using man made berm’s and long stretches of sand whoops it was our chance to at least feel the machine out even if it was only for a few minutes.

When we slipped into the cab our attention was directed to the comfort of the high back seating but this was just a portion of the seats allure. The seating is built with many adjustments and one being height. You can actually drop the seat up to two inches from factory and it does slide rearward for those larger riders legs.

Once the Maverick is started and dropped in gear the tone of the fuel injected, turbo charged triple cylinder and its stated 154HP makes a definite distinct tone. It seems the triple inline power plant is becoming popular or maybe that’s what is used in a lot of the manufacturers Snowmobiles so its an easy transition? Coupled to a gear on gear QRS-X transmission and quick change easy service belt drive the power delivery is smooth and precise. Stepping down onto the go-pedal we did notice an instant response but the power seems to be hinged right off the bottom and begins to come alive as the turbo spools up. It is also very possible that wheel spin restricts the immediate feeling of acceleration from the driver. Which ever it is the power does come on and it rages.

As the Maverick Xrs Turbo R is throttled into the corners it does have excessive chassis roll but feels planted until the rear wheels loose grip and come out swinging under the 154hp turbo. This feeling of sheer power is incredible yet the question could be is it too much power? Nah, never.

With the sandy mud filled berm’s in the corners becoming rutted out it became harder and harder to effectively judge the turning ability but one can only imagine. One of two particular spots on the small course gave us a chance to open the throttle and test our mettle in the 2-3 foot deep temporary whoop sections that were about 50-70 feet in length. Coming off the turn and laying the fire feed to the floor the first instinct to panic was not really realized until about halfway through the whoops. By then it was too late so we held the gas on and with just that little amount of gusto we had experienced what Can-Am had been telling us all evening. The FOX RC2 suspension can handle incredibly deep and rough terrain unlike we had ever experienced in a factory SXS before. The massive travel of 22″ front and 24″ rear combined with the internal bypass style Dual speed compression as well as rebound adjustable shocks had us convinced. 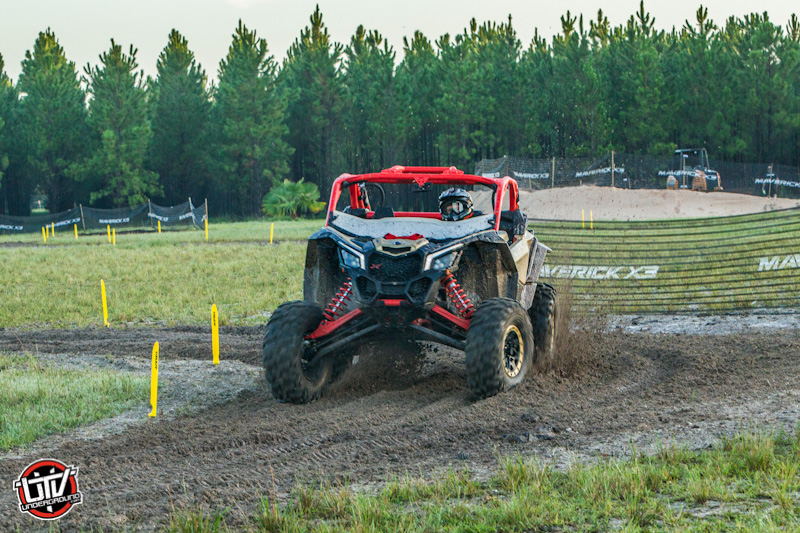 As we mentioned before, the time in this newest dream machine from Can-Am was short but not without excitement and the thought of testing this beast in its natural environment should be right around the corner!