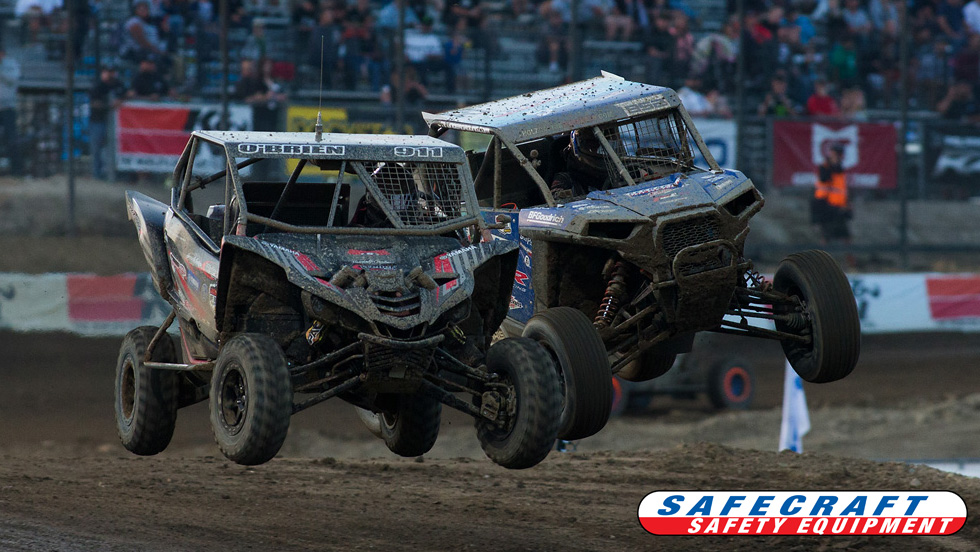 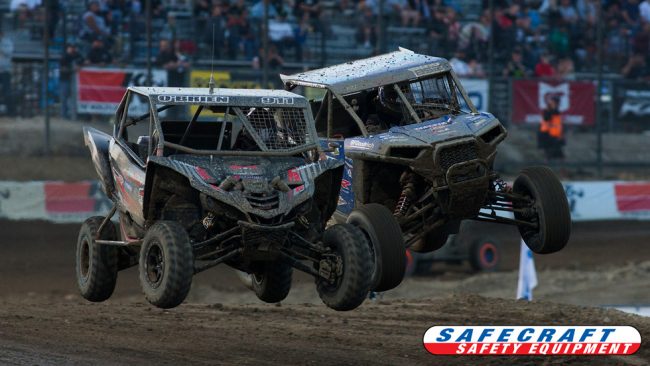 Glen Helen Raceway is always a popular destination for fans to watch the Lucas Oil Offroad Racing Series and this past weekend was no different. For Rounds 11 and 12 LOORRS had their first and only night race of the year and with the race being moved to September the fans got some much nicer weather then years past.

27 UTV’s entered this weekend with hopes of taking home the checkered flag each night but life is not fair and only one driver gets that honor. The usuals were back out at it again and we even had a few additions to the popular venue in RJ Anderson looking for some redemption after an ok Wheatland, cousin Shelby Anderson made her debut in the national series, and Safecraft kingpin Pat O’Keefe was back at it as well. 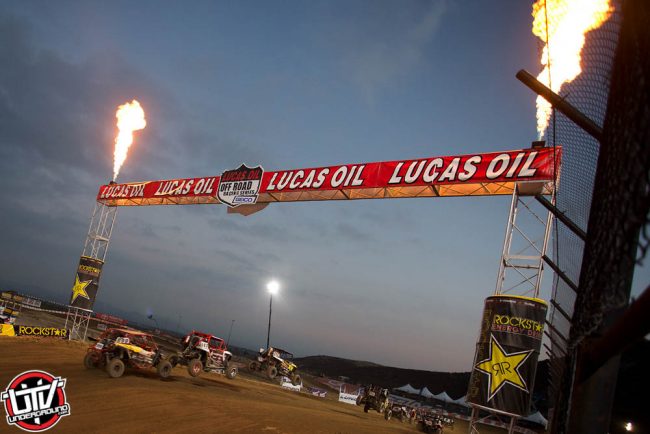 Friday morning started off with qualifying for drivers to try and lay down the fastest lap in 3 minutes of track time to be able to start on the pole for the race later that evening. The great thing about UTV racing is that the drivers are so close together talent wise there never is someone blowing away the rest of the field.

For Friday it was Myles Cheek who put down a 52.281 almost a half a second faster then next quickest Brock Heger, but down the line only a second separated Cheek from the rest of the top ten. Qualifying third was Ronnie Anderson, then Jason Weller, and Dustin Nelson rounding out the top 5. 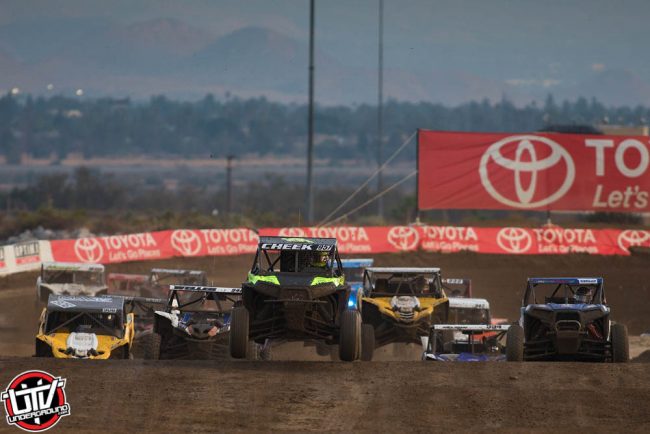 As the sun went down in the sky the UTV’s left the starting line two by two in a rolling start. When the green flag dropped it was led by Cheek and Heger tire to tire leading into the first turn, and Heger getting the slight edge to take the lead.

Cheek would fall back a position to Jason Weller and the two were being chased down by Ronnie Anderson, Brandon Arthur and Dustin Nelson. The battles behind Heger let him put a gap on the rest of the field, all trying to catch the young gun who over the course of the season has shown his dominance.

Multiple restarts due to yellow flags would gap everyone back together a few times but no one had an answer for the points champion and Heger went on to add another win to his belt and grow his points lead even more. Jason Weller was able to take home the second spot with Brandon Arthur taking home third thanks to holding down the UTVUnderground.com Fast Lap. 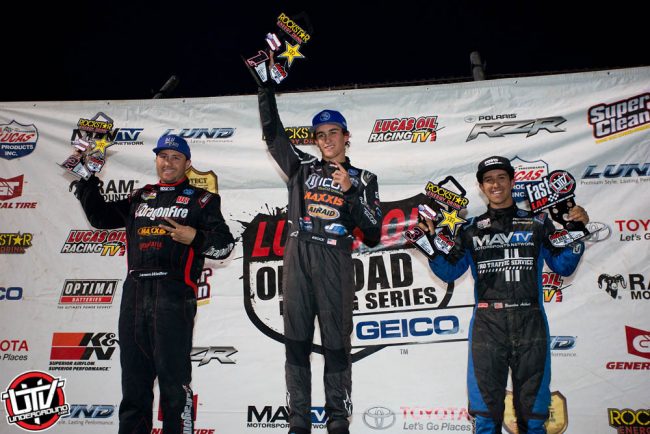 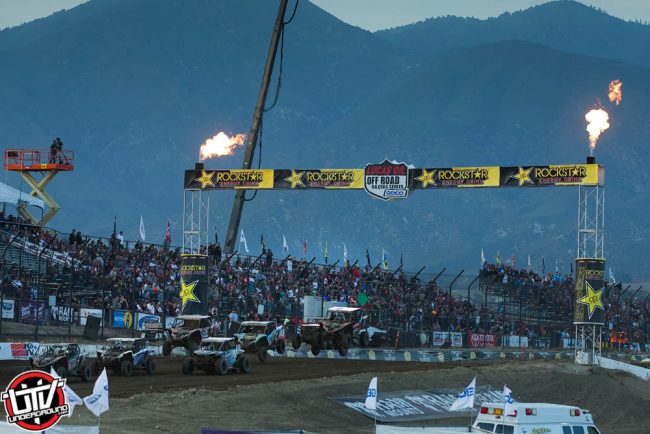 Round 12 qualifying went down Saturday morning and drivers gave it their all to start first in front of a packed Glen Helen crowd. Saturday nights are always standing room only for this race and Saturday night was not different.

This time Brandon Arthur would qualify first running a 51.909 (which turned out to be the fastest lap all weekend) but this time the top 10 weren’t so close. Brock Heger was next fastest running a 52.187 but only the top five were within a second of Arthur.

With the inversion being six Arthur would have to start in the third row putting Ronnie Anderson and Paul O’Brien up front in front of a sold out crowd in Glen Helen. When the Polaris and Yamaha engines roared with the waving of the green flag it would be Anderson who would sneak on the inside and grab the holeshot off the start. 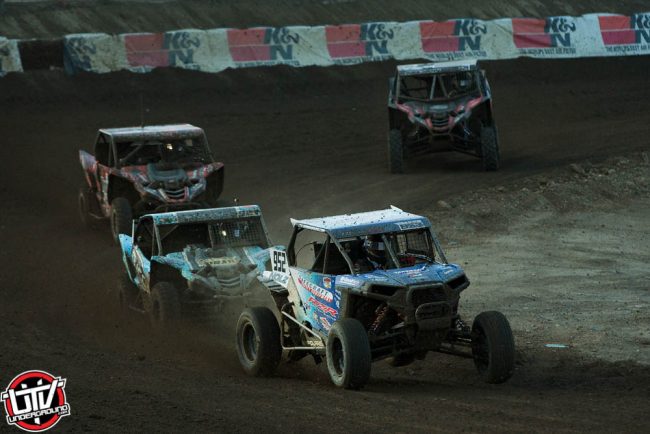 The lead wouldn’t last long however because by the time the group started their second lap O’Brien would get by and take the lead. From there the race was all his as he lead from there on to take home the win and his first win of the season.

Behind him some great battles went on with Heger getting close at times but with multiple restarts never got the chance to put it on. Weller had another great race getting close himself to getting that first win but needed an extra year. Ronnie Anderson, who put down the fastest lap of the race pressured O’Brien throughout the race but would have to settle for second place win. 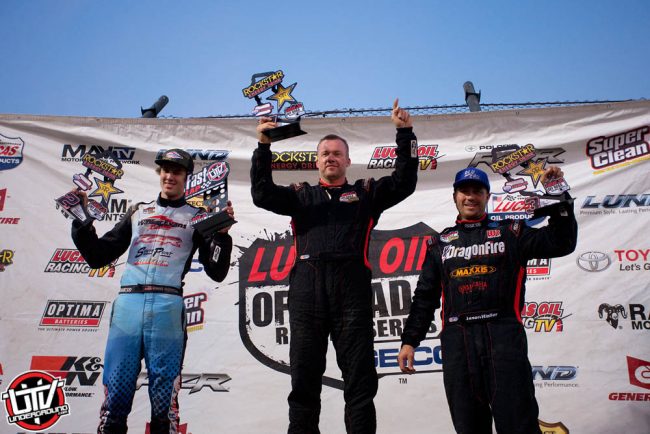 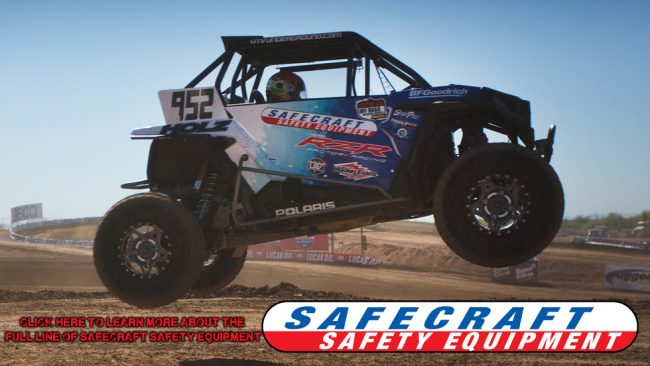