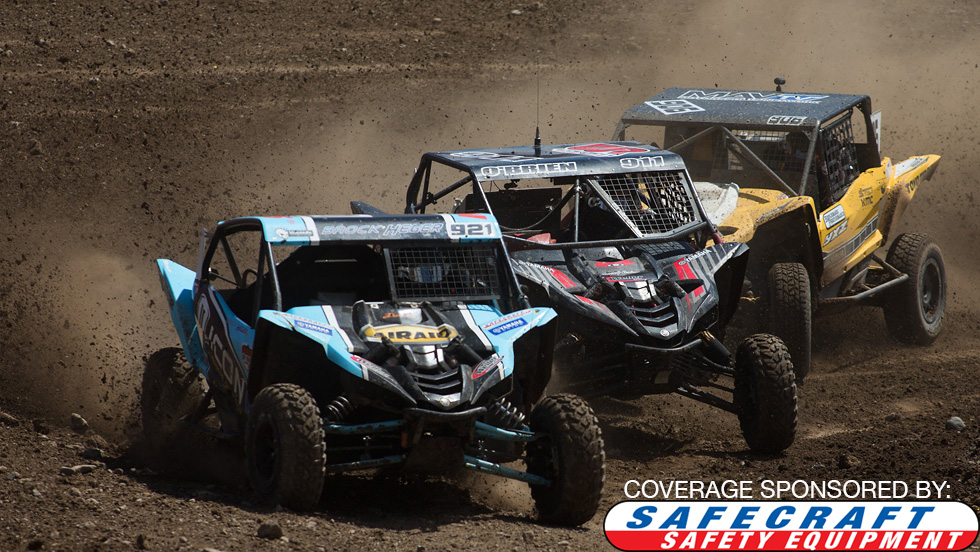 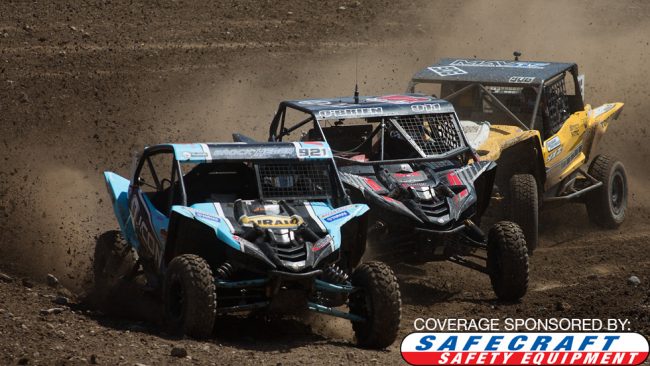 2017 Lucas Oil Off-Road Racing – RDs 9 & 10 – Sparks, NV
Through the first 10 Rounds of the 2017 Lucas Oil Offroad Racing Series one driver has emerged as the points leader and that would be Brock Heger.  The first half of the season Heger was neck and neck with Brandon Arthur who won the first three races, but as the halfway point came Heger found an extra gear.
Starting in Utah in Round 5, Heger would go on to win the next three out of four races stealing the points lead from Arthur and going into Reno with a 27 point lead.   As we get closer to the end of the season now is the time to make your move if you want to stand on the podium with the championship wreath around your neck in October. 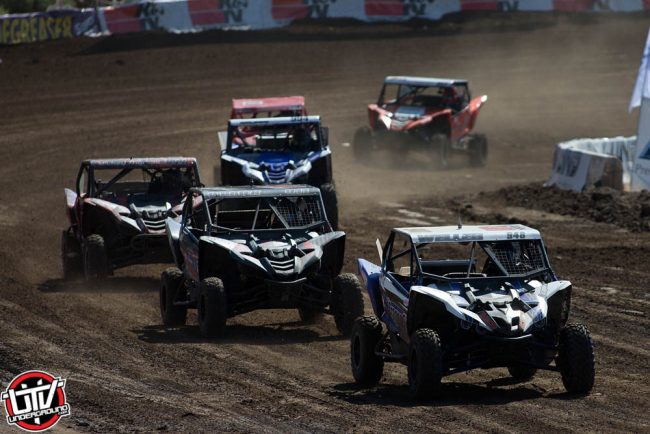 It should be noted that even though Arthur and Heger have been dominating the races as far as wins go (Myles Cheek is the only other driver to record a win this season) lap times show that the majority of the cars are fairly even.
For both days qualifying the top ten were only separated by a little over a second, but its one thing to qualify good and its another to run those same lap times during the stress of the race.  Both Heger and Arthur have shown they can keep the same pace during the race, and they both have plenty of UTVUnderground Fast Lap trophies to prove it. 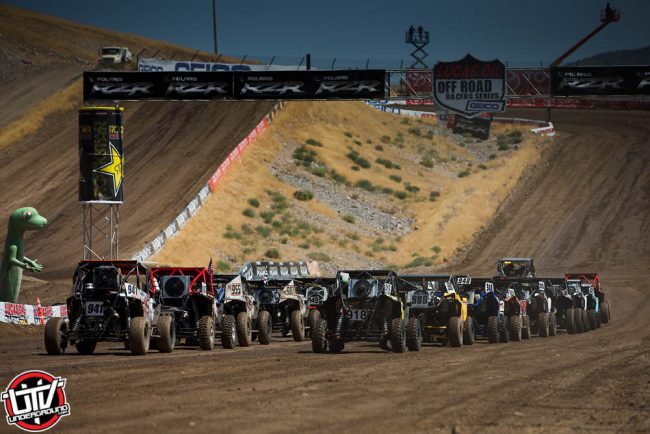 For Round 9 your top qualifier was Brock Heger running a 59:538 and taking a valuable point for running the fast lap during qualifying.  With an inversion Heger would start on the second row but took little time moving up to the top spot.
Like he’s done in the past Heger has shown that once he gets a lead its nearly impossible to get by him.   He runs his lines clean and consistent and for Saturday his lap times where never more then half a second apart. 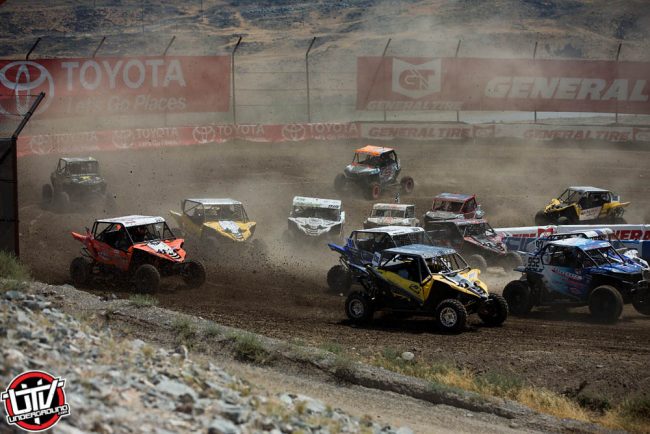 Paul O’Brien who has always been a fast qualifier and been able to run in the lead pack during the race finally got his second podium of the year finishing one spot behind Heger.  Rounding out the podium was Ray Bulloch who is new to the series but isn’t new to UTV racing and came in and made an immediate impact.
Round 9 Top 5
1. Brock Heger – Yamaha
2. Paul O’Brien – Yamaha
3. Ray Bulloch – Yamaha
4. Jason Weller (UTVUnderground Fast Lap Winner) – Yamaha
5. Dustin Nelson – Yamaha 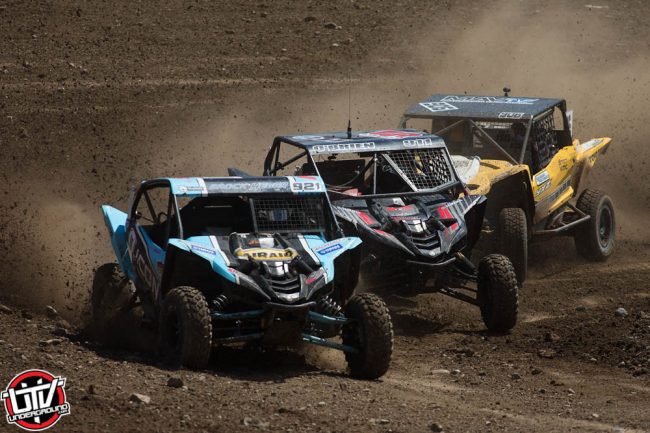 With the win on Saturday and Arthur finishing a disappointing 11th, Heger looked to repeat to extend his points lead and that’s exactly what he did.  Arthur took one point by qualifying first but the damage was already done.
With his 11th place finish Arthur lost 22 points on Heger going into Round 10 and with only four more rounds to go its puts him at the biggest points gap of the season.  For him to gain that back he would need Heger to do what he did the day before. 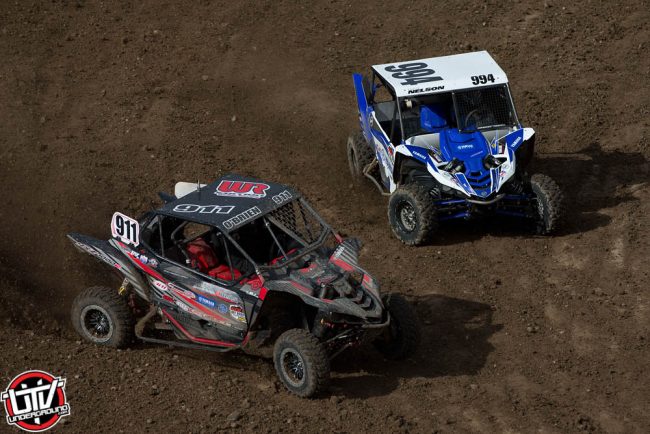 With an inversion of four pulled after qualifying it would put Arthur on the second row right behind who else but Heger who qualified third.  It only took Heger a few laps to get around O’Brien to take the lead, and just like the day before he never looked back.
Brandon Arthur would take the UTVUnderground Fast Lap award for the race and finish a solid third place, but he didn’t get the break he needed and lost four more points to Heger. 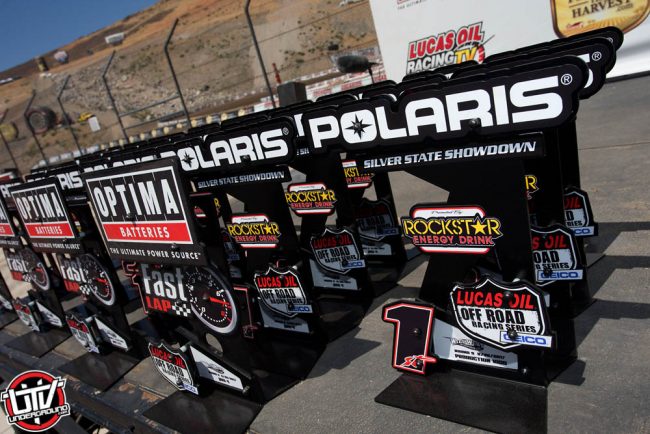 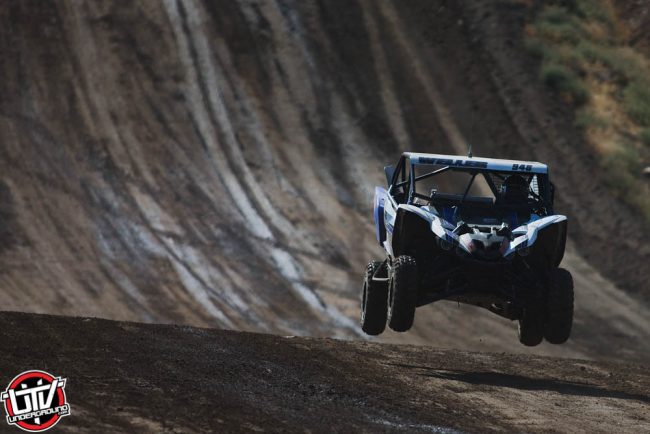 Heger has a choice for the last three rounds, does he play it safe and make sure he gets a top five finish to guarantee a points championship?  Or does he go all out trying to win races and extend his points lead anymore?  Only Brock knows and its going to be a exciting rest of the season to see how it all unfolds.