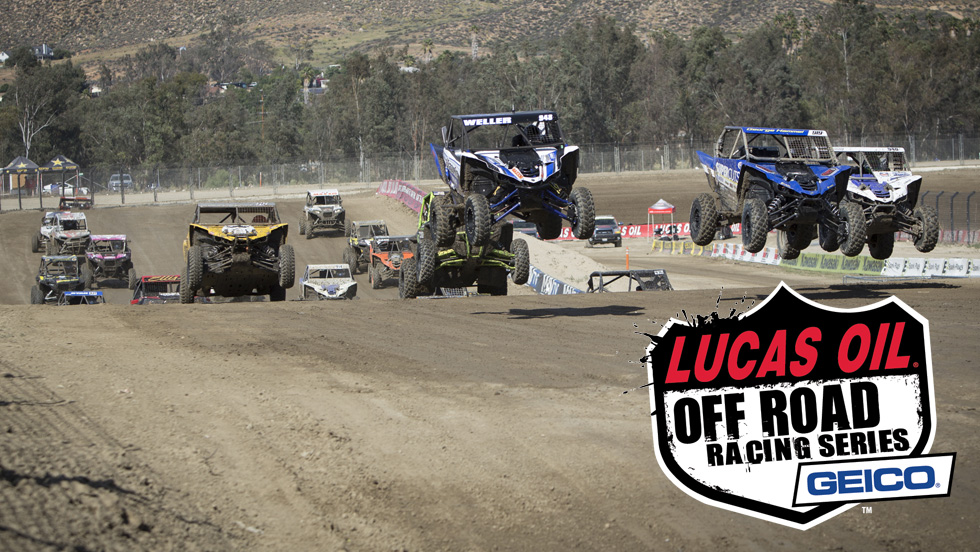 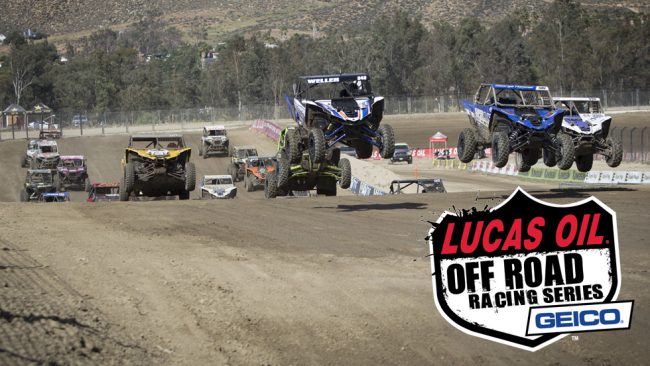 The 2017 Lucas Oil Off-Road Racing Series (LOORRS) is about to kick off this weekend at Wild Horse Pass Motorsports Park in Chandler, AZ. LOORRS is the premier short-course racing series and features the biggest names in all of off-road racing. UTVUnderground.com has attended majority of all events since its inception in 2009 and we cut our teeth as media professionals running around the short course tracks of the Lucas Oil series.

In the early years UTVs were a huge part of this series but in 2012 LOORRS pulled the plug due to dwindling car counts and increased cost to compete with the current platforms. The UTV class was sent down to the minor leagues at the Lucas Oil Regional series’ in Utah, Arizona and Southern California. It didn’t take long with the emergence of the Polaris RZR XP900 for the UTV class to regain momentum and begin to grow. 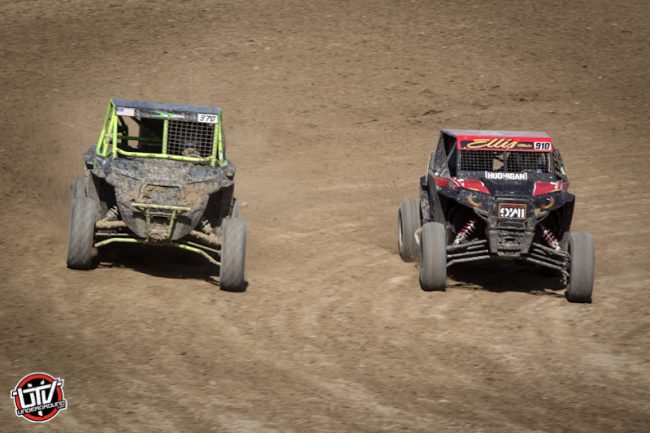 Fast forward to 2017 and UTV racing is not only growing, its the biggest race class in all of off-road. Because of this LOORRS has brought the UTV class back to the national series. The Production 1000 class will surely become the largest class in its first year back at LOORRS and we say that with confidence knowing that there are already over 80 race numbers reserved. The question will soon become, how does LOORRS handle this many machines and how will affect the race format. For now, we will save those worries for down the line because right now we are flying high as we get set for an extremely exciting year of racing.

We spoke to many racers over the weekend at our UTV World Championship event. Many had questions about LOORRS and were showing strong interest in competing. The buzz is high and thats because some big names are coming out to throw down in front of the biggest spectator events that off-road has. With over 4 hours of television time set aside for the UTV class, many are looking to add LOORRS to their current race schedules, some are even abandoning their current series’ to come try their hand at true short course competition. 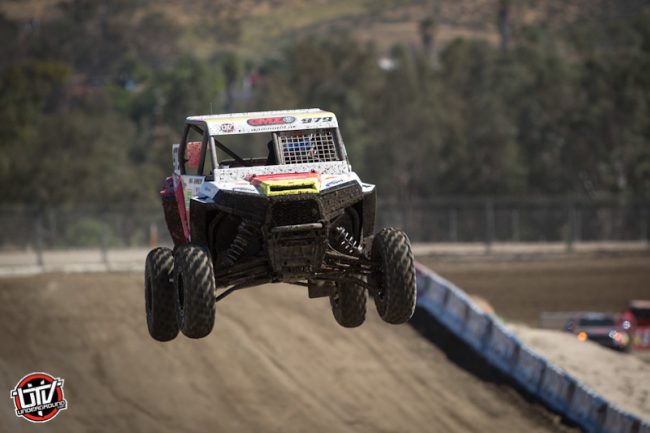 We are thrilled to see Cody Rahders and Mitch Guthrie Jr. return to competition at LOORRS as factory Polaris RZR racers. They will be joined on Team RZR by Ronnie Anderson who will also be running a Pro-Lite truck, and the UTV Wolfpack. Myles Cheek and many other extremely fast drivers will pilot RZRs as they look to stand their ground against a very talented and fast field of Yamaha YXZ racers.

Cory Weller and Dustin Nelson will lead the YXZ effort at LOORRS in 2017. They along with many others have been competing non-stop at the regional series’ obtaining valuable track time and have all but perfected set up and tuning at all major tracks on the LOORRS circuit. Brandon Arthur will enter into the UTV class in a new Yamaha YXZ in addition to competing in Pro-Lite. But he isn’t the only Arthur we expect to see this year, rumor has it that we will see the return of the original “Flying Banana” driver himself Mr. Todd Arthur. Todd Arthur is one of the early pioneers of UTV racing and made his name as driver of the famed “Flying Banana” Yamaha Rhino around the tracks of Southern California between 2004-2009. Hailie Deegan, daughter to infamous FMX superstar and off-road racing champion Brian Deegan, will try her hand at UTV racing this year as well with a Monster Energy backed YXZ effort. 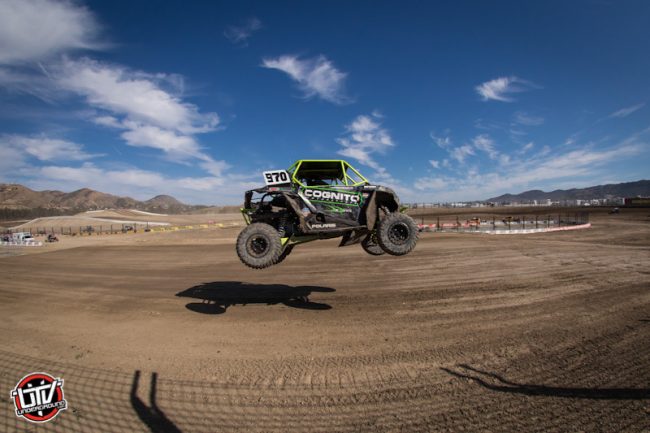 Clearly a Yamaha Vs. Polaris showdown is lined out. There is no word whether or not the new Robby Gordon designed Arctic Cat Wildcat XX will make its way to LOORRS this year to shake things up but for now a RZR / YXZ battle is primed and we can’t wait to see this war go down this season. UTVUnderground.com will be on hand all year long in large part to SAFECRAFT Safety Equipment who not only is backing out coverage but will also be putting in a season racing effort themselves. Pat O’Keefe, CEO and President of SAFECRAFT, and a few of his friends from SAFECRAFT will join the RJ37 Off-Road Program and race alongside Ronnie Anderson as teammates adding another 3 Polaris RZRs to the mix this year. There is some talks around one of the machines being used by some big name racers and celebrities which could bring some additional fun and excitement to an already booming class. 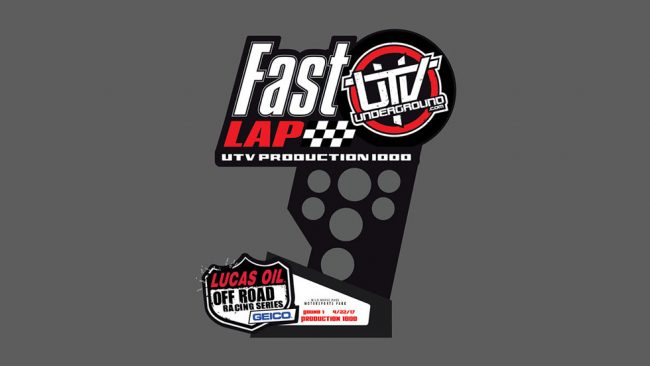 Something cool this year is UTV racers will battle for the UTVUnderground.com Fast Lap Award at every round! Read more about that fantastic award here: https://www.utvunderground.com/utvunderground-com-steps-into-the-lucas-oil-off-road-racing-series-spotlight-47370.html

Stay tuned to us here at UTVUnderground.com all season long for race coverage, stories, results and images and follow our social pages on Instagram & Facebook @utvunderground on race weekends for non-stop race highlights and updates!

It all kicks off this weekend and we hope to see you all in Arizona as we fire it up at Wild Horse Pass! 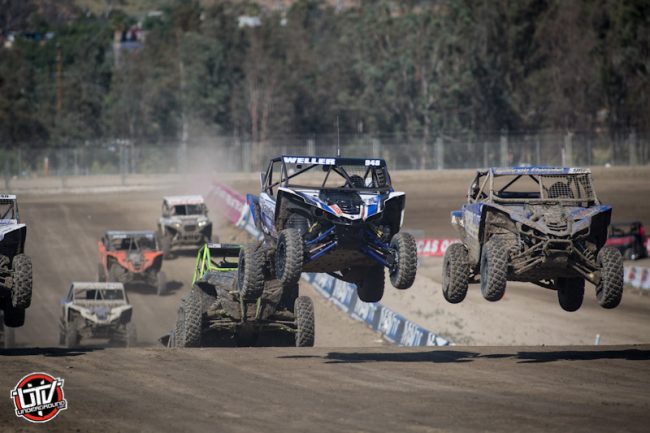