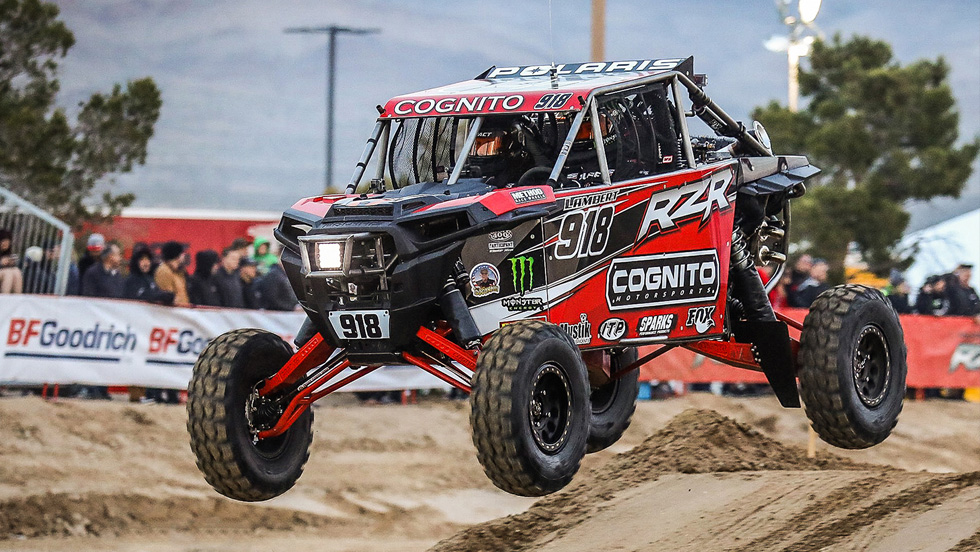 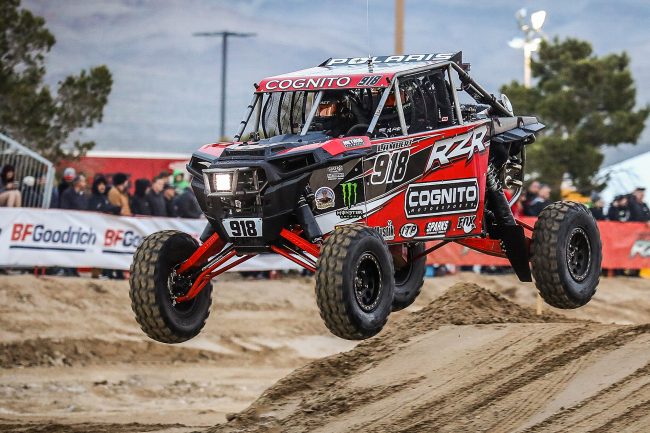 After some new car blues at the first race of the year, we did what we felt was extensive clutch testing and it seemed that we were prepared for the Mint 400. We had drawn 28th starting position in the turbo class, so obviously we had some work to do but this is a pretty long race so we needed to stick with our game plan of running a moderate pace and not tear up the car.

This is a loop race, 3 laps and each lap is about 120 miles. We left the starting line 2 at a time and through a few miles of tight and twisty turns we had already caught up to the cars that started in the row in front of and 30 seconds before us. There was a speed zone from about mile 3 to 7 since we are on Nevada Energy land in that section, and once the speeds became open again, the course became one lane for several miles. There was a line of cars bumper to bumper with us in the back of the pack and no one was moving over or tapping bumpers to try and pass. This is a rocky section also, so we just played follow the leader for 5 miles until the twisty turns went away and the speeds picked up. The speeds didn’t pick up enough tho. Piplic was in front of us, and he had 4 UTVs in front of him that were not making a move either. We gave Piplic a tap on his rear bumper to let him know to either let us by or to tap the car in front of him, something had to happen. We could tell he was frustrated with the bump we gave him but that is what is needed sometimes to wake someone up. He found a spot to make a pass and now we had to bump our way thru the next 4 cars that were not running the pace we were comfortable with.

We finally got around all those cars and were putting distance on them when at around race mile 35 we blew a belt. While Mitchell was out changing the belt, he noticed we had a rear cv boot pulled off of the cv joint housing and was slinging grease. We had a spare on board but decided to let it ride and try and make it to the next pit. We made it to race mile 70 and that joint finally broke, no grease no good! We spent about 15 minutes changing that axle on the side of the course at the beginning of the rock quarry section. Once we got going again I noticed the car was in limp mode. The axle had swung up and severed one of the gear selector sensor wires, so the computer did not know what gear the car was in and limited us to about 40 mph. We stopped in Pit B and they fixed the wire and got us a new spare axle. We went on our way and stopped in the main pit for fuel and another axle since we had another boot peel off.

Back out on our second lap, the course was twice as rough as the first lap, the chatter bumps were ridiculous. With the down time we experience, we found ourselves passing cars that we had already passed once or twice before. 50 miles into the second lap, we blew another belt. Once changed and back going again, we were passing those same cars again, I bet they were tired of seeing us ha! We came thru Pit B again and needed another axle, another boot problem. Then heading out on the 3rd lap we were again passing those same cars again. We had to back the pace down pretty far to keep from blowing another belt, but that did not fix our axle boot issue, we lost another boot and changed the fifth axle while in Pit B on the last lap. We made it back around to the finish and scored a 10th place in the turbo class. Talk about a learning experience, we are paying our dues right now on the learning curve of this new turbo car. The RZR XPTurbo has so much power, that when building out a heavy desert car it is going to take fine tuning some things to be able to handle the power. Next race, UTV World Championship, back to testing….

Special thanks to our whole team, and our sponsors!