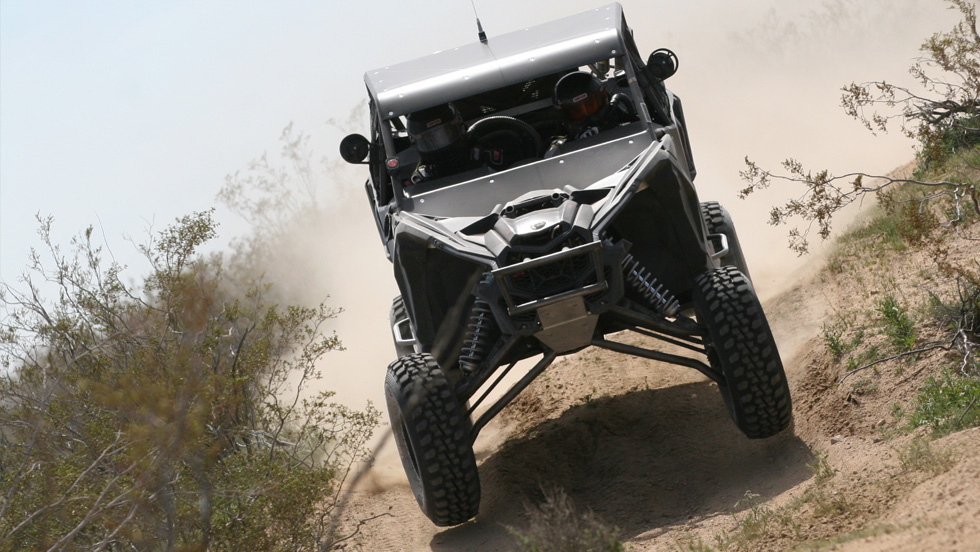 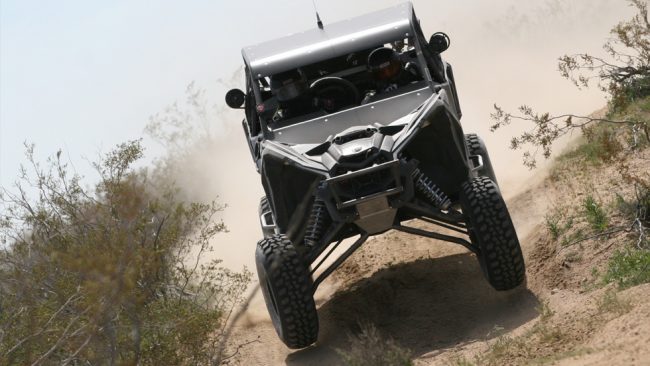 California City, CA – March 18, 2017 – To categorize this race as just another off-road race in the open California City desert would be a super understatement. AVE/BP Racing put on one of the most fun circuits ever, with all kinds of sand, whoops, rocks and fast trails that in the end, all those who finished thought it was just terrific. However, the very fast course caused a lot of the top drivers a DNF (did not finish) because when you run hard and fast and you hit something, usually, the results are pretty bad. Speeds ranged at some points on the course in excess of 90 mph for the Pro Turbos and Pro Production 1000 UTVs.

However, no matter how others were negotiating the 51.2-mile course, the team of Jesse and Dylan Gage (father and son – Steel City Glass, Fox, Raceline, Sikk Rides, Ariva Tires – Yamaha YXZ1000), just blasted through the desert as if there was no other competition. They had to make one unscheduled stop but it was short enough that they did not lose much time and still managed to leave everyone in the proverbial dust. At the end of the first lap they were first in the Production 1000 Class and third overall. But by then some of the top cars begun fading with mechanical gremlins, as the dynamic duo of Team Gage just kept churning away. 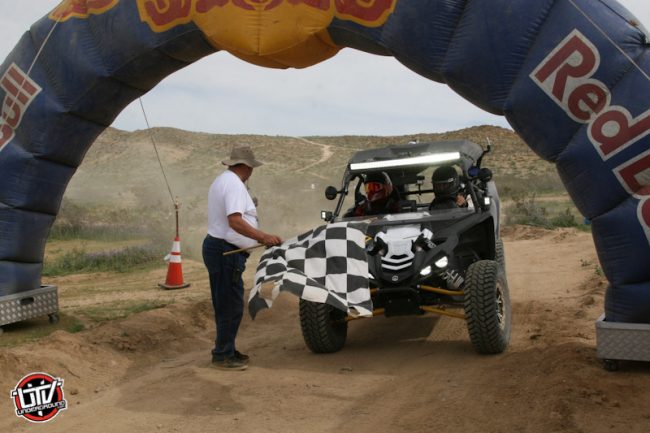 At the completion of the second lap, when #1036, Kevin Derenard, who had been in the lead, pulled out, and Bradley Howe (UTV Driver, Alpinestars, ITP, Baja Designs), who was charging hard until he collided with another racer, Jesse and Dylan Gage, cleared them both, and assumed the lead. By then they had a comfortable lead of about 10 to 12 minutes before second place could be seen. At that point all they had to do is keep it steady, and when the checkered flag came out, it was the Gage Team that crossed the finish with three laps under their belt and a time of 3:13:28 hr. twelve minutes ahead of second place. They definitely dominated the race, as they did the first PURE race last January. They currently stand atop the points for the series in the Production 1000 Class and Overall.

Second overall and first in the Pro Turbo Class was Jason Pruyn (Reno, NV) and Navigator Ben Wright (Sparks, NV), who crossed the line after three laps with a time of 3:25:26 hr. This was the team’s first AVE/BP Racing event and possibly their first UTV competition. Their Can-Am was humming as it crossed the desert, absorbing the rutted portions of the course, as if they were paved.

Rounding out the top three Overall and First in the Sportsman Production 1000 Class was the team of Joshua Wakeland (La Mesa, CA) and Navigator Nicholas Weaklem (Santee, CA), completing all three laps in a time of 3:27:07 hrs.

Not only this Jesse and Dylan Gage won the Overall and their Pro Production 1000 Class but they also set the fastest two laps of the day, when they clicked their first lap in a time of 1:01:8 and their second lap in 1:01:52 hrs. Now that’s consistency.

Of course the GPS trackers still need to be checked and all laps counted with the visual checks, but it looks like there are two tough Hombres in this series and their last name is Gage. You got to beat them to get the top spot in the podium.

Winners of the Bone-Stock 1000 Class was Mike Callas and Navigator Roger Thomason (Santa Clarita, CA) aboard their Yamaha YXZ 1000. However, they were only able to complete two laps in 3:20:53, as the so-called GP-finish was used. 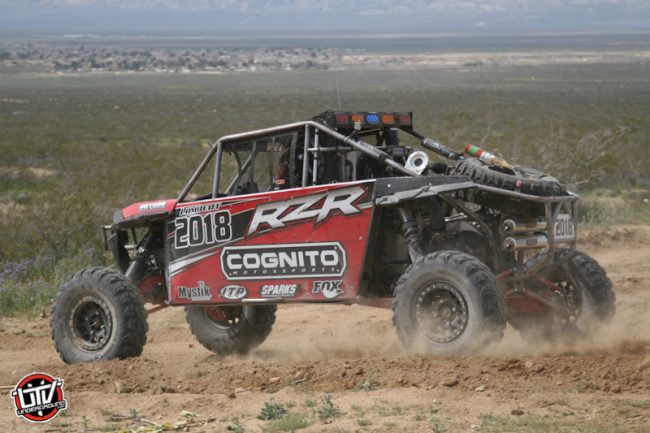 A note about the GP Finish. Originally this was instituted by Baja Promotions back in 1986 in San Felipe for the initial “250,” as a way to account for everyone in Baja without having to wait until all hours of the day and night. It worked. However, some of the current racers have asked to go to a regular finish when everyone completes the prescribed laps in the race and within a certain “time-limit.” Lou Peralta, organizer is reviewing the system and will use it at the next event, which is the PURE “200” – “SWEET MAYHEM” – April 29, 2017, using a completely new course within the County boundaries. Registration opens March 29, 2017 at Mid-night.