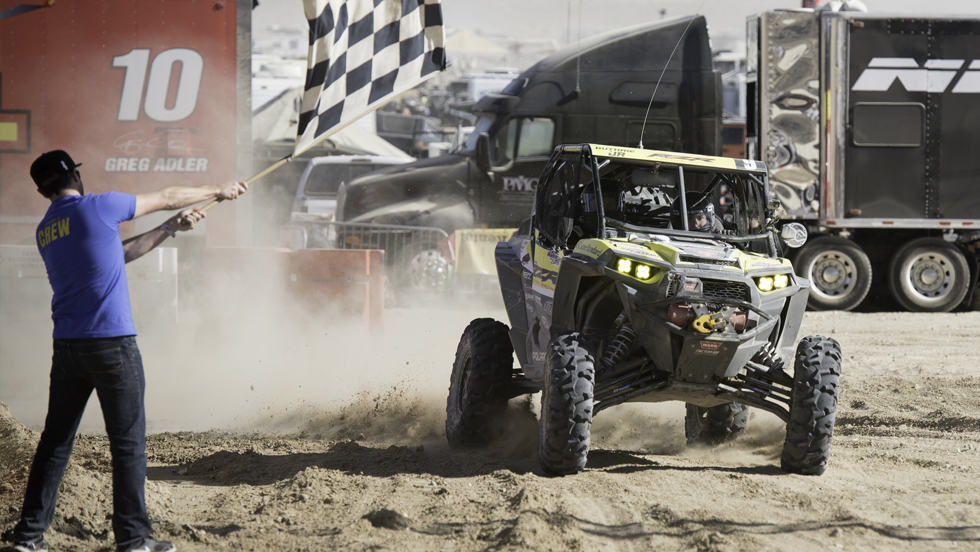 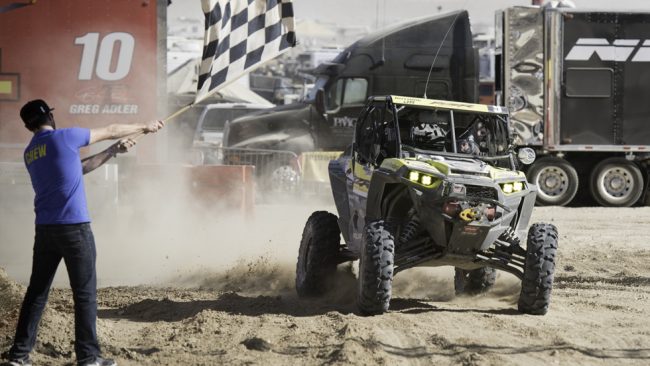 The 2018 Ultra 4 Racing King Of The Hammers has come and gone. Over 118 UTVs representing 28 states would line up to take on this years Can-Am UTV KOH Presented by HCR Racing race but only 12 would finish. A testament to the harshness of the course and proof that those who find a way to finish, or better yet win, are certainly some of the best racers on the planet. 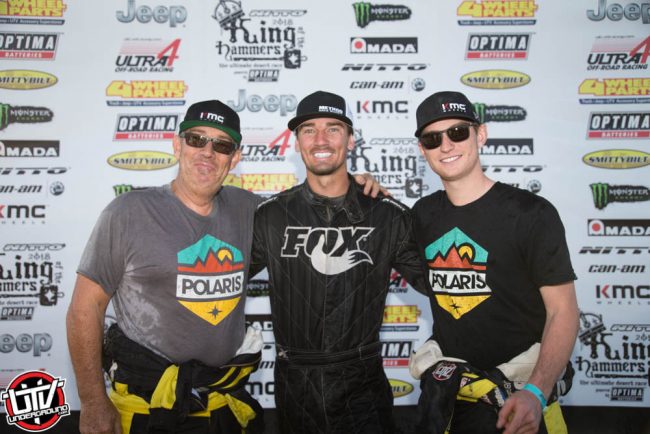 The top story line from the event certainly surrounds the crowning of a new King in Mitch Guthrie Jr.. His father, 6-time King Of The Hammers winner would finish in 3rd becoming the second father & son podium finish in a row following up Shannon & Wayland Campbells 1 & 2 finish in 2017.

Branden Sims would capture his third 2nd place finish and while we have all had a laugh crowning him Queen Of The Hammers, let it be known, Sims is one hell of a rock racer. Sims time will come but his finish should not overshadow the fact that he has played brides maid now three times which is a feat in itself and one that has garnered him a tremendous amount of respect within the class and around the industry.

Polaris, Can-Am, and Yamaha all stacked the deck this year. Clearly Polaris still dominates the field in terms of car count but the Can-Am Maverick X3 is not far behind with more Can-Am’s competing in 2018 than ever before. Yamaha also came out swinging with a healthy field of racers competing in their YXZ 1000 R platform.

Yamaha also came out swinging bringing back factory pilots Jason Weller & Dustin Nelson and for the first time brining short course racing champions Johnny & CJ Greaves to come play in the rocks. Both Johnny and CJ would take top qualifying honors and CJ would lead much of the race. Team Yamaha put up an honorable fight once again proving yet again that their beltless platform is a worthy rock racer. 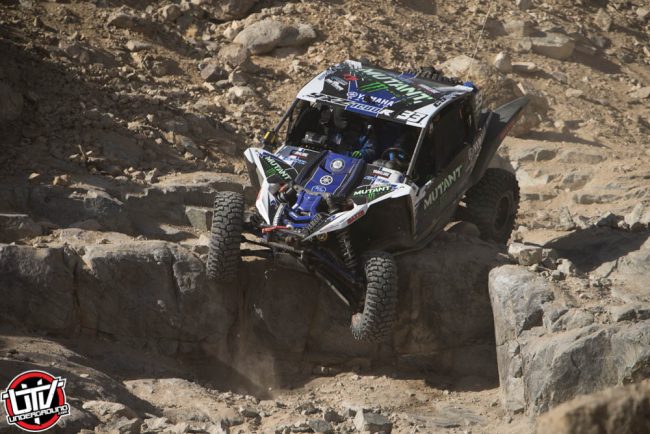 Polaris once again fielded the deepest factory racer lineup with 6-time KOH race winner Mitch Guthrie leading the charge. Both Shannon Campbell & Blake Van De Loo who have also won the UTV KOH race once were also lined back up but behind the three kings competing was a field of hungry and worth Polaris racers all primed for their first crowning. Mitch Guthrie Jr. who had won multiple races as navigator for his legendary father was set to take on his second KOH as driver of his own machine. After qualifying 5th he knew he was right where he wanted to be to challenge for a win in 2018. He not only challenged for the win, he dominated the race by taking home the 2018 crown by a massive 40 + minute time gap. 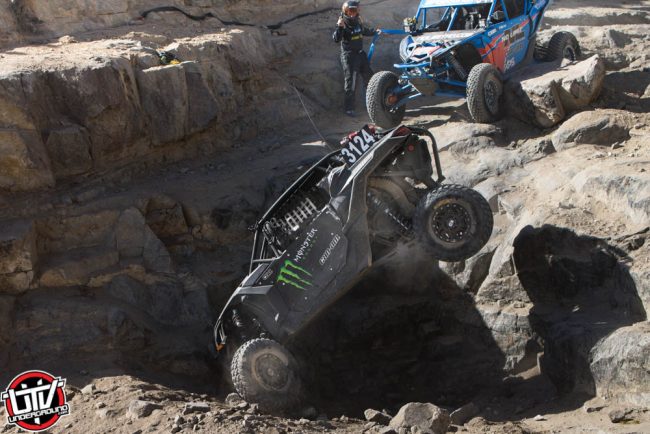 Branden Sims, another of Team RZRs premier athletes and a former BITD & UTV World Champion would complete his third 2nd place finish this year playing second fiddle once again. However, Sims put down a valiant effort that will not be overlooked as he heads back to Hammers in 2019. Other factory Polaris drivers & notables were Wayland & Bailey Campbell, Sara Price, Jesse Johnson, Loren Healey, John Duckworth, Jami Pellegrino, The Gomez Brothers, Erik Miller and many, many more. To say the least, Team RZR was stacked with talent and once again gave the OEM a clean podium sweep leaving the other OEMs to go back to the drawing board and sharpen those pencils as to how they can knock off the giant in 2019. 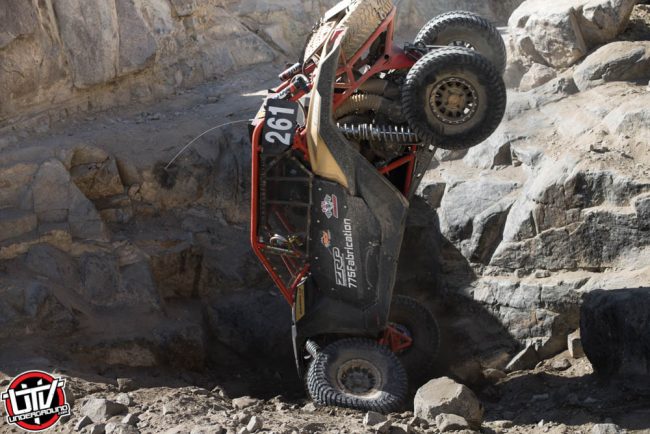 While we all tend to overshadow the importance of the factory battle, and even the factory’s themselves seem to suppress their public comments of how much they want to defeat one another, its obvious by the money spent and the representatives in attendance that they are all dead set on beating one another. Dollars are being poured into factory support by all three of the major OEMs and while Textron has a minimal showing, their attendance and timing of their new Wildcat XX launch signifies that they too will be back to play in a more legit fashion in the future. For now Polaris remains supreme while Can-Am & Yamaha clearly are building efforts to dethrone them. But they will have to wait yet another year.

We want to extend a huge congrats to all of the competitors. Simply lining up to take on an event like King Of The Hammers deserves credit and props and so for that our hats are off to all of you. To those 12 who finished in the allowed time, WELL DONE! You all should be celebrated and deserve to be commended for your amazing efforts. And to the top 3, Guthrie Jr., Sims, and Guthrie Sr., what can we say other than you all are the best of the best once again and deserve to stand tall on top of that KOH podium. 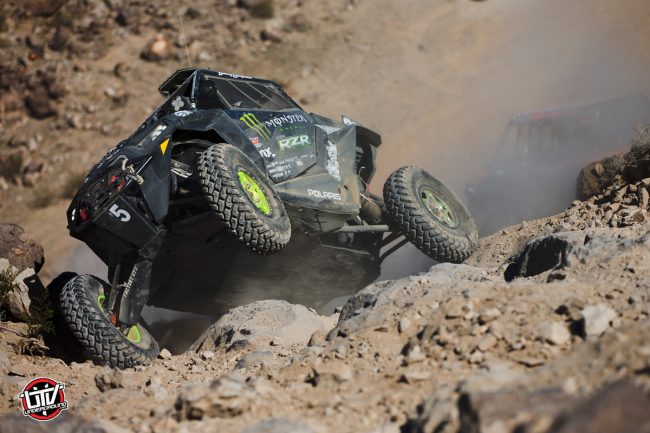 On behalf of UTVUnderground.com we want to extend a huge thank you to Ultra 4 Racing for putting on yet again another industry best event. The work put into this event does not go unnoticed by those of us who attend events all over the world. The staff is a pleasure to work with, especially Emily Miller and her media staff who make our jobs of chasing the race and covering the event so much easier. We also want to thank all of the teams, racers and fans running around Johnson Valley representing UTVUnderground.com. It never gets old spotting our logos, t-shirts, hats and decals being represented and for that we can’t tell you how much you are appreciated!

Lastly, to our amazing photographers, Jason, Ernesto, Harlan and Daniel, & Mad Media crew, thank you for all of your hard work! 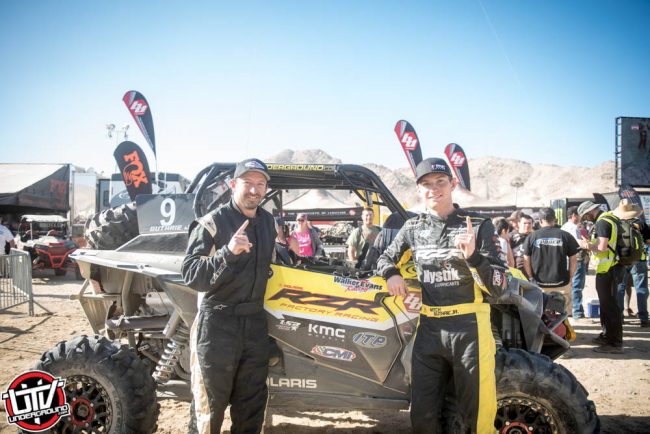