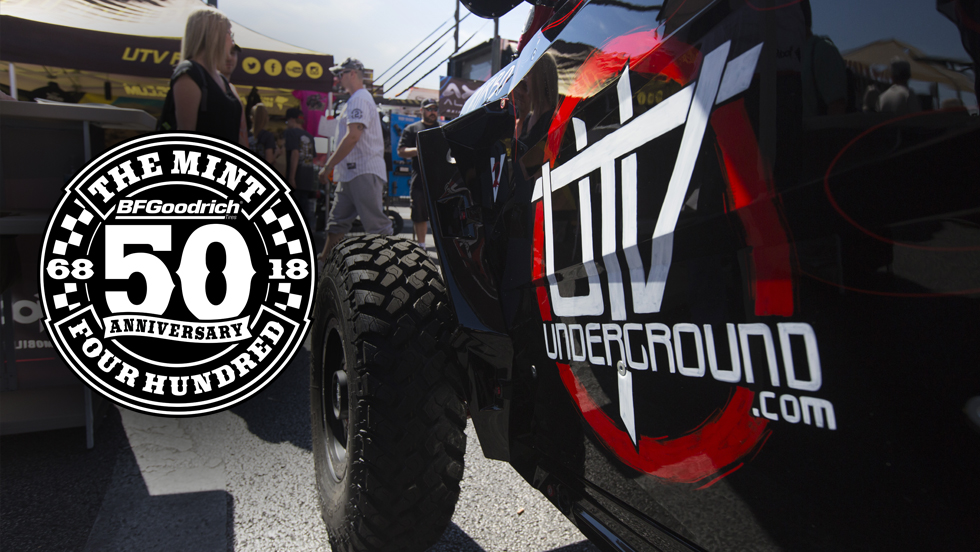 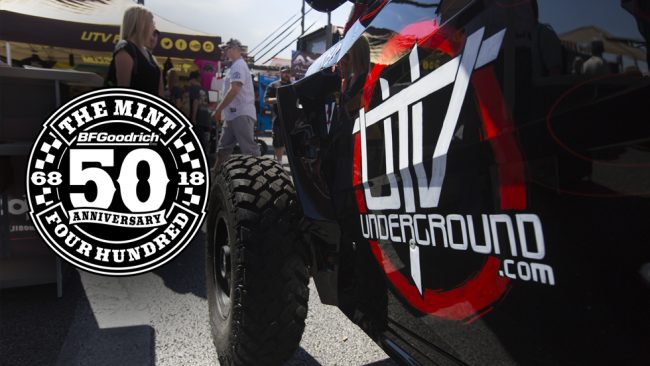 UTVUnderground at The 50th Mint 400 – Contingency

Las Vegas (3/9/2018) – The Mint 400 is more than just an off-road race. It’s a weeklong event. In that vein, for the 50th anniversary running of the event organizers kicked off a new two-day format for Tech and Contingency Day on Fremont Street. With nearly 70 cars in the top UTV class, the event includes tech inspection, as well as many fun activities for fans and racers. The event continues Friday on Fremont Street.

This year’s Contingency was split over two days with UTVs going through tech both Thursday and Friday. The vendors appreciated the new format that allowed for a more leisurely pace of UTVs going through inspection. There was huge turnout of fans of UTV teams, owing the shift of the event from primarily off road trucks to UTVs.

Rick Strobel with Fox Shocks has seen a lot in his time in the off-road industry. He said the sport of UTV racing is growing faster than ever. 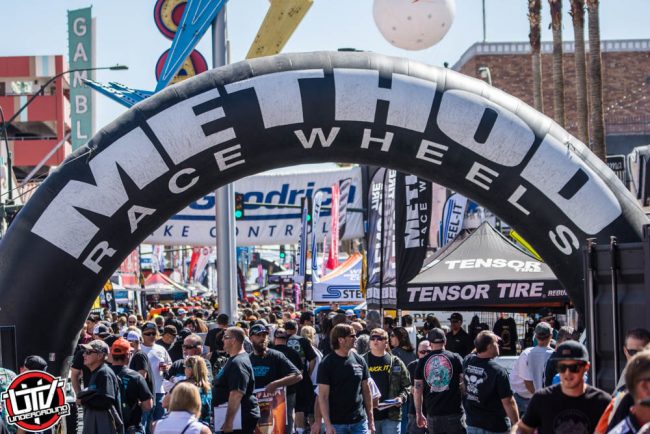 “The UTV count is just unbelievable this year,” said Strobel. “Everywhere you walk there are UTVs and people talking about UTVs. This used to be a truck event. It’s changed to be a UTV event. The two-day format is good. It’s a little more mellow and it’s still rocking every night.” 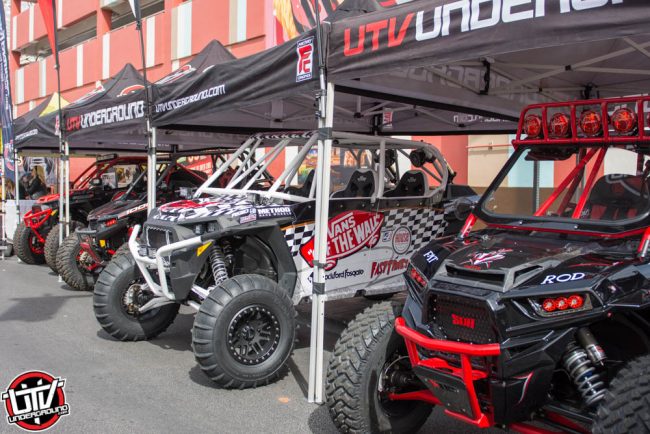 Title sponsor Polaris hosted the event and unveiled its new RZR XP Turbo S. The new 72-inch machine was on display, along with the new RS1 and Polaris’ two new Rangers. Jacob Mandoza, marketing specialist for the RZR brand, said supporting the race is a no-brainer for Polaris.

“We want to show our products, show our brand and support this event because it supports the off road community overall,” said Mandoza. “It’s been a huge year for Polaris. People are really buzzing about the new products. We’re showing how we can innovate in the industry and push the boundaries of what’s possible across our platforms.” 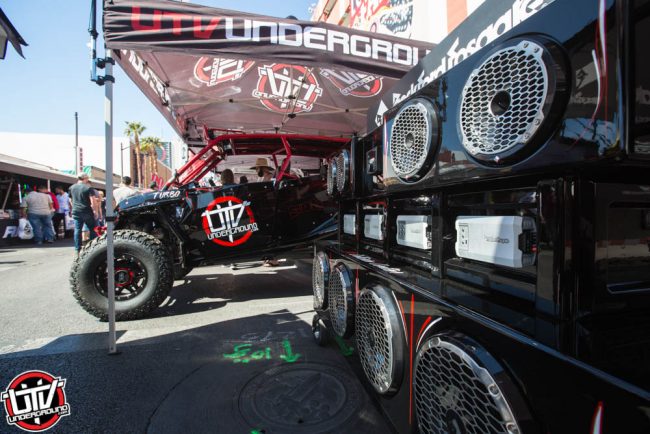 UTVUnderground outdid itself again with another over-the-top booth with all the top performance Polaris models on display including a built new RS1. Also, Rockford Fosgate just partnered with UTVUnderground and outfitted the Fat Rod V2 with an audio system, and Rockford Fosagate is giving away a Stage 3 stereo system. 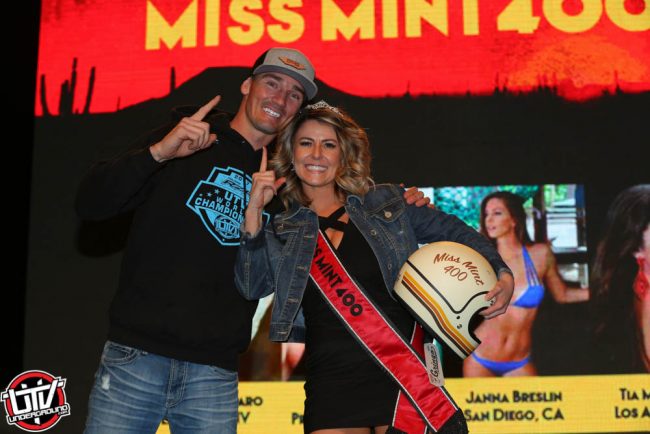 Mitch Guthrie, Jr., who won last year’s Mint 400, can’t believe how much the event grows every year. He appreciated the new two-day format for Contingency Day and he’s looking to back up his big win last season.

“This event keeps getting bigger and bigger every year,” said Guthrie, Jr. “Winning the Mint 400 last year was one of the biggest wins of my life. So being back here trying to back it up is really cool and we’re ready. The two-day contingency really makes things easier on everyone. It used to be a long day. Having two days allows a lot more people to come out here and check it out.” 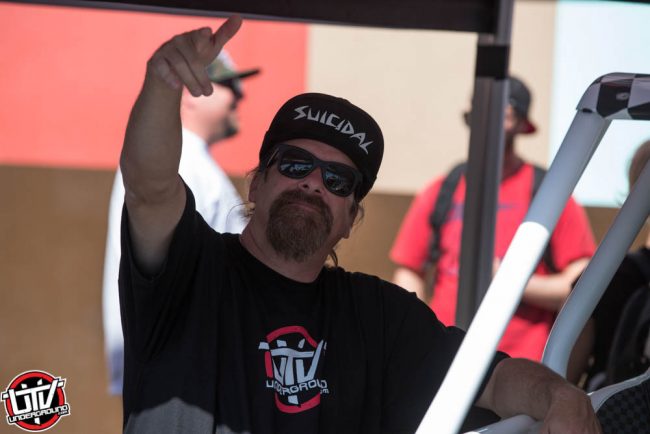 Looking to unseat Guthrie, Jr. this year is Brandon Schueler. Schueler has been on a roll in Best in the Desert competition, winning the season-opener Parker 250 after he won the season finale last year. He’s definitely an odds-on favorite.

“This is like a dream come true,” said Schueler. “We’re going to try to keep this streak going strong. This whole Fremont Street experience is absolutely incredible. We have the same car and it’s ready to go. We tested, have the bugs worked out from Parker, and we’re ready to charge hard.” 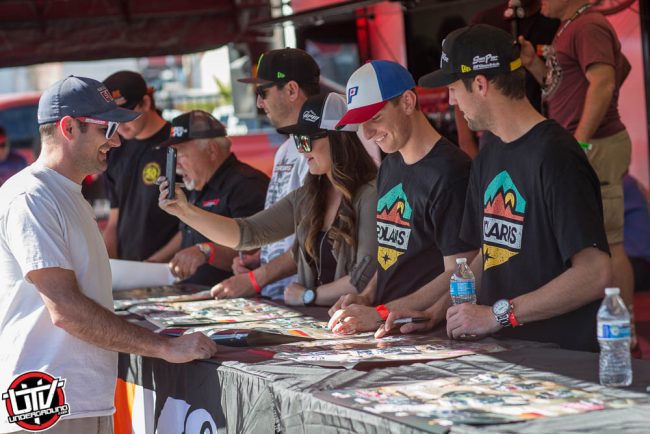 Jimmy Keys won the Production title last year and has stepped up to run an XP Turbo this year in the Turbo class. He believes that 2018 is Polaris’ year.

“We have 69 cars in our class this year and we’re starting 46th so we have some work to do,” said Keys. “We’ll just try to muscle our way to the front. I can’t believe how awesome this is. 2018 has been an awesome year for Polaris with the new 2018 Ranger, the Turbo S, The RS1 and the Ranger 150. Polaris has done an excellent job addressing all of the needs we have in the UTV sport. It’s a great company.” 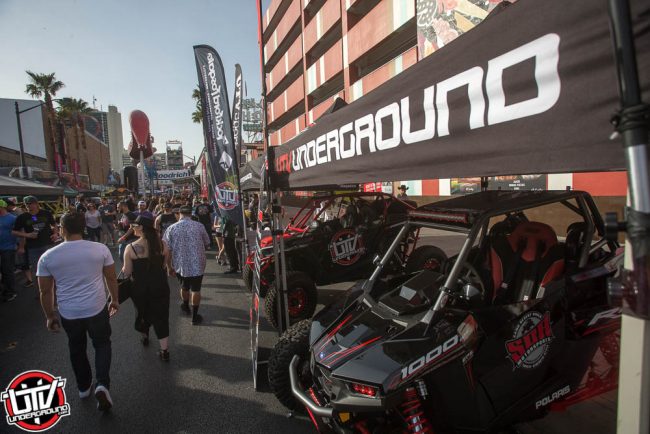 Diesel Dave from Discovery Channel’s Diesel Brothers will team up with Heavy D to race in his second Mint 400. Last year’s race was a tough one, so he hopes to make it more than 11 miles this year.

“We did the ‘Mint 11’ last year and it wasn’t quite what we were going for,” laughed Dave. “We’re back with Pat O’Keefe in the Safecraft Truck. Heavy D and I are going to try to accomplish the whole 400 this year.” 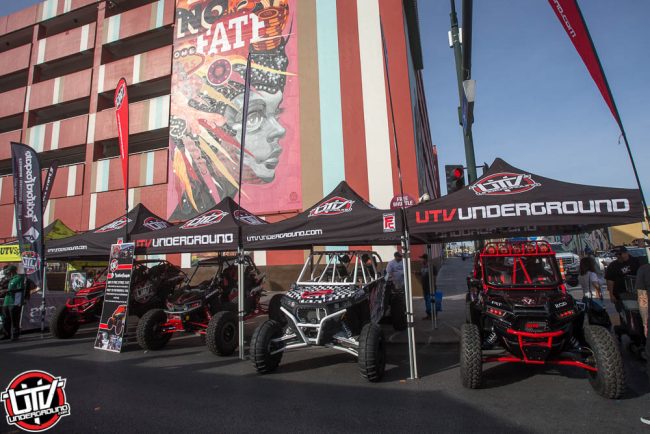 Dave was also amazed at the Contingency Day. He said the festival atmosphere is perfect for the off-road lifestyle.

“I’ve come to a lot of events, but I’ve never had as much fun as I had tonight,” said Dave. “This party is off the hook. You have Heavy D on stage giving away a RZR, and you have a huge crowd that’s just amped on Polaris. It’s just awesome.” 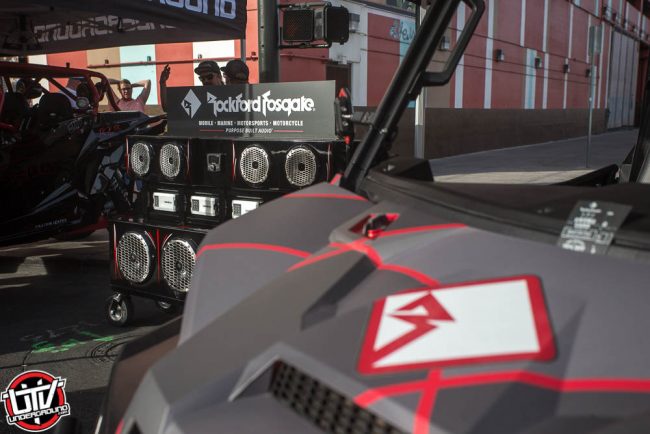 You can also watch the race LIVE via the @TheMint400 LIVESTREAM all day long for both races!