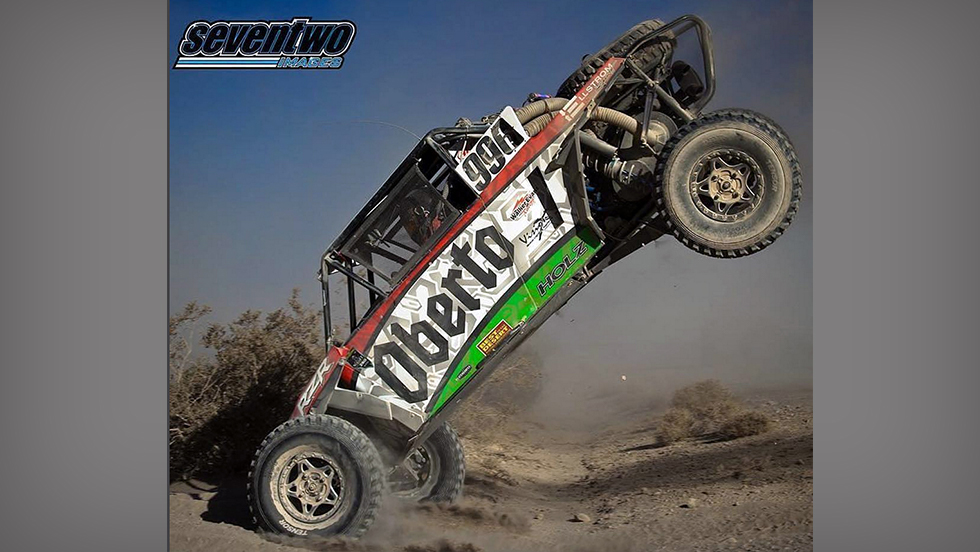 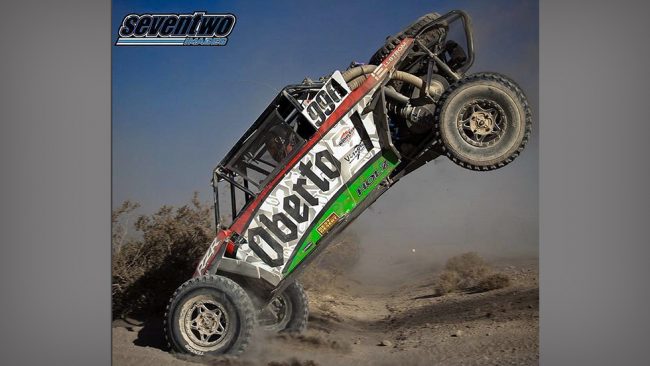 2018 Season Ends With A Bump In Pahrump

SEATTLE, November 4, 2017 – They say any good learning curve has to include some speed bumps and setbacks. Ellstrom/Oberto off-road racer Sven Ellstrom checked that box at the Pahrump Nugget “250” presented by Polaris on Saturday.

At the 41 mile mark, the desert course crosses the Lathrop Wells Gate Road, which is slightly elevated from the desert floor. The ramp up to the asphalt creates what amounts to a jump which is treated with varying degrees of respect and bravado by drivers in classes with different sized vehicles and power plants. Ellstrom learned that the UTV Turbo class has to treat the crossing with a little more caution than the approach he used on Saturday.

Many of the trucks and UTVs crossing that point get some air time and land on the front wheels, which is what Ellstrom did. However the Oberto/Ellstrom rig rotated a little further, sending Ellstrom and his co-driver Chazz Arenidas end over end. And that was just the first rotation.

The impact with the right front sent the car back into the air for a series of rollovers which continued for several rotations before the vehicle landed on its wheels with no injuries to Ellstrom or co-driver Chazz Arenidas. 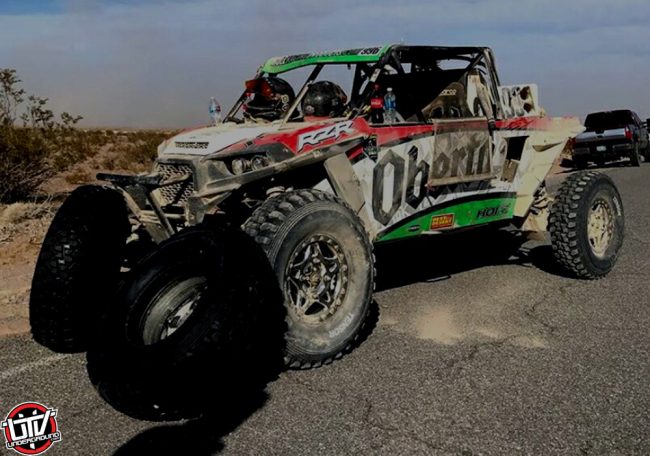 Team owner Erick Ellstrom said damage to the car was minimal, as most of the rotations did not involve contact with the ground and added, “Not the way we wanted to end our first season but I think it will be a valuable learning experience for Sven as we retool and get ready for a run at the series championship in 2018.”

The 19 year old driver who had an impressive rookie year with a series of victories and podium finishes in the very competitive Turbo UTV class said the takeaway will be, “Check up a little on those road crossings.”

Erick Elstrom said he looks forward to the 2018 season which will open with the GMZ UTV Winter Nationals Parker “250” January 6 in Parker, Arizona. “We certainly had more success than we could have expected in our first year and people we met along the way had a lot to do with it. We owe a lot to Mark Holz at Holz Racing, Walker Evans, Tensor Tires, VisionX USA and a lot of the great people we raced against.”

Ellstrom concluded, “We will be meeting with Oberto to finalize plans for 2018 and I’m happy to report they are very excited about being part of this incredible sport.”