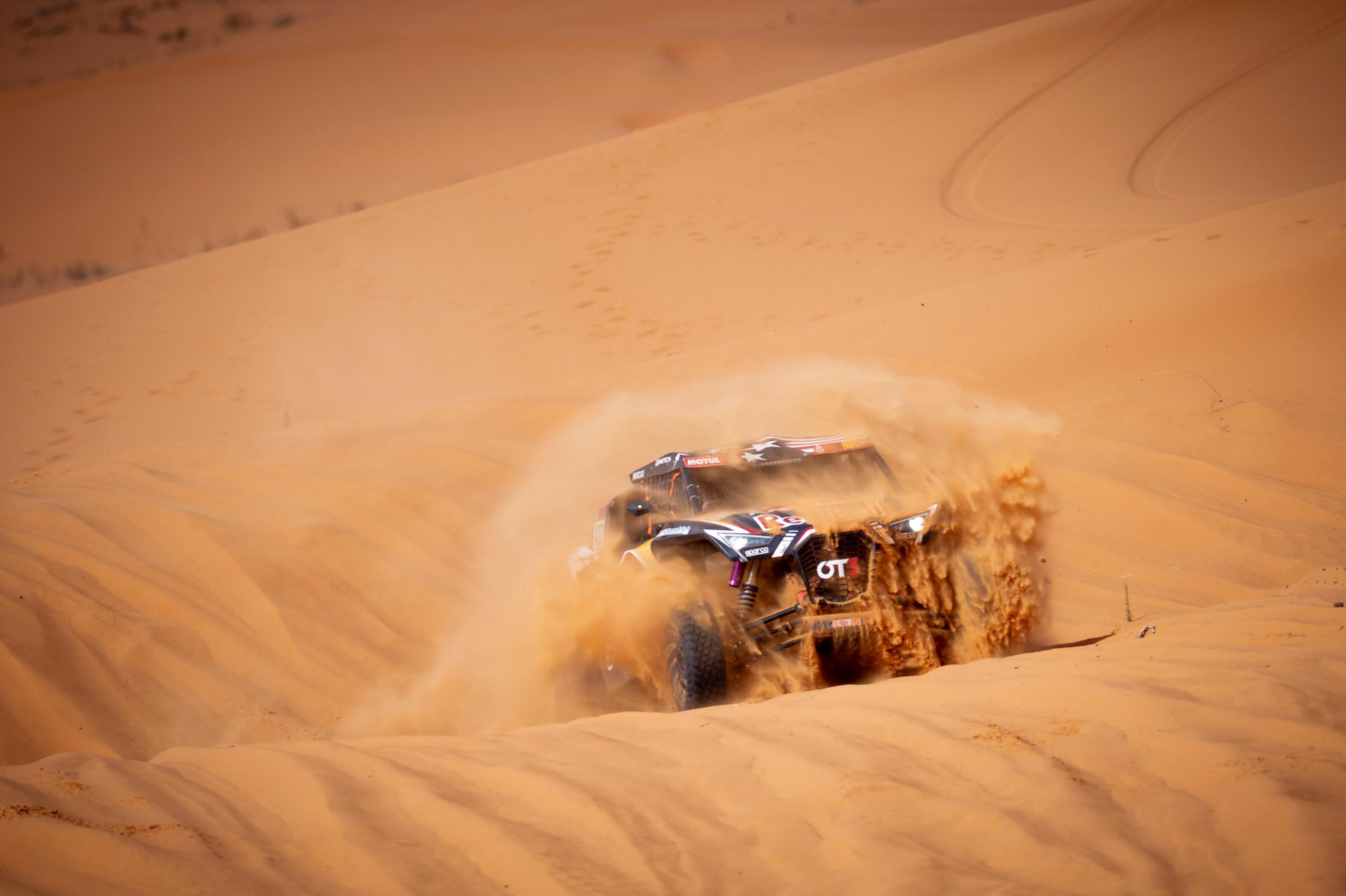 The Rest Day in Riyadh is already a distant memory at the 2020 Dakar Rally as racing resumed today with a mammoth 546-kilometre timed special stage. A high-speed Stage 7 brought the Dakar convoy across the dunes to Wadi Al-Dawasir.

Setting the pace in the car contest was race leader Carlos Sainz (ESP). The Spaniard now has three stage wins in Saudi Arabia and is one of only three drivers in Dakar history to have won stages on three different continents.
“We were flat out for a lot of time crossing the dunes. I caught up with Stéphane (Peterhansel) at one part but it was very dusty so I decided to stay behind.” – Carlos Sainz

“Today it was really fast, faster than the last stage before the Rest Day. It was 550 kilometres in around four hours.” – Stéphane Peterhansel
Giniel De Villiers (ZAF) and Kuba Przygonski (POL) registered the seventh and eighth fastest times respectively on Stage 7 of the car race.

“We were driving almost 90 percent of the stage with full gas, around 180kph. It was a race for the fastest car today.” – Kuba Przygonski
All three of the OT3 by Overdrive machines in the side-by-side race now have stage wins at the 2020 Dakar. Blade Hildebrand (USA) went quickest on Stage 7 by over 11 minutes and was joined in the Top 4 by Red Bull Off-Road Team USA’s coaching crew of Cyril Despres (FRA) and Mike Horn (SUI).
“I felt really comfortable right from the get go, just ticking off kilometres and passing people. We had the pace so we just had to steer clear of flats and run a clean stage.” – Blade Hildebrand

The third OT3, driven by Mitch Guthrie Jr. (USA), was forced to retire from the stage due to technical issues while all three OT3s were running a 1-2-3 at the front of the pack. Fulfilling their role as mentors of the Red Bull Off-Road Junior Program, Despres and Horn will hand over their engine to Guthrie Jr. and co-driver Ola Floene (NOR) to help them reach their goal of finishing the Dakar. The mentors will remain with the team to observe and advise on the stages to come.

“The race ends for us now as we’ll give our engine to Mitch (Guthrie Jr.). These are the rules in our team. He is the younger guy and we want him to carry on for as long as possible.” – Cyril Despres

Chaleco Lopez (CHI) lost his SxS overall lead on Stage 7 due to a stoppage in the dunes. The defending champion has slipped to second overall, 32 minutes behind new race leader Casey Currie (USA).

“It was a very fast day without any problems for us. This type of sand is easy for us to cross.”– Andrey Karginov

The Dakar’s second week has started as the first week finished in the quad contest, with Ignacio Casale (CHI) controlling things from the front. The Chilean now has a lead of over 35 minutes from his closest competitor as he goes for a third Dakar quad win.

However, all racing at the Dakar was overshadowed on Stage 7 by the tragic news that bike competitor Paulo Gonçalves (POR) passed away from a fall sustained 276 kilometres into the special stage. 40-year-old Gonçalves was taking part in his 13th Dakar bike race. He made his debut in 2006 and had finished four times in the Top 10, including an impressive performance as runner-up to Marc Coma (ESP) in 2015. Gonçalves, the 2013 cross-country rallies world champion, was sitting in 46th place overall after Stage 6 of the 2020 Dakar.

As a mark of respect to such a beloved figure in the Dakar bivouac, tomorrow’s motorbike and quad stage has been cancelled in order to give riders time to mourn their friend. The entire Dakar caravan extends its sincere condolences to his friends and family.

Tomorrow’s stage for cars, trucks and side-by-sides takes them on a 474-kilometre loop stage around the Wadi Al-Dawasir bivouac. The 2020 Dakar finishes on Friday, January 17 in Al-Qiddiya.

Story and photos courtesy of RedBullContentPool.com