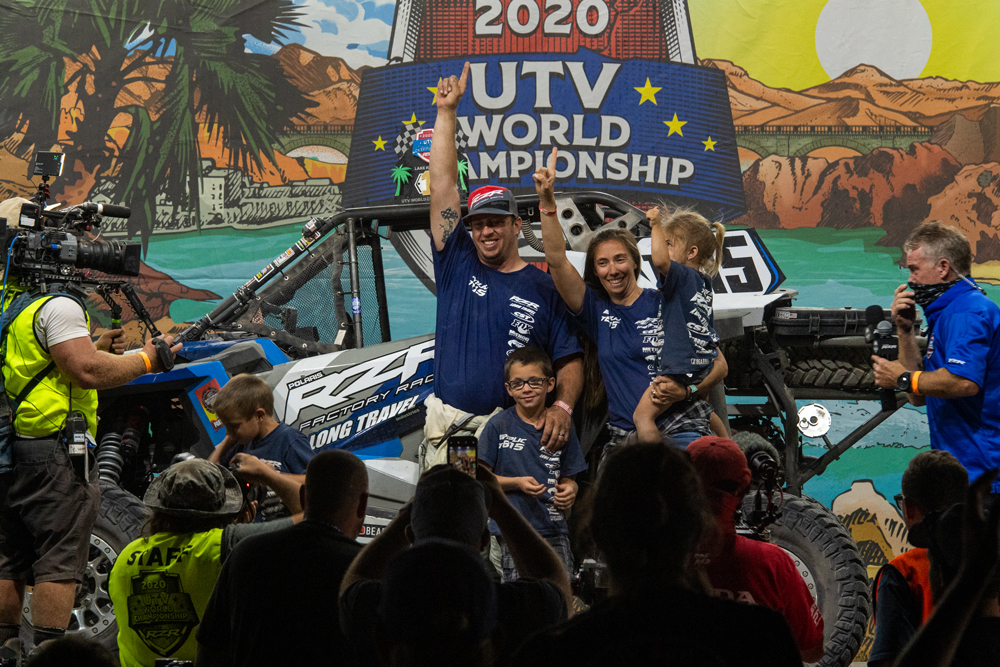 October 16th, 2020 – San Diego, CA – The dust has finally settled on what was deemed by everyone in attendance and watching from home, to be one of the most successful off-road races of the year! The UTV World Championship played host to 300 teams from 21 states and they battled for two days in ten different races. The best of the best rose to the top after tackling a brand new and very technically challenging race course. Racers enjoyed four fantastic days of prerunning, and a qualifying race for the top two classes which saw 75 cars compete for starting position.  Doug Fortin and Dodge Poelman each walked away with $5,000 thanks to Robby Gordon, SPEED UTV and SPEED SxS.

The sixth annual Rigid Industries Poker Run, navigated by onX Off-Road saw 280 participants tackle over 60 miles of beautiful Arizona desert and participants nabbed tens of thousands of dollars in cash and prizes. The AZ West UTV Festival attracted thousands of UTV enthusiasts from Arizona, Nevada, California and as far away as Texas. And the Mad Media produced Livestream clocked over 50,000 unique views of the broadcast organically – proving once again that professional off-road TV production is ready for the mainstream.

“Second – the community of Lake Havasu City really embraced the event and the remote drive-in spectating was the perfect answer to concerns about COVID. And finally our impact online was huge. We reached as many folks with our LIvestream as some of the big car and truck races and that speaks volumes about our team and technology we’re using. We’re very proud as an organization for what we produced and very grateful to our racers, sponsors, vendors, and volunteers.”

“This was a really important event for the sport of UTV racing and the off road industry as a whole,” stated UTV World Championship CEO, Matt Martelli. “All of the top professional racers showed up to race, the top sponsors showed up to support them, the town of Lake Havasu greeted us with open arms, and together we created an important cultural milestone. We just proved to the world that we can come together and recreate and compete under the toughest of conditions and look professional while we’re doing it. We’ve said it before – never underestimate the power of this community, We didn’t come here to take part, we came to take over! Thank you racers, sponsors, members of the public, our staff and volunteers!”

Mad Media (www.madmedia.com) is a San Diego based marketing and creative agency, with in-house film and television production. We craft authentic, culturally engaging brand messages, and deliver them across print, web, photography, and film platforms. Mad Media has been leading the online content revolution since 1995 producing major commercial, television, online content and viral film projects such as The Gymkhana Series and XP1K Series.

Since its launch in 2008, UTVUnderground (www.utvunderground.com) has become an essential source of UTV market information, and has grown into one of the largest UTV publishers of high quality, engaging content to millions of UTV enthusiasts daily. UTVUnderground is made up of real UTV owners and manufacturers obsessed with the culture, people and the UTV lifestyle. UTVUnderground is partnered with some of the most well-known brands and celebrities, both inside and outside the UTV world, and operates the largest UTV race on the planet – The UTV World Championship.