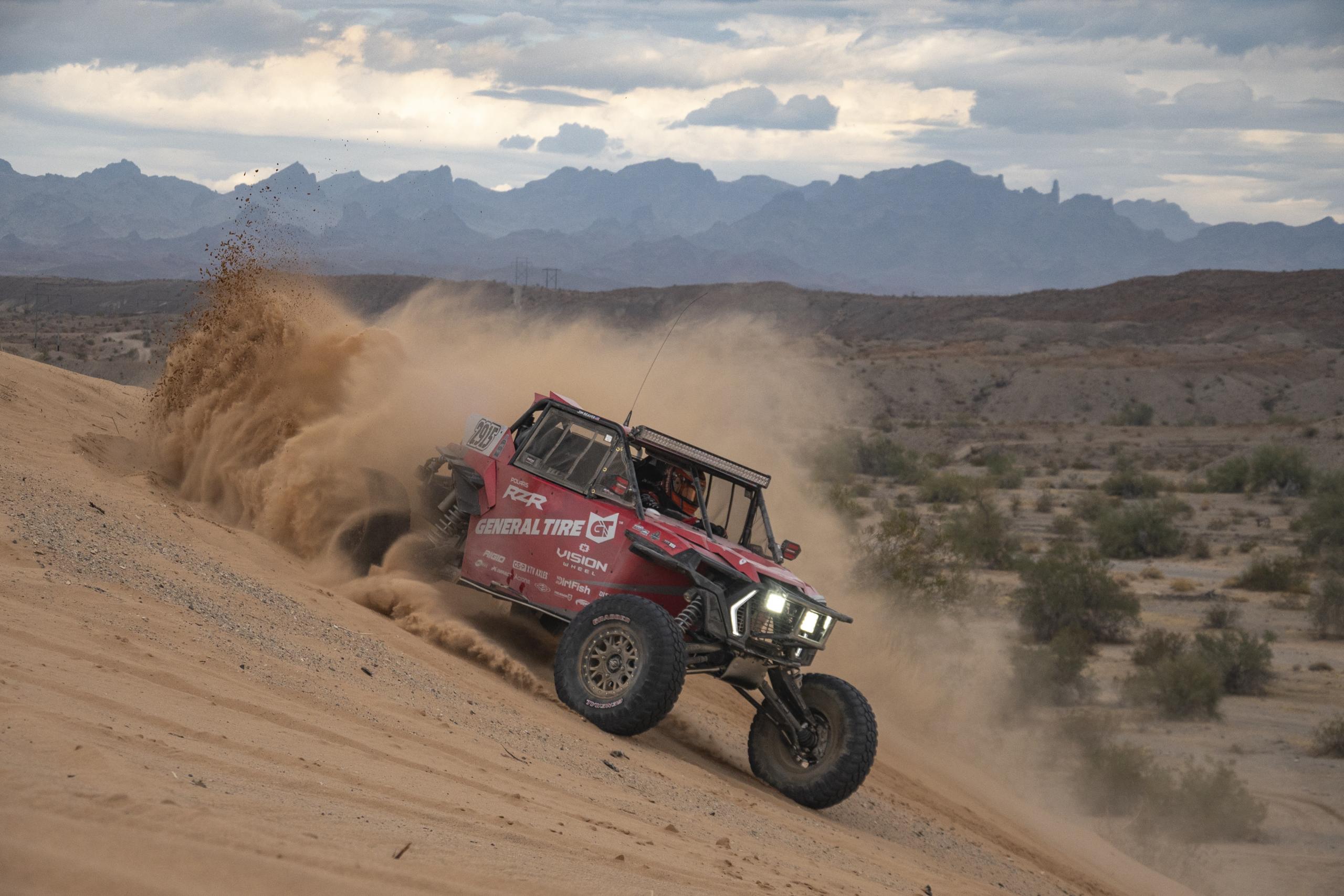 This weekend’s Tensor Tire Parker 250, the first race for motorcycles, ATVs, and UTVs on the 2021 Best in the Desert calendar, may have swapped race dates with the Parker 425 with cars and trucks for 2021, but the move certainly didn’t have any negative effects on the entry list. Once again, well over 100 registrations across the Pro UTV categories—led by 54 teams on the UTV Turbo start list—may make this year’s first visit to the Arizona terrain one of the most difficult desert races to win in North America.

With Quintero moving up, Kaden Wells (starting 23rd) will have one fewer rival in his quest to defend last year’s Production division victory. That said, he will still have to deal with fellow podium finishers Joe Bolton and Robby and Max Gordon, who will take off 31st and 34th in the 34-car field, respectively. Brayden Baker, who finished 24th here last year, will be the first Production racer off the line, followed by Mia Chapman, Austin Bolton, and Dean Yale.

But while both UTV Turbo and Production held relatively steady on entries compared to last year, the UTV Unlimited division exploded with 31 teams compared to 19 last year. New additions to the field include Jim Beaver, who purchased Mitch Guthrie Jr.’s former car named “Mona Lisa” and converted it to Unlimited spec, and Trey Gibbs. Mike De Ley, last year’s seventh place finisher, will be the first starter on Saturday, while defending winner and series champion Michael Isom will start 18th.

The full Tensor Tire Parker 250 entry list is here, while the draw order can be found here. After Parker, the Best in the Desert schedule continues in Laughlin, Nevada on March 25-28 with the All Terrain Concepts UTV Legends Championship.