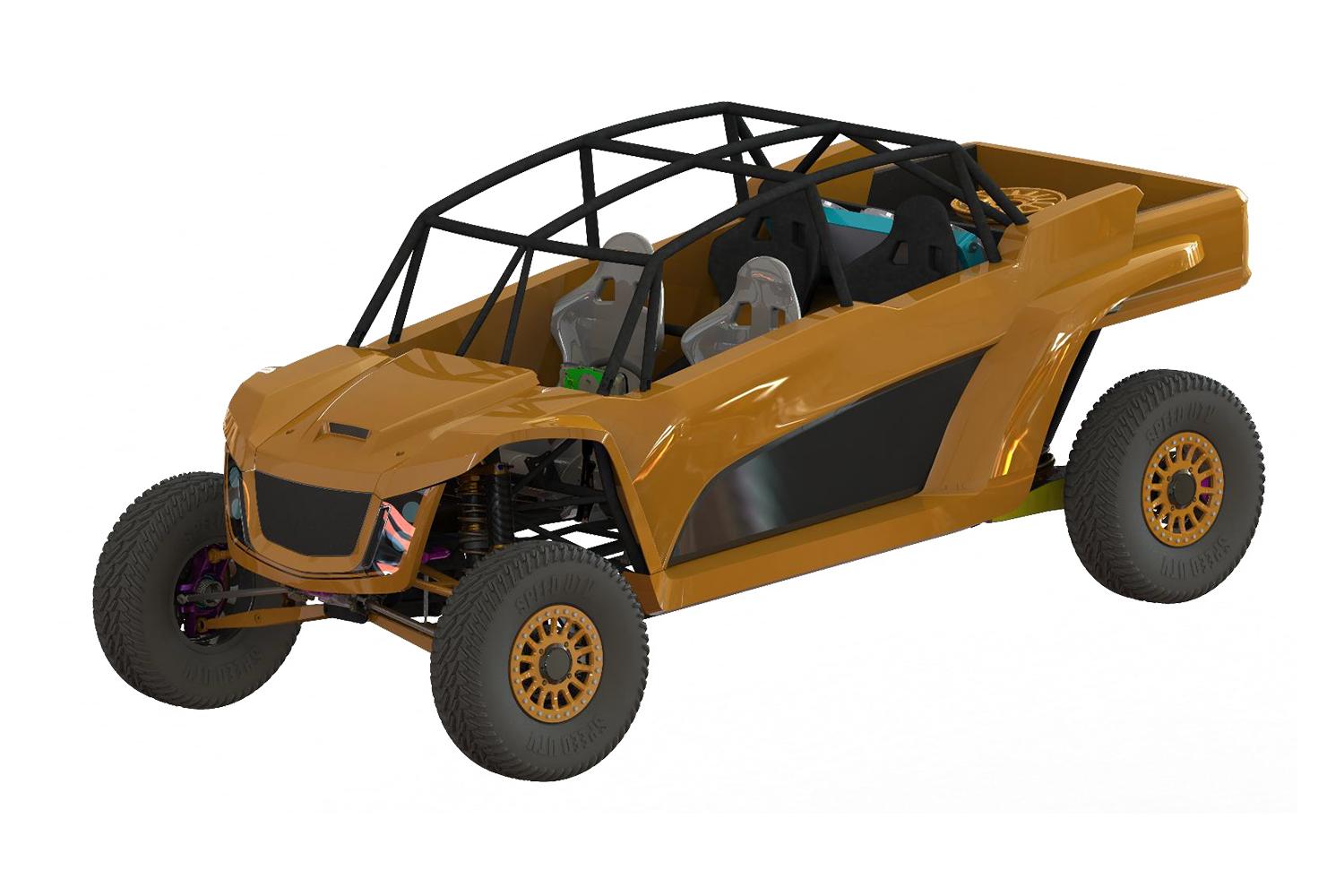 Wednesday afternoons have certainly gotten a lot more exciting with all the latest updates coming out of Speed UTV live stream.

This week Robby Gordon covered the all the pricing models of the Speed UTV, dropped the details on the all new RG Edition Speed UTV model, showed us a more finalized look of the body, provided us with updates and the reason why they dropped electric power steering and went fully hydraulic as well answered a number of social media questions, so if you’ve got questions, get a hold of Speed UTV on their Facebook and Instagram, and ask away!

Let’s talk about pricing and models.

If you’re one of the 670 people who pre-ordered the Speed UTV, whether the 2 seat, UTT or the 4 seater, you’re getting the limited edition car.

Even though it might just be the “base” model, you’re still getting a bad ass machine. Everything we’ve seen points to this being the most overbuilt and over thought UTV on the market. The attention to detail seems on a level of a purpose built race car you would typically get from Jimco.

Robby mentioned that even though the seats are plastic, they’re high quality plastic seats, similar to what you might find on the Can-Am X3. Robby also mentioned that the base model will come with a 5 point harness, just out of the necessity for safety.

When you order the the Limited Edition, especially before June 1st, you’re getting the deal of a decade. At $32,000 you’re getting $5,000 worth of upgrades. You get to choose the custom graphics, there will be several defined patterns to pick from, and you get to decide the color scheme of the graphics. Robby mentioned that the graphics are thick quality graphics, similar to what you would find on a super cross dirt bike.

There are also 5 seats styles to pick from, the drivers seat will be adjustable to your measurements when Speed UTV starts building your car. Robby described it’ll be a similar process of buying a race suit, they’ll provide measurements for you to go off of. The various seat options will also be displayed once the events open back up, so you’ll be able to sit down and decide which seat fits you best.

For $39,000, you’re getting everything that’s already included in the Limited Edition plus window nets, intercom, race radio and powder coated cage and suspension. We’ll find out more details on that during next weeks live stream.

The Speed UTV Speed Key is going to set you back $2,500, unless you pre-order the Speed UTV, in which case you can get it for $1. Keep in mind, when you buy the Speed Key, you’re signing a legal document basically dismissing Speed UTV of any liability, you’re also voiding the warranty as soon as your turn on your Speed UTV with the Speed Key.

All tunes will be CARB and EPA compliant.

Using your regular key, the top speed will be limited to 85MPH. If you use your Speed Key, Robby commented “It’ll be whatever you want it to be, you’ll be in control of your own safety” which sounds terrifying and awesome all at the same time.

Did I mentioned that I can’t wait to void the warranty in one of these?

The Speed UTT is looking more and more refined each week.

According to Robby Gordon this is going to be the ultimate race car. At 110″ you get just the right wheel base for racing, a big enough bed for two spare tires and enough room behind the front seats for a fuel cell.

If you’re big or tall, the Speed UTT is might be your answer. With no one to worry about cramming in the back of the car, from factory Speed UTV will be able to mount your seat further back. If you’re 6′ 4″ you’ll finally have more than enough leg room in a side by side.

We did also find out that there will be an option you can buy to have your bed tilt back.

The decision was made to go full hydraulic with power steering. Robby mentioned examples of having crazy amounts of feedback with electric power steering, the steering shaft u-joints being too small to handle all that torque from an electric steering motor, as well as Hydraulic Steering being the golden standard among Trophy Truck and Class 1 cars.

This week we got a whole different look at the Speed UTV engine. We can see the engine starting to come together with the transmission bolted on, along with the turbo and intercooler.

Robby confirmed that you’ll be able to shift your transmission and transfer case on the fly.

We talked a lot of about the dash in the last weeks Speed UTV dash article, but we did found out that the dash angle will automatically adjust as you adjust the steering. We’re looking forward to seeing more hands on demonstrations of the dash.

Will the Speed UTV fit in my trailer or toy hauler?

On the trailer, yes. In the Toyhauler, it should. Robby mentioned it fits in his momentum toy hauler. We’ve got some detailed measurements below. So grab your tape measure, and measure your toy hauler.

What about the R&D?

Robby has 35 years of racing experience. Robby mentioned his UTV R&D started with Polaris, moved on to building reliable Hummer trucks that raced in Dakar, and morphed into the XX, where Robby explained he didn’t have all the say he wanted to in design that car.

Robby Gordon said everything he has learned in the last 35 years of racing has been put into the Speed UTV. These cars are built by people who go out, race, ride and push them well beyond their limits. What you’re seeing today has been built based on 5 years of racing, what didn’t work has been redesigned and improved.

Essentially what you’re getting with the Speed UTV is a side by side that has been brutally tested in the most extreme environments and in completely unforgiving conditions.

Robby teased that next week at 7PM EST we will find out more about the speed bolts used on the suspension, you’ll only need 2 of the same size wrenches to work on the suspension of the Speed UTV.