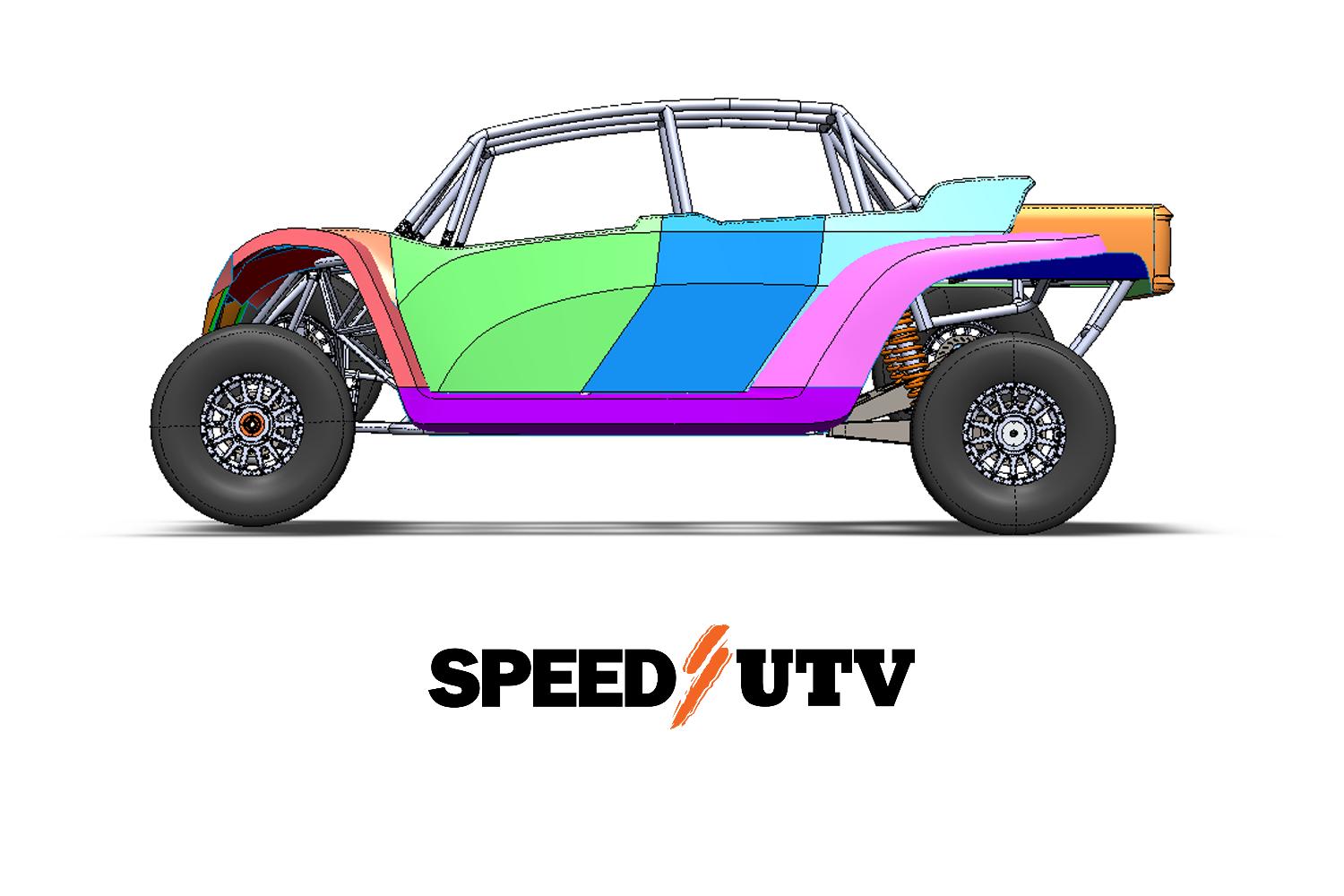 Wednesday afternoons have become a ritual for me where I sit back and watch Robby Gordon make the latest and greatest announcements about the 2021 Speed UTV.

This week was no different, other than answering social media questions included below, Robby dropped big news regarding the transmission and differential design and provided updates about where they are at with the design of the body.

Following the footsteps of every single component built on the 2021 Speed UTV, the transmission is no different. It’s a one of design, built from the ground up at Speed UTV with a lot influence from industry leaders such as Albins and Weddle.

The most exciting part? You get 3 forward gears in the 2021 Speed UTV:

Low and high are pretty self explanatory, but cruise? Well, just like the name says, when you’re out cruising on the long straightaways, pop the transmission into cruise and it’s essentially an overdrive gear so that you’re not hammering down on the engine.

The gears in the transmission and axles are dogged, meaning they’ll be able to handle a lot more abuse. They’re using the largest input shaft in the industry so you’ll get the biggest bearings available.

All the bearings used inside the transmission and the axles are standard sized bearings readily available off the shelf.

The transaxle and the front axle will both have a torque limiting clutch. You’ll also be able to adjust the clutches to your preference, this isn’t something you can turn a knob to adjust, it’ll be a bit more involved but the option is there.

You also get two shift levers. One for the transmission with the standard gears:

The second shift lever of the 2021 Speed UTV will be for the 4 wheel drive:

The 4 wheel drive is going to be on another level. The ring and pinion is the largest in the industry. Not only do you get regular old 4 wheel drive, but you also get 4×4 with the front locker engaged, which might as well turn the Speed UTV into a tractor. Robby mentioned this should only be used when rock crawling, climbing steep hills or mudding. As most of us who have driven a fully locked car know, turning the front wheels with the locker engaged can be difficult and hard on the components.

The front and rear differentials will both have torque limiting clutches. You’ll have dual plunging CVs on all 4 corners of the car, which is how the Speed UTV is able to achieve 25″ of wheel travel, while maintaining the 77″ width. The front axle will also have 4 spider gears.

The shift levers will be cast aluminum, no plastic button on your dash, you actually feel the gears engage when you shift it into 4 wheel drive.

The first 500 orders of each car will be able to pick from two designs of the beadlock wheels for 2021 Speed UTV. More than likely it’ll be the 14 Spoke Concave and RG Concave versions of the wheel.

Robby is also shooting to build Speed UTV tires, in his own words “So that your friends in Polaris and Can-Am’s can follow the tire tracks because the dust will settle.”

It varies on the model, details below:

After the first 500 cars are sold from each model the prices above will be the Base Car Price we are rewarding the 500 club members of each Model for being a partner in this adventure.

Robby had one of his employees who is 6 feet 4 inches tall get into the back seat of the car during the live stream, and although tight on the leg room, he did not look the least bit cramped. Robby was also sitting the front with plenty of room left.

Robby’s son Max Gordon designed the shock and spring perch on the bottom of the shock.

The dash has been addressed, so that your shin will no longer poke into it, but instead it’ll ride against it providing more comfort.

Body is coming along nicely, below we have a few updated pictures that were provided of the body. They’re still ironing out the back bed, but they’re almost there.

All Speed UTVs will come with a big enough bed for you to fit your 35″ spare. On the open and closed cab car, the bed will be 48″ wide and 35″ in length. On the Speed UTT the bed will be significantly bigger with the same 48″ of width but 50″ in length.

If you’re the least bit inclined, don’t wait. Order your Speed UTV today, there are only 61 4 Seat Speed UTV’s left, keep in mind the first 500 limited edition cars will come with an array of options such as beadlock wheels, 5 point harnesses, carbon fiber seats and $1 Speed Key upgrade among many other options outlined on SpeedUTV.com

Robby teased that next week at 7PM EST we will find out more about the front axle of the car.