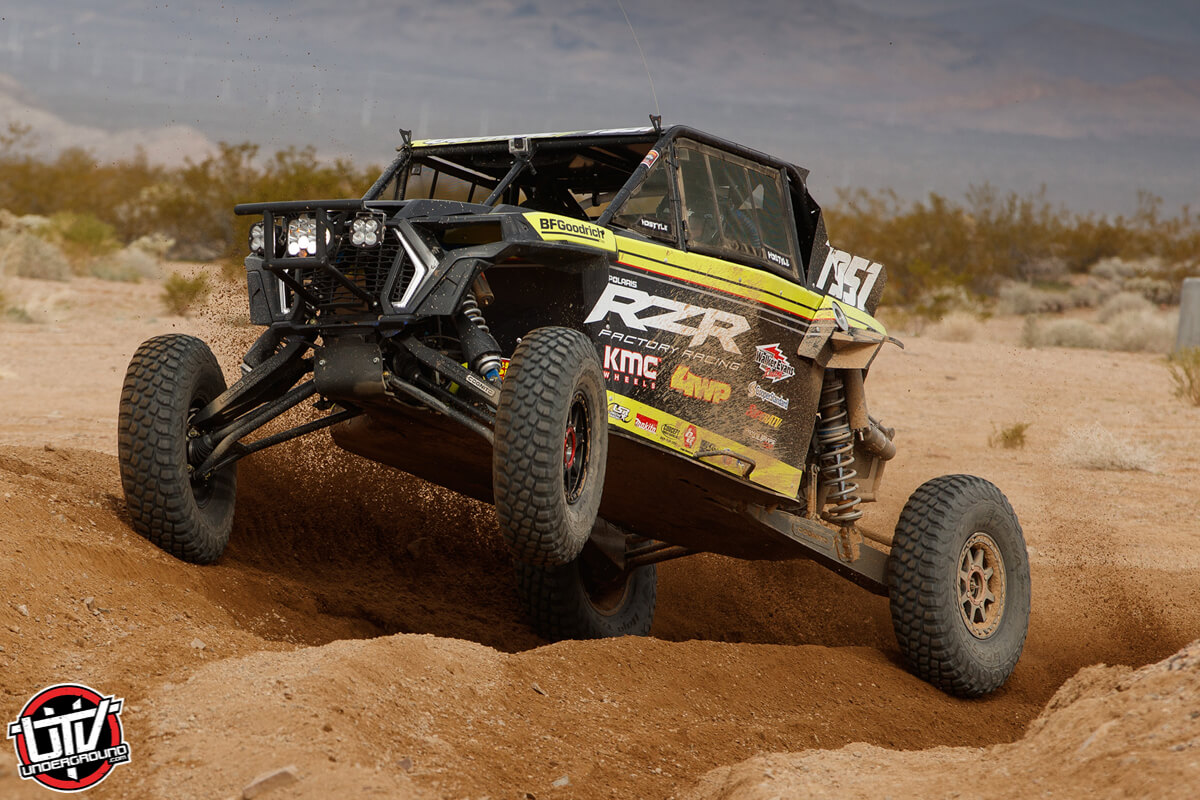 4 Wheel Parts (4WP) proved the hot start to their 2019 off-road racing season was no fluke as they came away victorious in the famed Mint 400, aka The Great American Off-Road Race. Mitch Guthrie Jr. cemented his role as the nation’s dominant UTV professional driver by winning the 2019 Mint 400 UTV Pro Turbo race just one month after his King of the Hammers victory. 4WP’s newest driver, 16-year old Seth Quintero, took the 2019 Mint 400 UTV Pro title to become the youngest winner in the event’s celebrated history.

“On behalf of everyone here at 4WP, I want to extend a huge congratulations to both Mitch Guthrie Jr. and Seth Quintero,” said Joey DiGiovanni, 4WP Director of Creative Marketing and Partnerships. “These young men are on their way to amazing careers, and we are so excited to have them on the 4WP Official team and as brand ambassadors.”

The Mint 400 UTV Pro Turbo race proved to be the most tightly contested of the day as Guthrie, Austin Weiland and Dustin Jones seesawed for the lead throughout much of the race. Guthrie Jr. took command in the second half for good and finished in 06:24:17, more than three minutes ahead of Phil Burton and Weiland. This was Guthrie Jr.’s second Mint 400 win. 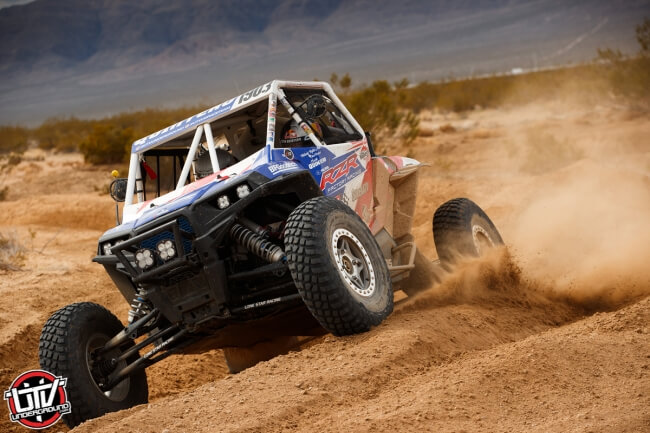 In the UTV Pro class, Quintero finished in 06:53:29 in a 2018 Polaris RZR XP1000, four minutes clear of second place finisher Bret Ward and nearly half an hour clear of the rest. The race was decimated by the conditions as 29 of the 34 starters failed to complete the three-lap course. Quintero, a factory Polaris RZR driver and Red Bull athlete, made his first start in the 2015 UTV World Championship race at age 12 and is now the youngest winning driver in Mint 400 history, accomplishing the feat just six months after getting his California driver’s license.

“It’s been a real pleasure to witness Seth’s career grow, and it just blows us all away at how fast his star is rising,” added DiGiovanni “Having Seth as an example for the youth in the off-road community and to represent our brand to the next generation is a total honor.”

Craig Scanlon had a strong performance in the Pro Turbo race, finishing in 20th place out of a field of 76 that looked like a virtual Who’s Who list in UTV racing. An errant rock to the radiator in the 6100 Spec Truck race thwarted his effort to complete the unofficial “Mint 800” (completing two Mint 400 races in the same day). Scanlon’s task is documented in CHASING THE MINT, a docuseries that was rolled out on The Dirt by 4WP (www.4wp.com/TheDirt) and will conclude this week with a long-form video story.

4WP’s Sara Price, Ted Moncure and RJ Anderson all faced their own sets of challenges with the latter being the only one of the three to complete the 400-mile race, despite suffering five flat tires. Moncure and Price are now gearing up for the upcoming SCORE San Felipe 250 in Mexico while Anderson has his sights set on this weekend’s opening round of the Lucas Oil Off-Road Racing series, where he will be defending his 2018 Pro-4 Championship Title.