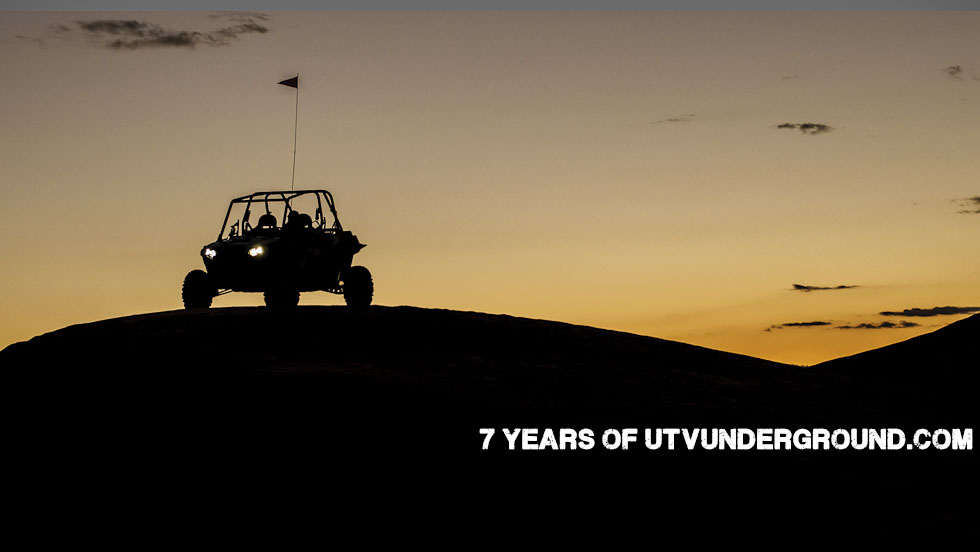 On January 5th, 2009 my third child, Cristian AKA Baby C was born. Two days later on the 7th my fourth was born, its name was UTVUnderground.com.

The site has come a long way in what really is a short amount of time. It seems like yesterday that I was sitting on my couch with my borrowed laptop pounding away all night long trying everything I could to stir up membership, content and site sponsors. Back then we were just a forum, a place for my friends and I as well as some others we had built relationships with to come and shoot the crap and talk about the sport we all loved so much. We were the small few that I think could now be considered the hardcore UTV enthusiasts of the time, we called ourselves the SXS Rebel Riders!

While the popularity of the sport has exploded, the culture at UTVUnderground.com has really remained the same. Today we still are doing all we can to generate new members and content while always remaining true to the sport we love. There were sites before us and many that have popped up since but few have remained on a growing trajectory like we have.  Few outlets have dedicated to furthering the growth of the sport and to UTV racing like we have and thats something we are proud of. To us its still all about the build, the camaraderie and the riding.

Our dedication to the site and sport led us into forging some amazing relationships with many companies within the industry which has allowed us to take UTVUnderground to “the next level”. Beginning in 2012 and then officially in 2013 we partnered with Mad Media & The Martelli Brothers Matt & Josh, which spawned an immense shift in the quality of our content, the way we marketed our brand and saw us expand into video and television. Since that same time, Polaris Industries has backed many of our crazy ideas with the means to go out and produce some of the sports most dynamic content like the XP1K series which has reached 10’s of millions of people. Our relationship with them has also helped create iconic events like Camp RZR and the UTV World Championship and our Polaris Racing race coverage has put the UTV sport in front of the world. Our involvement influenced Polaris to get involved with events like The Mint 400 helping further the awareness of the UTV culture and put UTVs at the forefront of off-road. This relationship with them and other OEMs has also played a role in the rise of the UTV factory race programs, many athletes have risen to the top ranks of racing thanks in part to our coverage, content and our connecting of sponsors.

While Polaris has certainly backed the bulk of the major projects we have produced since 2012, other OEMs like Kawasaki, Yamaha, Can-Am, John Deere and Arctic Cat have also supported us over the years with the ability to create and produce some awesome vehicle builds as well as content. Outside of the OEM level, many of the sports biggest and even smallest aftermarket companies have played a major role in the daily growth of the site. It was companies like Black Rhino, Rugged Radios, Muzzys Performance, Baja Designs, Rigid Industies, PCI Race Radios, FOX, Walker Evans Racing and of course Magnum Offroad to name a few who believed in us in year one and have remained as some of our biggest supporters. Many companies have come on since those early years to become major supporters of UTVUnderground.com and all of these companies both past and present have contributed in some way or fashion to helping further expand our reach and make contact with a much broader audience.

As the face of UTVUnderground I receive countless emails, messages and face-to-face props and thank you’s from many in the sport, and for that I am grateful. But UTVUnderground has been a team effort since day one. Close friends Rusty Baptist and Danny “Magnum Dan” Rosenzweig were there in 2008 when the idea of UTVUnderground.com was conceived. They along with many other friends pushed me to create this site and saw the creation of it all the way through, both remain involved. My family, especially my wife, has supported me endlessly through the good and the bad times. The early years were not easy. Like most entrepreneurs, I dedicated almost every available free second to the site and sport, missing numerous family events, birthdays and holidays. Back then I still had a day job that asked a lot from me, so UTVUnderground was built from my living room and bedroom, sitting on a laptop until the wee hours of the night and sometimes morning doing all I could to reach more people and companies. In 2010 I went full-time with UTVUnderground.com, giving up what was to be a promising career that I had spent over 10 years building. I took a chance, I threw caution to the wind and gave everything I had to pursuing what I hoped would turn into a new career that would allow me to feed my family while doing something I truly loved. It wasn’t easy but it was exciting.

Those early years for me are what shaped me into the person I am today. Every advertising campaign I sold went to paying a bill, if I sold an ad campaign that month I knew I could make the car payment or put it towards rent. I went without medical insurance for many years, my dream of owning our own home was on hold while I begged and pleaded with companies to support the site and believe in the vision I had to shape UTVUnderground.com into the biggest and best UTV outlet in the world. I didn’t realize it at the time, but I was in process of building my American dream.

Growing up I always heard that if put your mind to something and you worked hard that you could accomplish great things. While those things passed through one ear and out the other it wasn’t until I was 32 years old that the advice of dedication, commitment and work ethic from many people like my parents, grandparents and mentors began to really stick with me. See, when I was grinding and hustling those early years I was never conscious of what I was really doing in life. To me back then I was just surviving and trying my hardest to prove the naysayers wrong and to provide for my family all while doing something that didn’t suck. I wasn’t aware of the big picture that so many on the outside saw which was that I was “living the dream”. During my years working in my old career, I spent time with a company and on the front door of this guys business was that old philosophical quote “do something you love and you will never work a day in your life”. I used to see that, and at the time I wasn’t really doing something I loved so it never really rang true to me, but as this new career began to blossom that old saying began to stick with me and I began to repeat it to others.

It wasn’t until 2012 when things really began to fall into place and that I began to realize that wow, this was fun, and this is working, and I am actually doing this. Sure, there were still many hurdles in life whether it was personal, financial or professional that I had and still have to deal with on a daily basis. But work didn’t feel like work, it felt like a hobby. Work was fun and never once between 2009 and today have I woken up and been like “damn, I have to go to work today”. Now sure, there are times where the travel and responsibilities began to add up and what I do for a living isn’t all peaches and cream despite what it may look like from the outside. But reality is, I have no complaints. Everyday I get up and get to see my family living in our own home and I get to walk out to my office, or meet up with other likeminded hustlers, or get on a plane and travel to another amazing location, and its awesome. UTVUnderground.com is celebrating its 7th birthday today, but in many ways I am celebrating my own 7th birthday.

As I type this so many memories and people from the past 7 years are flowing through my mind. On this day 7 years ago I was filled with excitement and hunger as the site went live, I sat and watched friends and members sign up in droves, hitting the forum with as much excitement as me. At that moment never once did it cross my mind that I would be here 7 years later looking back at how far we have all come as a website, brand and family. Its crazy…

It wouldn’t be fair if I didn’t acknowledge some of the people that have helped me get to this point. Its easy and selfish for me to sit back and say wow look at all my sacrifice paying off, but reality is that everyone you do business with or network with plays some role in getting you to the next step. No one builds a business or dream on their own. For me the following people are just a few that stick out as some that certainly have influenced UTVUnderground and myself over the years: Rusty Baptist, Dan Rosenzweig, Camille DiGiovanni, Matt & Josh Martelli, Joe DiGiovanni Sr., Vincent DiGiovanni, Jon Crowley, Nate Mullen, Troy Merrifield, Reid Nordin, Mike Lasher, Craig Scanlon, Jason Difuccia, Donna Beadle, Rick “Wally” Wallace, Mike Rosenzweig, Taylor Anderson, Rob Muzzy, Kenny Osborn, Tim Berendes, Ken Johnson, Randy Anderson, RJ Anderson, Daniel Fernandez, Kilian Hamlin, Robert Van Beekum, The George’s, The Guthrie’s, The Rahder’s, The Weller’s, My Family & Close Friends, and of course each and every single UTVUnderground.com site member and team racer, THANK YOU ALL, you are and always will be a part of the UTVUnderground.com family!

I could honestly go on for days on thanking individuals for all of their support in some way or fashion, the names above are just the tip of the iceberg as it pertains to people who have influenced me over the years and each one deserves their own dissertation as to how they played a role in my life and in the life of the site, but each one knows how they have contributed and each one needs to know how thankful I am. But in the end, the site was created for the sport, so while I may drive the ship its all of you, the members & readers, who power it. Without you guys running those UTVUnderground.com stickers on your cars, sharing our images, stories and videos, posting in our forum, wearing our merchandise and participating in our events, we wouldn’t be anything but a page on the world wide web with kick ass content. At the end of the day its all about US, its about the sport and the culture, its about friends, families and the hobby we all share and love. I am just thankful that you guys as the members & readers as well as my friends, partners, sponsors and family have gotten behind this crazy idea enough that I am able to make it my life. I wouldn’t trade it for the world… 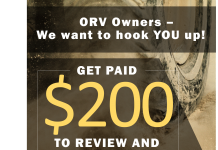