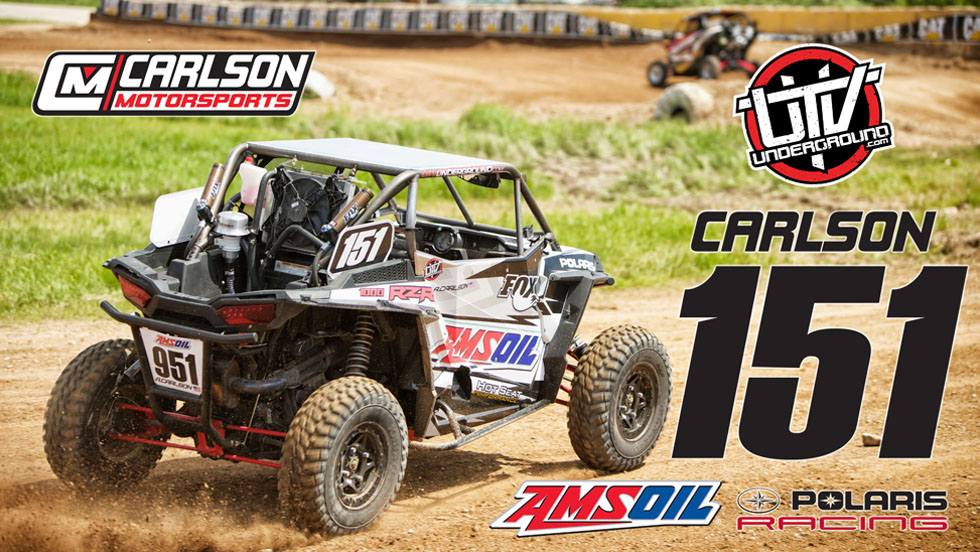 UTVUnderground’s newest team racer Andrew Carlson made his professional UTV debut last weekend at the TORC Bark River race event. Carlson is not new to the pressures of being a professional racer. Andrew is one of Polaris’ fastest growing stars in the ranks of Snow-Cross racing. Now Andrew is moving over into professional UTV racing and he kicked off his first race in a big way with a win at Bark River, MI!

Adult models – 16 and older. Be sure to get safety training. The vehicle displayed in this video is not intended for on-road use. Driver must be 16 years old with a valid driver’s license. Passenger must be 12 years old, and tall enough to use hand holds and plant feet firmly on floor. Always use cab nets, wear seatbelts, helmets, eye protection, and protective clothing. Do not operate on public roads. Avoid excessive speeds, sharp turns, and difficult terrain. Riding and alcohol/drugs don’t mix! Never carry more than the appropriate amount of passengers. Follow all warnings/instructions in owners manuals and on product. UTVUnderground and their affiliates are not responsible for injuries that may occur from emulating or copying the riding, driving, or stunts performed in this video. Visit www.rohva.org for more information on safe operation off-road vehicles. 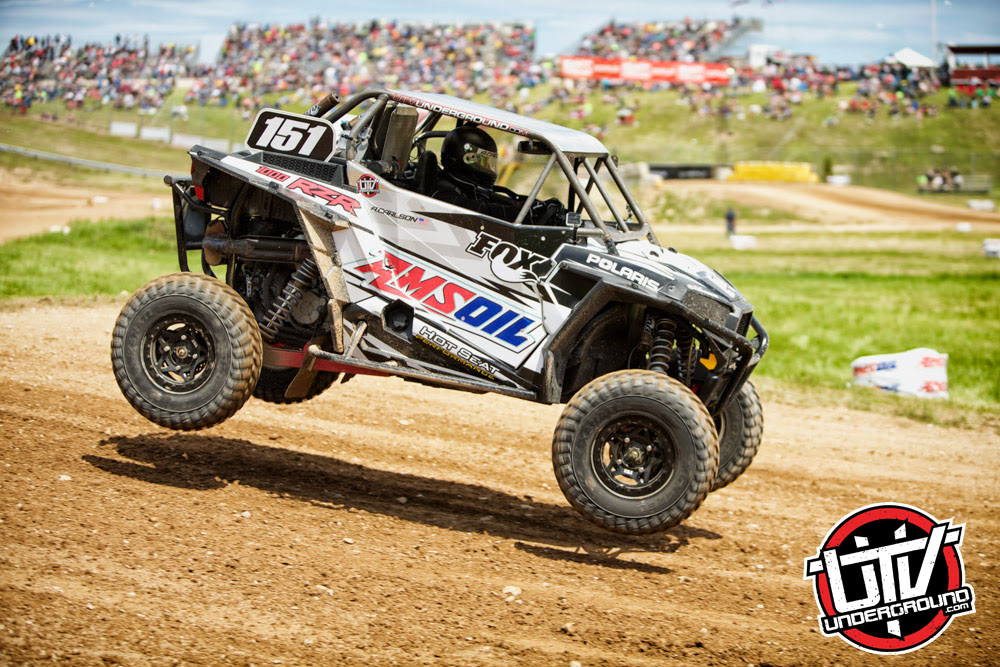 Carlson Back in the Saddle and Back on the Podium

Elk River, Minnesota June 23, 2014 – Holeshots, turn one tangles, marbled berms, heavy roost, and finish line podiums…it sounds like another perfect race weekend, and for Carlson Motorsports professional snocross driver Andrew Carlson, it was. With last winter’s amazing podium streak in the rear view mirror, Carlson is intensely focused on the snocross season ahead, and in preparation, Andrew has been honing his entire skill set.

Off the track, a dedicated workout and nutrition regiment has Andrew on pace to be one of the most physically prepared athletes when the season commences in Duluth, Minnesota. Complimenting the program is a summer season filled with on track, side-by-side competition to keep both the competitive fire lit, and the mind sharp.

With a win on his home track during the kick-off to the ERX Motor Park Beatercross series in early June, and a first and second place finish at The Off-Road Championship (TORC) series side-by-side class in Bark River Michigan; Carlson has picked up where he left off last winter…atop the podium.

“So much of snocross (racing) is mental…that’s what so much of this (side-by-side) racing focuses on,” said Carlson. “It’s not making mistakes, it’s not getting pressured and reacting to other people. It’s you and the track. All you can control is how fast you race the track.”

The Bark River TORQ event was the first one to include a side-by-side class, but according the Carlson, it will become a regular feature going forward.

“It was my kind of track…it was fast with lots of lead changes and strategy. It’s a great way to stay sharp for snocross.”

With a taste for the TORQ series, Carlson plans to campaign his AMSOIL Polaris RZR at as many upcoming events as time will allow. Despite a rigorous training schedule and considerable time commitments as he pursues his business management degree, Andrew’s plate if full but his thoughts are never far from the race track.

“I can’t imagine what I’d be doing it I wasn’t racing on the weekends…I’d be bored out of my mind.”

Andrew will return to the track on Thursday, June 26, for round two action at ERX Motor Park in Elk River. Then it’s on to Crandon, Wisconsin for the TORQ series Big House Brawl. You can stay abreast of all the happenings at Carlson Motorsports through their website www.carlsonmotorsportsllc.com or follow them on Facebook. You can also follow Andrew Carlson via Twitter @151Carlson.