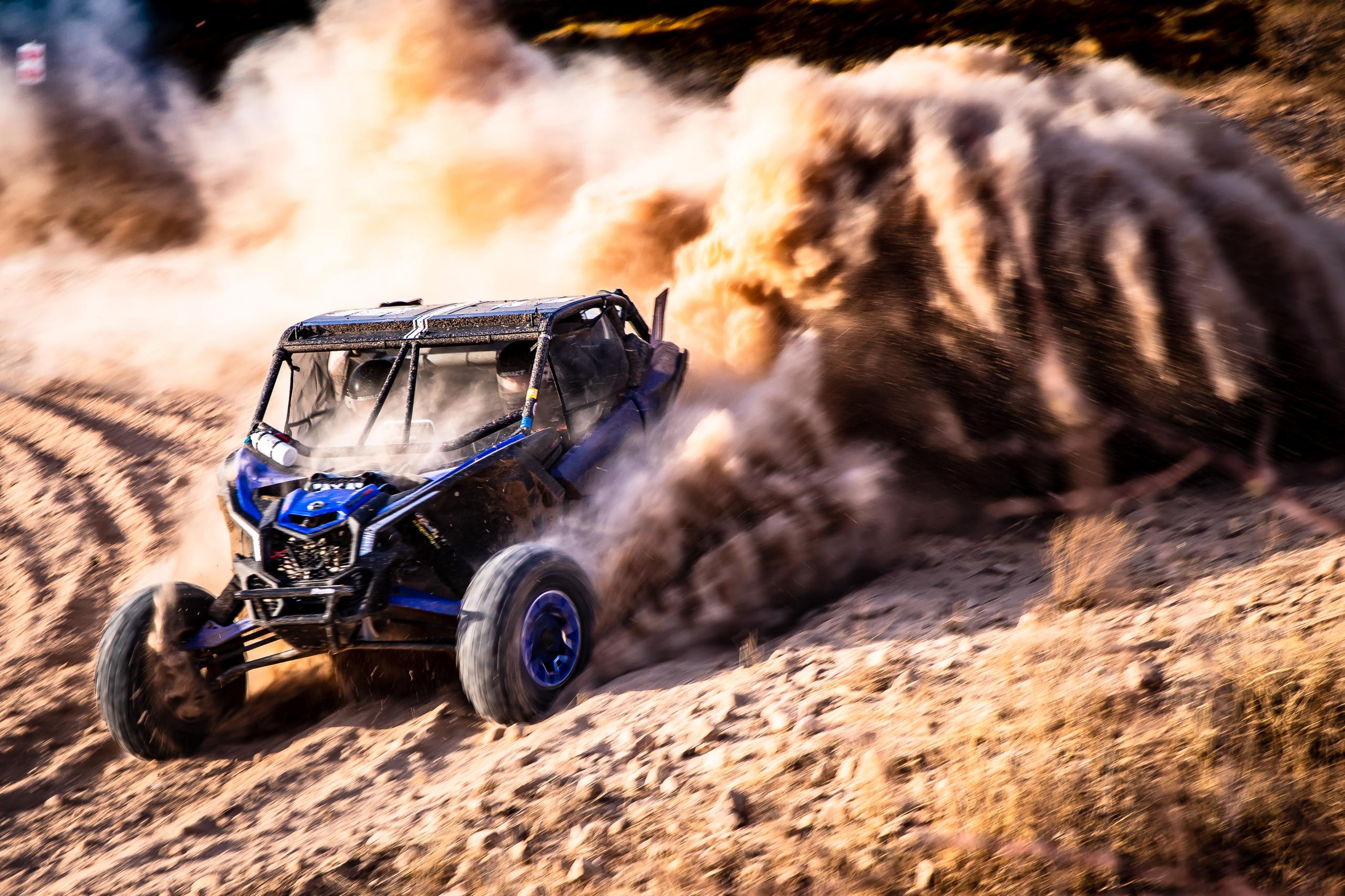 Photos and Story by: Karakurt

After a long and uncertain year, the Arizona Offroad Promotions Rowley White RV Series has come to an end at a never-before visited track by AZOP Racing located at the Gila County Fair Grounds in Globe, Arizona.

The 3-mile track featured a flat and fast infield at the start, then led out over hardpacked dirt and briefly over asphalt down into ‘the hole’ filled with loose rock and sand along steep inclines and sharp corners. The final section of the track was surprisingly technical with sharp turns, deep holes and unforgiving sand and rocks before leading back out of the hole to the infield. As tough as this track was there was one DNF during the weekend’s big races, Katin Ladin #314, UTV 1000cc N/A after missing a corner and losing a wheel.

The track that began as a tight track in many of the corners, became a much wider track close to triple of the width after all the bikes, quads, and UTVs had come and gone. In the deepest section of the track, the sand was the most unforgiving. Racers in the back of the pack were often forced to brake to a slow crawl around these corners, otherwise taking the risk of missing a corner. Sunday’s races did not fall short of Saturday’s excitement. Instead of starting Big Bikes in waves as usual, the bikes all started at the same time creating an intense start you could feel in your chest. The track was changed for Sunday which saw the disappearance of the steep sandy hill climb that was challenging to even the pros. The change gave way to a fast straight-away leading deeper into the sand filled hole.

Saturday’s and Sunday’s UTV top two positions were extremely close between Hayden Thomas #80, and Paul Obrien #11. On Saturday Hayden Thomas took the win by a mere 5/100th second lead over Obrien. Roles were flipped on Sunday with Thomas losing first position to Obrien by 7/100th of a second. Taking third place on Saturday and Sunday were Bob Jablonsky #2999, and Timothy Kern #1912, respectively.

The Big Bike races did not see much of a change between first and second positions over the weekend. Kyler Heimer #300 with his Yamaha took first on both days with 8 laps on Saturday and Sunday. Dayton Raper #19 took second both days of racings, while improving on Sunday with 8 laps compared to his 7 laps on Saturday. Thomas Maynard #57 placed third on Saturday having fallen to fourth on Sunday to Tate Vanvoorst #053.