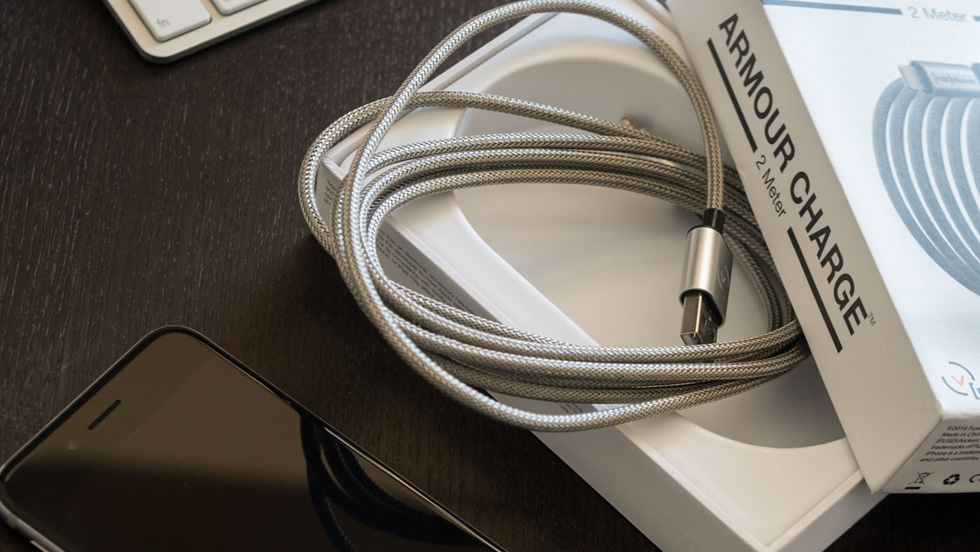 Over here at (Mad Media, Race­Dezert, UTVUnderground) we are constantly travelling, shooting, and waging war against the elements. Every week it’s something different ­ an off­road race, a commercial shoot, or some kind of crazy adventure. We pack our gear in

industry standard Pelican cases but our accessories like our iphones, ipads, and laptops always seem to get worked. And there’s nothing more annoying than losing or damaging a much needed cable when you’re in the middle of nowhere trying to get some work done or simply charge your phone. 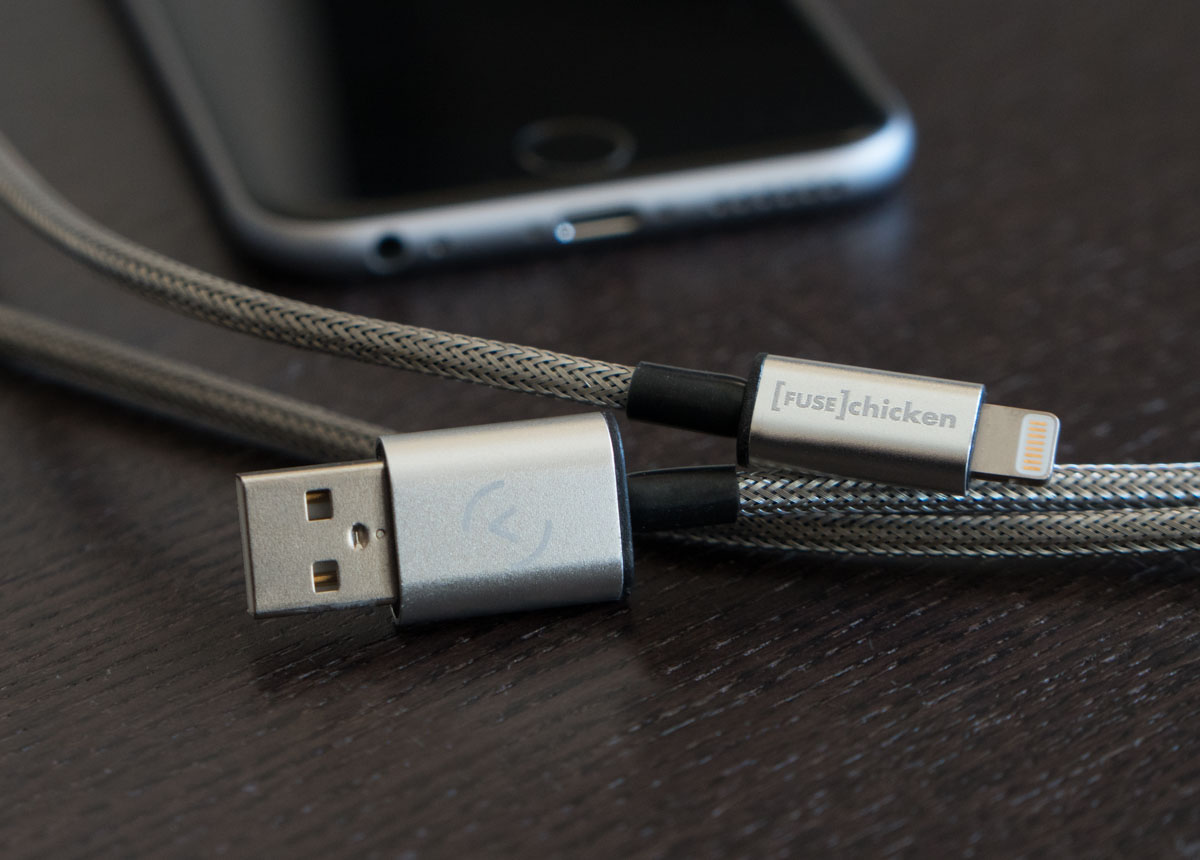 In our quest to find indestructible cables we came across a cool company out of Cuyahoga Falls, Ohio called Fuse Chicken, (www.fusechicken.com) that make some incredible products. These guys launched back in 2012 with a hugely successful Kickstarter campaign and a product called Bobine ­ which is basically a braided flexible single­function USB cable, that acts as a dock, stand, and tripod. They made an auto version that is super slick too. But what we jumped on recently is their newest line of cables call Armour Charge ­ which is an industrial­grade

iPhone USB cable wrapped in intricately woven 100% stainless steel strands. We’ve seen attempts at bullet proof cabling before, but nothing this well made or flexible. These guys got the recipe perfect. 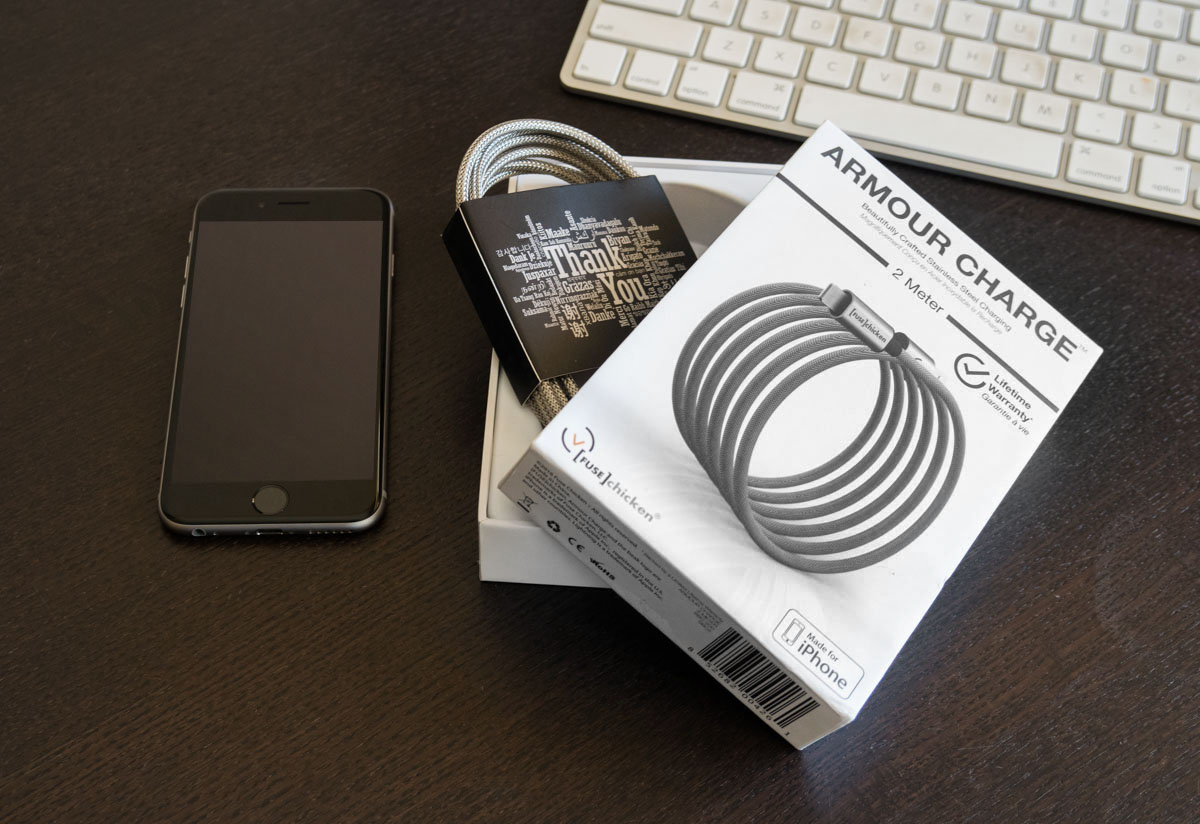 Over the past few months we’ve put these cables to the test in just about every working condition possible. I used one to keep my iphone and ipad charged while directing the coverage of The Mint 400 from the helicopters, while my crew on the ground used them in the searing Nevada heat and dust. We’ve taken them on numerous shoots and they have held up beautifully. We even permanently installed them in every one of our work trucks and UTV’s too ­ so we never have to worry about charging up on the road.

We’ve been fans of Apple products from the early days ­ but always laughed at their cabling. From the white color to the super cheap and flimsy cable thickness ­ it just seems laughable that so much computing power could be crippled by a cheap Chinese cable. Do yourself a favor and check out the cables by Fuse Chicken ­ especially the new Armour Charge. They come in three and six foot lengths, work with iPhone 6s, 6s Plus, 6, 6 Plus, 5s, 5c, 5 AND are backed by a Limited Lifetime Warranty.