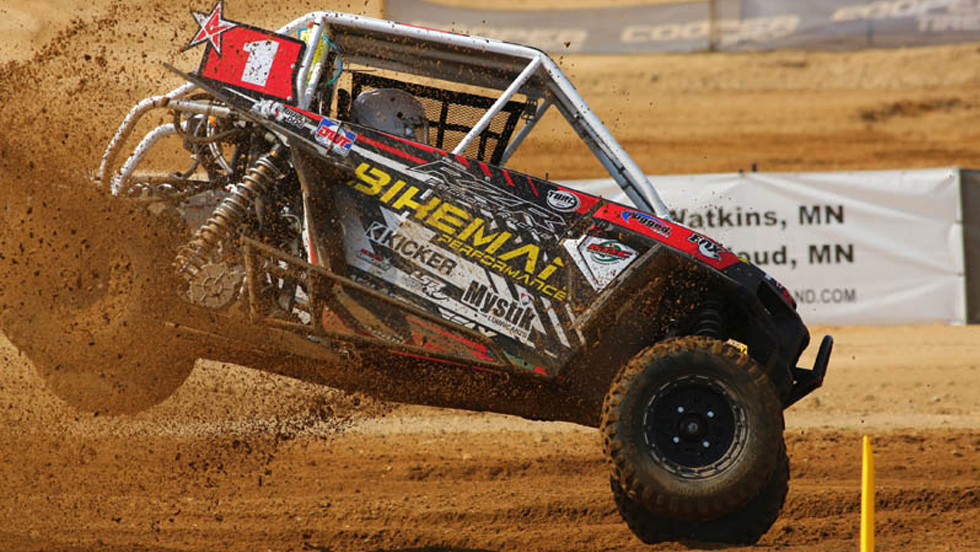 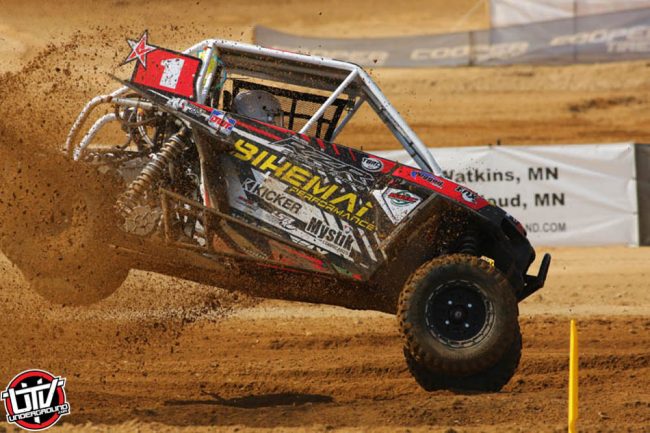 Bikeman Performance/rOtation Motorsports, with drivers Treavis Poynter and Jason Luburgh, continued to make progress during the TORC Off Road Series races at Redbud MX. High points for the team include Poynter’s blistering performance in qualifying and Luburgh leading his first laps of the season in Saturday’s Pro Modified race.

The events were part of a doubleheader weekend held at a purpose-built track constructed just adjacent to Redbud’s motocross track. The tight racing surface was rough and technical, making setup difficult for all of the competitors. 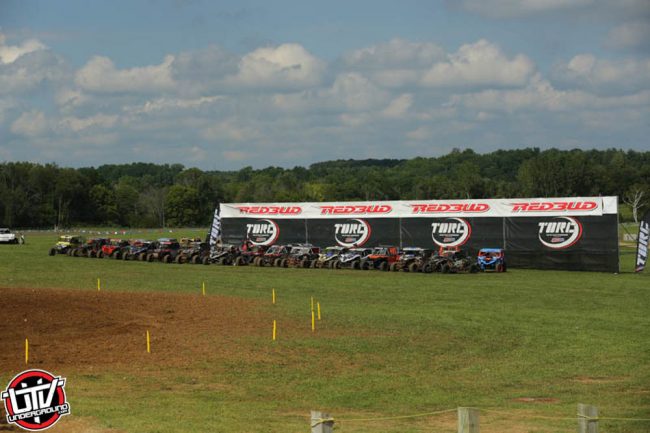 Poynter likely made history during qualifying, not only setting the fastest time in Pro Modified UTV, but setting nearly the fastest time among ALL TORC classes, including the ultra-powerful Pro 4 trucks.

“Our RZR turbo is so fast and handles so well that when we get these things dialed in, people are going to be in trouble,” said Poynter. “The only thing faster than us in qualifying on Friday and Saturday were four of the Pro 4 trucks. I was a second and a half faster than anyone else.”

Poynter was pleased to be back at Redbud. He actually competed here as a young man, racing dirt bikes. 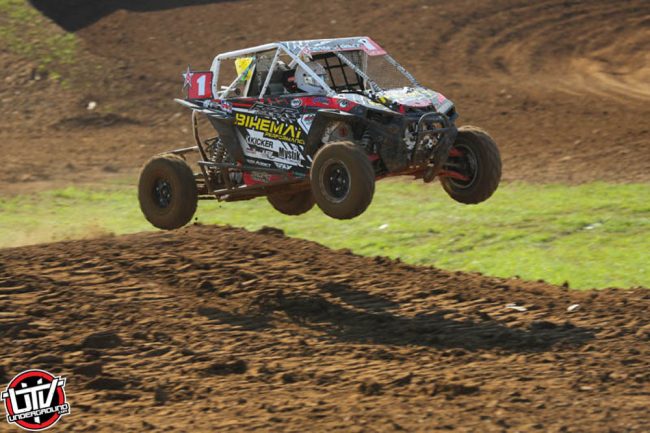 “I come from motocross and Redbud was always one of my favorite tracks,” said Poynter. “I raced regional qualifiers here as an amateur on dirt bikes. I had some good showings here and I was really looking forward to this weekend. They didn’t disappoint. The track was awesome.”

Luburgh was racy all weekend and actually led two laps of Saturday’s Pro Modified race. Unfortunately, both racers had issues with clutching that caused belt problems during the races. Luburgh also turned in 7th and 8th-place finishes in Pro Stock.

“I led until two to go and broke a belt,” said Luburgh. “Getting to run out front felt nice. It’s racing and that’s the way it goes. It’s not really anyone’s fault. It seems like as soon as we solve one problem, another one rears its head. We’ll regroup before Crandon and we should have a solid race.” 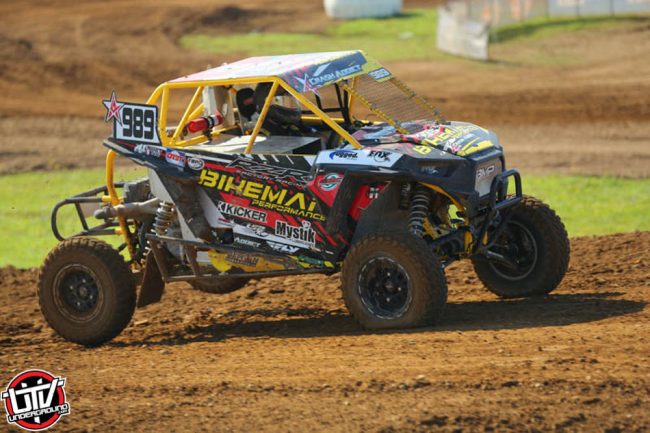 Poynter put on a clinic in Sunday’s Pro Modified race. After getting tangled up with another competitor at the start, he rebounded from nearly a lap down to sixth. Unfortunately, another broken belt ended his day.

“We came from 23rd to 15th and we didn’t see any drivers for the first two laps; we were just trying to get that lap back,” said Poynter. “The competition caution bunched us up. I went from 15th to sixth in three corners and we popped a belt.”

Despite the issues, Poynter and Luburgh are upbeat looking toward the next race at Crandon. The team will do some clutch testing prior to the event. 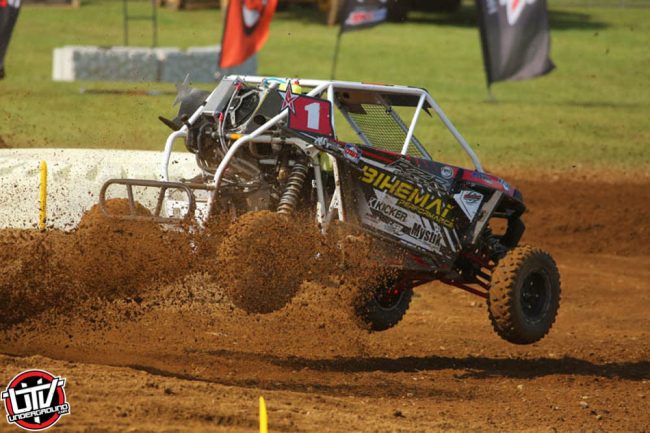 “We’ve gotten most of the gremlins out except the clutching,” said Poynter. “We’ve never popped a belt until this year, so we have to do some clutch testing. The cars handle so much better and the field is so much faster. Last year, I could get gap and just chill. This year, you have to 100%, 100% of the time and it’s just different.”

The Bikeman Performance/rOtation Motorsports team will be ready to roll when it heads to the next TORC event at Crandon International Off-Road Raceway in Crandon, WI September 1-2. 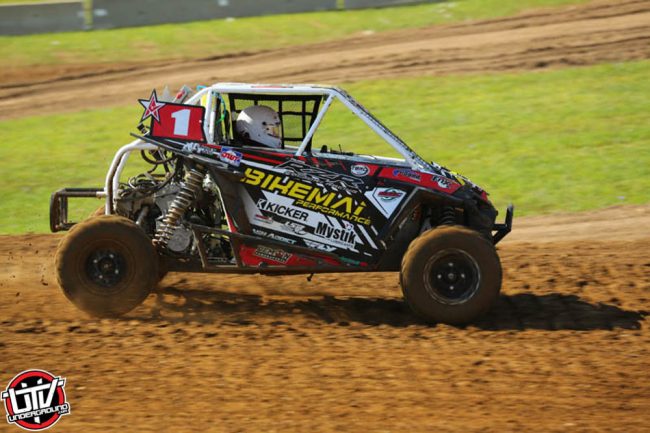 UPDATE ON COLTEN MOORE:
This past week, Colten had another spinal review. To his disappointment, the Dr. thinks Colten needs a bit more time to heal. Colten is very disappointed as he needs to get back to action mentally as he feels he’s ready physically. He’s working hard every day at rehab and will be back soon.

Please continue send positive comments and thoughts. He may be a bit silent on social media, but he’s just focusing on healing and rehab and will be back asap! 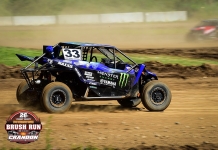