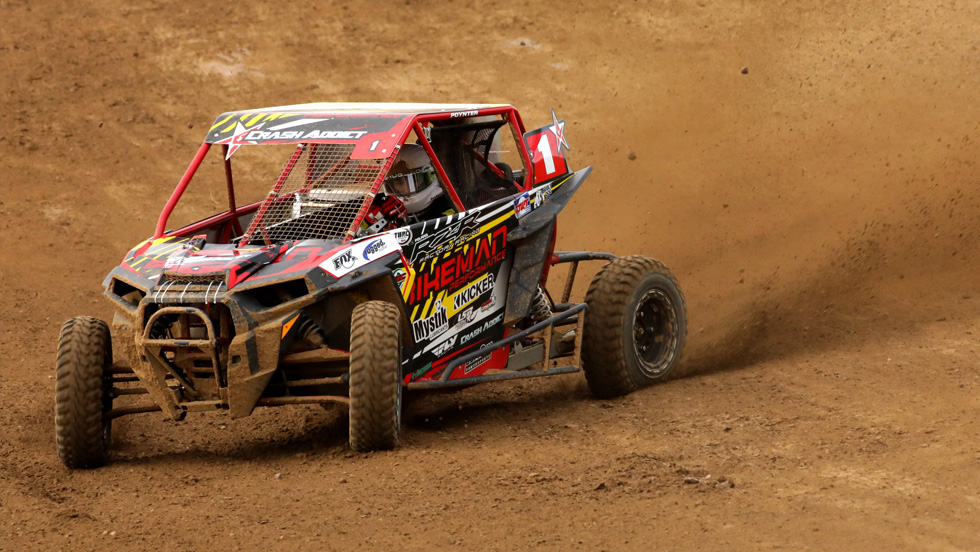 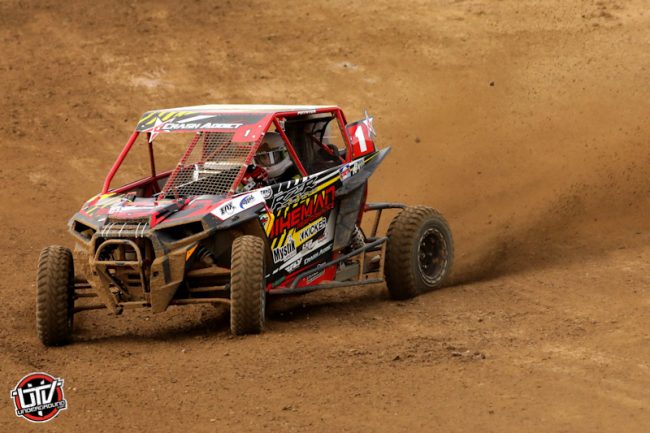 Bikeman Performance/rOtation Motorsports had its most competitive weekend this season during the TORC Off Road Championship UTV races at Crandon International Off-Road Raceway in Wisconsin. Drivers Jason Luburgh, Treavis Poynter and Zach Martin all had competitive runs in their Polaris RZRs.

Luburgh had a fast car all weekend. One of the few drivers running both Pro Stock and Pro Modified classes, he turned in a best finish of sixth in Saturday’s Pro Stock race. But final results don’t tell the entire story. He was challenging for the lead in Saturday’s Pro Modified race before a broken axle set him back. On Sunday, he ran in the top five in both races, before bad luck took him out of contention. 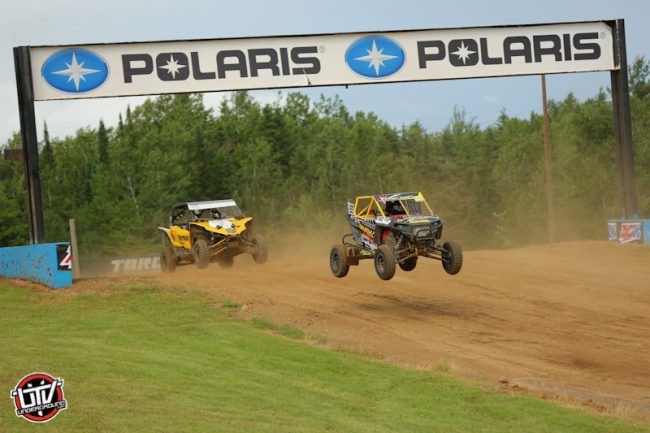 “I made good on a couple of wrecks, made it up to sixth and the car was working great,” said Luburgh. “The stock car is maxed out and we’re adding up the little tweaks to make it better. The mod car handles really well, and we’re just looking for a clean race. I was running well and was making time on the leader when we broke an axle.”

Luburgh enjoyed Crandon’s fast and technical track. Despite rain all weekend, the track was dry and slick for both days of UTV racing. Cornering was key for Luburgh.

“It’s an awesome track and a really cool place,” said Luburgh. “The crowd was amazing. The track was tuned in really well. The turns are really technical. You have to commit to the turns. So even if it’s one line, you can still be way faster because you can corner a lot better.”

Poynter too had several moments of greatness, but overheating issues slowed his charge. Poynter was challenging for the lead in Saturday’s Pro Modified race, but high engine temperatures forced him to back off. 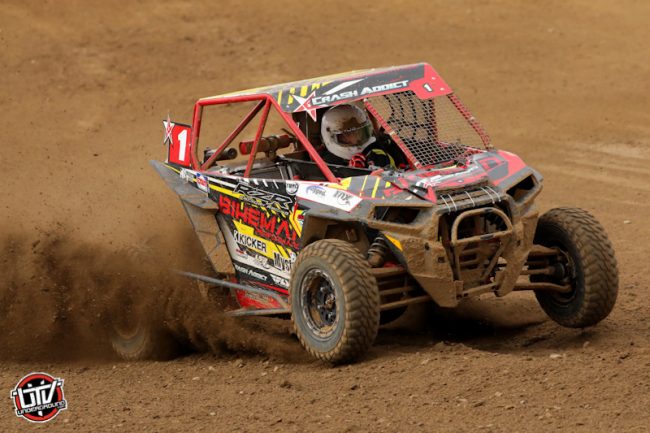 “I was a little late off the line, tucked into the inside and came out fourth,” said Poynter. “I started picking people off and got behind the leader. I had him, but he’s a really good driver and I just couldn’t get around him. I had a game plan, but we overheated before I could do it. We’re just trying to get more air to the radiators. My car has never overheated until this weekend.”

Poynter also appreciated the technical nature of Crandon’s corners. His GBC Tires and Fox Shocks combined with his Crash Addict Chassis helped him corner flatter than any other competitor in the field.

“I could set in the corners backward, I could put it on the inside, and I could put it on the outside,” said Poynter. “The GBC Mongrels were hooking up great and my Fox Shocks were excellent. My Crash Addict Chassis with the low center of gravity helped us not bike into the corners. That helped us a lot; being flat in the corners. We have put so much effort in the chassis and it’s a shame that people can’t see that. Eventually, everyone is going to see how good these cars are.”

Martin drove in relief of Mitch Guthrie, Jr. and Colten Moore here while Guthrie Jr. was running the Lucas Oil event in Utah and Colten is still recovering. Martin, who also gets his tune on his stock car from Bikeman, finished 12th on Saturday and 11th on Sunday in his first time in the turbo Polaris. 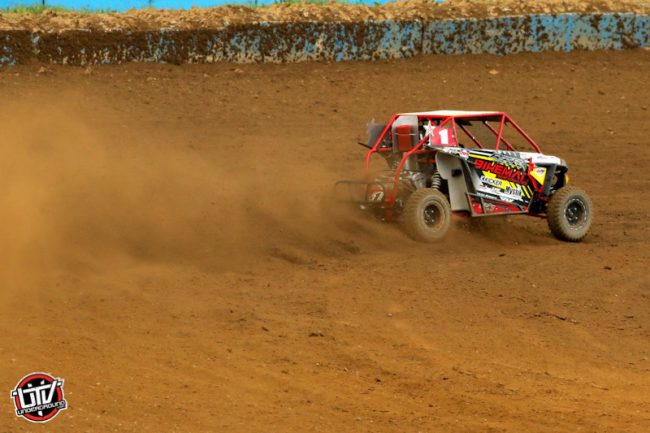 “Jimmy let us get into the turbo Polaris for the Pro Modified race and that was our first time in that class,” said Martin. “It made for an exciting weekend.”

The Bikeman Performance/rOtation Motorsports team will be ready to roll when it heads to the next TORC event at Bark River International Raceway in Michigan. That race is scheduled for July 15-16.

Thank you to the Bikeman Performance / rOtation Motorsports Sponsors: