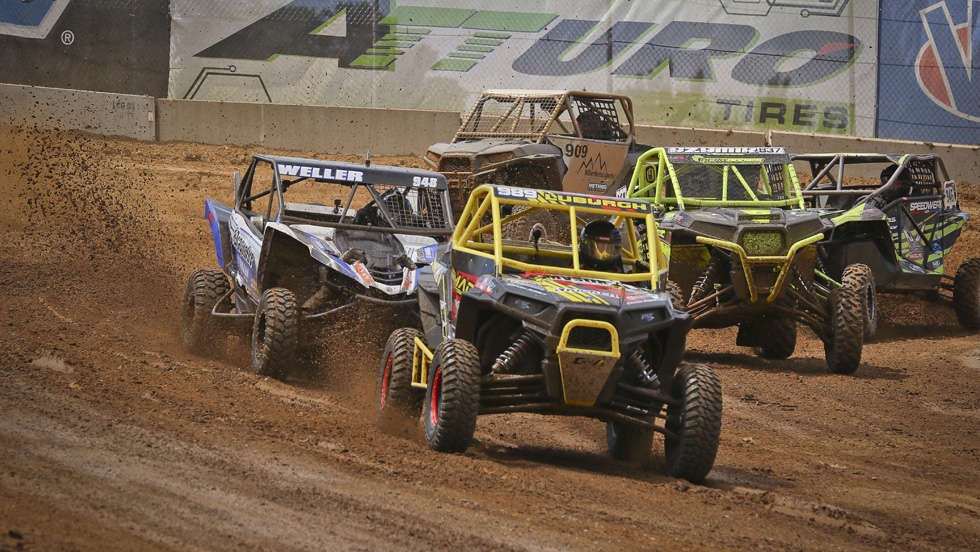 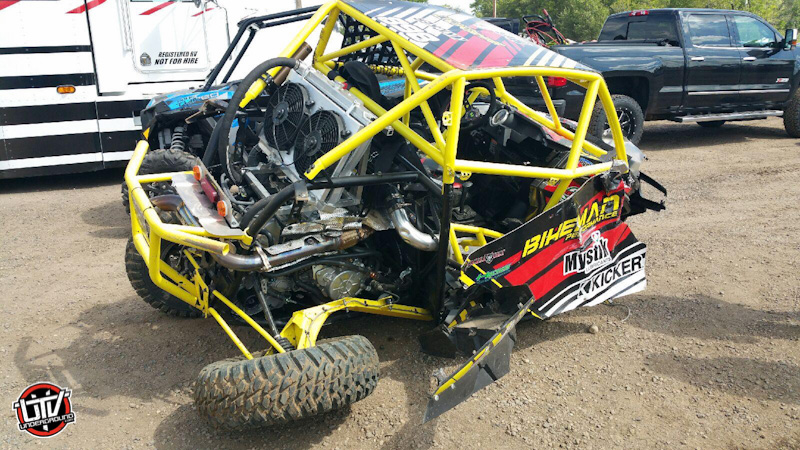 With bad luck seeming to be the norm, it struck again in Elk River with a TORC Safety vehicle being on course without a radio warning to the drivers causing Treavis Poynter to collide with it at full speed while in the air. Needless to say, our brand new RZR Turbo with less than an hour on it has it’s funeral sometime this week.. Stay tuned.. We’re thankful Treavis didn’t receive injury.

In any regard, the BMP / rOtation Motorsports team persevered to walk away with 3 podium finishes for the weekend!

DAY ONE
Jason Luburgh held off Corry Weller in her Yamaha YXZ to take the 1st place trophy home. After, top 3 vehicles tech’d and cleared with no issues. With Corry doing so well in the Lucas Oil series, she was pretty impressed with Jason’s driving, along with the performance of the RZR.

Treavis Poynter, up all night with crew, transferred parts from the totaled RZR over to our spare turbo unit which was completely stock. Basically, cage and a few safety items were transferred over to make the vehicle legal to run. However, Treavis was working on it right up to race time and wasn’t able to make it to tech prior to the race causing him to receive a black flag for the day. He was running in 1st place when the black flag was dropped.

DAY TWO
Adjustments we’re made to the machines along with Treavis working all night on his machine. Unfortunately, Jason Luburgh made a few changes that ended up costing him some corner speed ultimately costing him the race as Weller got by him to take the victory.

Treavis, in his turbo mod Polaris RZR, was the fastest driver on track by 3 seconds with that Bikeman power. Unfortunately, no spare Lonestar Racing parts we’re available and he had to run the stock radius rods which failed causing him to drop back to 2nd place for the finish.

Thank you to all sponsors for hanging in there with our bad luck over the past year. We’ve been working hard to overcome the problems we’ve had and some success in Elk River is great motivation for the future. We feel that we have a great team of mechanics, drivers, and sponsors.

Lastly, we’re really excited about the addition of UTV racing to the TORC Series. Despite the early on bad luck, the weekend was very enjoyable and that’s what racing is all about. We plan to race the series for the rest of the year along with the Heartland Challenge and of course, GNCC.

Thanks for your support!