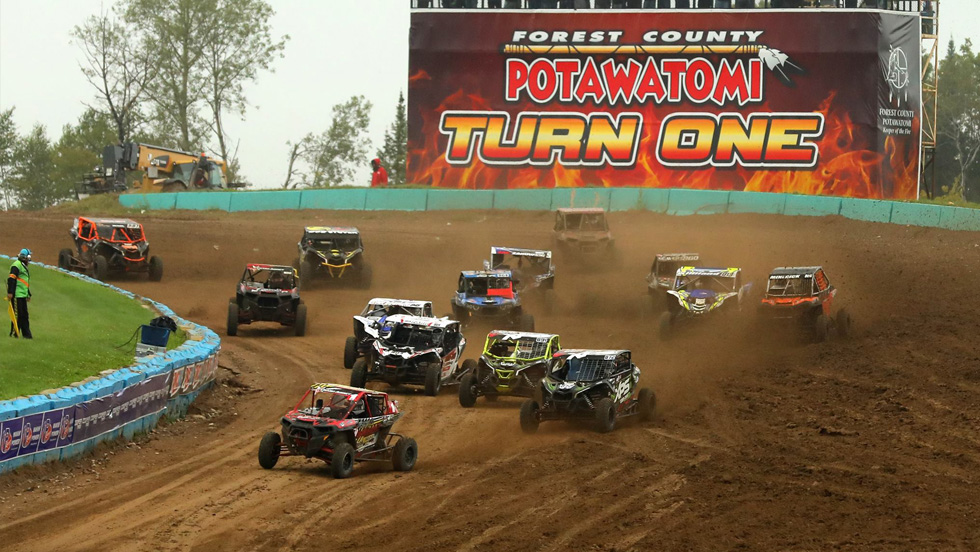 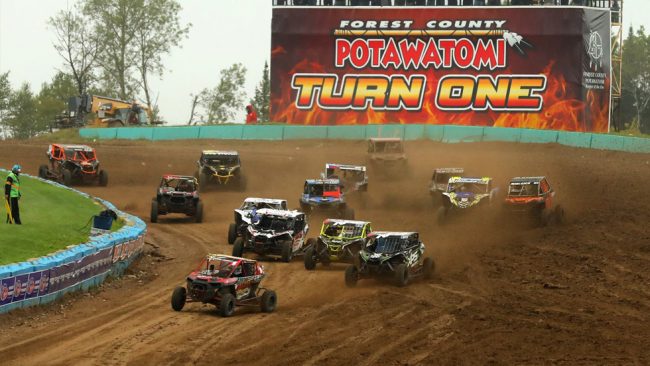 Luburgh sat out Saturday’s TORC race at Crandon, focusing all of his efforts on the Sunday events. It worked. After some last-minute clutching changes and running 30-inch GBC Tires, Luburgh quickly moved into the top five after the land rush start. He took second on lap five after a hard charging battle. 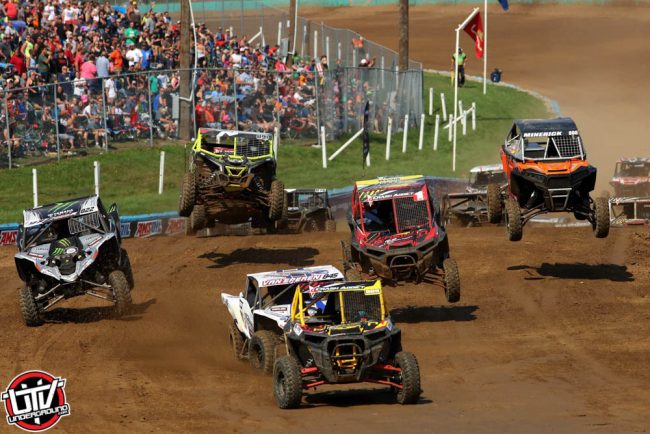 On lap seven of the 12-lap event, he came out of a physical three-car battle with the lead. He held off several hard charges during the final laps to notch the victory.

“We’ve really struggled in the stock class this year, so we’ve just been playing with stuff,” explained Luburgh. “We relaxed a little and started really thinking outside the box. We ran 30-inch GBC Tires today, which I’ve never done before. We used it to gain a little more top end and it worked. The change that Jimmy made to the clutching was perfect for the way the track developed today. It was a nice track and he nailed it. It was a battle. There was a lot of bumping and grinding, but we all had fun.” 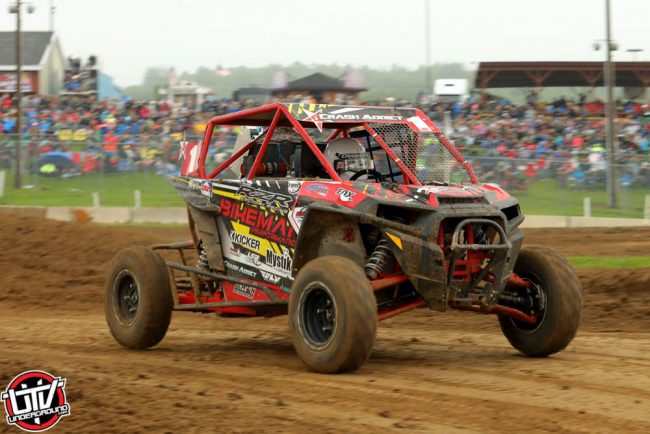 GBC Tires, Fox Shocks and a perfectly prepared Polaris RZR were the key to his victory. The competition was extremely even, making for an exciting race, but also made the victory that much sweeter.

“The GBC Tires really helped the car this weekend,” said Luburgh. “Tires a huge deal in this game so if you can really hit your setup well, these are the kind of results you get. The Fox Shocks were great. Really everything on the car worked great.”

Jimmy Krantz hit the setup perfectly for the track. A tacky racing line and a lighter cushion made for a much more competitive race. “We made a last-minute change to the clutching that was pretty much a night-and-day difference,” said Krantz. 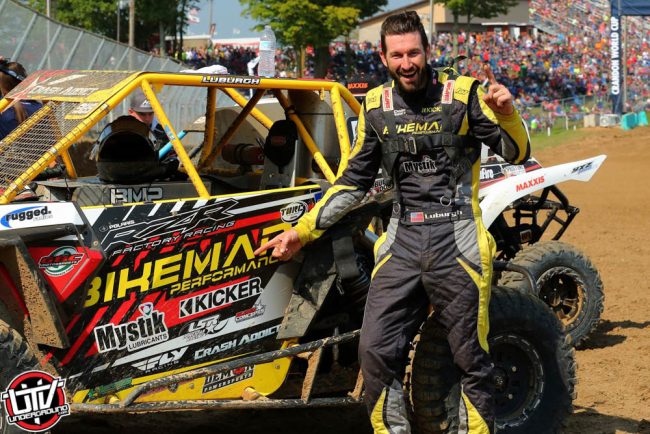 Luburgh demonstrated that acceleration in the Pro Modified race, contested immediately following his Pro Stock victory. Luburgh snagged a huge holeshot at the start and looked well on his way to a sweep. Unfortunately, a full-course caution caused the car to experience heating issues and he fell off about halfway through the race.

“That’s the class I was really gunning for this weekend,” said Luburgh. “I know the track better from the stock race and I wanted to win. I pulled the holeshot and felt like I had a good lead. I was comfortable, but that heat issue took me out of the game.”

Track officials believe it was the largest crowd in the event’s history. Luburgh was pumped to put on a spectacular show for the 60,000-plus fans. 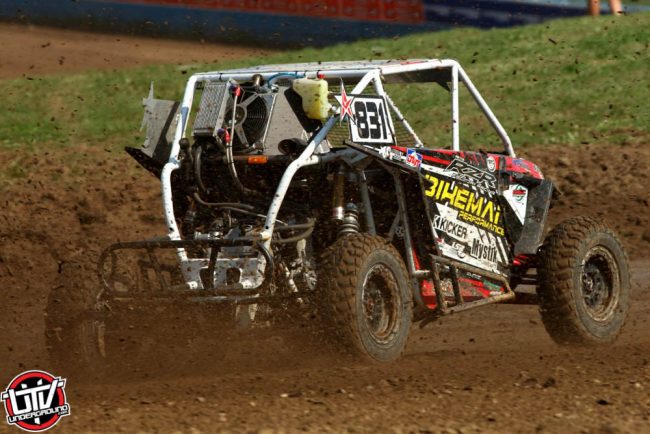 “The crowd is amazing,” said Luburgh. “This fall Crandon crowd was definitely the biggest one I’ve seen. Everyone is so into racing and it’s nice to see so many like-minded off-road people in one spot.”

Luburgh’s teammate Treavis Poynter also looked strong at the start of Saturday’s TORC Pro Modified race. He took a massive holeshot at the start of the race before mechanical problem took him out of contention.

Colten Moore, still unable to drive do to his spinal fusion which is still healing, allowed his Rockstar Energy teammate, RJ Anderson, to hop behind the wheel. RJ came from mid pack to pull off an impressive 4th place finish.

The Bikeman team is looking to finish out the season strong as the TORC Series next heads to ERX Motor Park in Elk River, MN. The triple header season finale is scheduled for September 22-24 at the purpose-built off-road track.