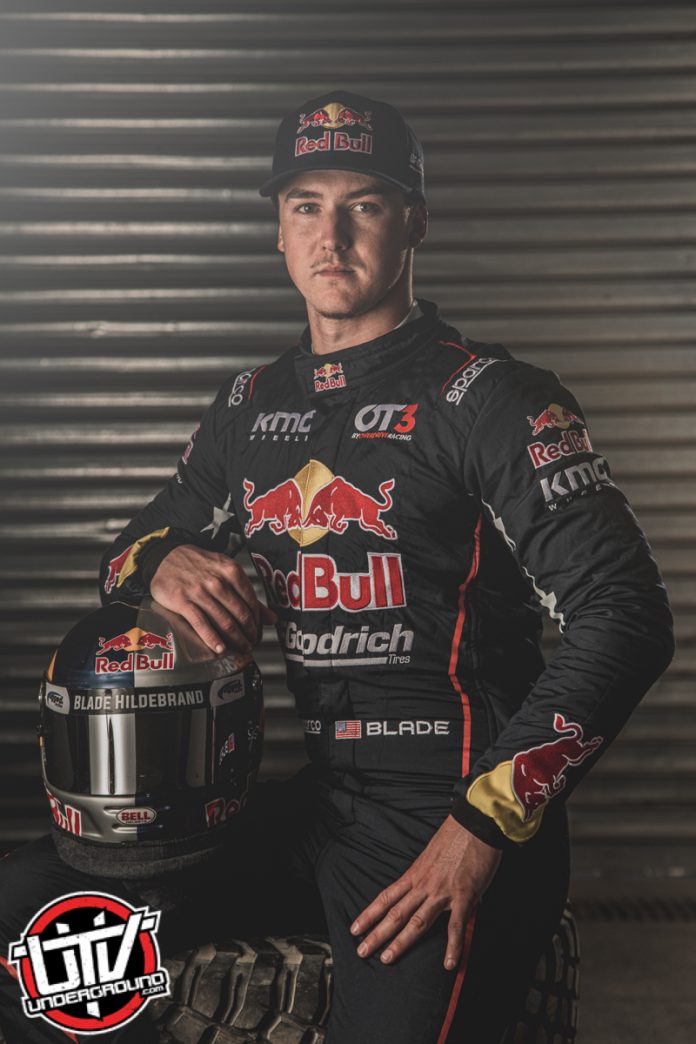 In 2019, Blade Hildebrand raced in his first Dakar Rally. And – at 20 years of age – he won in the OP.1 class. A well-rounded driver who has also notched victories in everything from Sprint cars to Stadium Super Trucks, Blade has “fallen in love” with off-road racing. Next, as he races UTVs for the Red Bull Off-road Junior Team USA, he’ll pursue his obsession in some of the biggest races on the planet, returning to Dakar, facing new international challenges and taking on the Best in the Desert series in the USA.

Blade was born and raised in California’s Yucca Valley, where he was racing before he started kindergarten.

“My dad raced NASCAR a bit, and then my brother got diagnosed with bacterial meningitis, so dad handed the reins down to me and my sister,” Blade says. He raced mini-moto and go-karts, and the family put a dirt bike team together by the time he was five.

Nearly every weekend, Blade was competing at venues like Glen Helen, one of his home tracks. On the KTM 65 team, he raced in events including the Loretta Lynn’s Motocross Championships and Seattle’s Super-Cross Challenge. But by his mid-teens, he switched to four-wheel racing, and it didn’t take long for him to make his mark.   In 2016, Blade won the SNORE Class 5 Unlimited Championship, and on his first day in Class 10, he took first in a Best in the Desert race. At Laughlin’s Rage at the River, where Blade also logged a win, famed racecar driver and team owner Robby Gordon approached him about racing Stadium Super Trucks. Blade raced for Gordon in 2017, 2018 and 2019, and it became apparent that the young Californian had a particular talent for desert racing. So Gordon put him in a side-by-side at Dakar.

“It was my first Dakar Rally, no experience at all, and I ended up winning the OP.1 class!” Blade marvels. His time in the grueling 3,107-mile rally was 75 hours, 12 minutes and 44 seconds.

Ask Blade what he likes about off-road racing, and he lights up.

“There’s no other feeling like it in the world. It’s so unpredictable. So much fun,” he says. “Blitzing through whoops almost out of control, but in control somewhat… just thinking about it gives me goosebumps.”

Yet he acknowledges, “Dakar is the toughest race that I’ve ever endured. There’s no way to completely prepare your body, physically or mentally. It’s like putting 12 Baja 1000s together in 12 days – everything it throws at you is super hard.”

In 2020 Dakar moves to Saudi Arabia, which Blade believes will be even tougher than Peru in 2019: a longer distance, high altitude and “super peaky” dunes. To get ready, Blade went with his fellow Red Bull Off-road Junior Team USA members Mitch Guthrie Jr. and Seth Quintero to Morocco, where they began preparations while being mentored by Dakar winners Cyril Despres, Nasser Al-Attiyah and Matthew Baumel. Then training continued in France and Andorra, where Despres makes his home.

“It was amazing to see the different cultures. And having Cyril as a part of the program is awesome. He knows what it takes to win at Dakar, and for him to give us that information helps so much with the mental side,” Blade states. “But also having Red Bull and Overdrive behind us helps that much more. Having the right backing – the right group of people who want to see you succeed – is a big part of it.”

Besides international races like Dakar and the Rallye du Maroc, the Red Bull Off-road Junior Team USA is slated for the Best in the Desert Series back home. “A lot of my racing has to do with my family. I keep pushing forward for my brother, my mom, my dad… all of them,” Blade explains. “To bring the car to the States and race it in front of family and friends and sponsors at big events like the UTV World Championship and the MINT 400– I’m super excited.”
Blade hopes that his experience racing UTVs on the Red Bull Off-road Junior Team USA could eventually lead to one of the “top dog” classes of rally racing. “But,” he says, “I think the main goal of everyone on the team is to step up. I don’t want to sound cocky, but I want to go out there and win. That’s the ultimate goal.” 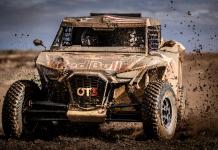 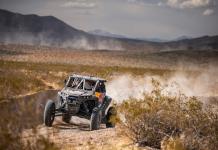 Racing the Mint 400, King of the Hammers and Vegas to Reno | Destination: Dirt – E3