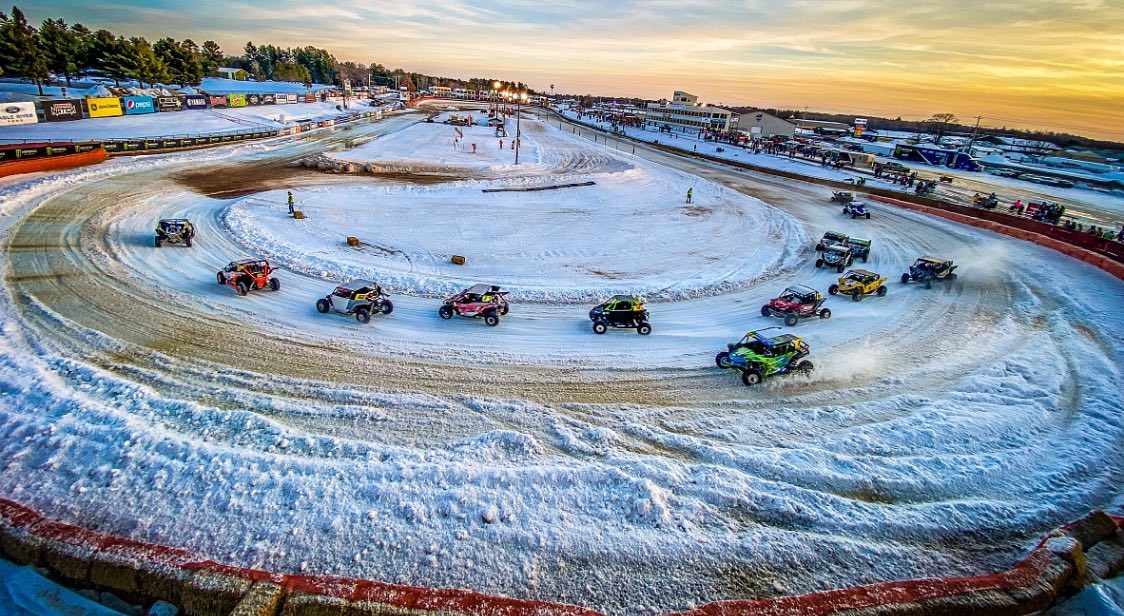 Few racing series offer the kind of surface diversity of Monster Energy King of the Elements, the SXS Sports-organized series that challenges UTV racers to take to all types of terrain over the year. The series returned on Saturday with the Arctic Derby Dash in Eagle River, Wisconsin’s World Championship Derby Complex, the same venue that hosted last year’s opening round as well.

Six different classes hit the track for the 2021 opener, including the series’ first-ever SXS Diva Powder Puff race. When all was said and done, Brian Joski scored the Pro Mod victory and took home the $3,000 winner’s check after upsetting Kyle Chaney in the heat race, taking the lead from Brian Waszak early on, and holding off a hard-charging Rodney VanEperen in the 12-lap feature. It was Joski’s best finish in the series since an eighth place at Dirt City Motorplex two years ago. Luke Stubbs completed the podium over Chaney and Scottie Lawrence after third through fifth changed hands multiple times in the closing laps.

VanEperen’s second place in Pro Mod came shortly after a third place finish in the Pro Stock class, as he completed the podium behind his son Owen in second and race winner RJ Lego. Lego, who started ninth, charged through the field in the first half of the race, making the decisive pass on Owen VanEperen with four laps to go.

Chase Kleist took the Sportsman victory after he and Jake Kosmecki got around Riley Marquardt just past halfway in their nine-lap feature. Both Collin Paitl and Ellah Holtger took dual podiums in the youth classes, with Holtger and Paitl finishing second and third to Troy Johnson in the 570 race and Paitl beating Corbyn Wassenberg and Holtger in the SXS Mini feature. Amber Holtger wrapped up the festivities with a win in the Diva race, making the decisive pass on Shantel Homernik on the final lap of the night after wheel-to-wheel contact down the frontstretch.

A rebroadcast of Saturday’s event can be found here. Monster Energy King of the Elements continues with the Spring National from Dirt City Motorplex on May 21-22, and returns to 141 Speedway on September 17-18 for Chaos at the Creek. Jimmy Henderson and Rodney VanEperen are the defending Pro Mod and Pro Stock winners from Dirt City, respectively, while Scottie Lawrence and Scott Wasz took the checkered flags in the top two classes in last year’s visit to 141.