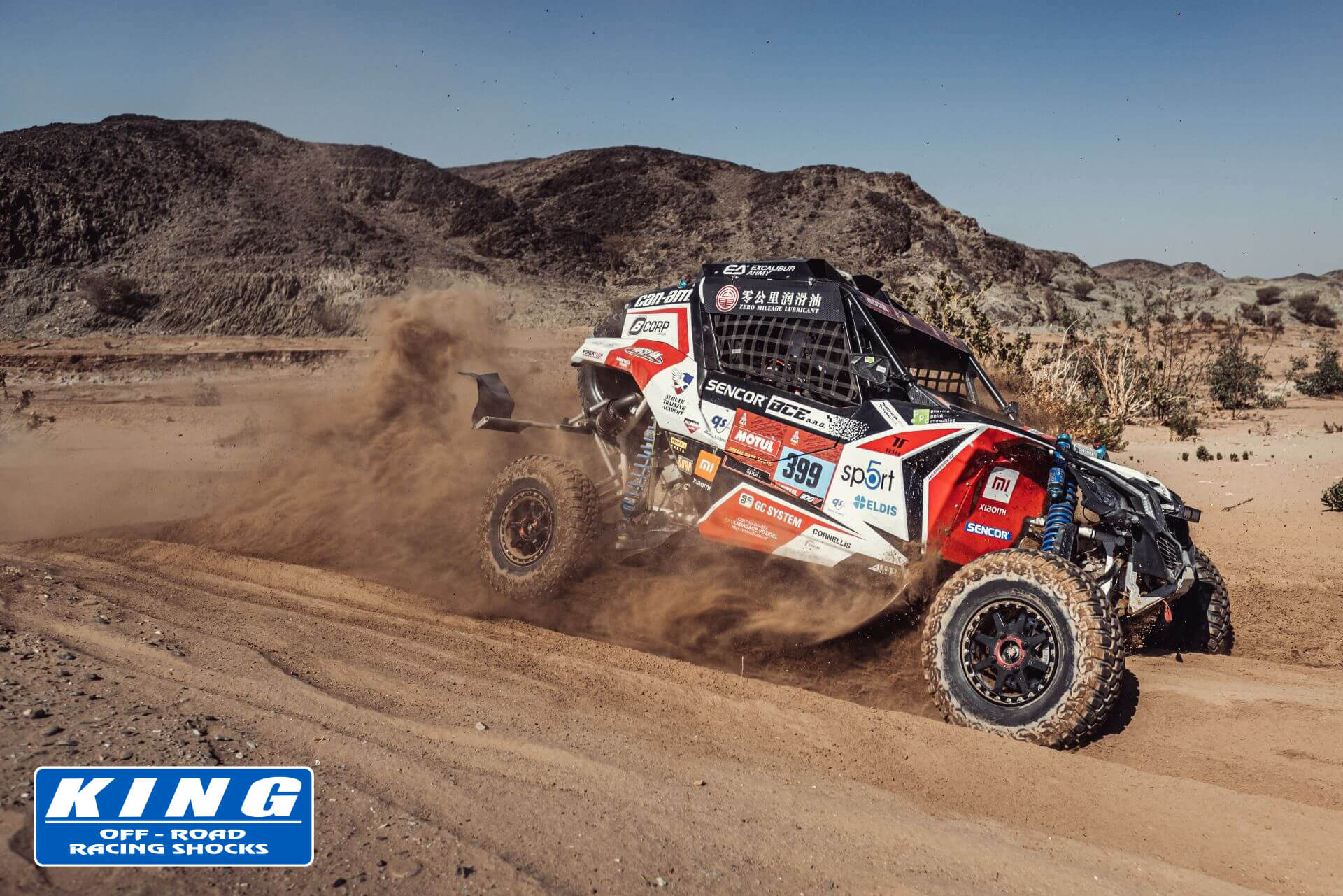 Few events in motorsport capture both man’s sense of adventure and the ultimate test of machinery like the Dakar Rally. The two-week odyssey through some of earth’s most challenging terrain chews up and spits out even the most prepared drivers and crews on a regular basis. That challenge regularly attracts the biggest names in racing, from former World Rally and Formula 1 champions to all-star drivers from any background imaginable, to take part in 12 grueling stages through the Saudi Arabian dunes.

For a week and a half, the big story in the new T3 lightweight prototype division for side-by-side vehicles this year had been one of the event’s youngest racers, as Seth Quintero became the youngest stage winner in the history of the event. But when all was said and done, top honors in T3 went in the other direction. Dakar legend Josef Machacek of BUGGYRA Racing took the glory in the first-ever T3 event, and in doing so, became the oldest division winner in the storied history of the event at 63 years old.

Getting there, though, is far more than the sum of just those two weeks. For BUGGYRA, winning the 2021 event was the culmination of ages of of blood, sweat, and tears—and the sum of experience gained over years, even decades, in motorsport for both the team and key partners like King Shocks. This is their story.

“Dakar is truly the toughest motorsport event,” explained BUGGRYA Racing team principal Martin Koloc. “From the prospective of the racing brand BUGGYRA, the Dakar serves as the best proof of our technical and development abilities. Measuring our performance with the best players in the industry under harsh Dakar conditions is a valuable challenge.”

Koloc is uniquely qualified to pass that judgment. BUGGYRA’s portfolio of racing successes includes everything from multiple FIA European Truck Racing Championships to land speed records. The team fields a Mercedes-AMG GT3 in China and a Lamborghini Huracan EVO in European Super Trofeo events. They even operate both a young driver academy and sim racing program.

And then there is the Dakar. Back in 2014, when the event still ran in South America, BUGGYRA partnered with truck manufacturer Tatra for their first attempt at the race with driver Martin Kolomy. They’d score their first top 10 a year later, and first stage victory the year after that, and have been a regular presence in the bivouac ever since.

“The spirit of Dakar is extraordinary,” continued Koloc. “The whole team is pushed to its essential limit of surviving, namely, once we’re talking about servicing four vehicles. I went through many Dakars, but the 2021 edition has been the toughest, but the nicest venue we have done so far. The whole team of 61 people (46 on stage and 15 at home) worked hand in hand throughout long nights, never losing good spirit and willingness to do all possible to achieve the goal.”

In 2019, with an eye on the future, BUGGYRA made the decision to tackle two divisions of the rally. In partnership with BCE s.r.o., which represents Can-Am in the Czech Republic, BUGGYRA laid the foundations for a long-term program in the rapidly growing SSV division. Dozens of key partners were utilized in the process, including King Off-Road Shocks, the California-based off-road shock company with countless victories in every major off-road event in North America.

“We have been planning the expansion beyond the truck category for a while, and since the SSV category developed dynamically in past years, it was the logical choice,” Koloc explained. “Our project is also supported by BUGGYRA Academy, which has great mentors in its off-road section like Josef Machacek, Ignacio Casale, Alvaro Leon, and Josef Kalina. We’re aiming to bring our young lady drivers, Aliyyah and Yasmeen Koloc, to Dakar 2023 once they reach the age of 18.”

Stay tuned next week for Part 2 of BUGGYRA Racing: The Path to Dakar Glory!