Home All Stories BUGGYRA Racing: The Path To Dakar Glory | Part 2 – The... 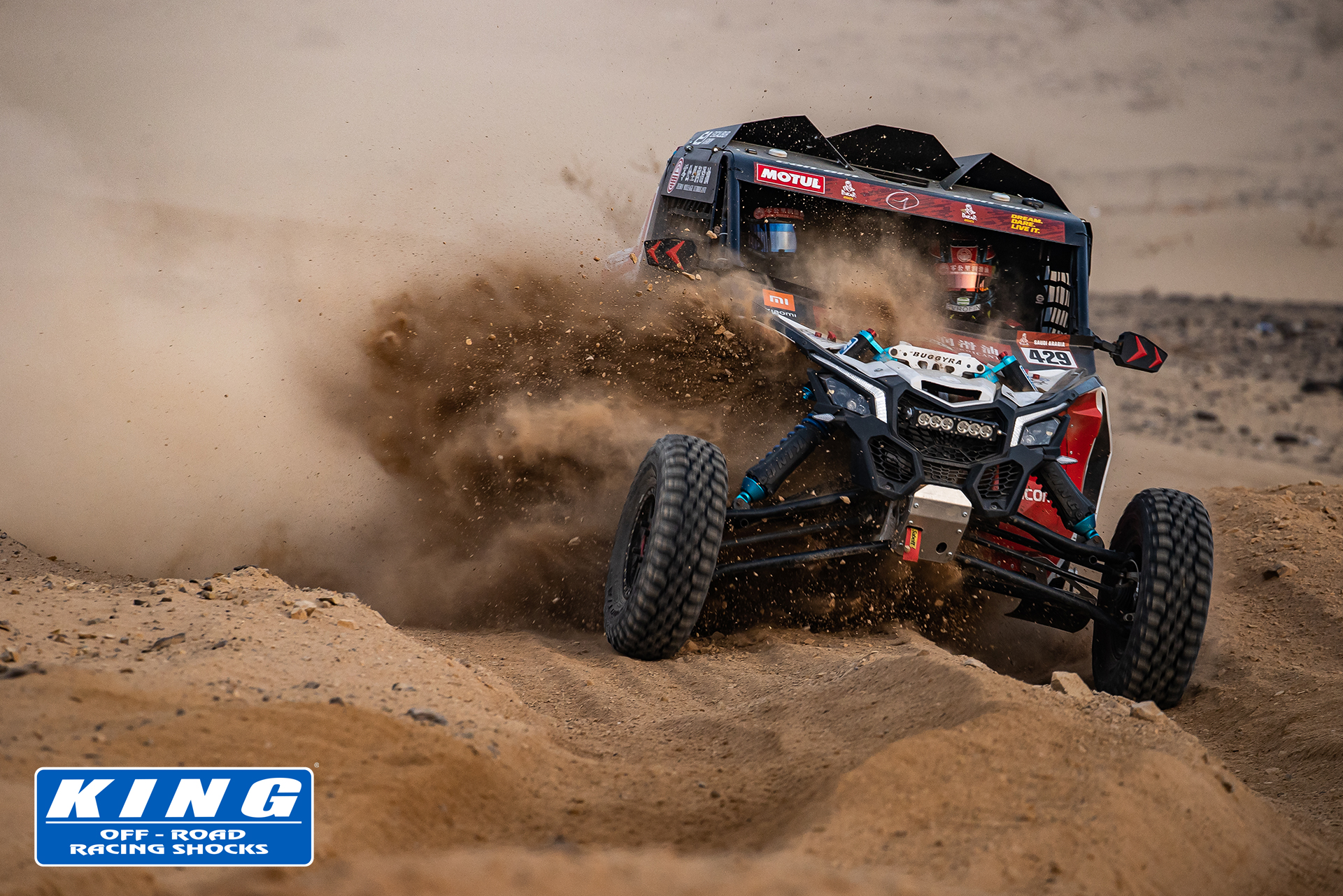 The Czech Republic produces some of the Dakar’s most successful racers, but few are in the same air as Josef Machacek. Born in Chrudim in 1957, Machacek scored numerous accolades on motorcycles in Europe in the 1980s and 1990s before finally making his Dakar debut on a quad in 1999. Undeterred by a DNF in his first try, Machacek won the class three of the next four years, and five times in total—the last at 51 years old in 2009.

After continuing on in both the quads and even multiple starts in cars, 2020 brought a new challenge for Machacek when he aligned with BUGGYRA to make his Dakar SSV debut. In spite of the traditional new vehicle growing pains, the team still finished the event on its first try, coming home 27th thanks to the combination of driver and team experience in other categories.

“Josef is a very fast driver despite his age, and his experiences helped us to develop a competitive vehicle,” said Koloc. “Our participation in 2020 gave us the opportunity to collect racing data and take the proper decision for 2021-2025. Even though we expected our 2020 premiere would be a technology base and 2021 would need just some ‘fine tuning,’ we must have completely redesigned the vehicle and the structure of the team.”

“There are some major differences between the 2020 and 2021 versions of our SSV,” Machacek told Dakar.com before the event. “Last year’s Dakar was tough, but I’m glad of the challenges we had to face. They clearly pointed us in the right direction, showing us what needed to be adjusted and changed. There has been a tremendous amount of work done to create a new and improved version of our Can-Am. Pavel (Vyoral, co-driver) and I had some opportunities to train and test our vehicle before Dakar 2021. We got comfortable with the new, improved version of the Can-Am.”

“The new 2021 vehicle does have very little in common to its 2020 predecessor,” Koloc added. “Our Buggyra Can-Am DV21 is a very powerful vehicle, easily serviceable with open upside potential towards 2022.”

With a new weapon in its competitive arsenal, the only thing remaining was a second driver. Already with one Czech racing legend on the squad, Koloc and BUGGYRA doubled down, bringing Tomas Enge into the fold for his Dakar debut.

“Tomas Enge is a living racing legend—circuit racing in F1, GT, a winner of LeMans in 2009—with a deep passion for rally,” noted Koloc. “It seems that he’ll spend the last part of his racing career throughout off-road and Dakar. He’s involved in the project of BUGGYRA Academy in two capacities, as the tutor responsible for the GT and formula drivers development and the ‘student’ of rally at the same time.”

“Tomas is a racing driver in body and soul,” added Machacek. “I’m glad we’ve been able to work together, because he has great potential. He simply needs to adjust to the Dakar, which is not about asphalt, but dunes with holes and other obstacles on the route.”

“Looking over my whole racing career, I feel the Dakar is like the cherry on the cake for me—after all the disciplines I’ve competed in, all the competitions I’ve done, all the cars I’ve driven,” Enge admitted. “The Dakar is huge, and very popular in the Czech Republic. I’ve been following it since I was very young. I started to dream about competing in the race one day and experiencing Dakar. I’m looking forward to competing not only once but several times, that would be my objective right now.”

Of course, all the driving talent in the world can only take a team so far without dependable and reliable parts. BUGGYRA teamed up with numerous key suppliers, including new partner King Shocks, to refine their platform for the challenging event, and bring new technological developments to consumers.

“We’ve been a part of the racing industry for more than half of the century, therefore we always looking for mutually valuable partnerships with suppliers and partners,” Koloc explained. “Our fresh partnership with King Shocks is based on a shared enthusiasm for racing technology. We are very keen to use King Shocks products. Our shared participation on future product development will serve all King Shocks customers with the direct benefits from our Dakar experience.”

Stay tuned next week for the conclusion of BUGGYRA Racing: The Path to Dakar Glory!