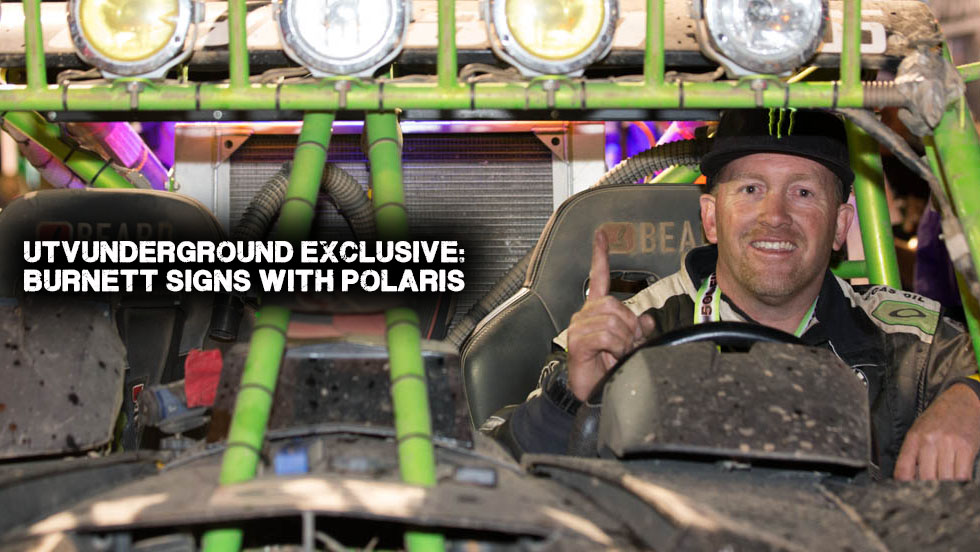 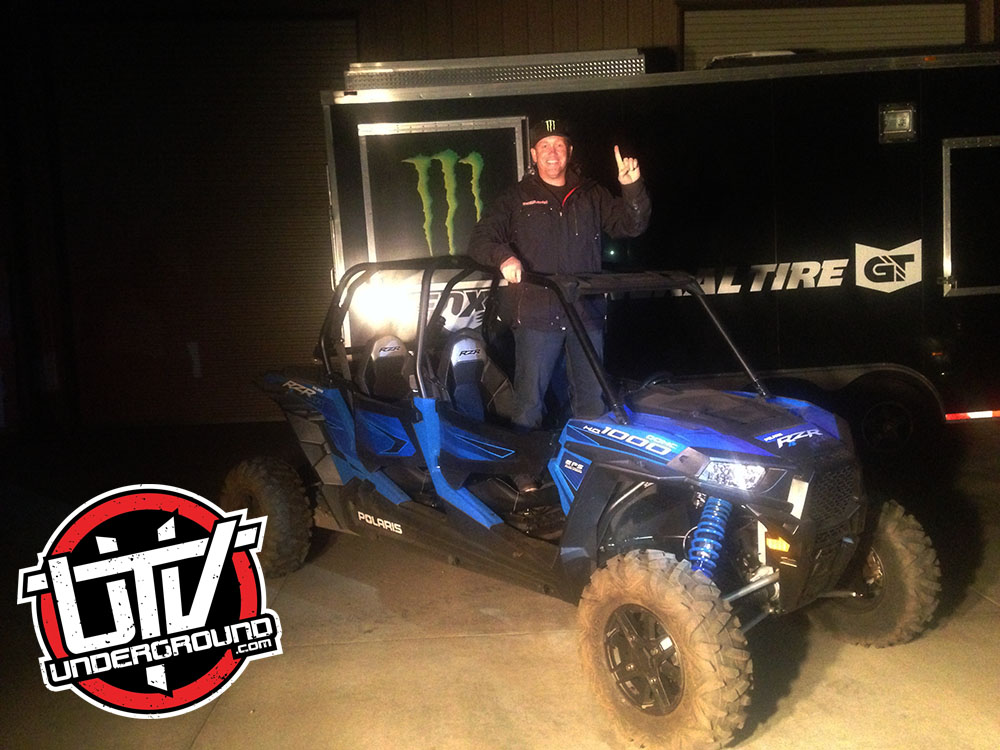 You read it right, your 2014 SCORE Pro UTV Champion, Marc Burnett, is making the jump from Can-Am to Polaris for the 2015 season. The announcement, which broke onThanksgiving Day here on UTVUnderground.com, is arguably the biggest racing news to come out of our sport in some time. Burnett is a hot topic of conversation on UTVUnderground.com, the forum is always buzzing with discussion about him and crew chief Reid Johnson. Johnson has been vocal in the efforts, successes and struggles of the Marc Burnett Motorsports program which has brought on both praise and criticism amongst the UTV race community.

I had the chance to speak with Marc prior to the Baja 1000 in confidence about the change. While he remained grateful and respectful towards Can-Am, competing until the very end, he was still very excited to be heading to Polaris and joining their factory race program.

“I have enjoyed my time racing as part of the Can-Am Team. Our team put in a lot of effort the past 2 seasons which culminated in the 2014 Championship at SCORE. We are grateful for all that Can-Am did for the MB Motorsports program but we are extremely excited to be joining the Polaris RZR Factory Racing Team. Its obvious to us that Polaris has the dominant platform combined with the sports best factory support program. We couldn’t be more excited to see just how the 2015 season unfolds.” – Marc Burnett // MB Motorsports

In addition to Burnett’s announcement surrounding his move to Polaris, comes the news that he will also campaign a RZR in both the Best In The Desert racing season as well as the SCORE racing season where he will defend his 2014 Championship. Burnett is currently in process of building 2 separate XP1000 RZRs, one for each series. This is a massive undertaking for any team, its a full schedule of racing with a lot of prep involved but Burnett is optimistic.

“To be the best you have to compete against and beat the best. At SCORE, the class is growing rapidly, but its obvious the bulk of UTV competition is stateside racing at BITD. While Baja and SCORE has always been my home, I can’t help but be excited to come take on the masses at BITD. We got a lot of work to do to get these RZRs ready for competition. There is no real off-season in off-road racing. So we have to be ready for that Parker 250 drag race in early January. From there its on!” – Marc Burnett // MB Motorsports

Its going to be an exciting season, we can’t wait to see how Burnett shakes up the UTV class while now competing in a Polaris RZR. We also are equally excited to see how they build these machines out. Burnett built the nicest race Can-Am our sport has ever seen, we can only imagine what they will come up with for the RZR platform. Only time will tell!

“I want to extend a sincere thank you to Can-Am, their fans and our teammates who supported us the past 2 seasons. We enjoyed our time there. I also want to say thank you to Craig Scanlon and his team at Polaris RZR. They recognized what we bring to the table as a complete race program. The support they have offered to the current and past RZR teams is bar none, tops in our sport. We are honored to be joining this top tier program and we can’t wait to compete and show the world what we can do on the best UTV platform in the world!” – Marc Burnett // MB Motorsports

We hope everyone enjoys their Thanksgiving, stay tuned to UTVUnderground.com for more breaking news!