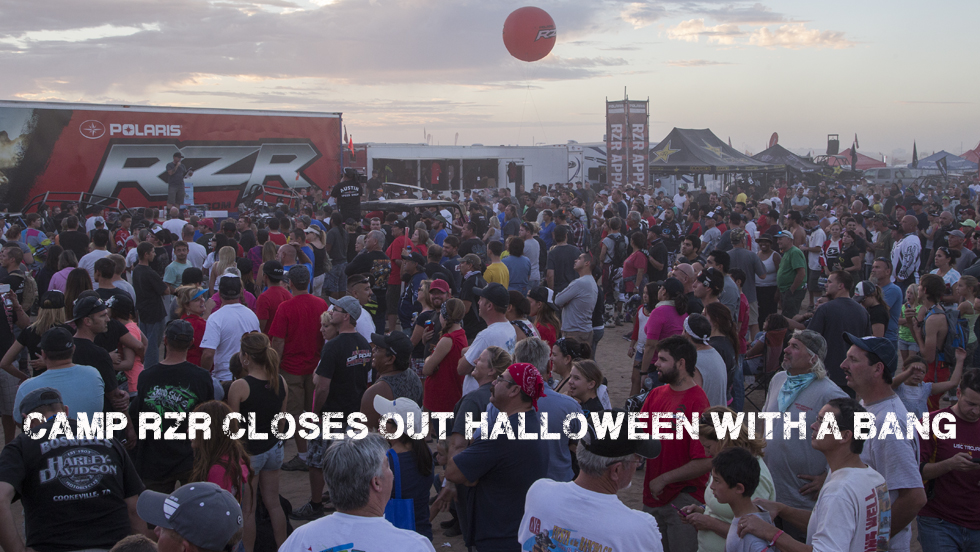 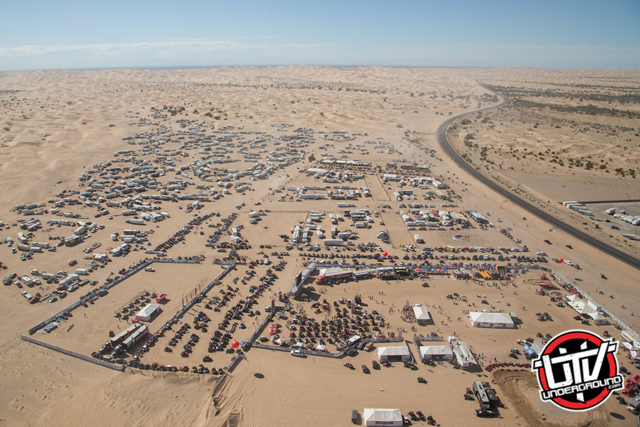 What a week.  Words can’t describe the amount of fun that was had at the 2013 Polaris Camp RZR in Glamis, CA.  It’s a privilege we share to be able to come out to the dunes and ride with our friends on any given weekend and a reward to have such an awesome company, Polaris Industries, to back it.  Polaris’ Camp RZR was a monster success and their way to thank all RZR owners who have helped them get to where they are today.  However, UTVUnderground.com would like to thank them for hosting the biggest party of the year in Glamis. 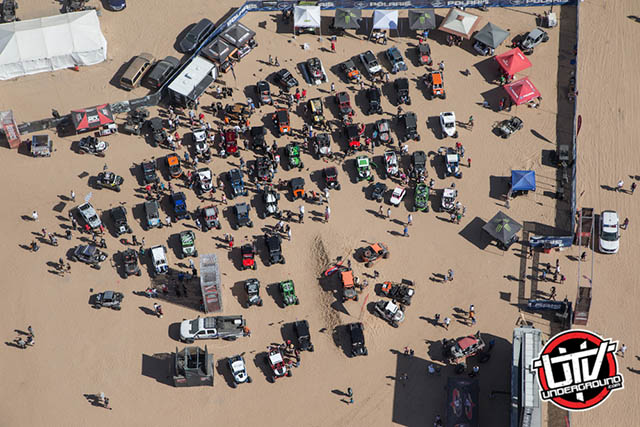 For the second consecutive year, UTVUnderground.com hosted our 2nd annual Camp RZR Show & Shine competition inside Camp RZR.  With a huge amount of entires, competition, it was more about creativity than dollars.  Prizes were awarded to four main categories including best paint/graphics, best electronics, craziest custom build and best in show.  Here are our winners: 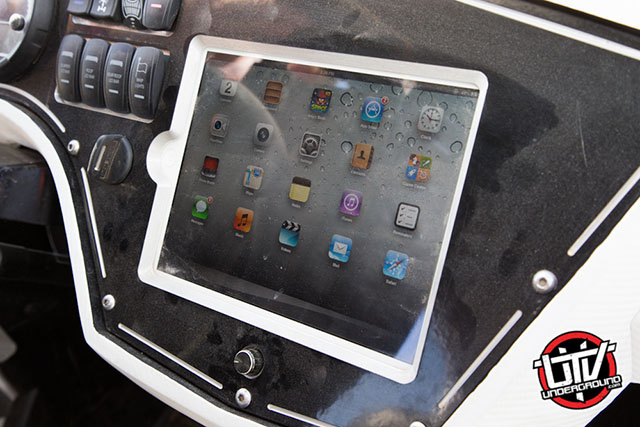 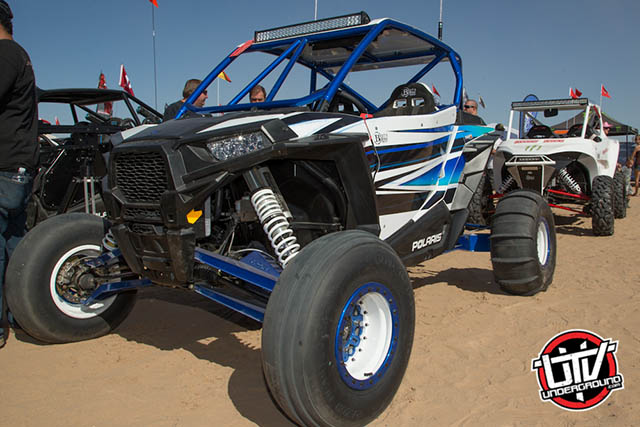 Best paint/graphic went to Burt’s UTV ICE, which was is an SDR/HCR full custom build.  This UTV features a custom Pro-Line wrap with color matched suspension sure to turn some heads. 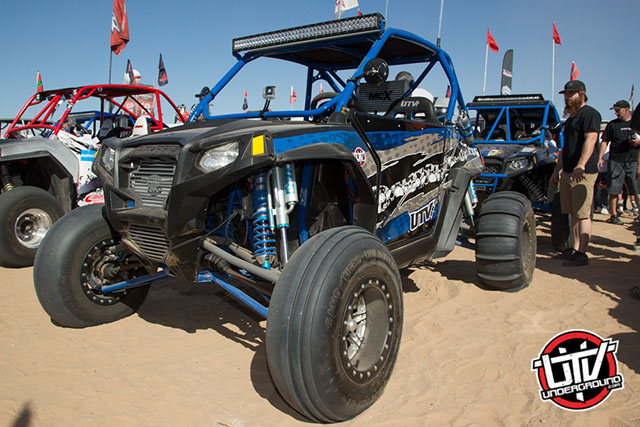 The most extreme UTV trophy went to Glamis King, Tim Gantz.  Tim’s first generation 2008 RZR 800 is machine.  An APEX motor swap and an MCX turbo kit mixed with 10″ custom suspension with King coil over bypass at each corner makes this UTV Inc. build one of the quickest in Glamis. 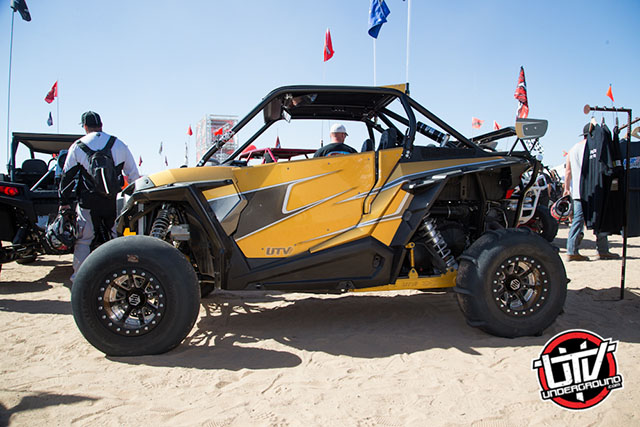 Prior to the announcements of the Show&Shine winners and immediately following the judges critiquing, all the entries, including a huge amount of people that came to check out these bad machines, all went out in the dunes for one of the, if not THE largest group ride ever ridden in Glamis.  We went straight out to Oldsmobile Hill, then found some deep bowls, enormous jumps and carved our way in and out of the bowls that led us back to Camp RZR. 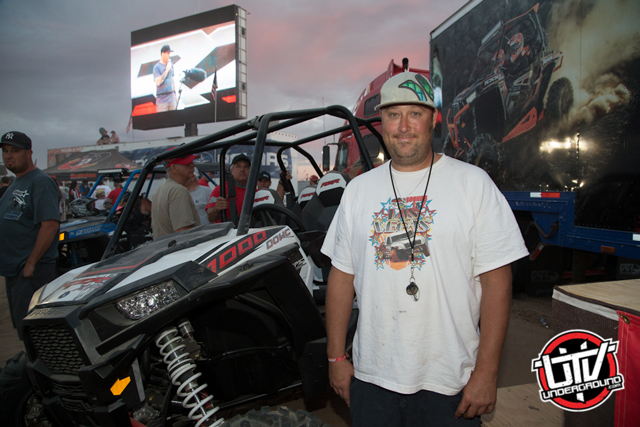 After the announcements of the Show&Shine winners, Polaris dished out the remainder of their giveaways and braced the crow for the finale giveaway of their new RZR XP 1000.  Brent G. from Hesperia, CA was the big winner and chose the 15 day old four seater in white.  Congrats, Brent.

Polaris was all about stoking people out this week.  From day one it was a nonstop party at Camp RZR.  They ended the week with a fantastic fireworks display that would rival any fourth of July.  Polaris went big this weekend and surely out with a bang. For now, all we can do is wait for the next Camp RZR experience but for now, thank you Polaris.  Thanks to all that came out to share in the adventure.  Thanks to all the partners that came out to add to the experience.  Most importantly, thank you Glamis.